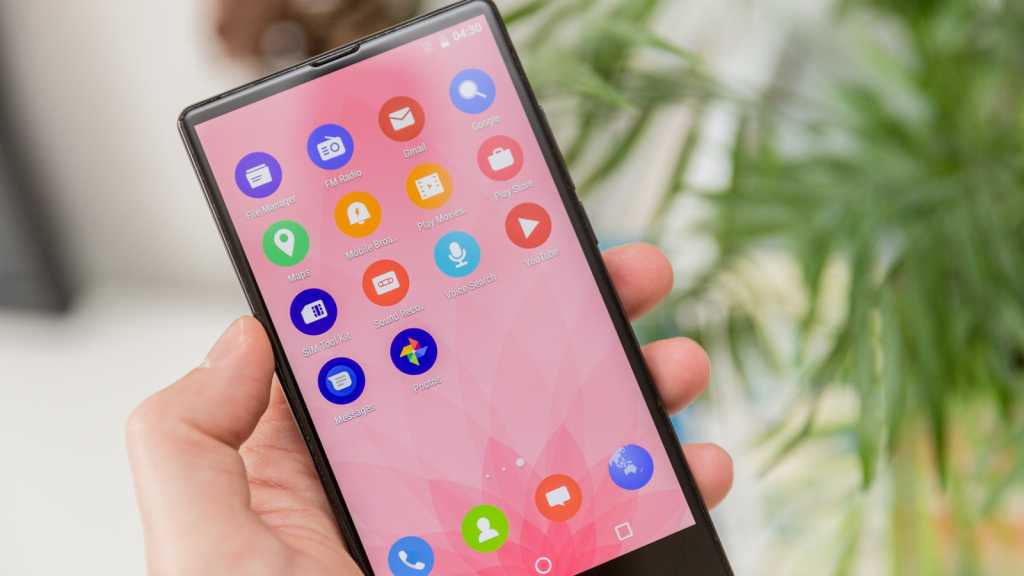 The Bluboo S1 might look identical to the Doogee Mix, but it doesn’t quite match its charm. It’s built solidly enough, and can perform day-to-day task without issue, but the awful camera does spoil things quite considerably. At £150 it’s not really one we’d recommend, especially when there are devices like the Nokia 5, Doogee Mix, and Motorola G5 around for similar prices.

Bluboo is one of a wide range of Chinese smartphone manufacturers seeing its products imported to the UK by online retailers. The S1 is its latest mid-range offering, boasting some decent specs for its low price. We find out whether you should be tempted by shopping overseas.

If you’re unfamiliar with the idea of importing phones from China, and wonder what benefits it has over purchasing a normal UK retail model, then take a look at our Chinese tech buying advice.

With the Bluboo S1 not being available from most UK retailers, and certainly not a model you’ll be offered by your mobile provider, those wishing to get hold of one will need to use specialist online shops like Gearbest, which supplied our handset for review.

At the time of writing the S1 can be had for £113.46 on Gearbest. Bear in mind that you may be charged 20 percent of the value printed on the shipping paperwork for import duty.

While many modern phones are moving to elongated rectangular designs, the S1 takes a squatter approach. The 148.6 x 74.3 x 7.9 mm gives the unit a blocky appearance that’s actually quite refreshing, and makes it practically identical to the Doogee Mix that we recently reviewed.

Weight is reasonable, at 169g, and the gently curved edges of the frame give the device a comfortable feel in the hand. It’s a slippery bugger though, as we found when it managed to slide off a perfectly level desk and plummet to the floor. Thankfully the Gorilla glass 4 display did it’s job and the S1 emerged unscathed.

Bluboo does include a free case with the device, so that should eliminate any future voyages that the phone has planned.

On the lower portion of the S1 there’s a fingerprint sensor/capacitive Home button which worked very quickly and reliably during our tests. There’s also a strangely placed selfie camera. We get that there’s nowhere else to put it, but having to turn the device upside down to take a photo is a new one on us.

Volume and power buttons occupy the right edge, with the Dual-SIM/microSD card slot found on the left. A pair of decent twin speaker are on the bottom, either side of the USB-C charging port. Sadly there’s no headphone jack on the S1, which continues the unwelcome trend in recent phones.

We understand why Apple did it – those expensive wireless Airpods aren’t going to sell themselves – but why Android manufacturers are heading down this consumer unfriendly road makes no sense.

A 5.5in display takes up around 90% of the front panel, thanks to thin bezels along the top and sides of the S1. This is aided by the use of the exotically named 2.5D Arc screen technology, which basically means that the side are slightly curved. It’s nothing as impressive as the Samsung Galaxy S8, and barely noticeable in fact.

The 1920 x 1080 FHD resolution is a good, with crisp images and bright colours making the contents of the screen really pop.

A 2.5GHz MediaTek Helio P25 processor is the brains behind the S1, and does a good  job of keeping things ticking along. 4GB of RAM helps apps remain snappy, and the 64GB of storage will be plenty for most people’s music and photograph collections.

Testing with games such as Loner gave us solid performance and no noticeable frame-rate issues. Geekbench 4 returned a scores of 855 (Single-Core) and 4063 (Multi-Core) for the CPU benchmark, which puts this device the lower mid-range in terms of speed. For day to day use it’s a phone that most people will find easily meets their needs.

It will also do so without flattening the battery too, as the 3500mAh made to the end of each day with still a little in reserve.

There are dual cameras in the S1 which combine 13MP and 3MP optics. You can get some decent images with the phone, but exposure and light metering seemed a bit all or nothing at times. Pointing at a building or landmark would either cause complete blowouts as the camera dealt with the sun, or a murky image that was overcompensating.

Autofocus was a bit wandering too, often taking a second or two to lock onto a subject. There are various modes that offer things like Bokeh-style blurring of images. In theory this would make use of the twin cameras, but the results were so poor, that they looked much more like a bad software rendition rather than a composite of two cameras. It makes us wonder if the 3MP unit is even functional.

A Pro option is available with manual controls, but performance was unpredictable across the board and often disappointing. You won’t be buying this device for its cameras.

The Bluboo interface brings its own style to the underlying Android 7.0 system. There is no app draw, which is common on Chinese phones, and the icons have been replaced with friendly, circular badged alternatives. It’s a colourful, if somewhat childlike, aesthetic, but certainly nothing much to complain about.

For the most part it’s simple, uncluttered, and responsive. Of course you can download and run the Google Now launcher, which instantly turns the unit into a Nexus/Pixel style device, or any other launcher to personalise the experience.