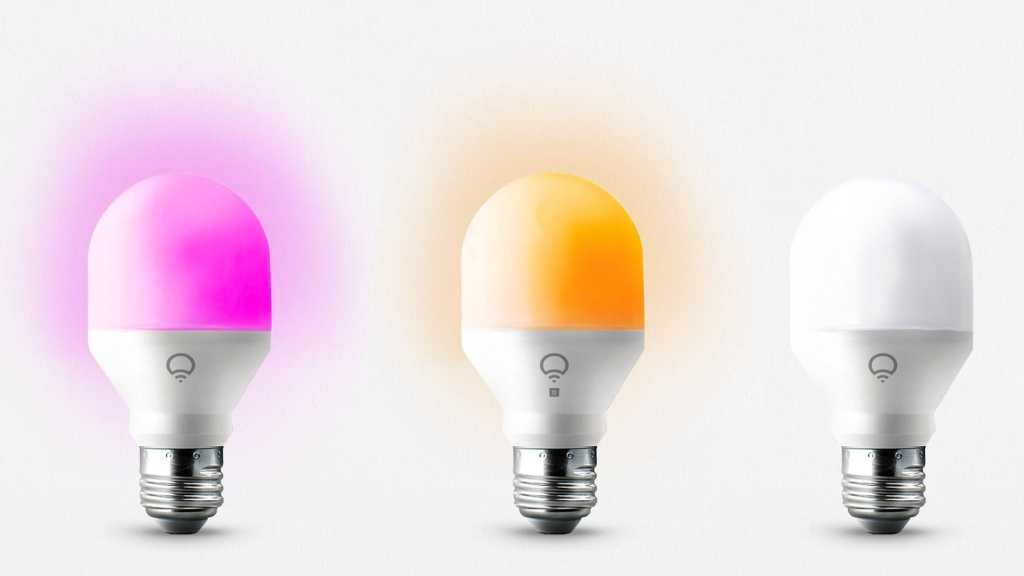 It’s smaller, cheaper and (slightly) dimmer than the original LIFX bulb, which means that the Mini is a great choice even if your light fitting isn’t tight on space. They’re not the cheapest smart lights by any stretch, but you get Alexa, HomeKit and Google Assistant compatibility and top-quality colours too.

LIFX has steadily broadened its range and improved its app over the last couple of years, but recently it has launched a surprising number of new lights, including the Tile and Beam.

The new Mini range, however, is perhaps the most interesting to most people. There are three models, one white, one with a range of whites (Day & Dusk) and a full-colour version.

As the name suggests, they’re smaller than the standard bulbs. They’re also cheaper, which should attract those who were previously put off by the steep price of the original bulbs which, at £60 a pop, meant you could never justify the expense for the three or four you need per room to really take advantage of the great colour themes.

The Mini White is LIFX’s cheapest ever bulb but at £24.99, but that’s still pretty expensive when you can buy colour bulbs from other manufacturers for less. (They’re not as good, mind.)

In the middle of the range is the Day & Dusk which lets you change the colour temperature from a candle-like 1500K up to much colder 4000K. That’s £29.99 direct from LIFX.

If you want all the colours, you’ll need the simply named Mini. Unfortunately that’s still disproportionately expensive at £44.99 although it is LIFX’s cheapest colour model yet. The A60 still costs £59.99!

You can get each version of the Mini in either E27 screw or B22 bayonet-type fittings.

For alternatives, check our roundup of the best smart lights.

One reason it’s cheaper is because it isn’t as bright. The ‘big’ A60 outputs 1100 lumens – really bright – but all three versions of the Mini kick out about 800. That’s roughly the equivalent of a 60W traditional bulb.

The fact it’s smaller is handy as the large one was often a tight fit in some lamps, and in others was simply too big entirely.

In other respects, there’s really no difference to previous LIFX bulbs: the Minis appear just as other lights do in the app and can be controlled in the same way.

For iPhone owners, though, there is a significant feature: HomeKit compatibility. This is pretty new for LIFX, but all the recently launched models now work with Apple’s smart home protocol. Unfortunately, this is likely to be the main reason prices have remained high: LIFX sells two versions of the Z strip and the HomeKit version is £20 more expensive.

A new feature in the LIFX app is Day & Dusk and this works not just with the Day & Dusk light but with any light which can change colour. 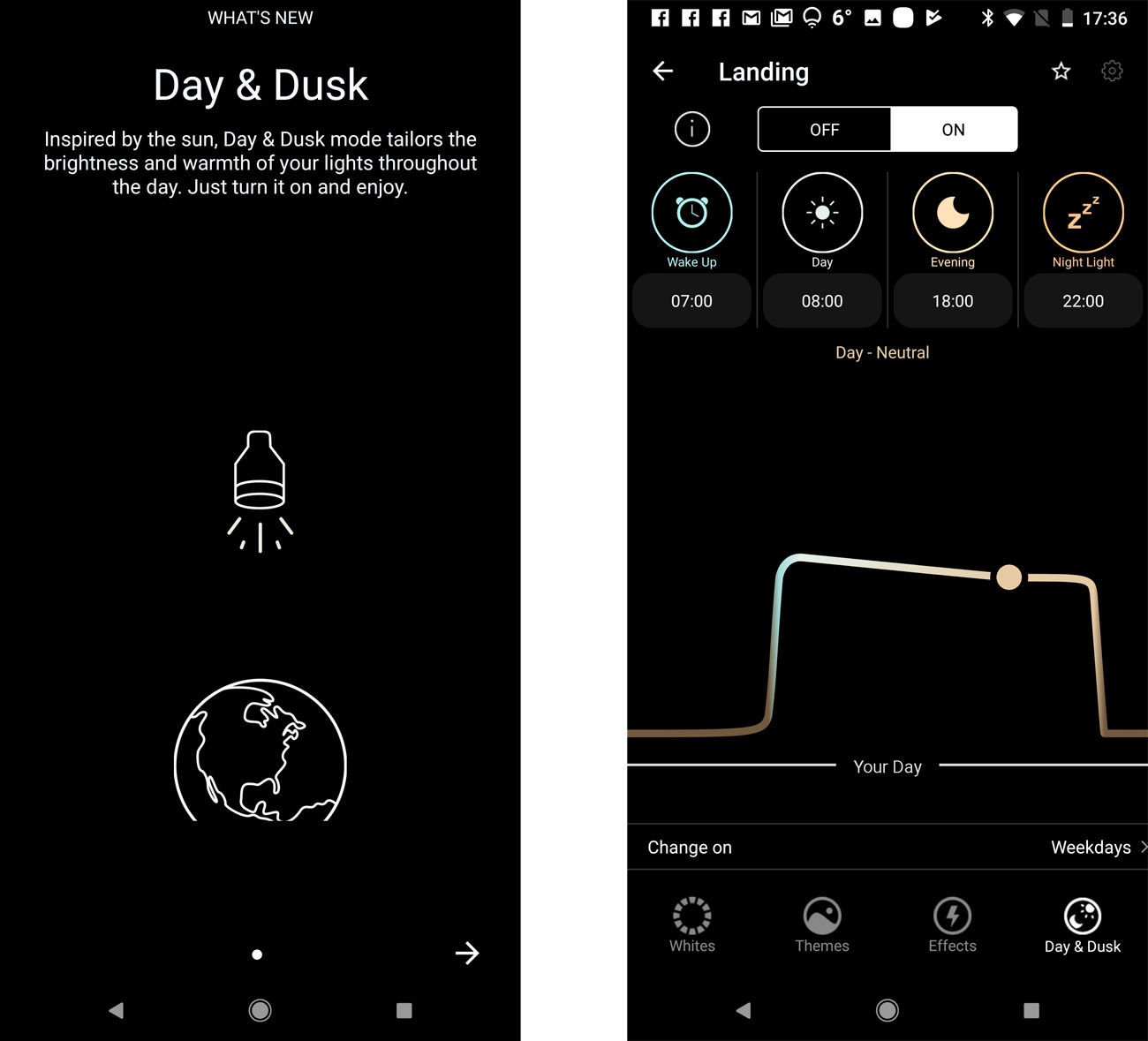 What it does is to split up the day into four parts: Wake Up, Day, Evening and Night Light. You can enable or disable any of these as you like, as well as altering the times at which they start.

By default, the light will brighten at 7am and produce a cool temperature to – we assume – help you wake up. At 8am it’s into full daytime mode with neutral light. The colour temperature then increases to mimic the setting sun at 6pm, then turns very warm for Night Light.

The latest app update lets you scrub along the graph to preview how the effect will look throughout the day. Previously you just had to wait until the set times to check it out, and we struggled to make it work at all. Now, though, it works fine.

You can choose which days of the week Day & Dusk will operate: the only limitations are that you can’t yet set different times for different days or choose the actual colour, temperature or brightness for each section.

In terms of performance, the Mini is exactly what you’d expect from LIFX: a top-quality LED light with excellent colours. Most of the ‘cheap’ colour bulbs struggle with yellows and whites, but as with its predecessors, the Mini has no trouble producing any shade. 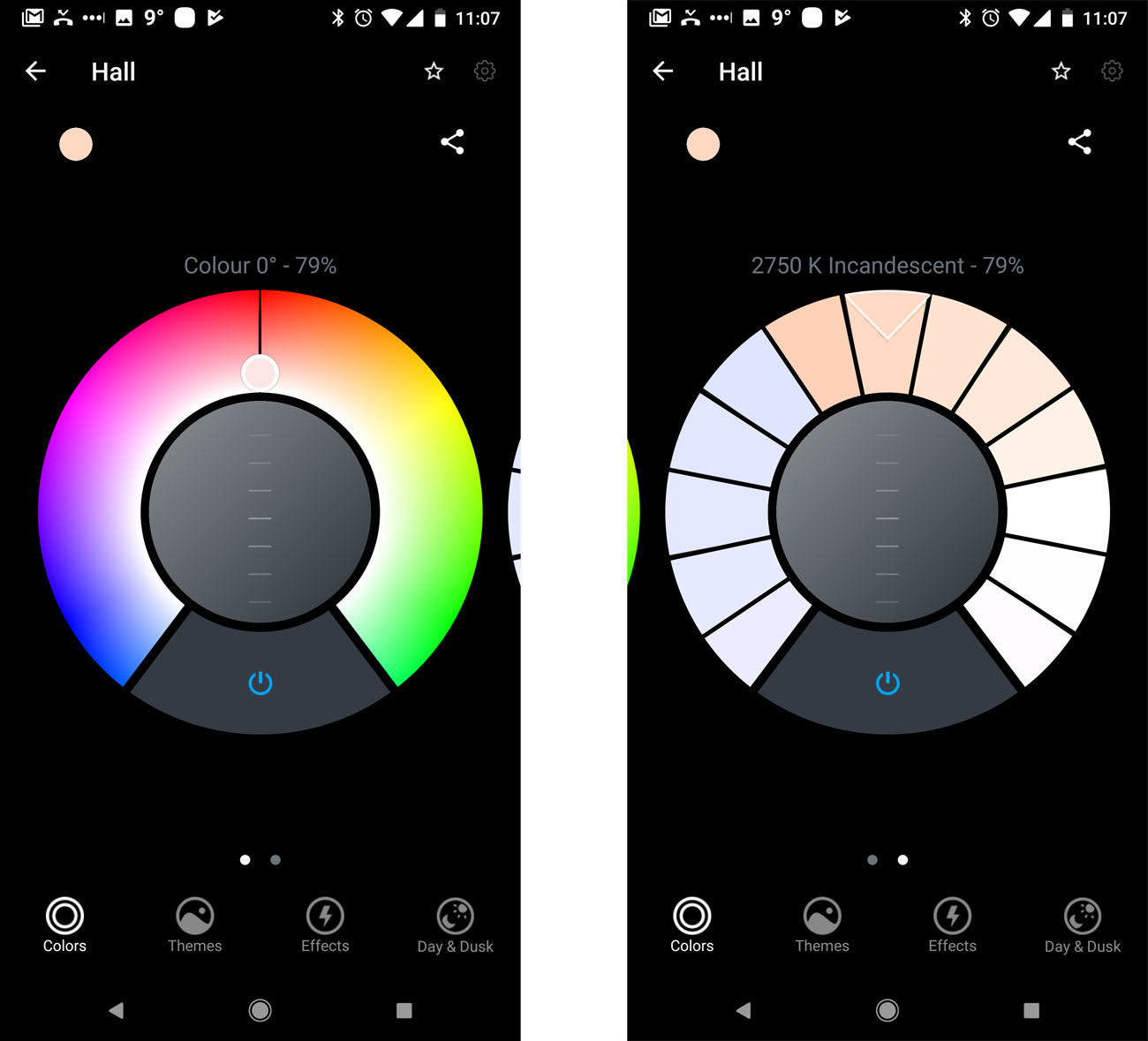 We also checked out the Day & Dusk version of the Mini which simply lacks the colour LEDs and so produces exactly the same range of warm-to-cool whites. And both versions can be dimmed down to 1 percent brightness via the app.

Subjectively, there’s not that much difference in light output between the Mini and the ‘big’ LIFX bulbs, especially as the peak output of 800 lumens applies only for bright whites and the chances are that you’ll use other hues most of the time.