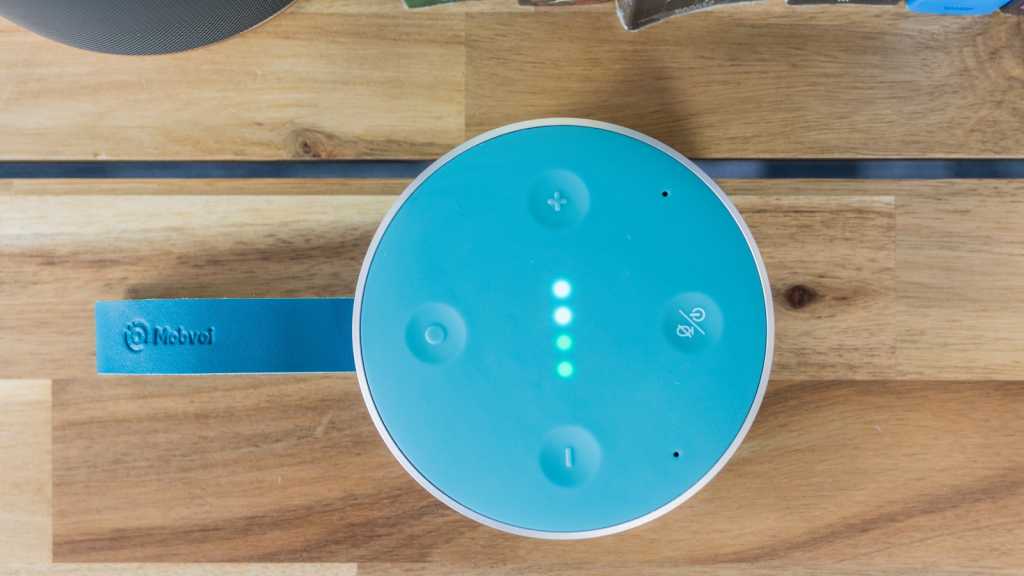 The TicHome Mini is a solid Google Home alternative. It has good audio, perfect Google Home app integration and a compact look that some will prefer to Google’s own hardware.  But unless you keep it plugged in all the time it’s going to annoy you when it runs out of battery, and you can’t use the smart features out and about because you need Wi-Fi. And you can get Google Assistant on your phone anyway. If you absolutely love the idea of a waterproof, wireless Google Assistant speaker then get it. But otherwise it’s more expensive than the perfectly adequate Google Home Mini.

When Google makes something as affordable, well-built and downright useful as the Google Home, it’s a risky strategy that another company would take the software and try to differentiate on the hardware.

With the also excellent Google Home Mini on sale that makes Mobvoi’s TicHome Mini an even odder proposition – it is the price of two Home Minis.

It adds waterproofing, a more durable body, a hook and a rechargeable battery to tempt you. When it works, it makes a lot of sense. Having a Google Assistant device in the shower or simply being able to move it wirelessly room to room is quite freeing if you regularly use it.

But its shortcomings are too much to recommend it over a Google Home product unless you really want a wireless Google smart speaker.

The TicHome Mini costs £75.25 in the UK, converted from the US pricing of $99.99. It sits awkwardly between the £49 Google Home Mini and the £129 Google Home. If your smart assistant is going to be in one place the whole time, they remain excellent.

The TicHome Mini has the same functionality though, and is available in white, black and teal.

Leaving the comparisons aside for a second, the TicHome Mini has a pleasingly premium build. It measures 110x43mm and is a circular shape with a rounded bottom section. When placed on a surface, the down facing speaker blasts onto it to create a deep bassy sound. 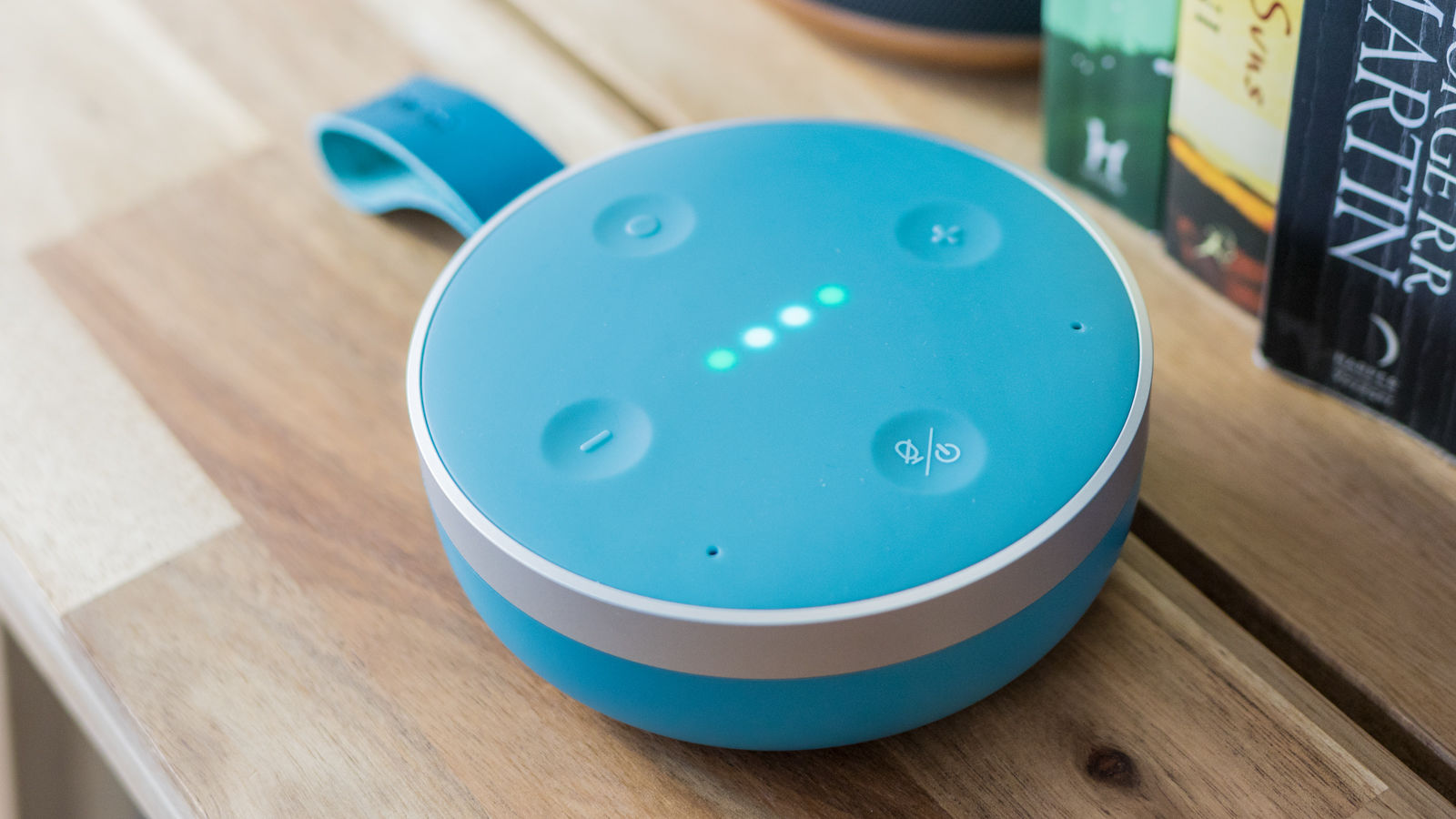 Four physical buttons on the top connect the unit to Wi-Fi (needed for Google Assistant operation), power off/on and turn the mic off, and adjust the volume. There’s also a leather hoop on the unit so you can hang it out of the way.

At 276g it’s similar in weight to some smaller Bluetooth speakers, which is what the TicHome Mini can be used for too.

The idea of a wireless Google Assistant is a good one. Why not try and move the cool convenience of Google Home away from the plug? But the TicHome Mini runs into problems as you need to stay in Wi-Fi range. Stray from it, and the smart aspect of the speaker will cease to work.

In our testing, the TicHome Mini worked best when close to Wi-Fi and plugged into the mains via the supplied micro-USB cable (there’s no plug in the box though). Yet this is to deprive it of what it boasts it can do, and what makes it different. 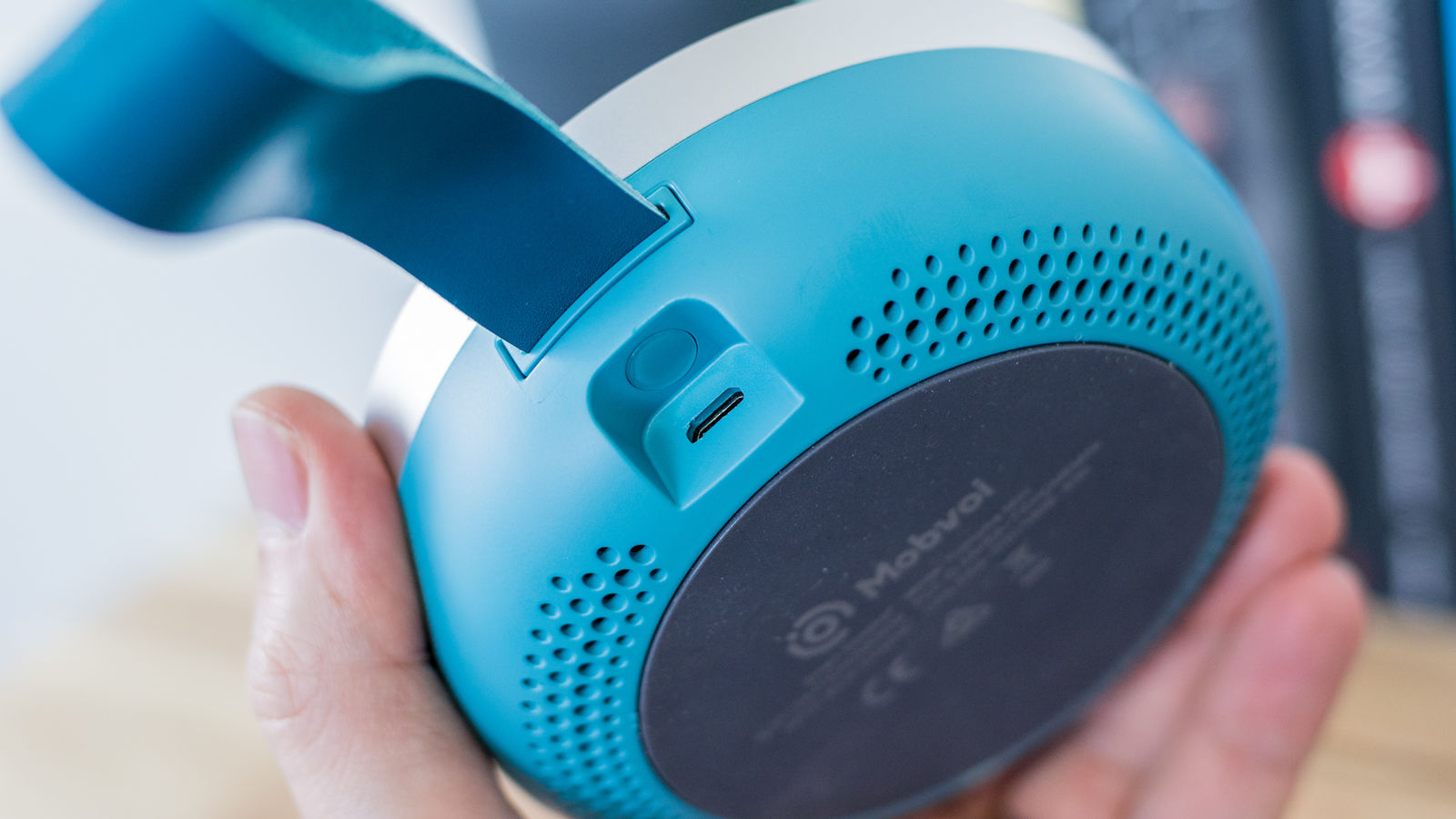 Taking it off power is fun at first, and we used it in the kitchen to stream music and podcasts before carrying it to the garden where it clung onto Wi-Fi signal and hung off various hooks and chair handles, with decent loud volume.

But leaving the unit powered on while not in use is a serious battery drain. To test this, we charged it fully, connected it to Wi-Fi and left it overnight. In the morning and a few ‘OK Google’ commands later to no response, it was obvious our unit had not lasted the night. To take advantage of its wireless functions, you really need to have it plugged in charging all the time until you need to whisk it away.

Google Homes do not need you to think about turning them on an off to save power. Adding that equation into use of the TicHome Mini dents its USP.

That the main draw of the TicHome is the ability to go wireless, it’s actually an odd differentiation. Sure, it’s cool to use it in the shower a couple of times thanks to the IPX6 splashproofing, but you’ll have to take it back to your room to charge it every day. We think you’ll find that annoying. 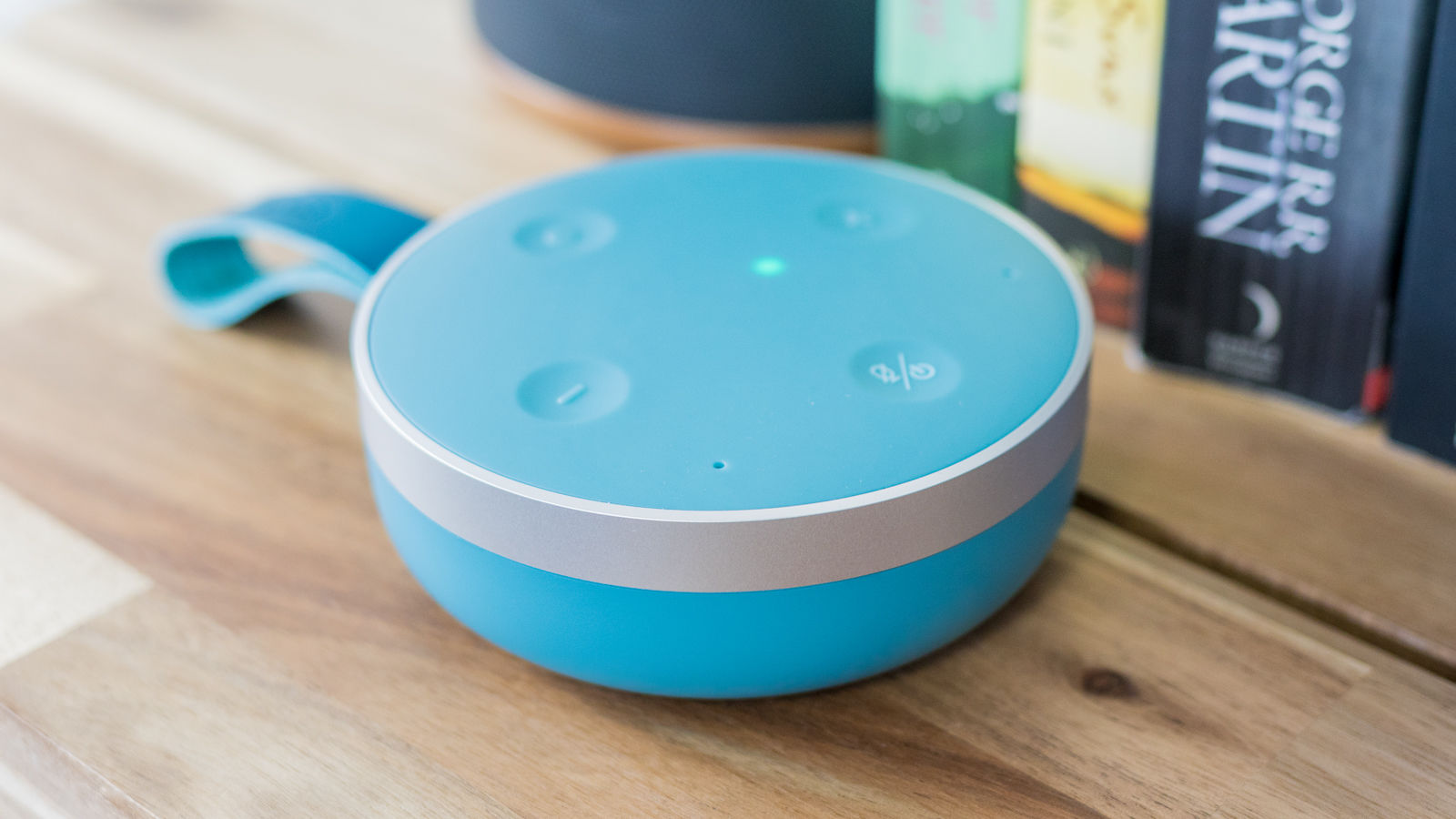 When it works though, the audio is pretty good. It goes surprisingly loud, surpassing the Google Home Mini and can nearly crank up as loud as the larger Google Home. But it does unsurprisingly distort on the top two volume levels, struggling with the balance of sound.

The female voice used is the US English version by default, but you can change this in the settings should you wish. The microphones effectively pick up our voices from various directions and at different volumes.

The TicHome Mini linked easily with several Android devices for set up via the Google Home app, but we did come across a few error screens when using it with an iPhone – which is a cause for concern and meant it only worked for us on Android devices. 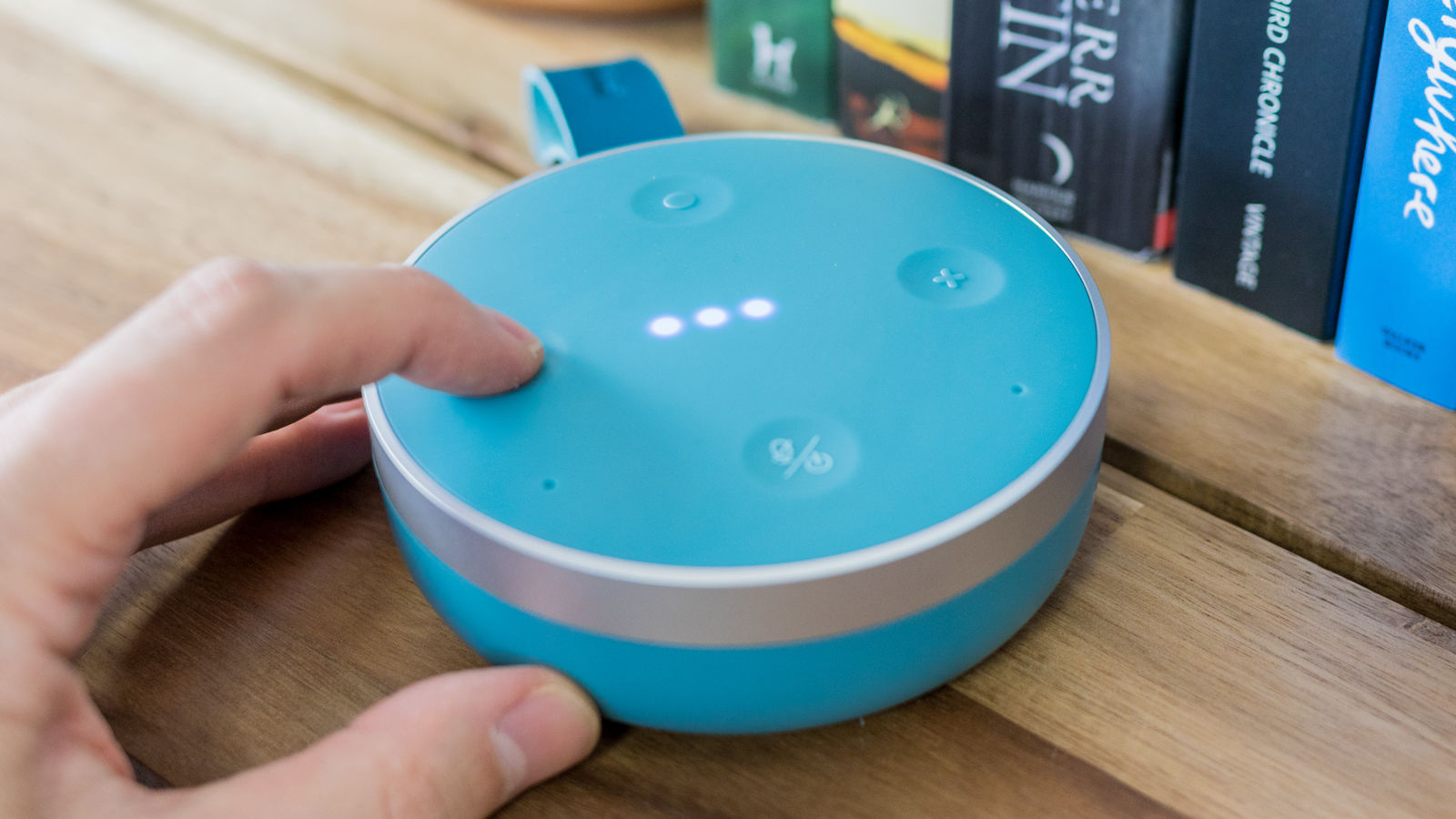