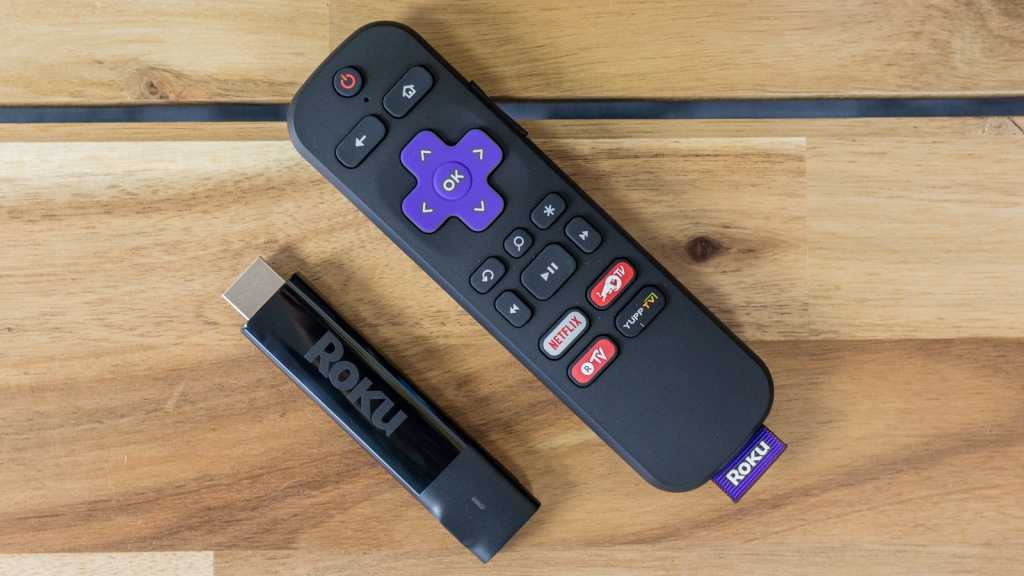 The Streaming Stick+ is another great media streamer from Roku, bringing a 4K option to the UK. The device has a lot going for it including upgraded wireless, smooth performance, a decent remote and more content channels that your mind or free time can handle. We’re only a tiny bit disappointed by the lack of an HDMI extension cable in the box for awkward ports and the loss of the headphone jack on the remote. It’s now only £49, so we can’t complain too much.

The Roku range of streaming players in the UK now has three options. Here we take review the more expensive and premium model: the Roku Streaming Stick+.

In the past, Roku’s line-up of devices might have been a little confusing for some consumers. And although it’s a shame we don’t get all the models available in the US, perhaps choosing between two is a better strategy.

Overall then, the Streaming Stick+ is a pretty solid price for a 4K media streamer, especially since the second reduction. You can also read about the upcoming Roku Express 4K here.

If you’re not accustomed to streaming sticks yet, they are a bit like a USB flash drive but a bit bigger and with an HDMI port instead. Rather than a larger box that sits under your TV, it plugs directly into the back.

The Streaming Stick+ has had small redesign so is now shiny black plastic instead of purple like the original. Not that it really matters since you won’t see the device unless you look behind the TV. 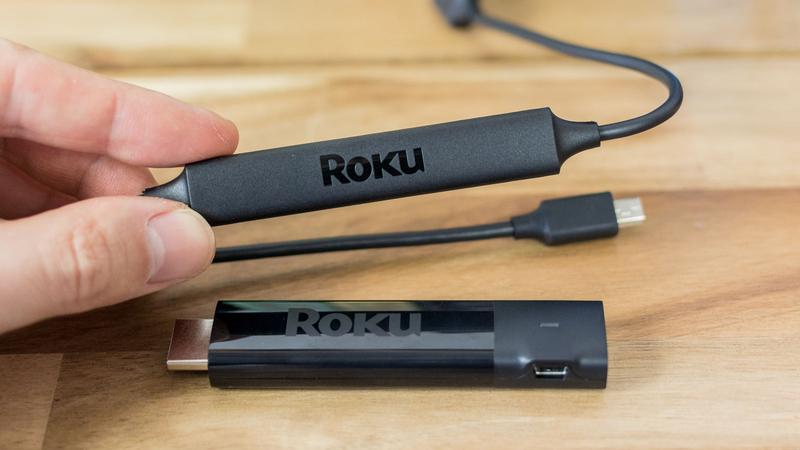 Roku’s main change is that the wireless receiver is now built into the power cable, which on most TVs will run from a spare USB port rather than plugging into the mains. This new design provides up to four times the performance, according to Roku so could be a life saver if the room doesn’t have good Wi-Fi signal – we’ve not had any issues.

The problem, as with similar devices, is that the rigid stick shape might not fit into all TVs. It depends how your set has the HDMI ports positioned. This is easily rectified with a short extension cable but Roku doesn’t include one in the box. However, you can request one for free which helps.

Set up is pretty simple, although you still need a Roku account to connect the Streaming Stick+ to. The big advantage of a small device like this is being able to take it with you to a friend’s house or even a hotel and stream to you hearts content. 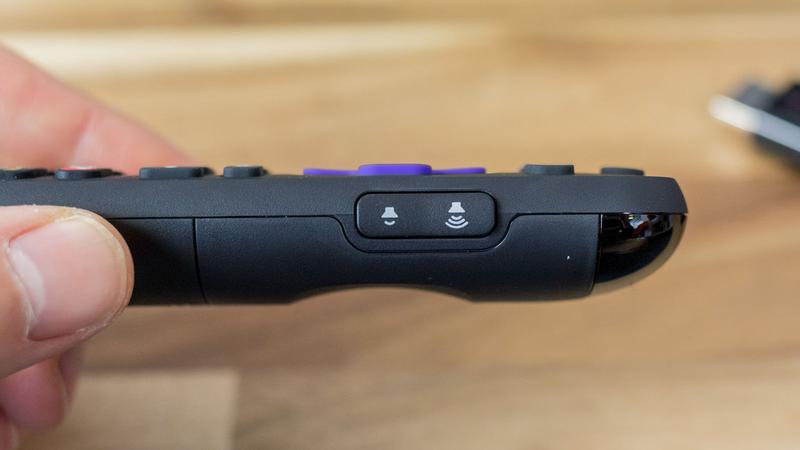 A new remote comes with the Streaming Stick+ which is similar yet tweak compared to previous ones. You get some shortcut buttons to services like Netflix and it doesn’t need line-of-sight to work which is nice.

Roku has added power and volume buttons which can be used to control most TVs – we even got it to work with the Sonos Playbar – so you can do more with it. However, it’s a shame not to see the headphone port which we loved on the Roku 3. Luckily you can use the free Roku app to use the Private Listening feature.

It’s taken a while, but as alluded to earlier, Roku has finally brought a 4K streamer to the UK. And that’s the main reason to get this model over the much cheaper Express.

4K, or Ultra HD, means the Streaming Stick+ can stream content in up to 2160p at 60fps and can also upscale from 720p and 1080p. You’ll need a TV that has a 4K resolution, otherwise this feature is going to waste.

There’s more and more content available in Ultra HD and that’s only going to increase and Roku has a neat 4K Spotlight channel to highlight the content that’s available to watch in the higher resolution. 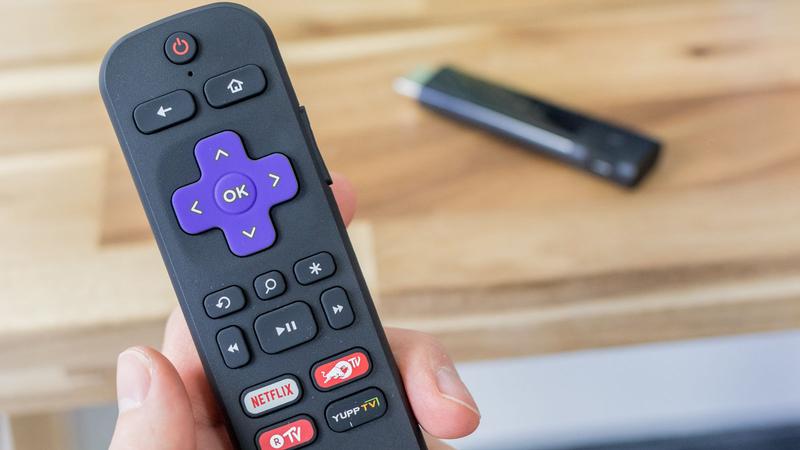 Roku hasn’t messed about with its user interface much and that’s a good thing – if it ain’t broke comes to mind – although you will likely want to turn off the annoying sound for every time you move around menus.

The interface is one reason to get the Roku over rivals like the Chromecast which relies on content being cast from a device like smartphone. It makes things a lot simpler and works much better for browsing through content to find something to watch. 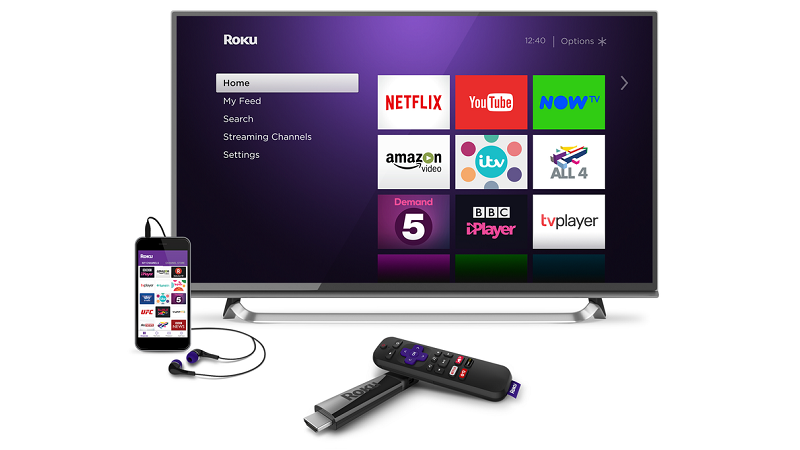 Roku’s interface means you can easily search channels and also content via name, actor, rating and more. The Streaming Stick+ also supports voice search via the app if typing to too arduous – which now has some upgrades.

It’s also still the case that Roku has a huge line-up of available services. Really there are too many – hundreds as many are very niche – but the main thing is that all the big names are there.

Whether you want Netflix, Amazon Prime Video, YouTube, All 4, Sky Now TV, Spotify, ITV Player, Demand 5. The list goes on (you can search channels here before you buy) and still trumps rivals despite them catching up somewhat.

The Streaming Stick+ is another great media streamer from Roku, finally bringing 4K to the UK. The device has a lot going for it including upgraded wireless, smooth performance, a decent remote and more content channels that your mind or free time can handle.

We’re only a tiny bit disappointed by the lack of an HDMI extension cable in the box for awkward ports and the loss of the headphone jack on the remote. It’s now only £49, so we can’t complain too much at all.