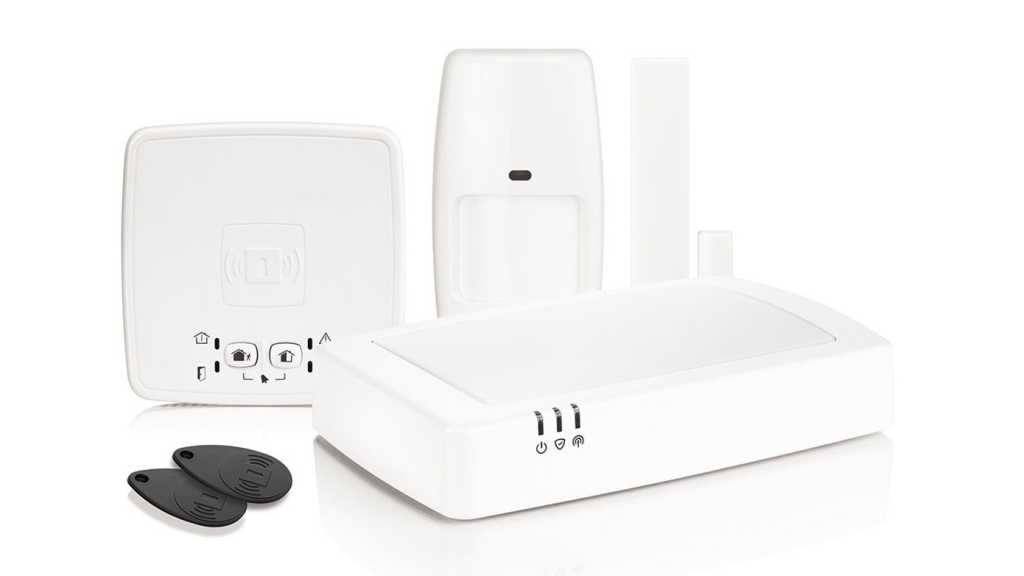 Compared to other smart alarms such as Y-Cam Protect, Honeywell’s is a lot more comprehensive with more sensors on offer. However, you don’t get much in the starter kit which is more expensive than the Protect, and the cost can quickly ramp up if you need extra sensors, remote fobs and RFID tags. It’s a shame you can’t do more with the Total Connect Comfort app, but at least it’s reliable. And, if it’s anything like the evohome heating system, you can expect Honeywell to improve this situation in the future.

Honeywell is one of the best-known names in the UK for heating and security systems. We’ve already reviewed the comprehensive evohome heating system, which lets you build upon a basic kit to control individual radiators and separate zones.

The evhome Security system is much the same: there are various starter kits and you can build upon them with extra sensors, remote fobs and more.

The starter kits (as with many alarm systems) come with only the basics. They may be enough for a small house or flat, but chances are you’ll want to buy extra door / window sensors (£34), motion sensors (£33) and even a useful carbon monoxide alarm (£73).

If you want an outdoor siren, that’s unusually expensive at £109.99. 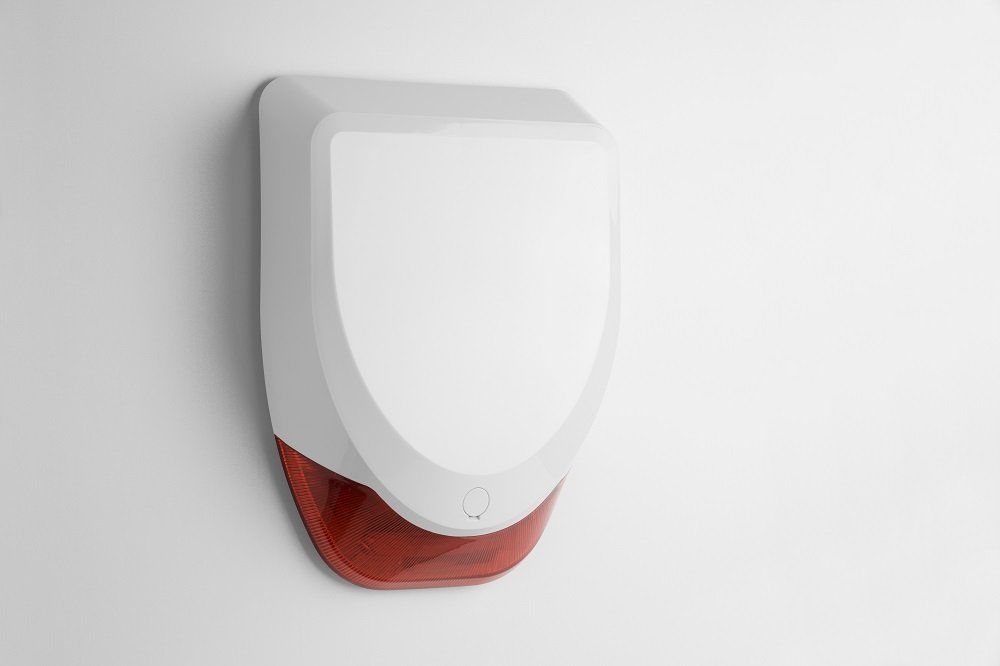 We tested the HS922GPRS kit which includes one door/window sensor, a motion sensor, RFID reader with siren and security hub. This kit costs £219.99 from Amazon, but is more expensive than the others because it also has built-in GPRS – essentially a mobile phone – so it can send you text message alerts even if your broadband is down or there’s a power cut.

Oddly, though, none of the security kits can share the evohome heating hub, so you’ll need another spare network port on your router and a second mains socket to power the security hub.

If you’re after a system that’s monitored for you 24/7, check out Simplisafe.

Setting up the kit is fairly simple as it’s all wireless, except for the hub’s connection to your router.

However, the setup is all done via Honeywell’s website rather than the Total Connect Comfort app and you have to create a second account that’s independent of your evohome heating system, if you have one, that is.

Each sensor must be added in the web interface before being paired with the hub, and it’s a shame there’s no way to add new sensors via the app. 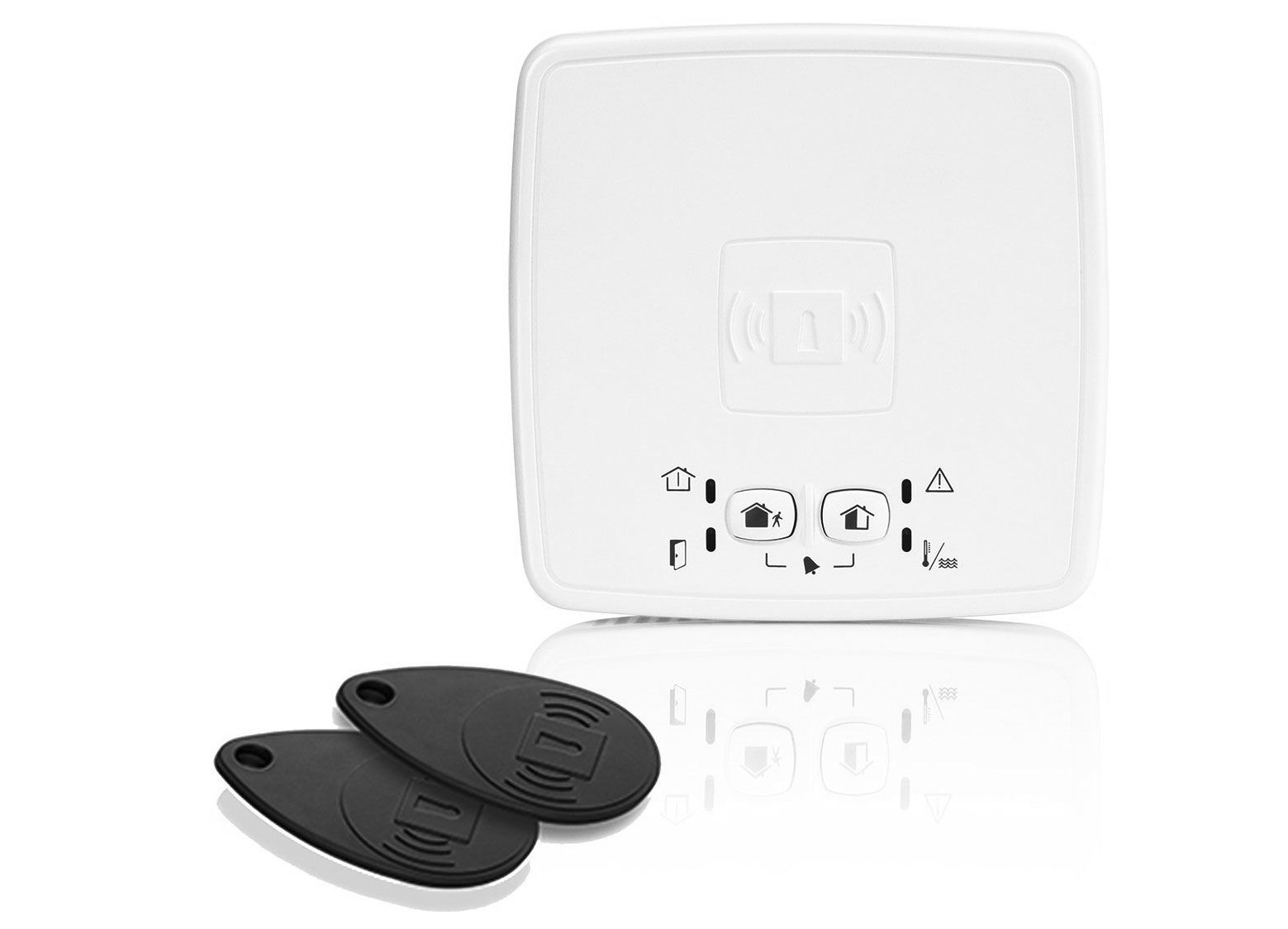 You’ll also need to register the two included RFID tags which you tap on the reader (which you’ll mount by your most-used entrance). These are for arming and disarming the system: there’s no keypad so you may need to order some extras (a pack of four costs £20) if there are more people in the house or others let themselves in, such as a cleaner.

Mounting the sensors around your home couldn’t be easier thanks to the 3M adhesive pads, although we did struggle to remove the backing paper from some of the pads. Be careful, too, to mount them so you can change the batteries when they run out.

There are two types of motion sensor. Both use traditional PIR sensors, but shouldn’t be set off by pets. That’s as long as you’re careful to mount them in the right place as they ignore motion up to a certain height. 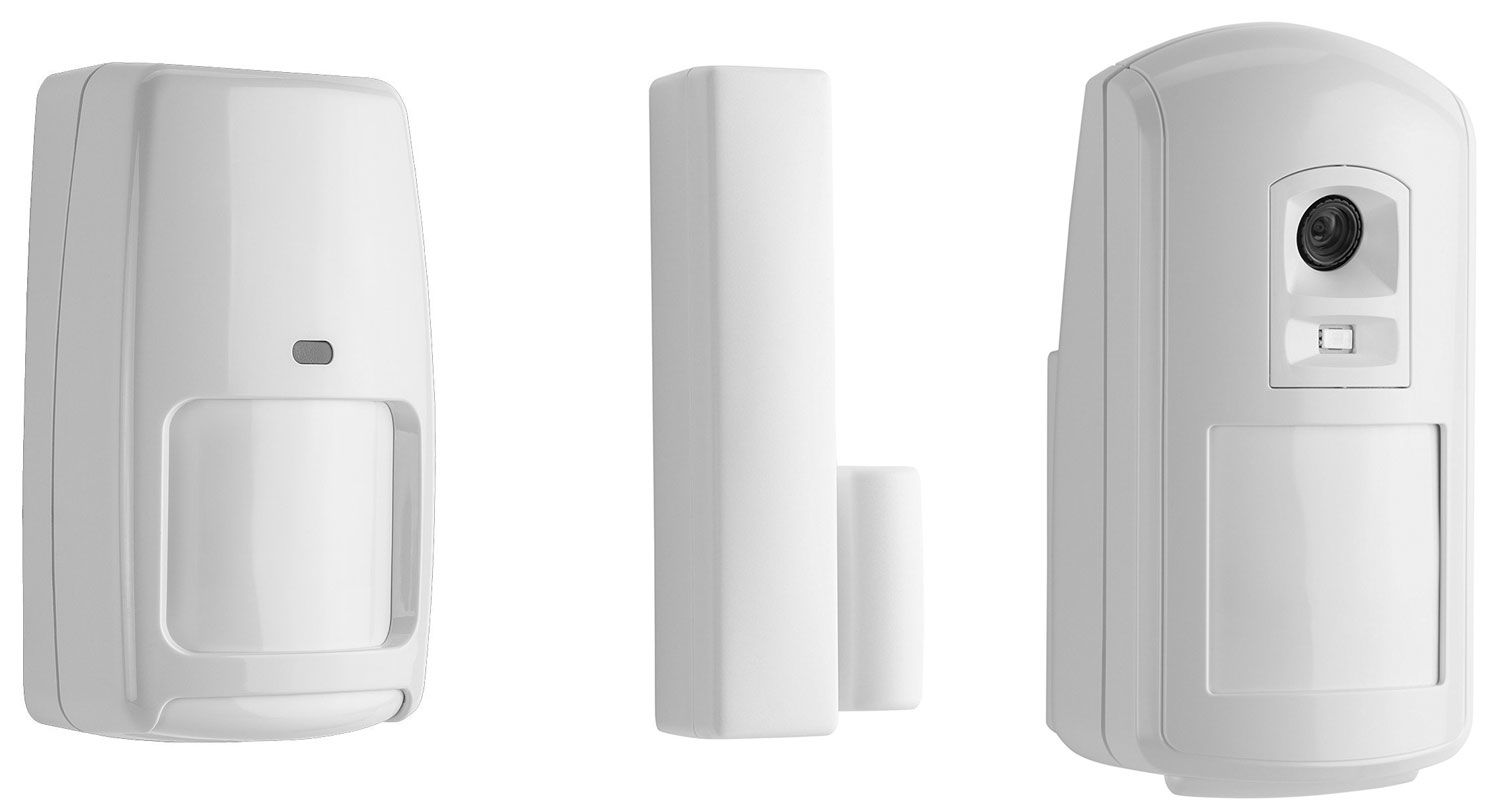 The more expensive sensor has a built-in camera. It isn’t like other security cameras we’ve reviewed though. Instead of recording video when motion is detected it takes a series of five low-resolution images which you can view through the app. You can also get it to take pictures on demand to see what’s happening right now, although the process takes a couple of minutes.

If it’s dark, the camera will use its built-in flash. The results aren’t great though (below is the full-size image from the camera) and we’d recommend avoiding these altogether and buying a ‘proper’ security camera such as the  Ezviz Mini Plus. 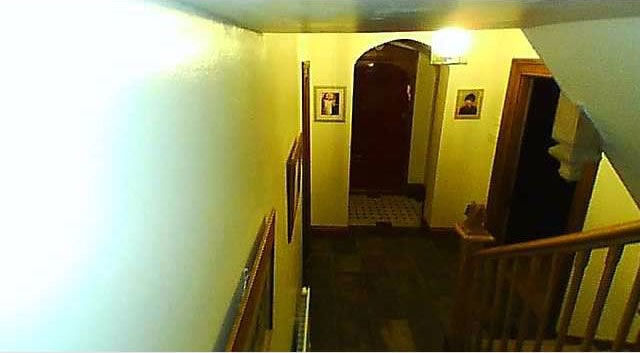 Once everything is installed, you can fire up the Total Connect Comfort app and sign in using your security account details. You have to set up a PIN which needs to be entered whenever you tap on the security section of the app.

There’s not a whole lot you can do apart from see the current status of the system and arm or disarm the alarm. You do get a history log which shows which sensors were triggered and when the system was armed and disarmed, though. 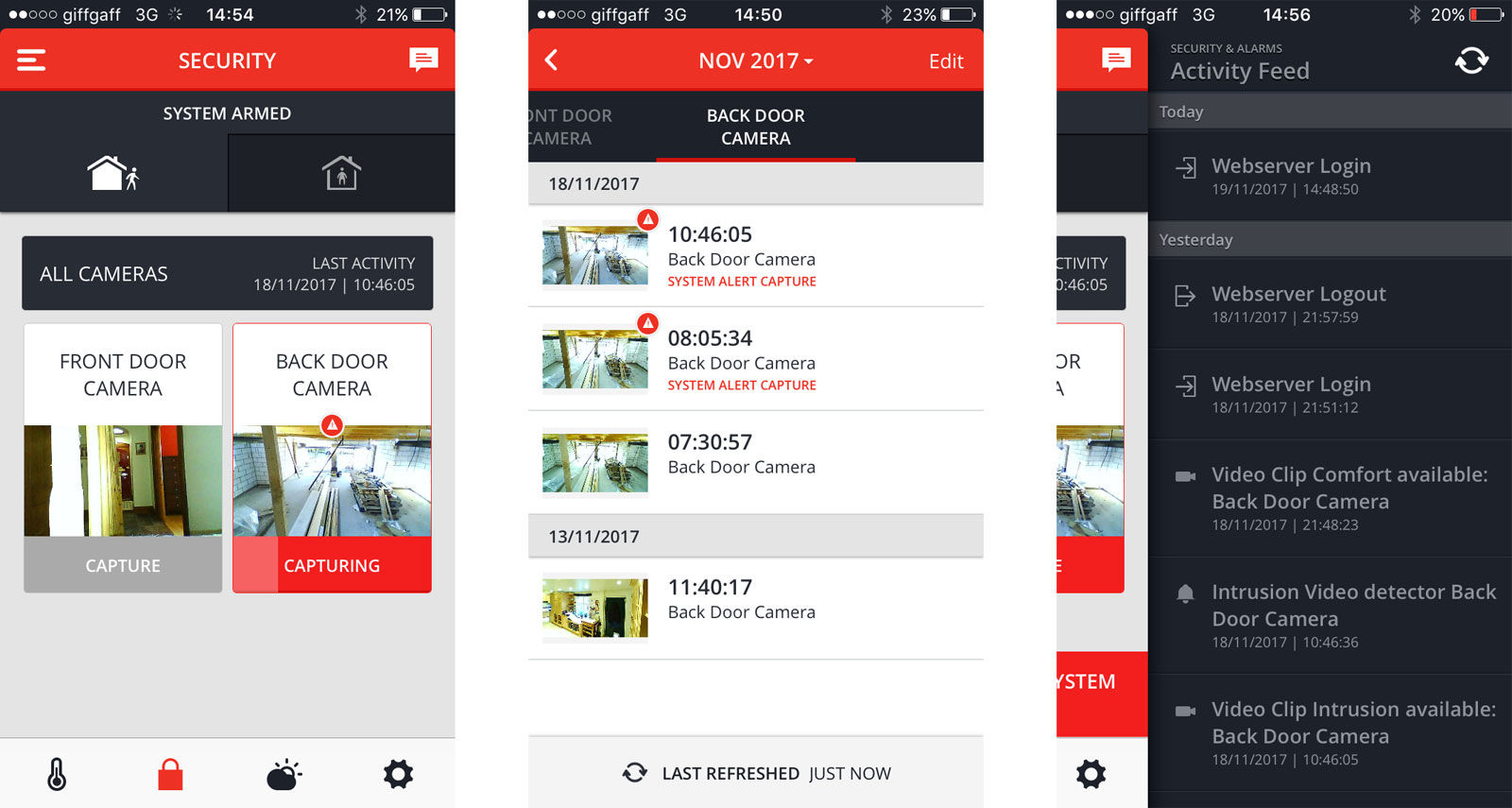 It’s also possible to partially arm the system. You can configure which sensors are included in this partial setting via the website as you add them to the system. You might do this so the ground floor is still monitored while you’re in bed. You just tap your RFID tag on the reader and press the partial, rather than full-arm button.

Optionally, you can buy a remote control fob ( £30 from Amazon) which lets you arm, partially arm or disarm up to 200m away. It can also tell you the system status, too, which is handy if you’ve already got into your car and can’t remember if you armed the system or not. 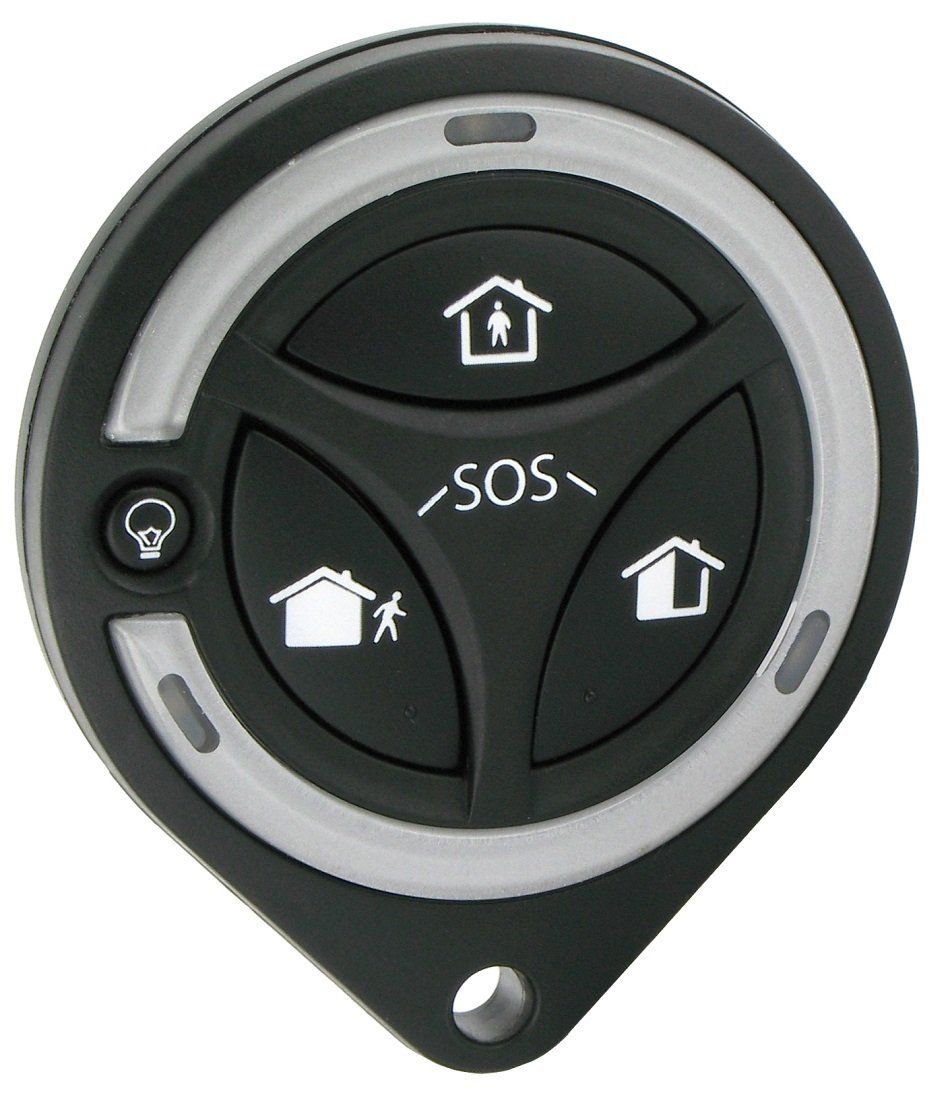 You can build out the system with extra kit from glass break sensors and smoke alarms to a wireless panic button.

Aside from the fact that they share the same app, there isn’t much integration between the heating and security systems. One useful feature, though, is that you can set a Quick Action so that the heating will be turned off when you arm the system. But the heating isn’t turned back on when you disarm it.

As well as being well built, the system is – on the whole – very reliable. If a sensor is triggered, you’ll get a text message if you have the GPRS-equipped hub and / or and email.

Again, it’s odd that you don’t get a notification from the app: you might not get an email alert for a good while as most phones default to checking every 15 minutes (or longer). That’s far from ideal if it’s the smoke alarm that’s gone off.

We had a few false alarms from the motion sensor with a camera. As with some other security cameras, it was fooled by quickly changing light and reported it as an intrusion: one extra reason not to bother with them.

The other sensors, though, worked as expected and immediately trigged the internal alarm (it begins by beeping to give you time to disarm it). Of course, if you want neighbours and passers-by to know there’s a break-in you’ll have to stump up for the external siren.

It is well worth opting for the GPRS version of the system to ensure you’ll be notified of a problem even if there’s a power cut or a break in your broadband. Honeywell says the backup batteries will power the hub for 24 hours.