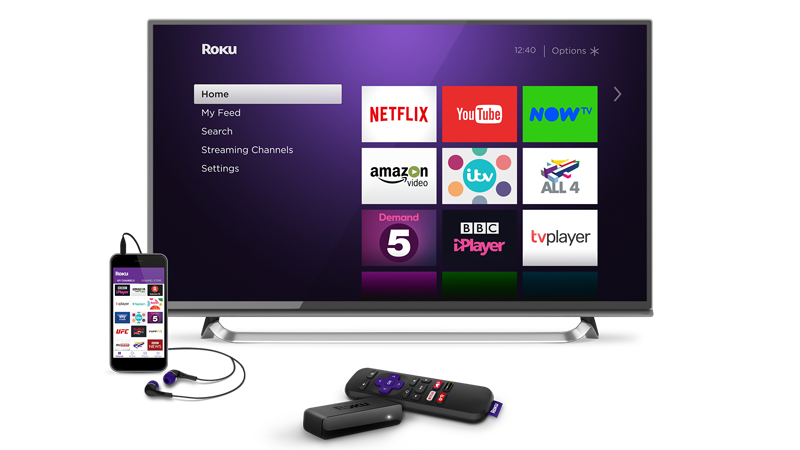 If you want to add streaming services to a dumb TV in the cheapest, most user-friendly way possible, Roku Express is a great and affordable option. It lacks some features of the Roku Streaming Stick+ but is a lot cheaper at just £29 (versus £49), and if you don’t need 4K or HDR it’s a no-brainer.

At £29 Roku Express is in a similar league to devices such as the Chromecast and Amazon Fire TV Stick, allowing you to add smart functionality to your otherwise ‘dumb’ TV. It’s also the cheapest Roku we’ve seen to date, which should make it attractive to those wanting to enjoy video streaming at home for the first time.

Note: There is a new version of the Express along with the Premiere coming to the UK. The Streaming Stick+ has also had a second price drop in the UK-  read more here.

What is Roku Express?

Though you will need to subscribe to additional services such as Amazon Prime, Now TV and Netflix if you wish to use these on the box, there are also plenty of free apps to enjoy in the Roku store. Earlier this year the TVPlayer Freeview app was introduced, which means you can now ditch the other controller and stream all your content via the Roku Express.

Roku Express is also useful even if you want it only to enjoy catch-up TV and YouTube on a TV that doesn’t support an internet connection, or mirror your phone or tablet’s screen on the TV (a new function in this second-gen device).

What’s the difference between Roku Express and its rivals?

The key difference with Roku over its rivals is that it comes with a handy remote control and a very user-friendly interface, which makes it easy to access streaming services, as well as a universal search function. Unfortunately its infra-red remote means you need to be in line of sight of the box, and it features no volume buttons or headphone jack as we have seen on previous Rokus. There remains a free mobile app, too, which additionally supports voice search.

The new Roku Express and Roku Streaming Stick+ replace all previous devices in the Roku family (in the UK at least), although interestingly the Stick+ has had a price jump over the previous Stick and now becomes the top-end device in the line-up. The Stick+ additionally supports 4K and HDR streaming, which is relevant only if your TV also supports such fancy tech. This Roku Express tops out at 1080p Full-HD.

This is actually the second-generation Roku Express, though we never saw the first in the UK. With a quad-core processor inside it feels notably faster than the original Streaming Stick (apparently it is also five times faster than the first-gen Roku Express), and a lot more like you’re interacting with a Roku 2 or Roku 3 (both now discontinued) than a budget Roku.

In reality this is much like a slimmed-down Roku 2, and there’s a vast difference in price between the Roku 3 and the Roku Express. This can be attributed to a lack of some features: whereas the 3 could be hardwired via an ethernet jack, and hooked up to an external drive via USB, the Roku Express is a Wi-Fi-only device with no expansion possibilities.

On that note, though, we had significantly fewer problems connecting it to our Virgin Media home network than we did previous-gen devices; in fact, Roku Express sailed through setup in minutes. Do keep in mind, though, that it supports only 2.4GHz Wi-Fi.

The Express is a compact unit and very nicely designed. It’s not heavy enough in comparison to the power and HDMI cables in order to stay flat, but a sticky strip is provided in the box to help you keep it in place. Power is via USB (handy if you have a spare port on your TV, otherwise you’ll need to keep it near a power outlet).

It’s ever so slightly larger than the Roku Streaming Stick, but whereas that device is concealed at the back of your TV set where it hangs on for dear life the Express is on show for all to admire (and so the remote works, of course). It’s not at all a bad-looking device, built from a matte black plastic with the Roku logo on top and a shiny black plastic fascia.

If you want to add streaming services to a dumb TV in the cheapest, most user-friendly way possible, Roku Express is a great and affordable option. It lacks some features of the Roku Streaming Stick+ but is a lot cheaper at just £29 (versus £49), and if you don’t need 4K or HDR it’s a no-brainer.