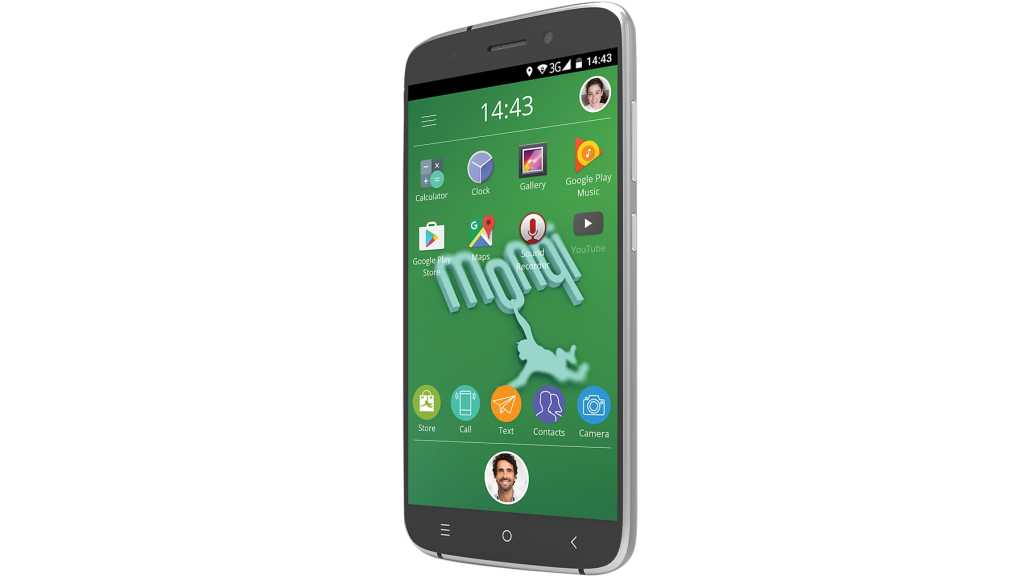 There’s much to like on the Monqi. The bespoke software gives parents an impressive amount of control over what their progeny can see and do online, while the monitoring features also mean that letting the little ones out into the world isn’t quite as traumatic as it could be.  This is let down by the hardware, with its slow performance and poor battery life. For £150, you should expect a lot better than this. If Monqi can find a better base phone without increasing the price, then it will have something quite special on its hands.

Giving your child their first mobile phone is something of a rite of passage these days. Usually this might be when they start travelling to school by themselves, or exploring the initial steps of independence, none of which is easy on the hearts of parents.

You might consider buying a budget phone as there are plenty of options, but there is a specially designed smartphone that’s worthy of attention.

Monqi aims to ease youngsters into the world of smartphones with a new device that shields them from the nasty side of the internet, all while giving mum and dad a high degree of control over their activities. It’s cheap, but is it cheerful? We take a look at the Monqi Kids Smartphone.

At the moment, you can buy the Monqi (pronounced ‘monkey’) phone at the Carphone Warehouse for £149 SIM-free.

The phone itself comes in either black or white, with 8GB of storage, although this can be expanded up to 32GB via its MicroSD slot.

As this is a phone aimed squarely at children you might expect a small screen to match the diminutive fingers that will be operating it each day. This idea is dispelled as soon as you remove the device from the box, as it has a nice5in display and a fair amount of heft in the body.

Size-wise it’s kind of like a portly Samsung S6, measuring 145 x 72.7 x 8.8mm, and weighing in a little heavier at 165g. At first we were worried that this would lead to it being a drop hazard, but sensibly Monqi includes a clear, soft plastic case in the box.

This definitely aids grip and offers a least a bit of protection for any unexpected trips to the floor. One immediate upside of the case is that children can put things inside it to decorate the phone without having to actually stick things to the body.

Under the Monqi branding is an STK 5e smartphone, which is a rare beast these days as it features a removable battery. Snapping off the plastic back also reveals dual-SIM slots, alongside the microSD port which you’ll want to fill with a card on day one as the 8GB of on-board storage is woefully inadequate in 2017.

The main camera is a 13Mp unit that returns usable, if not spectacular, results. And the 5Mp selfie unit falls into the same province.

Physical buttons include power and volume controls on the side, while a headphone jack and microUSB charging port occupy the top of the unit.

It’s a solid phone, and feels like it could endure the rigours that children put their tech through day by day. A screen protector is fitted as standard, but after just a week of use is was already showing several large scratches and marks. We’d recommend stocking up on a few more to keep things looking pretty.

While the hardware is standard budget-level fare, the software is what really makes the Monqi an interesting device. Android 6.0 undergirds the experience, but Monqi has overlaid it with a bespoke interface boasting some impressive features.

The first thing to know is that the majority of settings and features are not actually on the Monqi phone itself, but rather in the accompanying app that the parent needs to install on their Android or iOS device.

When this is downloaded and ‘bonded’ (read paired) with the Monqi it gives the parent an admirable amount of control over their child’s phone.

The Monqi comes with a few apps already installed, including a calendar, calculator, browser, plus the usual contacts, text, phone, and camera options. These can be added to via the Monqi Jungle Store, which is home to 500+ popular apps, all of which have had the advertising and in-app purchases removed.

Monqi manages this by charging a monthly fee to access this curated list. Currently it stands at around £5, and if you’re serious about locking up any potential areas where unpleasantness may get in, then it’s worth considering.

The app store is a bit puzzling, as many of the educational/learning apps and games feel aimed at very young kids. There are things like Duolingo available, alongside a few classic titles such as Cut the Rope, so it’s not just for the little ones.

There are around 100 free apps, including Spotify, WhatsApp, and others, so you can open up the options to your young charge without investing in the monthly fee.

If this all feels too restrictive, then you can enable the Google Play Store app, but your child will need a Google account and of course there is plenty they can find on there that wouldn’t be entirely suitable for youngsters.

See also: How to keep children safe on the internet.

Thankfully any app they want to install has to be approved by the parent, who receives a notification when the child goes to download it. Monqi also makes it very easy to set daily or weekly time limits for each individual app.

These can be extended on the fly too, so you can grant the kids an extra half an hour on YouTube if they do something worthy of reward.

The parent app displays all interactions the child has on the Monqi, including text messages, calls, and time spent in apps.

Be aware that if you do decide to enable the Google Play Store, then this monitoring won’t be available for the content of any third party apps that are installed, just the time spent using them.

The Scheduling feature means that you can determine when the phone is able to connect to the internet or open apps, so bedtime or homework time can be free of distraction. This offers multiple profiles, so you can have one for weekdays and another for the weekend if you prefer.

Contacts can be added by the child, but they need to be approved by the parent before they are activated, it’s a sensible security feature and should help prevent any unwanted calls or texts.

Tracking is another key feature, with the GPS position of the Monqi accessible on the parent app at all times. Well, we say that, but if the phone runs out of data and isn’t near a Wi-Fi connection then all you’ll see is the last location it was detected.

Parents can set up geo-fencing areas too, which send notifications when the child leaves or enters certain areas. This can replace the classic trope of ‘text me when you get there’, which is good because in our experience most children forget to do so anyway.

There’s also a nuclear option available, where at the toggle of a switch the parent can lock the phone remotely. It’s well thought out though, as the child can still call or message the parent to plead their case.

In general use, we found all of the features above to work well and with a decent amount of consistency. This only broke down when the data on the pay-as-you-go SIM ran out and we were no longer able to track the location of our junior reviewer. We’d like to see some way to know how much of the data allowance is remaining on the device, so as to avoid this kind of problem.

True, you can set data usage limits, so maybe that would be the closest way to ensure that the connection doesn’t die if the young one in question decides to watch YouTube on the bus.

We did have one instance where the child’s account disappeared entirely, which was accompanied by the chilling message ‘You are no longer in control of Holly’. As if we ever really were.

It’s not clear what caused this problem, and we were able to reconnect with the account once we were together again, but it was an unpleasant experience and required the re-entry of all contacts.

Battery life was also an issue, with the unit being dead by 5pm if it wasn’t turned off when being placed in the phone box at school. Yes, it should be turned off, but again the technology needs to anticipate the disorganised nature of children rather than rely on them getting this kind of stuff right.

It must be said that the performance of the Monqi left a bit to be desired. Sluggish responses dogged the unit, and while the interface is clean, it does confuse at times.

For instance, in the Display section there is an option to change the wallpaper, but if doesn’t actually do anything. Instead the child needs to go into their profile and change it there. So why include it at all?

A lack of a notifications screen also feels a curious omission, especially if your child has already grown accustomed to using a tablet.

Then of course there is the matter of the child knowing that you are essentially spying on their every move. For younger kids this might seem a little weird, but it does provide a good opportunity for them and their parents to discuss the potential dangers of the internet, being reachable by people without their parents knowing, and balancing the time spent on a device each day.

For older children, those in their early teens, this could all be seen as very heavy handed, and even intrusive. As always with children, sitting down and discussing the reasons behind the motives of using devices like this is the best course of action. In the end, it should be about safety, rather than control.