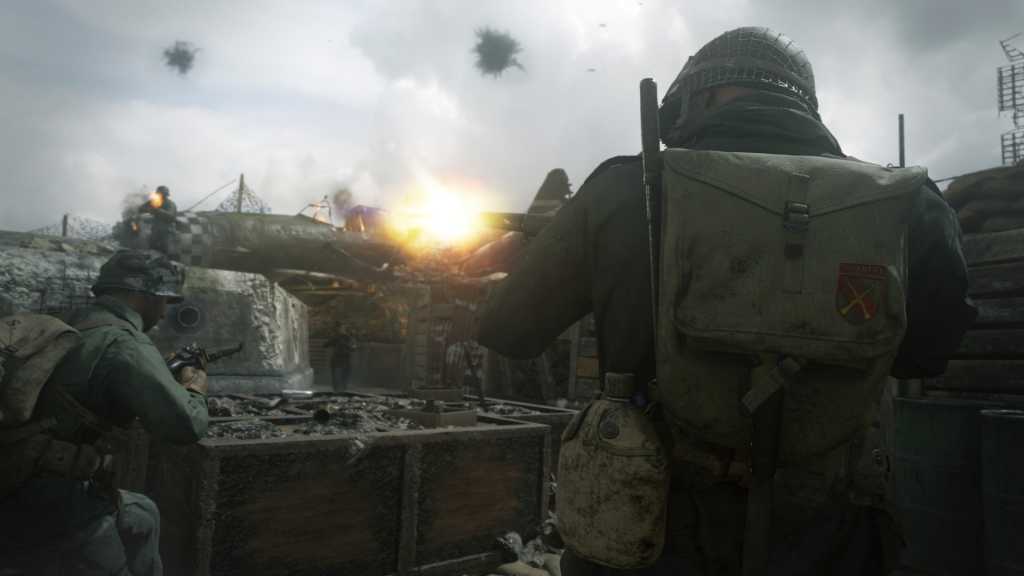 Call of Duty WW2 succeeds in taking the franchise back to its gritty roots with an intense, captivating campaign and a refreshed online multiplayer experience. The graphics are impressive, and the sound design provides an incredibly immersive experience – especially with headphones on. But while it’s enjoyable, it falls short of the large-scale multiplayer experiences offered by the likes of Battlefield 1, something that the CoD franchise is calling out for – especially in a WW2 setting.

While last year’s Call of Duty had soldiers in space, Call of Duty WW2 looks to take the series back to its roots with gritty, intense gunplay. The online multiplayer has also been revamped, and the new Nazi Zombies mode adds a spin on the CoD classic. While Activision promises a lot with the game, is Call of Duty WW2 good enough to become one of the best PS4 games of the year? We find out.

As with all recent Call of Duty games, Call of Duty WW2 is available on PC, PS4 and Xbox One, with Sony’s console boasting exclusive CoD content.

It’s available to buy on PS4, Xbox One and PC in both digital and physical forms. Those that want to buy a digital copy of Call of Duty WW2 can head over to the  PlayStation Store (£55),  Microsoft Store (£55) and  Steam (£45).

If that’s a little pricey, you might want to take a look at our selection of the best PC games, along with the best first-person shooters. 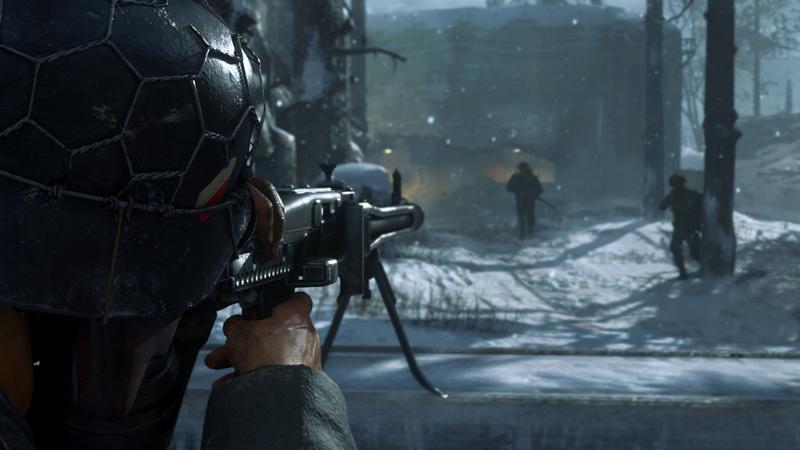 Call of Duty WW2 is, rather obviously, set during World War 2. During the campaign you’ll storm the beaches of Normandy on D-Day before fighting your way across Europe, focusing on a series of iconic locations from the second world war. Along with a captivating campaign, online multiplayer is back with a few changes, and the new Zombie Nazis mode adds an interesting twist to the classic zombie setup. Ready? Let’s begin.

In Call of Duty WW2, you take on the role of Ronald ‘Red’ Daniels, part of the US 1st Infantry Division, as you battle your way across Europe. You’ll experience battles in iconic locations from the second world war including the Battle of the Bulge and The Rhine through the eyes of a solider, watching the bond between the team grow ever stronger.

The bond is perfectly highlighted in a mechanic where you rely on your team for resources, more of which become available as the game goes on.

To say that the Call of Duty WW2 campaign is intense would be a dramatic understatement. Clocking in at around six hours of play time, the campaign is packed with intense close-quarters combat and spectacular events, all enhanced with impressive sound design and incredible visuals.

It’s a stunning game, from the detailed environments to the blood splatters of headshots – even the facial animations are detailed. We’d even go as far as to say it’s Hollywood-esque at times.

The campaign’s narrative is propped up by a range of well-defined personalities, from your best friend Robert Zussman to the dispassionate and war-hardened William Pierson. The stories and personalities of the characters you meet in the campaign stick with you, making events in the campaign that bit more heart-wrenching. It is, after all, a war with people constantly dying around you. 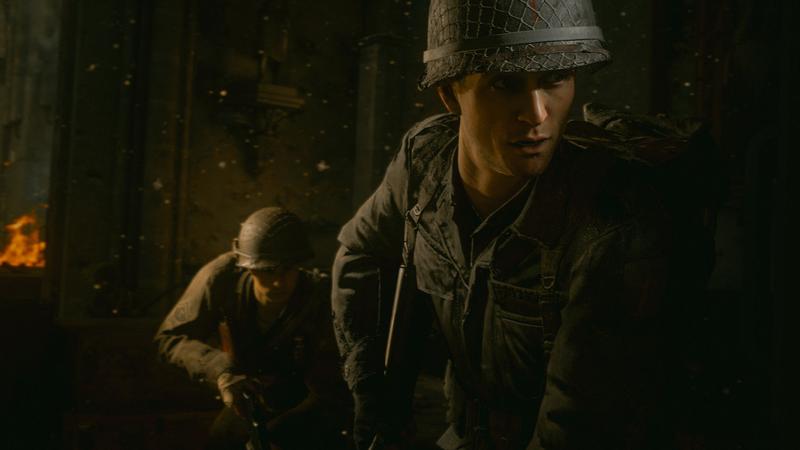 But while the campaign mainly focuses on Daniels, you do briefly get to take on the role of other characters. You’ll be behind the wheel of a tank as Perez, a tank commander, and Rousseau, a French resistance operative, just to name a few. There’s even a chunk of gameplay that involves dogfighting, making us wish there was a dogfighting mode on the multiplayer. But we’ll come to that later.

Combat is different to previous games in the series – for one, there’s no unlimited sprint in the campaign or in the online multiplayer. That by itself provides more of a challenge, as you can’t just run away from enemies that you come across.

There’s not any automatic health regeneration and no armour in the campaign, adding to the realism and upping the pressure when trying to push forward on any Nazi opposition. Where before you could run in all guns blazing and briefly take cover to heal, that’s not a (smart) option any more. Every Nazi you kill and every checkpoint you come across feels earnt.

Don’t worry, you can heal, but only via medipacks obtained from your allies or the environment.

Our only real complaint about the campaign? It’s way too short for us. It’s an incredibly captivating and emotional story, and one that we frankly didn’t want to end where it did. It’s possible to replay the campaign at a different difficulty to provide more of a challenge, but even then, we’re left wanting more – and not in a good way. 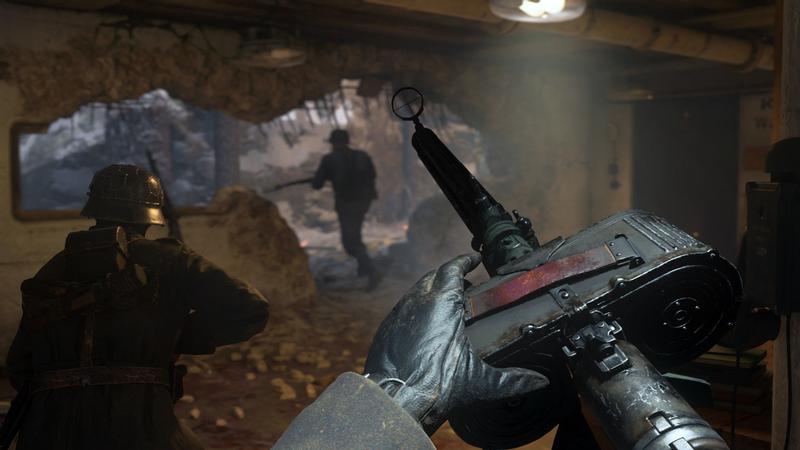 Much like with the campaign, Call of Duty WW2’s online multiplayer has ditched the futuristic tech of the last few games for mid-20th century weapons and locations. The multiplayer boasts 10 diverse maps across Europe, featuring maps with tight corners and enclosed areas perfect for shotguns or submachine guns to open maps ideal for patient snipers.

Overall, it’s the same CoD online experience we’ve had for a few years, but with a few changes.

First up, classes are gone. Don’t worry though, as they’ve been replaced with Divisions that include Infantry, Armoured and Airborne. But while that suggests that vehicles have finally made their way to CoD, that’s sadly not the case. While the mechanics are there (you use tanks, AA guns and even fly a plane in the campaign), it isn’t really offered online in any game mode – and that’s a huge shame.

Beyond that, the introduction of Divisions is a welcome one. It allows you to make the most of your specific play style – be it sniping or charging in with a rifle – while allowing you to switch on-the-fly. By joining the Airborne division, for example, you’ll have the exclusive benefit of an SMG suppressor, allowing you to take out enemies without appearing on the minimap. And the more that you play each division, the more exclusive benefits you’ll unlock.

That’s not to say that you have to stick to one, though – you can switch to a different division or weapon at any point, allowing you to choose the right division for the map.

Call of Duty WW2 is designed to be more social than previous games – what does that mean? Access to a wide range of cosmetics via loot crates, allowing you to stand out more both in battle and when in the game’s new social area, Headquarters. 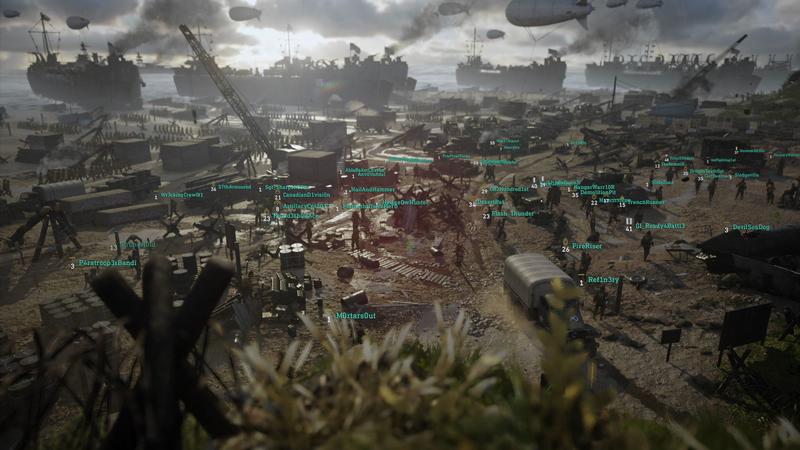 At Headquarters, you’ll be able to access your mail where you’ll find new items and your ‘pay’, which you can spend on cosmetics and more at the Quartermaster post. You’re also able to sign up to daily and weekly challenges, giving you a specific objective in online matches beyond killing the enemies.

You can’t really ‘chat’ to anyone else in the area beyond waving at them, but you can challenge them at the gun range or 1v1 area while everyone else watches.

Also new in Call of Duty WW2 is War Mode, which aims to immerse the player in iconic World War 2 battles. Featuring team-based skirmishes, players must choose between Allied and Axis and battle for objectives to push back and conquer the enemy. It’s split into segments with different tasks, be it building a wall or escorting a tank, and provides more of a storyline than most other online game modes.

But while all the changes are a welcome addition to the Call of Duty multiplayer formula, we can’t help but feel it’s a little… underwhelming. Compared to other games like Battlefield 1 and the upcoming Star Wars Battlefront 2 with huge multiplayer modes and various vehicles to use, CoD’s 12 player limit and lack of vehicles isn’t enough to really simulate the hectic nature of a world war.

It’s possible that newer, larger maps with vehicles will be added in upcoming DLC, although it’s just speculation at this point. 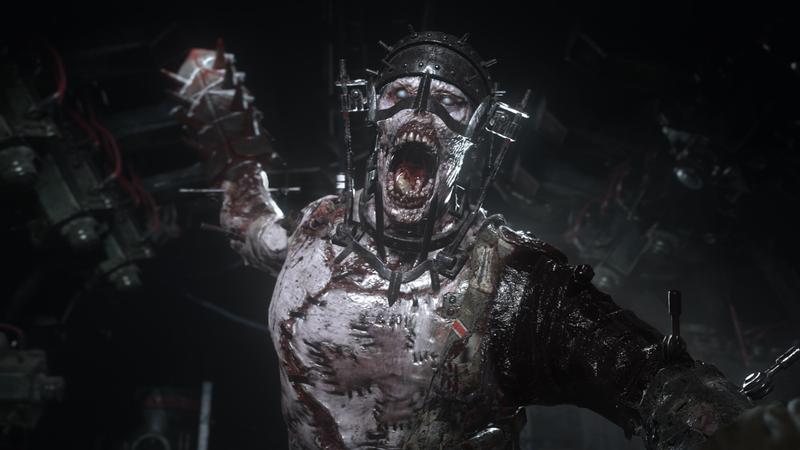 Along with the campaign and multiplayer, Call of Duty WW2 features a Nazi Zombies mode with a new co-op campaign mode.

It features Nazi zombies and contains an original story separate from the single-player campaign where players must stop the Third Reich from creating an unstoppable army in the final hours of World War 2. As with everything zombie-related, all doesn’t go to plan.

You’ll go up against a wide range of zombies with unique characteristics, and it’s down to you to work out the best way to take them out. And, of course, the zombies become stronger and appear in larger groups as the waves progress.

All that while trying to figure out the various puzzles dotted throughout the map – and the puzzles aren’t easy either! It’s a challenge, but a much more enjoyable challenge than previous iterations of Zombies in the Call of Duty series.