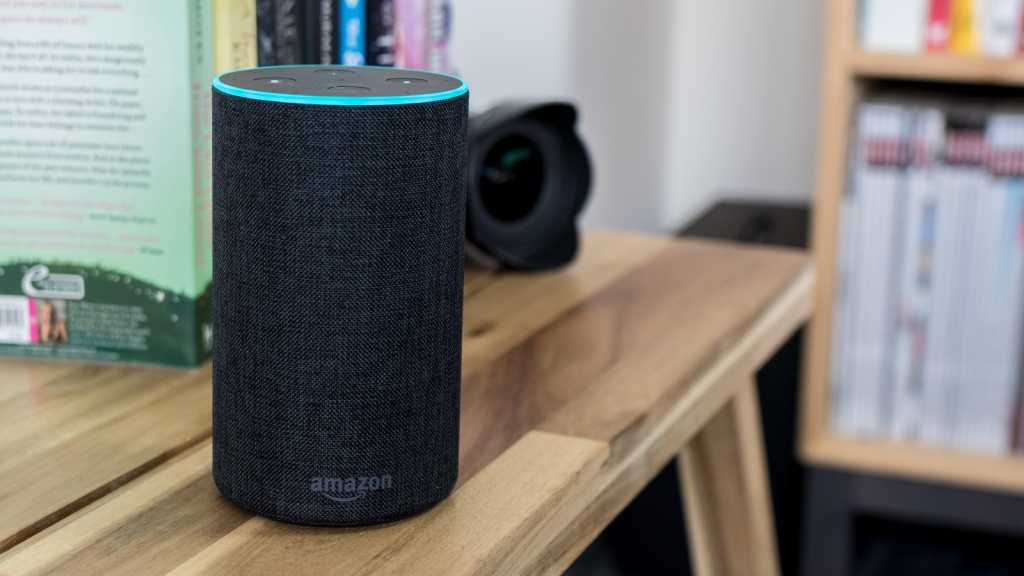 The Echo is smaller, better looking and cheaper than the original. It has a removable shell so you can change its appearance, too. With a couple of other tweaks and improvements, it’s good value but don’t forget the Echo Show 5 costs even less, and is better if you want a screen.

The first-gen Amazon Echo was the first smart speaker available in the UK, but these days the choice is much broader. Google has a range of Home speakers which covers just about all budgets (and matches the Echo Dot at £49 with its Home Mini) and Apple has the high-end HomePod.

The Echo 2 is essentially a shrunk-down version of the original with softer, less industrial styling at a lower price. It has interchangeable shells which allow you to change your mind about its colour or finish: there are fabric, metal-effect and wooden options. Sound familiar? That’s because it’s exactly what you can do with the Google Home.

There are differences between the new and original models, which we’ll get into in a moment.

How is the Echo 2 different from the original?

Although similar in features, the second-gen Echo has been completely redesigned. It’s still a cylinder – a little bigger than a pint glass – but it’s a much nicer-looking gadget to put on a bedside table or shelf. 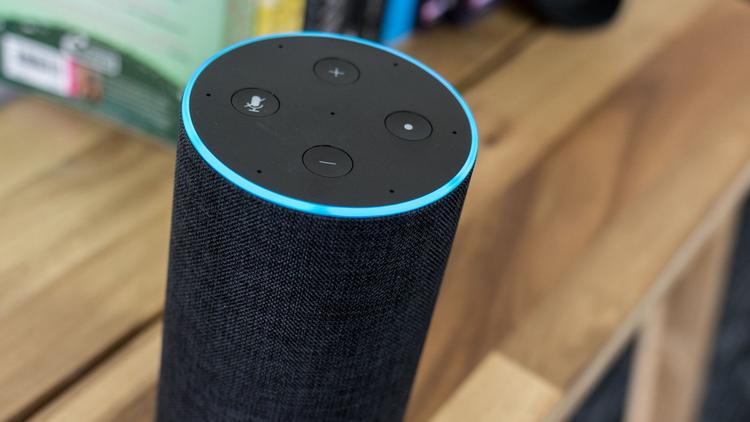 Gone is the volume ring at the top, replaced by volume buttons, a la Echo Dot. There are seven little holes at the top for the array of microphones, plus a mic-mute button and an action button, which can be used for silencing alarms among other things.

The mics have been improved for better voice recognition, and they work better when music is playing at higher volumes. Amazon says they’re better at beamforming (working out where your voice is coming from) and noise cancelling, to better hear what you’re saying when there’s other noise in the room. 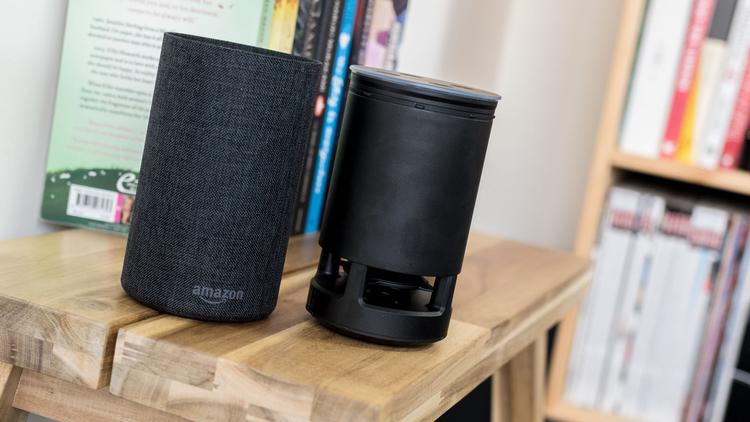 Speakers are also new: there’s a 2.5in woofer as before, but a new, smaller tweeter. You can see these when you pop the shell off, a simple process of grasping the body and pushing in the centre underneath.

The power connector is on the side rather than underneath, but a bigger change is the addition of a 3.5mm minijack aux output. This means you can plug in a speaker which doesn’t have Bluetooth. 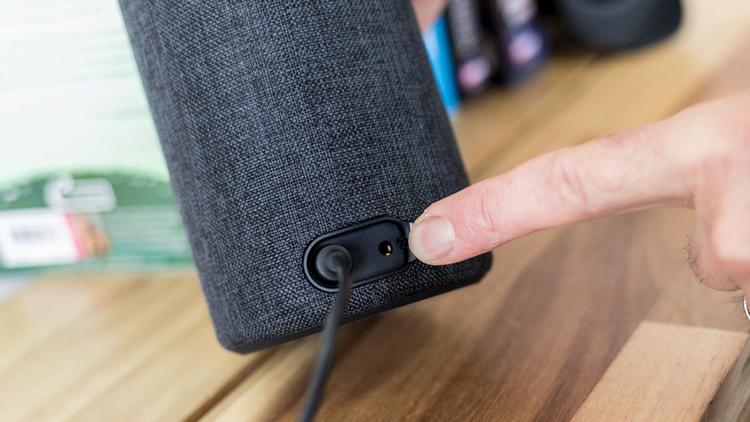 The Echo 2 still works as a Bluetooth speaker like the original, too.

Alexa’s capabilities are always improving, and the Echo 2 benefits from these updates, such as multi-room audio and voice calling and messaging.

What this means is that the Echo 2 is no more or less capable than the original – or the cheaper Echo Dot. They can all do the same things.

Other Echo models have extra features and you can read about them in our  comparison of current Amazon Echo speakers. We’ve also put together a wish list of upgrades we’d like to see in the next Echo.

The microphones do seem to work better than on the original Echo and Echo Dot, specifically when there are other people talking or the Echo 2 is already playing music loudly.

I couldn’t really notice any difference in how well it recognised the ‘Alexa’ wake word, although it could be that there are less ‘false positives’. First-gen devices often respond when they hear something that sounds like Alexa, but isn’t.

You might have read that the Echo 2 sounds worse than the original Echo. However, while that was true when it first launched, Amazon was quick to push out a software update which noticeably improved things.

Before the update, the Echo 2 lacked bass and vocals weren’t quite as crisp as the original. However, after the update bass is considerably better. Now, you can hear the basslines in tracks such as Daft Punk’s Get Lucky, and there’s much more bass kick in Calvin Harris’ Feels.

The Echo 2 also sounds good if you’re listening to a podcast or your Flash Briefing.

Admittedly, you can get similar sound quality from a £40 Bluetooth speaker such as the Aukey Eclipse but that’s missing the point: the Echo 2 is all about Alexa and voice control. And with Amazon constantly improving her and adding new capabilities, it’s a great buy.