The U11+ will be too big and heavy for some but it’s a decent effort from HTC. It’s cheaper than rivals and has some top-notch specs including 128GB storage as standard. It also has decent cameras, IP68 waterproofing and an 18:9 screen. It’s just a shame there’s no headphone jack, Edge Sense remains something of a gimmick, and we don’t get the alluring translucent model in the UK. It’s a worthy upgrade to the U11, however there are some cracking phones to choose from at lower price points including the OnePlus 5T and Google Pixel 2, which has a feature similar to Edge Sense.

As expected, HTC is back with some new smartphones including a bigger and better version of the U11 flagship. It’s onwards and upwards for the company following its deal with Google. Here’s our HTC U11+ review.

There was some debate over whether HTC’s November launch event was for the U11+ or the mid-range U11 Life. It turns out it was for both so now the U11 range is available in more premium and cheaper options. Read about both new HTC phones here.

The ‘Plus’ versions of rival phones are considerably more expensive so respect to HTC for keeping it down here. For example, the Samsung Galaxy S8+ and iPhone 8 Plus are £779 and £799 respectively so you’re saving a decent chunk here.

Unusually, the phone is only available directly from HTC’s official store rather than any other retailers or networks.

As you’d expect from a ‘Plus’ version of any phone, the U11+ is a bigger version of the U11. It’s got a bigger screen, of course, but there are a few other design bits and pieces that are new.

The device still has the same design language with HTC’s ‘Liquid Surface’ curved glass at the back. This time round there are two colours to choose from starting with Ceramic Black which to our eyes in real life looks more like chrome/silver. 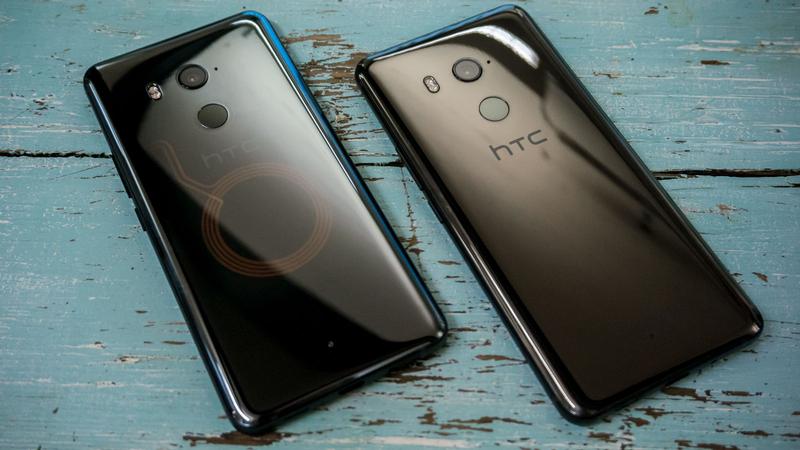 A Translucent Black option, as teased ahead of the launch, is a little more interesting. It’s a smokey grey sort of colour and means you can see some components underneath the glass – namely a coil of metal which is used for NFC (not wireless charging sadly).

It’s a bit like having a window on the side of your gaming PC rig, but without all the neon lights.

We prefer the translucent option but the sad news is that it’s not coming to Europe, at least to begin with, so fingers crossed for it to come later. This is despite teasing it off on the official site.

The U11+ looks stylish but not everyone will enjoy the larger and heavier size (188g is pretty hefty), or the way the back of the phone gets covered in smudges and fingerprints very easily once again – It’s also a bit slippery.

You might have noticed that the fingerprint sensor has been moved to the back of the phone. This is to make way for a different size screen. 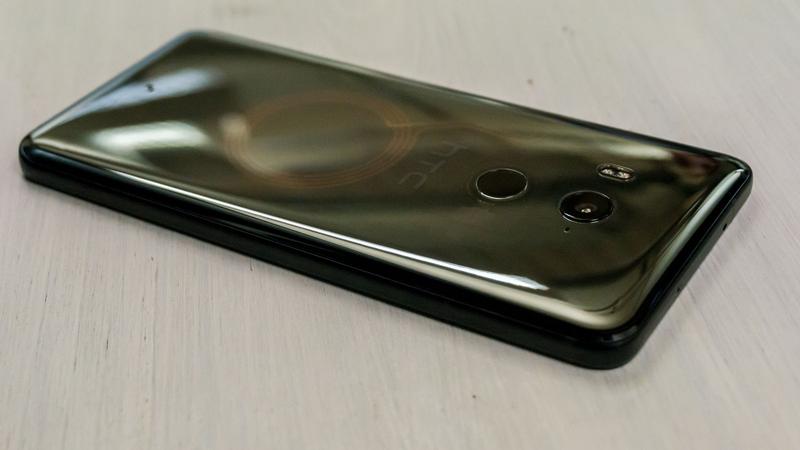 HTC has upgraded the waterproof rating so the U11+ gets IP68 which is the highest you’ll find on a phone meaning you can dunk it in up to 1.5 metres of fresh water for up to 30 minutes.

Edge Sense is still a feature, so squeezing is another way of interacting with the device. There are pressure sensors in the sides of the device in the lower half that trigger certain commands. We’ll talk more about this, including a new feature exclusive to the U11+, in the software section.

Sometimes, take the Galaxy S8 for example, a Plus version is really just a bigger version of the same device. However, with the U11+, HTC has done more than just install a larger screen into its existing phone.

As mentioned, the fingerprint scanner has been moved to the back of the phone to allow for a screen similar to some rivals. The U11+ has a 6in screen, with an 18:9 aspect ratio and a Quad HD+ resolution (2880×1440).

One of our complaints with the U11 was the more standard display which wasn’t as exciting as rivals, so an 82 percent screen-to-body ratio is much more competitive. The U11+ will support HDR10 but via a firmware update.

Overall the screen looks pretty good, although LCD isn’t everyone’s choice over AMOLED. It’s crisp and bright so you really need to decide if 6in is the right size for you. 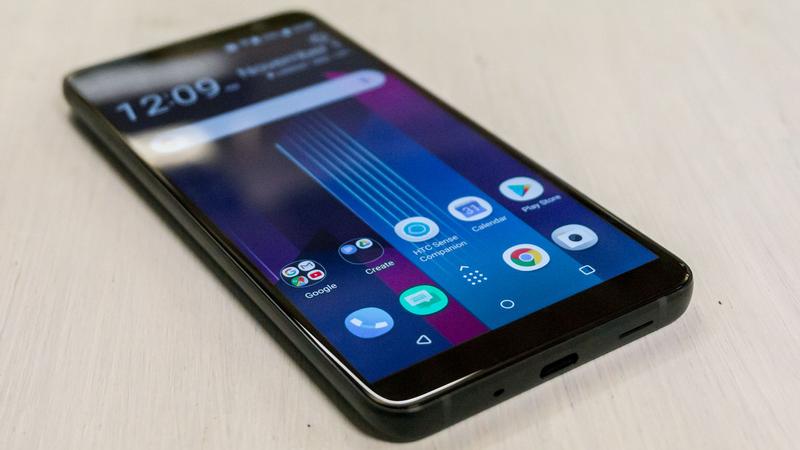 The U11+ still has a Snapdragon 835 processor and although there’s a version with 4GB of RAM and 64GB of storage, we’ll get the 6/128GB model as standard in the UK which is great news.

It makes the price tag and value for money even better and there’s still a microSD card slot should you really need to add more. Most users won’t with online backup services like Google Photos, though.

Like any top-tier smartphone, we’ve found performance to be silky smooth. We’ve had no issues waiting for apps to load, multi-tasking and the like. As you can see below, it benchmarks with the best of them.

HTC is once again pitching its phone at audiophiles with a range of different features including USonic noise cancelling headphones in the box. The U11+ also supports 24-bit playback, has an LDAC and offers Qualcomm’s aptX HD codec for Bluetooth.

There’s no headphone jack which is a shame – especially considering there’s space for one – but the USonic have USB-C and there’s also an adapter included for traditionalists.

The phone also has BoomSound Hi-Fi Edition which the firm claims is 30 percent louder than its smaller brother thanks to the additional space. It’s a decent option for those into audio but it can’t quite beat the LG G6 and V30 phones with their dedicated DACs. 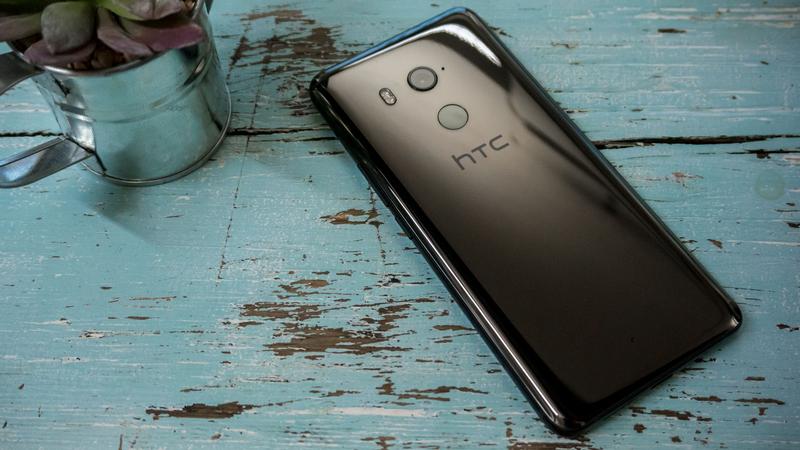 HTC has opted for the same 12Mp UltraPixel 3 camera as the U11 which we were very impressed with. However, there’s a change at the front from 16- down to 8Mp – the U11+ front camera has an 85 degree field of view and the HDR Boost feature found on the back.

Both cameras are of a high standard and you’ll get decent selfies from the front camera for starters. Although the main camera might not have a second lens for fancy tricks, it does take no nonsense quality shots in a range of conditions.

We’ve found it easy to use, with quick auto focus and crisp results. You can jump into the Pro mode if you want to fiddle with settings but the U11+ does a great job of providing pleasing shots by simply pointing and shooting.

As you can see from the test images below, detail is excellent, even in shadows, colours are natural and exposure is good. The U11+ is great in low light, too, making it seem like the conditions weren’t bad. This is partly due to the optical image stabilisation which keeps everything steady. 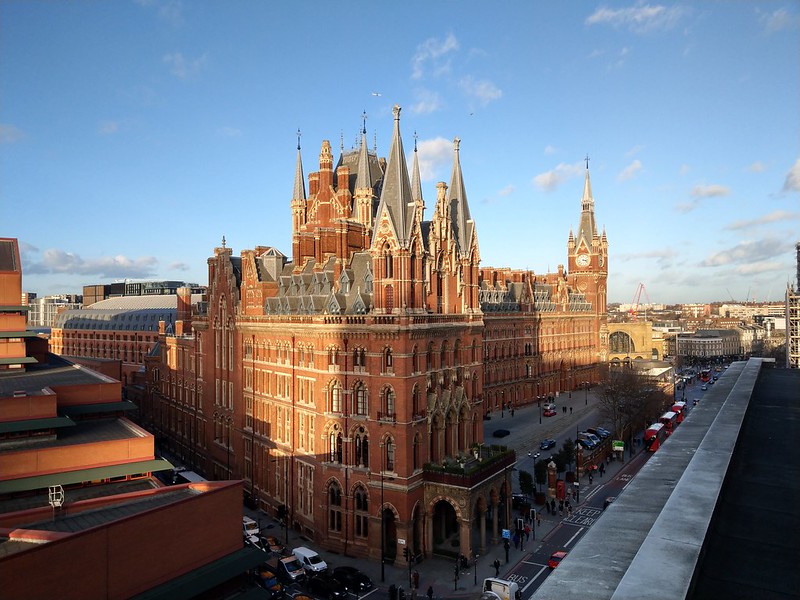 Another advantage of a larger handset is space for a bigger battery. The U11+ has a pretty huge 3930mAh battery inside, around a third larger than most regular flagships. HTC is claiming up to 25 hours of talktime and more than a day of usage.

As alluded to, the coil you can see on the translucent model isn’t wireless charging. It’s NFC so you’ll charge via USB-C and there’s Quick Charge 3.0 support so you can top the battery up, er, quickly.

We’ve found battery life to be very strong with the U11+ comfortably lasting a day of even fairly heavy usage. 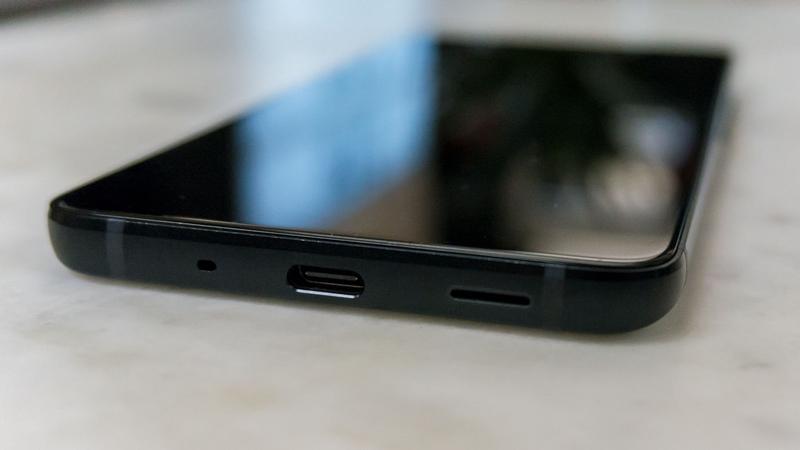 As you’d expect, the U11+ comes with Android 8.0 Oreo which is the latest version of Google’s mobile operating system.

HTC Sense is the firm’s custom user interface over the top, but like many these days it’s not as far removed from stock compared to how things used to be. The interface has things like HTC’s news feed instead of Google and supports both Amazon Alexa and Google Assistant.

There’s also HTC’s Sense Companion, which on the whole we find more annoying than it is useful – especially on top of services like Google that are already pretty polished.

The U11+ comes pre-loaded with a few apps, some of HTC’s own like Viveport as well as the likes of Facebook and Instagram. You can uninstall the ones you don’t want, though. 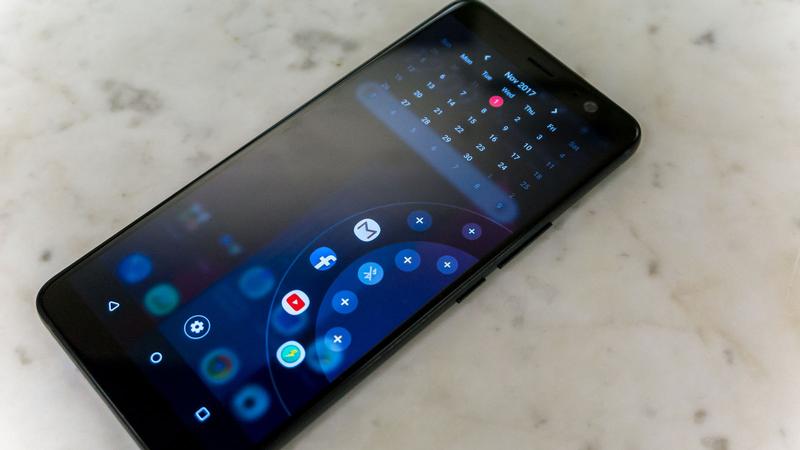 With such a large screen, HTC has considered the user and has made it so you don’t have to reach the top to pull the notification bar down. You can swipe anywhere which is a relief and really should be on all large phones.

Another feature on the U11+ is a shortcut wheel called Edge Laucher which you can summon with Edge Sense. Apps and quick settings can be added to this and it can be moved around for convenience.

It also shows the calendar at the top and it’s one of the most useful thing we’ve experienced with Edge Sense. You’ll just need to set it as the action in the Edge Sense setting as the default is camera.

You can do plenty of other things with Edge Sense such as power on/off, take a screenshot, open and close the notification draw and even toggle your Wi-Fi hotspot. You can also switch to an advanced mode that allows for two functions, the second accessed via a squeeze and hold.

There are also in-app uses for Edge Sense such as snoozing alarms, writing a new email or zooming in on a map. Generally, though, the regular method for these things is better with Edge Sense trying to solve a problem that doesn’t really exist.

Edge Sense is good if you can find something you like to use it for. However, for many it will be something you try for a while then forget about.

For reference, here are the specs of the U11 family of phones in comparison with one another: