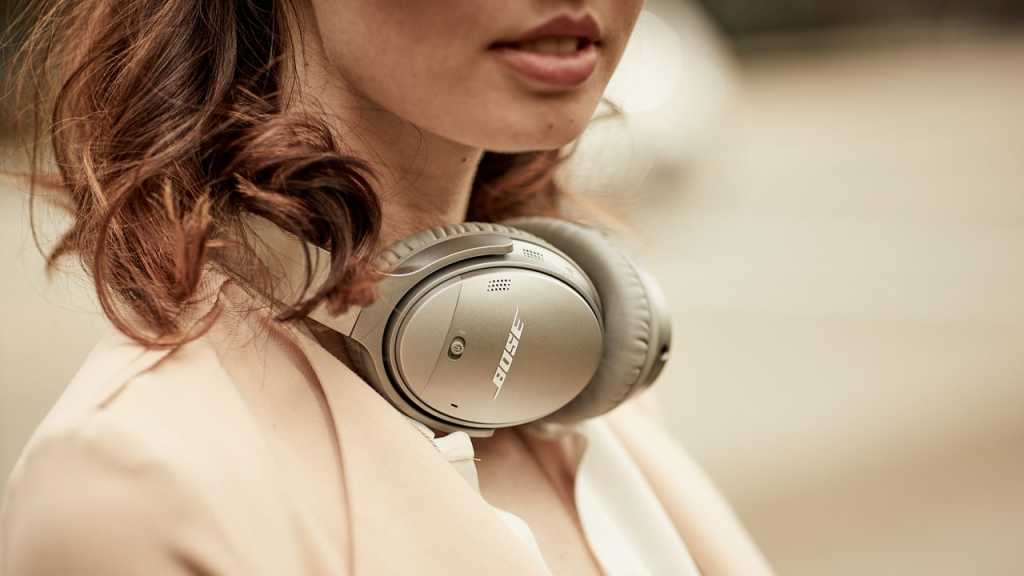 The Bose QC35 II headphones fix many of the complaints with the first-generation headphones, including the lack of control over noise cancellation. The introduction of Google Assistant is interesting and may be of use to some Android users, but we can’t see it being the main reason for making the purchase – especially when the headphones are so comfortable and produce outstanding sound quality.  It’s not worth the upgrade for first-gen owners, but we’d recommend the Bose QC35 II headphones to anyone looking. They are the best all-round wireless headphones money can buy.

While the Bose QC35 headphones caused a lot of excitement upon release in 2016, there were a few complaints from consumers. Despite sounding and feeling incredible, the inability to adjust the noise cancellation left some high-end audio fans a little frustrated.

Priced at £329.95, the Bose QC35 II headphones aren’t the cheapest headphones we’ve ever reviewed, and it appears as if Bose has stopped selling the first-gen QC35s altogether rather than offering a price drop. They are £100 more than the £229 in-ear Bose QC20s, although these offer a huge upgrade in terms of built-in tech (Bluetooth, adjustable NC, Google Assistant, etc).

The Bose QC35 II headphones are available to buy right now from Bose along with third-party retailers like John Lewis. If that’s a little too expensive for you, we’ve got plenty of other options in our best headphones chart.

In terms of design, the second-gen QC35s are much the same as their predecessor – and that’s not a bad thing.

The Bose QC35 IIs feature a flexible headband with soft, cushioned microfiber lining that helps alleviate pressure from the top of your head during long listening sessions. They’re wide to reduce the pressure on your ears, and when coupled with the incredibly soft-to-the-touch cushions present on the earcups, it provides one of the most comfortable listening experiences ever. The “Quiet Comfort” branding really is true.

The only difference between the first-and second-gen QC35 headphones is the addition of a new button on the left earcup. This can be used to either activate Google Assistant or choose between three noise cancellation profiles, and it’s something we go into more detail about below.

Although the headphones aren’t any weightier than their predecessor at 310g, it’s impressive that Bose could add new functionality to the headphones without making them any heavier. 310g may sound heavy, but thanks to the cushioned body, it’s not really noticeable when worn.

The end product is headphones that feel like they’re made from plastic. It’s not a reflection of build quality or durability, it just doesn’t provide that solid premium feel present in other high-end headphones.

Also, as an owner of the first-gen QC35s, we can confirm that the microfiber lining does get grubby over time, and it’s probably worth opting for the black variant rather than the silver for less noticeable wear-and-tear.

The headphones come with a black hard case to keep them safe when not in use, along with a 3.5mm headphone wire and a microUSB charger to top up the built-in battery. 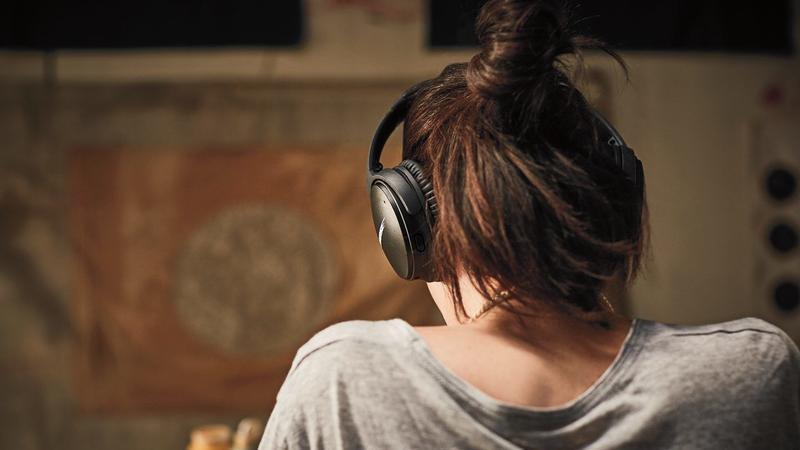 So, what’s new on the Bose QC35 II? Like the first-generation headphones, the new headphones sport wireless connectivity via Bluetooth and noise-cancelling properties. There’s also built-in NFC that allows Android users to simply tap the headphones to connect – certain iPhones do feature NFC, but this is used exclusively for Apple Pay.

You can also connect the headphones to two sources at once and switch between them simply by pausing on one source and playing on the other. It means that you can be connected to both your smartphone and your computer/laptop at the same time, listening to music via the laptop and answering calls from your phone hands-free.

There is a 3.5mm headphone jack on the headphones for those that opt for wired connections, but you’ll need battery power regardless of your connection type. Why? To power the noise cancellation and digital active EQ. The QC35 II headphones should last around 20 hours per charge via Bluetooth, or a whopping 40 hours if using the wired connection.

That all sounds great, but all that was available on the first-gen QC35 headphones. The biggest new addition to the headphones? Google Assistant. Admittedly the Assistant does still require an internet connection via your iPhone or Android smartphone, but it should improve your day-to-day – especially if you don’t have access to Google Assistant at the moment.

After a fairly quick and easy smartphone setup process, Google Assistant is activated by pressing the new button on the left earcup and can pick up voice commands via the headphones’ built-in microphone system. While it may not sound any different to the first-gen headphones when used in calls, Bose claims that it’s advanced enough to make out voice commands in noisy and windy environments.

Once activated, you can ask Google Assistant to do things like direct you to the nearest train station, or get updates on how badly Arsenal got thrashed last night. It’s arguably easier than getting your smartphone out of your pocket and looking yourself, and also provides an extra level of privacy when in public (although you’ll still have to verbally utter your requests, which some people still find awkward in this world of virtual assistants!).

Of course, the functionality isn’t exclusive to the QC35 II – any recent Android flagship that features Google Assistant can provide a similar experience with standard headphones, but it’s invaluable if you’re using an older smartphone.

If you’re not a fan of Google Assistant, you might be a fan of the second new feature of the Bose QC35 II: different noise cancellation profiles.

One of the biggest complaints with the original QC35s was that there was no way to adjust (or turn off) the noise cancellation. It appears as if Bose has taken this on-board with the second-gen headphones, and offers the ability to choose between three noise cancelling options in the Bose Connect app: High, Low and Off. 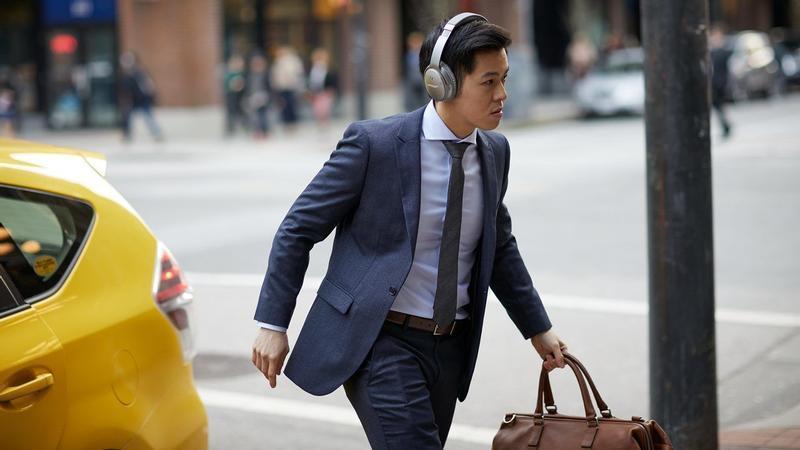 The Bose QC35 II headphones sound incredible, just like the first-gen headphones. There’s a slight difference between the quality via Bluetooth and 3.5mm jack, but it’s nowhere near as noticeable as cheaper headphones.

Overall, you’ll find the same classic Bose sound quality found across its range of headphones and speakers. It’s rich, balanced, crisp and very atmospheric, especially with ‘high’ noise cancellation enabled. The bass is tight and refined, but bass-heads may want to look elsewhere for bass that rattles your brain.

Vocals and instruments sound clear, and the top-end is bright and sparkly. It’ll be hard to find better-sounding headphones at this price with the roster of features offered by the QC35 IIs, that’s for sure.