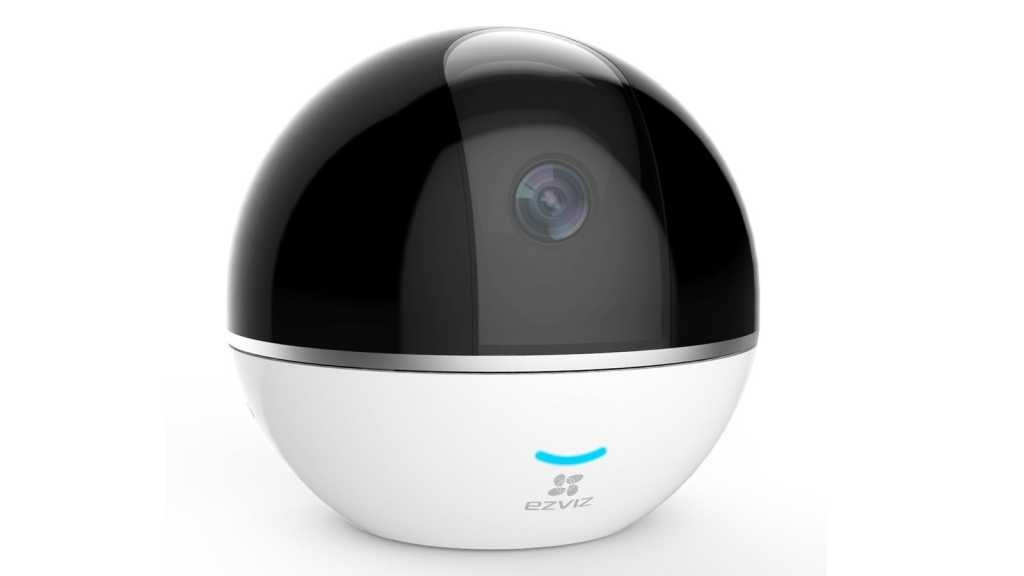 It isn’t flawless, but for this price the Mini 360 Plus is a very good security camera which records great-quality video. It undercuts all the big names despite offering pan and tilt with motion tracking. There’s no free cloud storage, but recording to microSD means you get the full quality and not a compressed, lower-resolution stream.

Gone are the days of internet security cameras costing £130 or more. Those models still exist of course (Nest charges a heck of a lot for its Cam IQ) but there’s a new wave of much cheaper cameras.

Ezviz may not be a familiar brand but don’t discount it for that reason. The Mini 360 Plus is the second camera we’ve seen from the company (which is a sub-brand of Hikvision which is well known in CCTV circles).

Amazingly, it’s cheaper than the Mini Plus but has more features. Chief among these is pan and tilt – the reason for the 360 in the name.

It means the camera can rotate almost 360 degrees and tilt up and down for a complete view of a room. In fact, while you can control this yourself through the app, the camera will automatically track movement when motion is detected.

This avoids the problem with fixed cameras where the action might happen just out of shot.

And despite the relatively low price, it’s equipped with Wi-Fi, a 1080p sensor, two-way audio and night vision.

You can buy a Mini 360 Plus from Amazon for £89.99. That makes it cheaper than most of the other fixed cameras we’ve reviewed.

If there’s a catch, it’s that you don’t get any free cloud storage: video is recorded to a microSD card (up to 128GB) that you must supply. 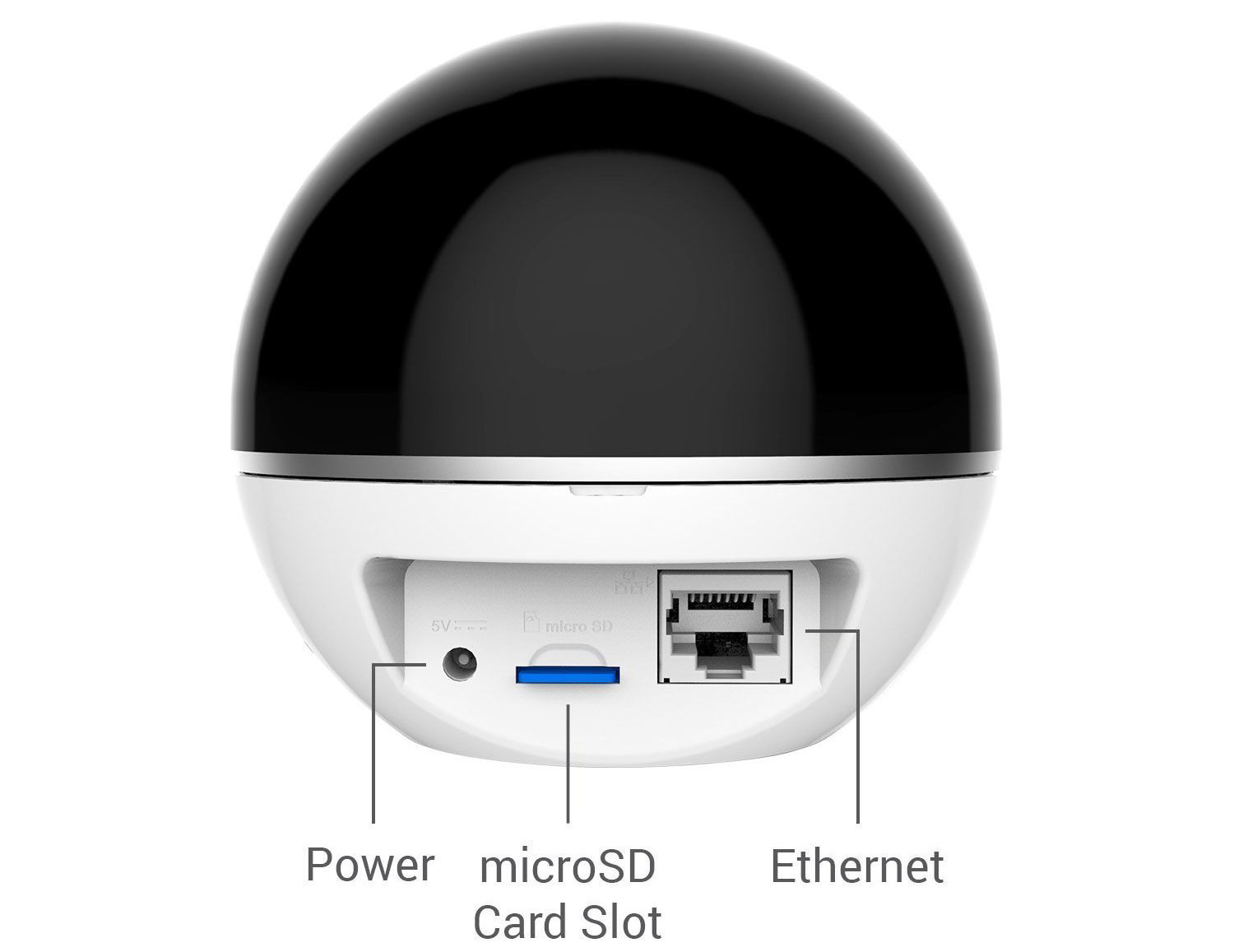 It costs £4.99 per month for rolling seven-day storage and £9.99 for 30 days. Note that this isn’t continuous recording: only ‘motion events’ will be saved.

The camera is quite small – a little bigger than a tennis ball. The top half is black and the bottom half white, and the entire top can rotate almost silently through 340 degrees. 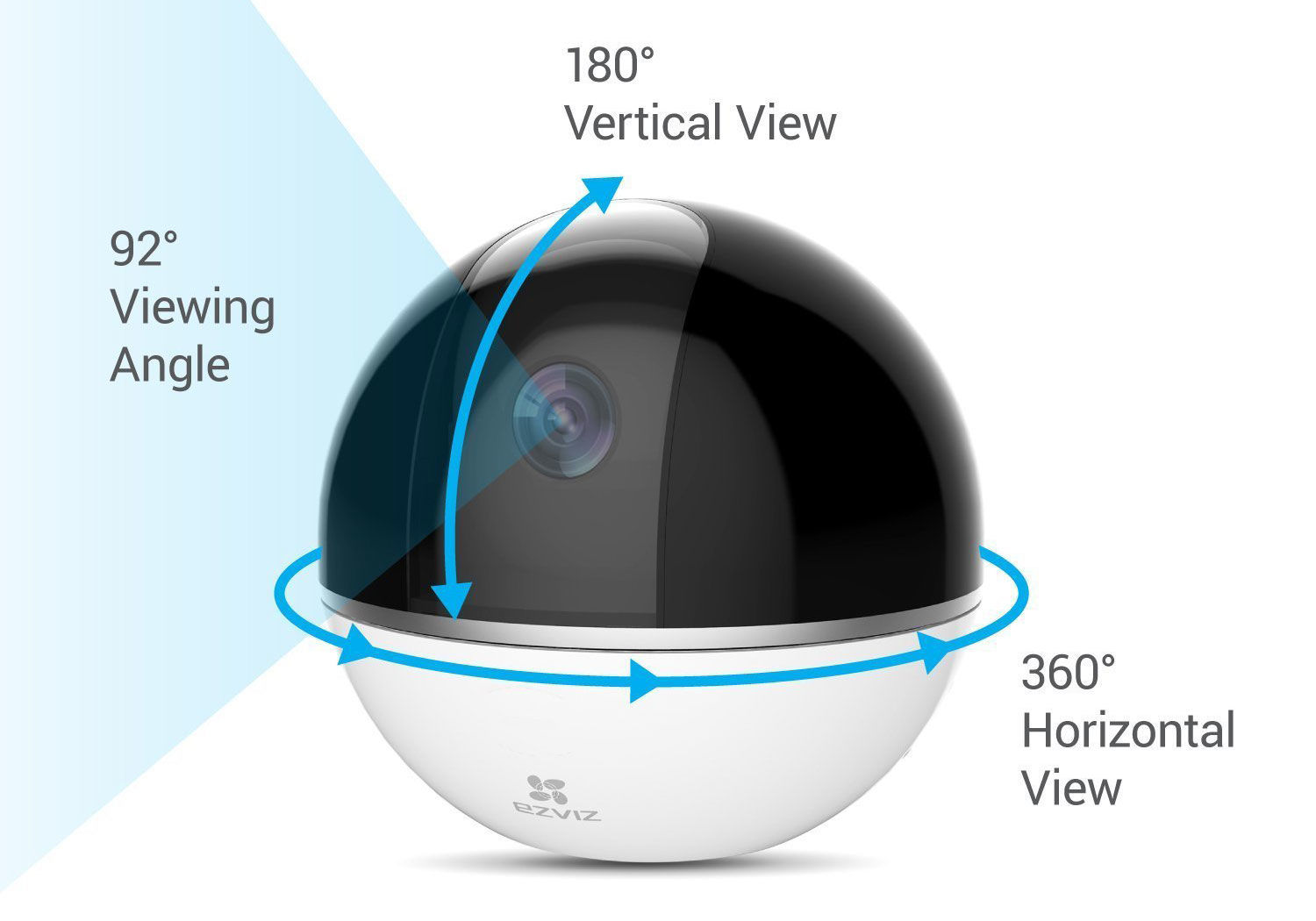 The camera inside can tilt up and down and if you enable the privacy mode, it will rotate out of sight and show the Ezviz logo so you can easily see that it’s in that mode.

The base is flat so you can place it on a table or shelf, but screws and a drill template are provided for ceiling mounting. That’s the ideal position, but also the trickiest as the power cable is unlikely to reach a mains socket near the floor.

Of course, when any motion is detected you’ll get a notification on your phone so you can see the live feed, but the action will be recorded to the SD card, or the cloud if you pay the monthly subscription.

The app is the same as for the Mini Plus, and you’ll find more detail on it in our Mini Plus review.

Suffice to say that it’s pretty well designed and easy to use. You can easily navigate to the day and time of an event you want to see.

Our previous experience of a pan and tilt camera was the SpotCam Eva. This had an annoying control mechanism with an even more annoying delay. The Mini 360 Plus has a small delay – inevitable because of the indirect connection between the app and the camera – but allows you to swipe as if you were viewing a panoramic image, so it’s intuitive.

It’s also reliable, and moves according to your swipe rather than erratically to the end of its travel as the SpotCam tended to do.

There’s another control method too. This involves the camera taking a panoramic photo of the room and you can then tap on the photo to centre the camera on that point.

The lens has a 92° field of view which is narrower than most security cameras. It doesn’t matter too much as the pan and tilt means you can view the whole room with more detail than a fixed camera, but in order to track motion, the camera has to spot it first.

If someone moves in an area that’s not being covered, the Mini  360 Plus won’t detect and follow them.

In our testing, this wasn’t an issue. We simply left the camera pointing at the door and it reliably tracked everyone who entered.

However, detection would be improved if the camera were able to detect unusually high noise levels and scan the room for motion. Also, as with the Mini Plus, the 360’s internal speaker is too quiet for two-way audio, so your voice may not be heard – or heard clearly – by whoever is in the room.

The app highlights motion events in orange on the timeline so it’s fairly easy to jump to the point where you think something significant might have happened, and you can watch the compressed daily recap if you just want to see what happened during that day.

Video quality is very good, with detailed images during the day with (not that it matters hugely) accurate colours. Bear in mind that if you do choose 1080p, video will record at 15 frames per second rather than 30fps at 720p. For security purposes 15fps is good enough, though.

Night vision works well enough, but like all cameras which use infrared, it isn’t as easy to identify a person under IR light.

What we do like is how the time and date stamp dynamically flips individual characters to black or white to make it readable as the scene changes.