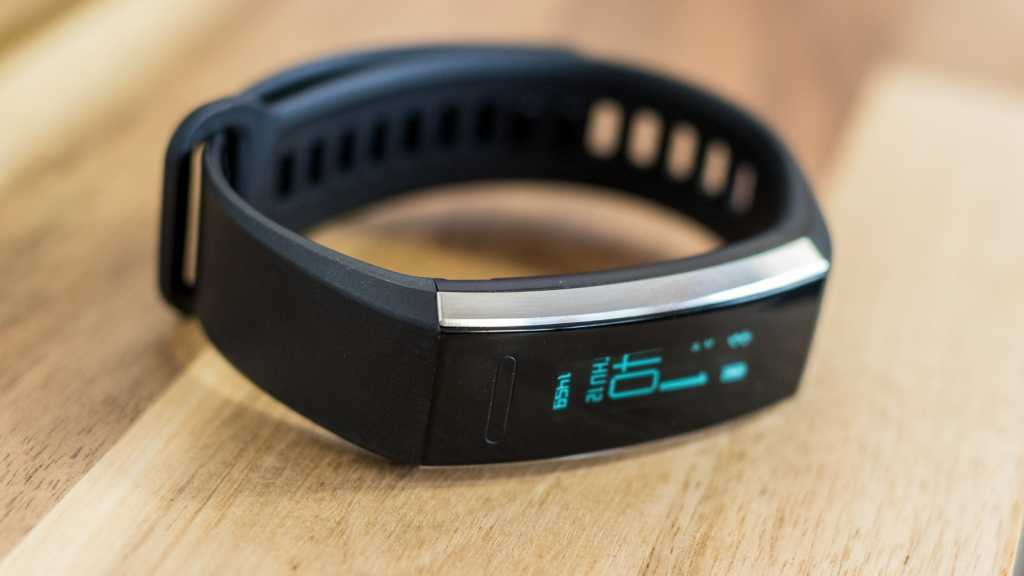 After an extensive review of price, features, design and performance, the Huawei Band 2 Pro is definitely a recommended purchase for anyone looking to stay healthy. It’s packed with loads of features such as GPS fitness tracking, heart and oxygen data, messaging and calls, a relaxation aid and sleep tracking – with data stored, outlined and explained on the Huawei app.

With a variety of fitness trackers on the market sold at a range of prices, it’s important to assess functionality and performance rather than buying the cheapest option.

I mean we all want to get our money’s worth, right?

At £79.99 ($69.99 USD), the Huawei Band 2 Pro is considerably less expensive than its pricier counterparts, in addition to offering features such as GPS tracking, heart monitoring, sleep analysis, waterproofing and a built-in breathing and sports coach.

We put the Huawei Band 2 Pro to the test to see if it should be your next fitness-tracking purchase. Read on.

With a smooth ergonomic design and digital screen, the Band 2 Pro looks like any other fitness tracker – similar to the look and feel of the Fitbit Alta HR. Though it doesn’t resemble a “fancy watch” look, the Band 2 Pro can definitely serve as an everyday accessory in addition to offering health-tracking benefits.

The 114.67 mm x 101.35 mm long band is made of thermoplastic polyurethane, which is a mixture of plastic and silicone. Though lightweight in nature, it didn’t feel low quality and resembled more of a silicone feel than plastic. I found it to be quite comfortable after 24 hours of wearing.

It comes with a two-notch clasp that is threaded into two loops. Once in place, my Band 2 Pro felt secure and never unhatched; however, the clasp is a bit of a struggle to fix.

Pictured is the The Band 2 Pro in classic black, but if you’re looking for something a little more vibrant, you can purchase it in red or blue. 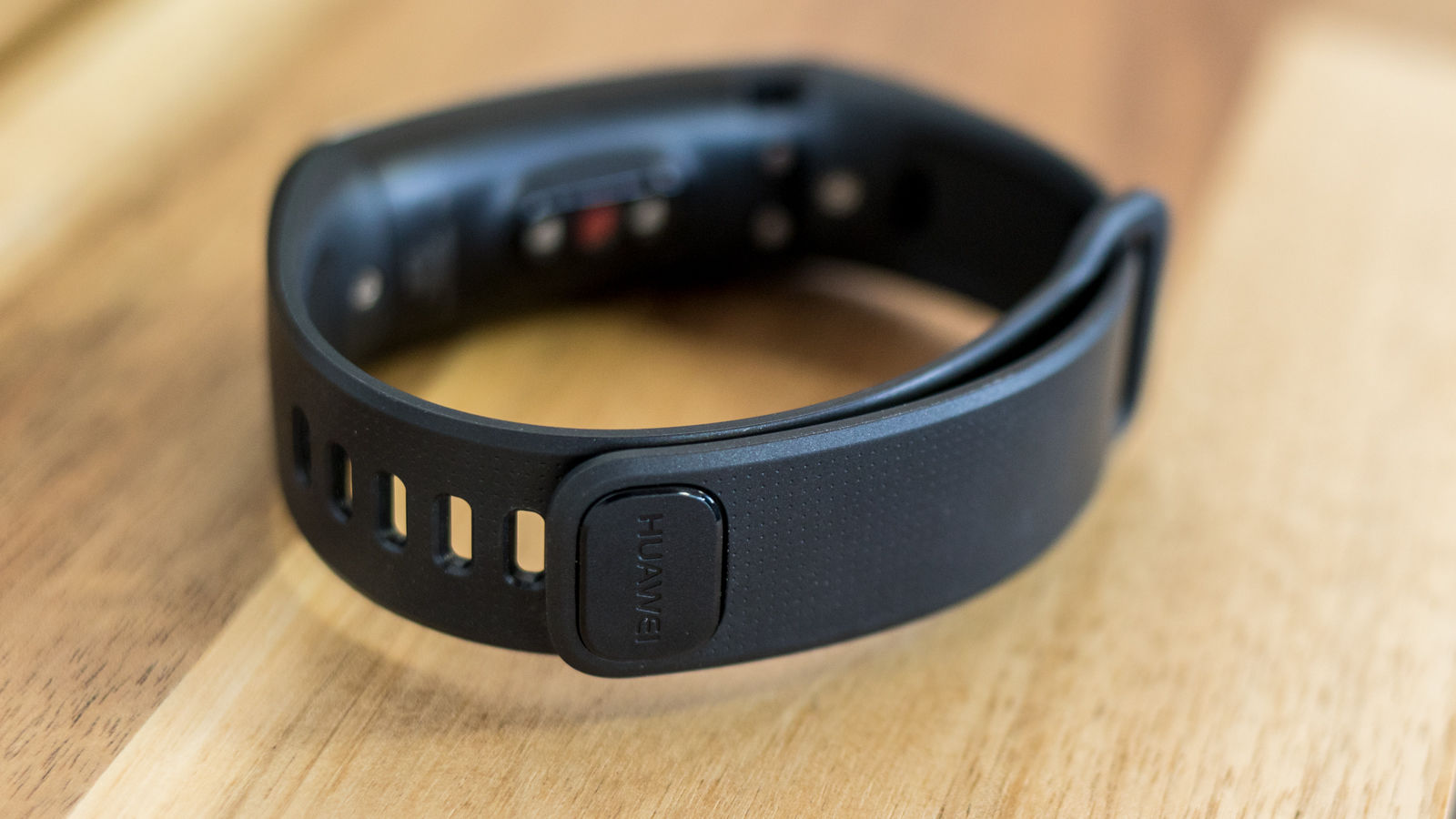 Starting with the basics, pairing the device was extremely simple. Just download the Huawei Wear app from the App Store or Google Play.

This app is compatible with devices running Android 4.4 and greater as well as iOS 8.0 and above. You can even pair your Band 2 Pro with an Android or iPhone to leave your phone at home and access messages and calls while exercising.

Once downloaded, the app will ask you to implement basic biometrics such as gender, height, weight and birthday. This will ensure accuracy in recording your health and fitness activity.

Then at the bottom right, click “devices” and choose your device (in this case the Band 2 Pro). For me the Band 2 Pro activated almost instantaneously – I confirmed with a tap and my app was quickly paired.

The Band 2 Pro supports a Passive-Matrix display (PMOLED), which is typical for smaller gadgets and wearable devices.

PMOLED screens are generally restricted in resolution and brightness because they display sequentially and lack a storage capacitor. I found that the resolution was clear and easy to read indoors and at night.

Outside, however, brightness definitely suffered. It was difficult to read information on the screen in a sunny environment – a substantial disadvantage to this product.

As far as response rate, the Band 2 Pro quickly reacts to touch.

Clicking on the sensor at the bottom of the screen activates the home screen on the Band, which informs the user of the time, date, battery percentage and whether or not the device is connected to Bluetooth.

Tapping the sensor again switches the display between the various features, which are outlined below.

Features include tracking steps, heart rate, running, cycling, swimming, breathing and oxygen levels, sleep levels and waterproofing. If you’d like, you can link your health data to third-party platforms such as Apple Health, Up by Jawbone, and MyFitnessPal.

The first feature after the home screen, Steps tells users how many steps they have walked or ran in a day – but it doesn’t stop there.

Within the app, the Steps feature is accessible by tapping on the number of steps displayed on the homepage towards the top of the screen. It further breaks down number of steps by day, week, month, year and even time.

Users can see real-time percentages of the amount of steps that they have walked, ran or climbed. Similarly to a number of fitness trackers, Huawei sets the goal number of steps at 10,000 and celebrates when users hit the mark.

I compared my steps in a day on the Huawei with my Apple iPhone Health app and they were essentially the same number.

I also had gone on a 7 km run, which according to Google should be around 10,000 steps – approximately the number of steps both the Huawei and Health apps read during that time period.

If you’re interested in improving or maintaining your health, the Band 2 Pro provides all-day heart monitoring.

Sensors located on the back of the Band 2 Pro continuously register your heart data. To access this feature, tap the home sensor twice, which will bring you to your heart rate in beats per minute (bpm).

The data is stored on the Huawei app according to day, week, month, year and time. It gives you your latest, maximum and minimum bpm.

In addition, the app offers a heart rate interval chart, letting you know in which range your bpm falls. 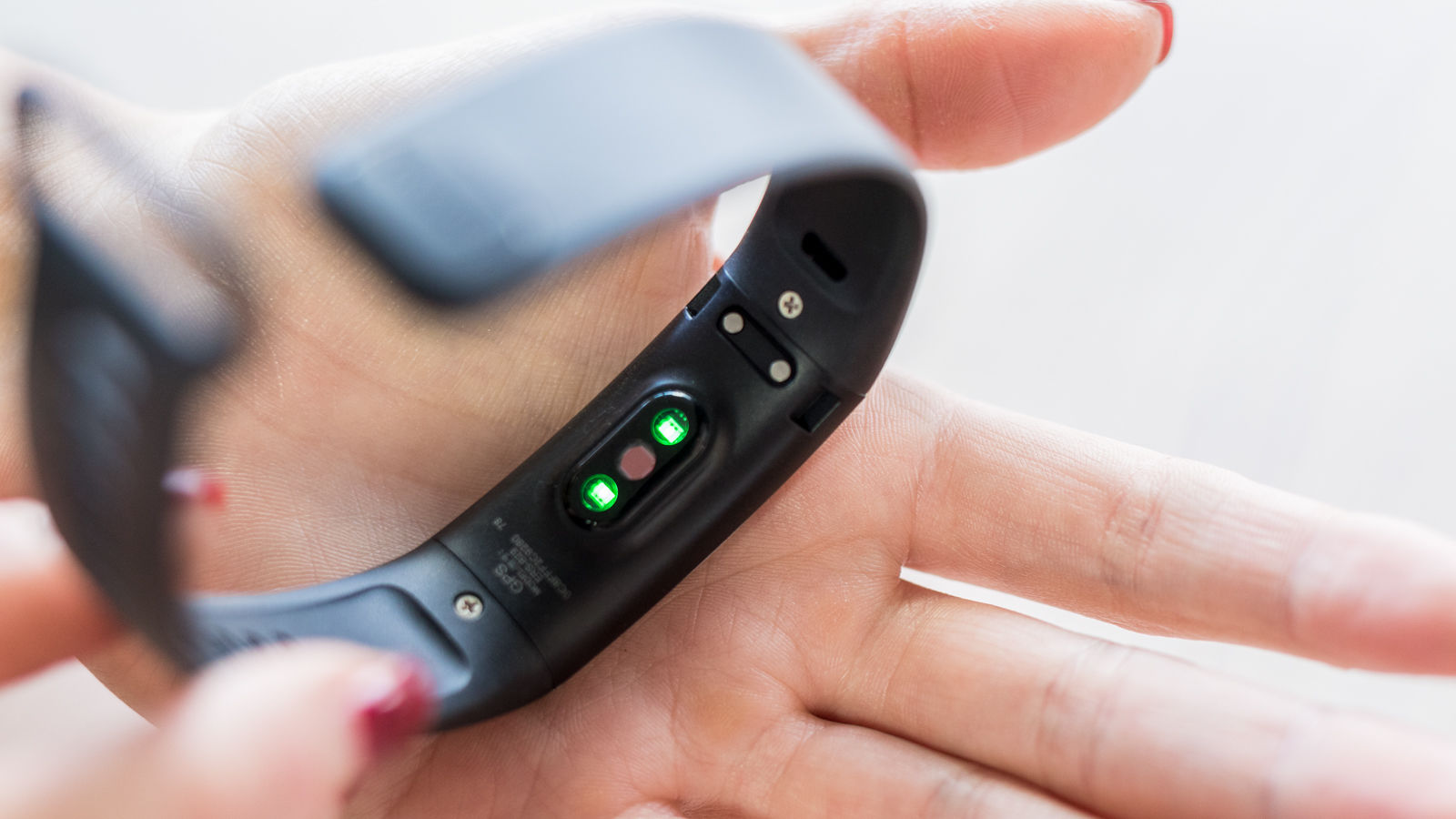 The third feature on the Huawei app is a cycling feature. On the Band 2 Pro, holding the home sensor on the Cycling section will begin (or end) cycling workout and activate cycle-tracking data.

GPS monitoring tracks distance and time, calories burned and heart rate, similarly to the Run feature. Data is synced and recorded on the Huawei app.

Not only is the Band 2 Pro sweat-proof, but it can withstand water pressure of 5 ATM, making it the perfect swim-tracking device.

Unlike Run or Cycling, to activate the Swim feature users must knock twice with their knuckles. This movement actually ensures better accuracy with timing during GPS tracking.

It would be more difficult to access the small home sensor button during a swim verses knocking anywhere on the screen with your knuckles. Well done Huawei. 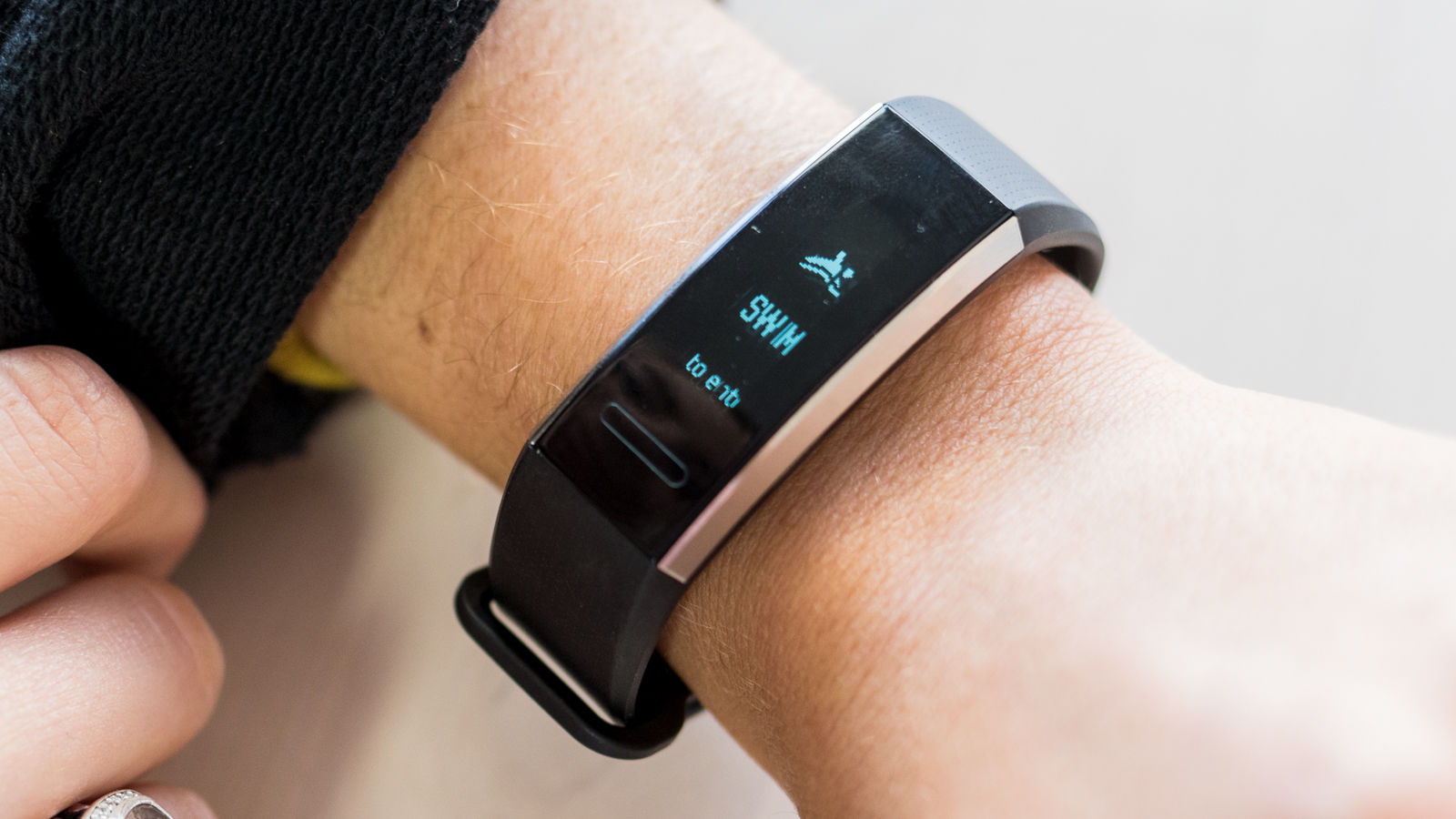 The Band 2 Pro includes a mindfulness feature that acts as a built-in breathing coach. The Breathe feature walks users through a miniature meditation that guides breathing cycles to reduce anxiety, control stress and improve concentration.

With first beat it tracks your oxygen and heart levels and offers feedback on how you’re doing in terms of breathing and relaxing. Real data generates how “relaxed” you are after succeeding or failing to follow the breathing instructions

As mental health is just as important as physical, this brilliant feature encourages healthiness and wellbeing from a holistic standpoint.

Another essential element to health is sleep. Similarly to Fitbit, the Band 2 Pro tracks the period of time spent in deep and light sleep, in addition to how many times you awaken during your sleep.

The Huawei app gives feedback and ratings based on your goals and sleep trends to encourage a healthy amount of sleep for optimal mental and physical functioning. It also recommends a specific bedtime and waketime to cultivate a fixed sleep schedule.

The Huawei was pretty accurate in tracking the minutes and hours I was asleep. Though it’s difficult to compare the accuracy of light and deep sleep cycles, Huawei base measurements and breakdown of statistics seem thorough.

According to Huawei the battery life of the Band 2 Pro can last up to 21 days following a single charge.

A full charge takes about 1.5 hours, which is fairly quick to cover a twenty-one-day span of usage.

The device comes with a charging cable and cradle. To charge, attach the cradle to the inner port located on the back of the screen. Then attach the cable to the cradle and a USB port.

I charged the device to 100%, and following a day’s worth of tracking (including GPS activity), my Band 2 Pro still had 100% battery the following day.

Though I haven’t tested the full twenty-one day battery life, it seems likely that the battery life is as good as Huawei claims. 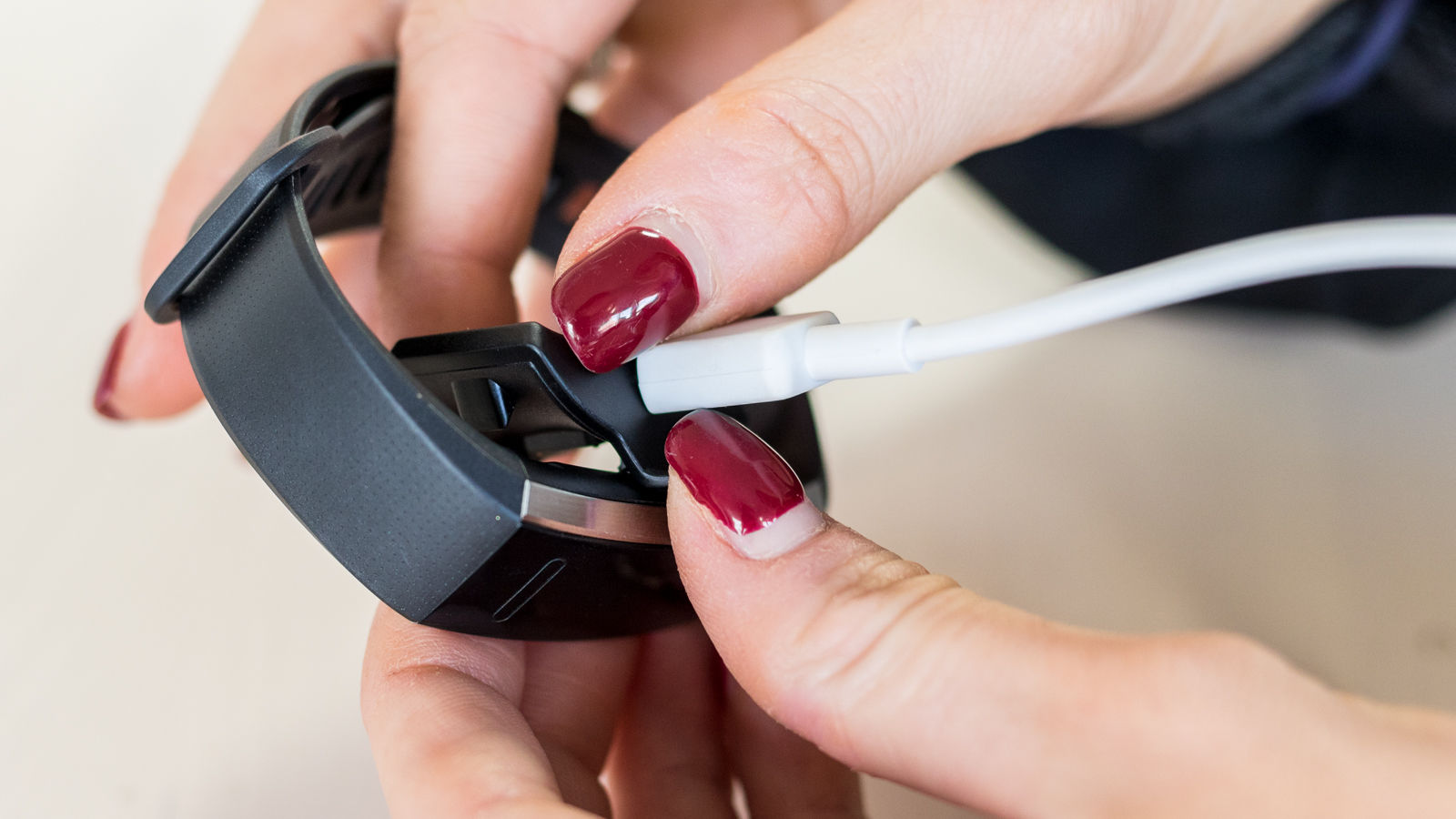