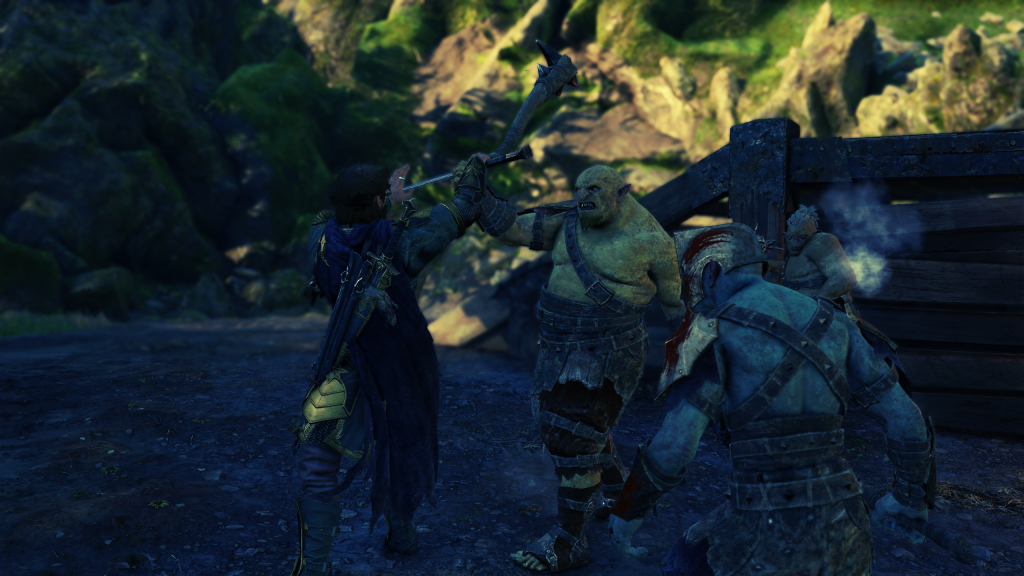 Shadow of War is such an enjoyable game – the Nemesis System and fortresses are intricate and provide unique, compelling gameplay. The combat mechanics are fluid and suit the game perfectly, allowing you to charge into a crowd of orcs and emerge unscathed or silently take out enemies from the shadows. There are unwanted elements, like microtransactions and a slightly repetitive story, but the mechanics and gory executions will keep you coming back over and over again. It’s absolutely stunning too, especially on PC and Xbox One X.

Tolkienistas, rejoice! Middle-earth: Shadow of War, the sequel to 2014’s Shadow of War, is now available to buy in the UK. Following from the events of the first game, Talion is once again tasked with thinning the ranks Sauron’s orc forces in a stunningly gory fashion.

But has Warner Bros. done enough to get the approval of Lord of the Rings fans and cement its place as one of the best games of 2017? We’ve spent some time roaming around Mordor, and here’s our Middle-earth: Shadow of War review.

Shadow of War is now available to buy in the UK on PS4, Xbox One and PC, and predictably it’s available in a whole slew of different versions.

You can buy the standard version of Shadow of War from  Amazon (£41.99) or  Game (£42.99), which will get you the standard game. Zavvi has the £54.99 Silver, which includes the Slaughter Tribe and Outlaw Tribe Nemesis expansions and a Silver War Chest.

The next tier up is the Gold Edition, which is £84.99 from  Game in the UK, and includes all of the above (except the War Chest is gold), along with two story expansions: The Blade of Galadriel and The Desolation of Mordor. It also comes in a cool steelbook case.

Finally, for the real die-hards there’s the Mithril Edition, which any LotR fan will know is the best of all the fictional metals.

It’s an  Amazon exclusive in the UK and includes everything in the Gold Edition along with some physical goodies: a magnetic Ring of Power, a cloth map of Mordor, some stickers and lithographs, a soundtrack CD, and the real attraction: a 12in Tar-Goroth Balrog vs. Carnan Drake statue. It’ll set you back £249.99. 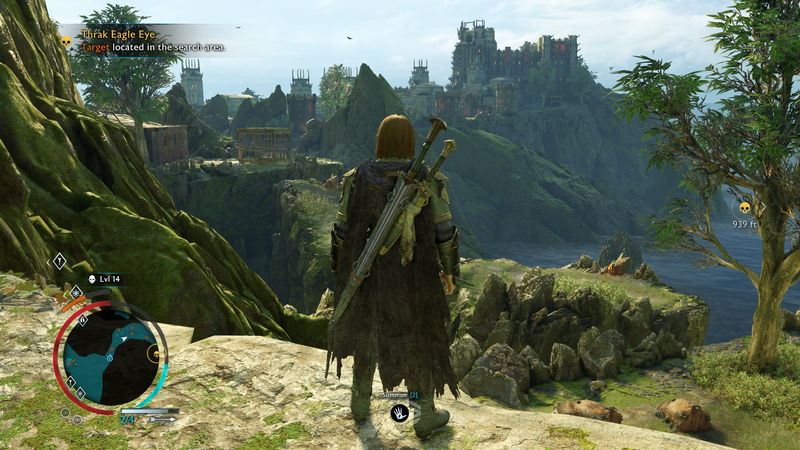 Middle-earth: Shadow of War is set directly after the events of Shadow of Mordor where (SPOILER ALERT) Talion and his elf-spirit Celebrimbor forged the New Ring in a bid to defeat Sauron.

The aim of the game in Shadow of War is to, as the name suggests, build an army to go to war in Mordor and finally defeat the Dark Lord. While the story itself may not be the game’s strongest area, Shadow of War’s various system provides a more strategic, satisfying and enjoyable gameplay experience.

The star of the show is undoubtedly the Nemesis System. As with the first game, the Nemesis System generates a horde of orc Captains and Warchiefs with their own personality quirks, voices and battle traits. No two captains will be the same, in terms of visuals or combat, making every encounter new and exciting.

It’s when you’re defeated in battle that things become interesting. Rather than having no knowledge of the prior encounter like in most games, the Captain will remember you and will actively hunt you down throughout Mordor (and believe us, they tend to turn up at the most inconvenient times!).

They may even feature new armour or weapons based on your previous encounter – one Captain that we went up against on several occasions returned with full metal body armour after being torched by caskets of flammable grog.

There’s a wider variety of orcs this time around too, all with different styles of combat, builds and armour. They are split into tribes that also influence how they look and perform in combat: Beastmasters will ride into battle on the back of Caragors, while Mystics can cast curses and disappear into a puff of smoke when the going gets tough. All this equates to a wide variety of enemies that provide unique challenges in battle, keeping combat feeling fresh.

Minor details of the Nemesis System will dynamically change as you play: Captains will go head-to-head, victors will be promoted and made more powerful and new orcs will take the place of the defeated. Even Captains and Warchiefs that you’ve dominated and are under your control can decide to rebel against you, messing up your fortress attack plans at the last second. 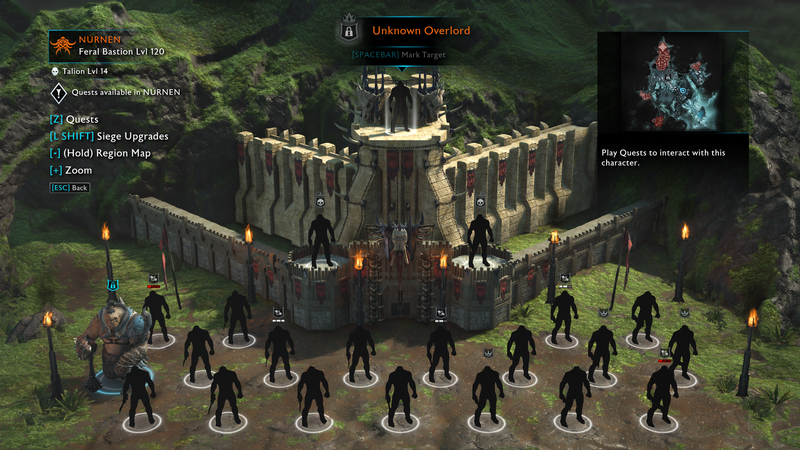 That’s right; complementing the Nemesis System are fortresses, a big part of Shadow of War. There are five in total, scattered across the various regions of Mordor. These act as the capital of each region, and although the world looks huge from the map view, you’re limited to a small open-world space surrounding the fortress.

The benefit to having multiple regions is that you get to experience a number of environments, from the lush green forests of Nurnen to the icy, snow-capped mountains of Sergost – it’s a far cry from the brown, miserable environments in Shadow of Mordor. There’s even a built-in photo mode, allowing you to capture some of the epic moments and environments that you experience. 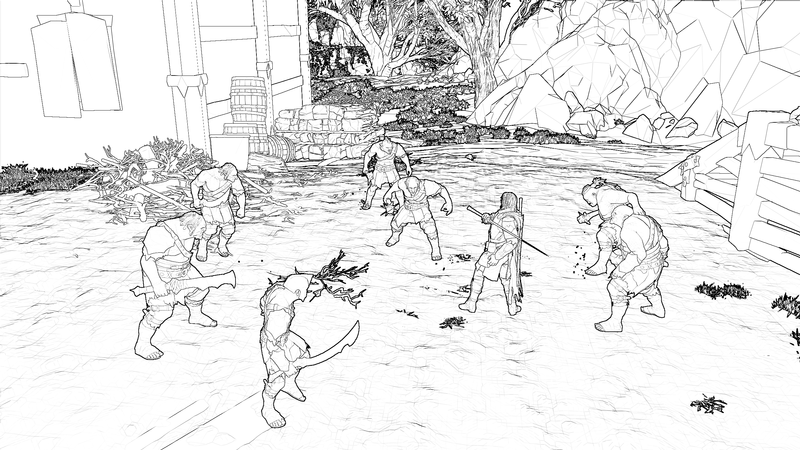 The idea behind fortresses is that you infiltrate the ranks and dominate various orc Captains and Warchiefs. The Nemesis System will create randomly generated events that will pit Captains against each other, and you can approach these situations in any way you desire.

You can sit and watch from above while they tear each other apart and then dominate the victor, take them both on head-on or take any other approach you find in your environment. Tactical players also have the option of interrogating Worms found throughout the world that can provide intel on how to defeat your targets.

Dominated Captains and Warchiefs will act as your spies and, when the time comes, they will turn against their leader and take down the fortress in aid of the Bright Lord. You don’t have to take down the Warchiefs before taking on a fortress, but each Warchief not on your side offers defences that make the task much more challenging.

Once you feel like you’re ready to infiltrate the fortress and take on the leader, you ‘activate’ all the spies (and their followers) to rebel and cause utter chaos. These moments are some of the best in the game – they’re exciting, action-packed and feel that much more satisfying because you know you’ve put the effort into dominating captains, upgrading your fortress attack capabilities and planning the takedown.

Of course, all that would be pointless with a frustrating and clunky combat system, but thankfully that’s not the case in Shadow of War. It’s incredibly fluid and satisfying, and if we were to compare it to anything, we’d say it’s a cross between Assassin’s Creed and Batman – amazing, right? You can charge head-on into large groups of orcs with major concern, unleashing a flurry of attacks, well-timed counters and executions and a range of elf-spirit powers. 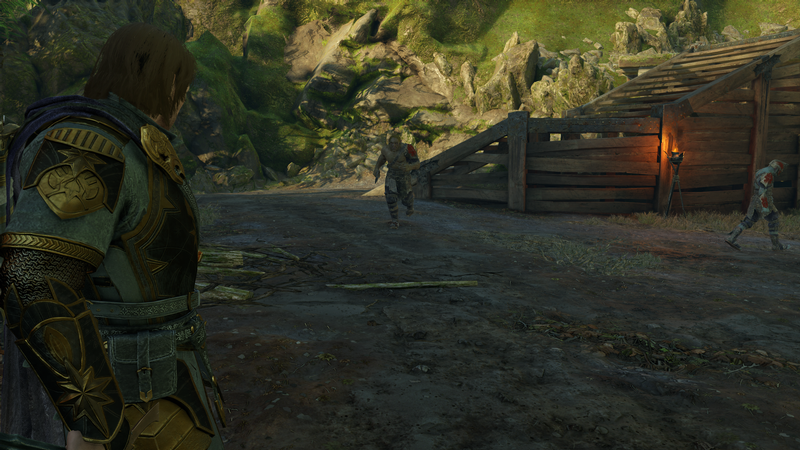 Captains provide a particular challenge, as each comes with different strengths, weaknesses, buffs and debuffs. This forces you to experiment and switch up your style of play to find the most effective way of taking them down (along with fighting off endless waves of regular Orcs).

If it does get too much, Assassin’s Creed-esque free-running and climbing abilities combined with a Focus-powered super jumping means you can climb the tallest towers and sour the highest walls in Mordor without breaking a sweat. These can provide unique viewpoints to observe the area and plan your next attack.

It’s not just high-intensity, gory gameplay that is rewarded in Shadow of War though – stealth has a huge part to play too. You can sneak around in the shadows or in bushes, taking enemies down with your bow and arrow or stealthily killing/dominating orcs while those around are completely unaware. It’s entirely possible to sneak your way through most places in Mordor, you’ve just got to make sure you time it right. Observation is key, something that has gone out of fashion in modern games. 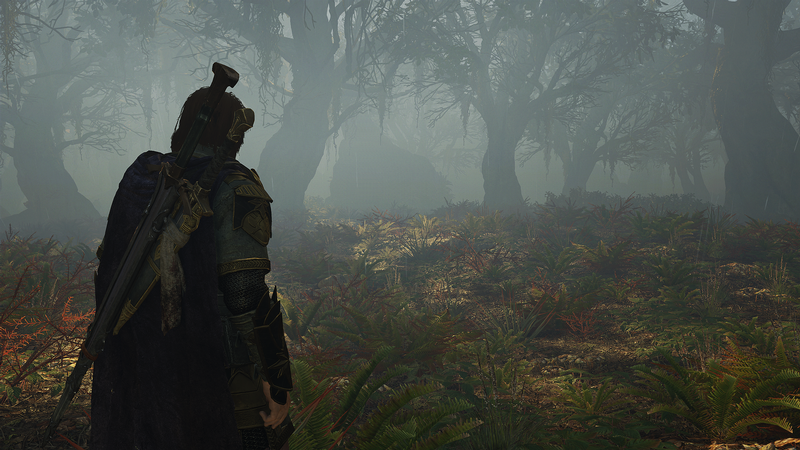 There’s a sense of freedom with combat: you can approach it however you want, whether it be button-bashing in the middle of a crowd of orcs, or slowly taking them out one-by-one from the shadows. It’s completely down to you, and we love it.

It’s a good thing that the Nemesis System and fortresses provide such engaging gameplay the main storylines (all five of them) are underwhelming in one way or another. While the Gondor storyline does a good job at setting the scene and features an interesting plot-twist, it starts to go down-hill from there.

It becomes a bit repetitive after a while as you’re tasked with similar missions (rescuing tied up guards, sneaking around camps, etc) for a chunk of the campaign and it just doesn’t provide as much of a challenge as taking over a fortress.

You’ll come across some of Middle-earth’s most infamous evils in huge battles, but the combat system is more suited to cutting through crowds of orcs rather than boss-battle encounters. This means you’ll spend the majority of boss battles simply diving, dodging, countering and swiping at your enemy. It does provide a challenge, but not in a good way, and it’s nowhere near as satisfying as charging at a fortress with an army of orcs roaring in the name of the Bright Lord.

There are microtransactions available too, but you’ve got no need to be concerned as they aren’t really needed to enjoy the game. They can make the game easier by providing buffs, weapons and new orc followers but these can be ignored with no real consequence. The standard boxes can be purchased with in-game currency while more premium boxes cost real-world cash. It’s not advised though, as everything you can get from crates is available in-game – you’ve just got to defeat enough Captains and Warchiefs to find them.