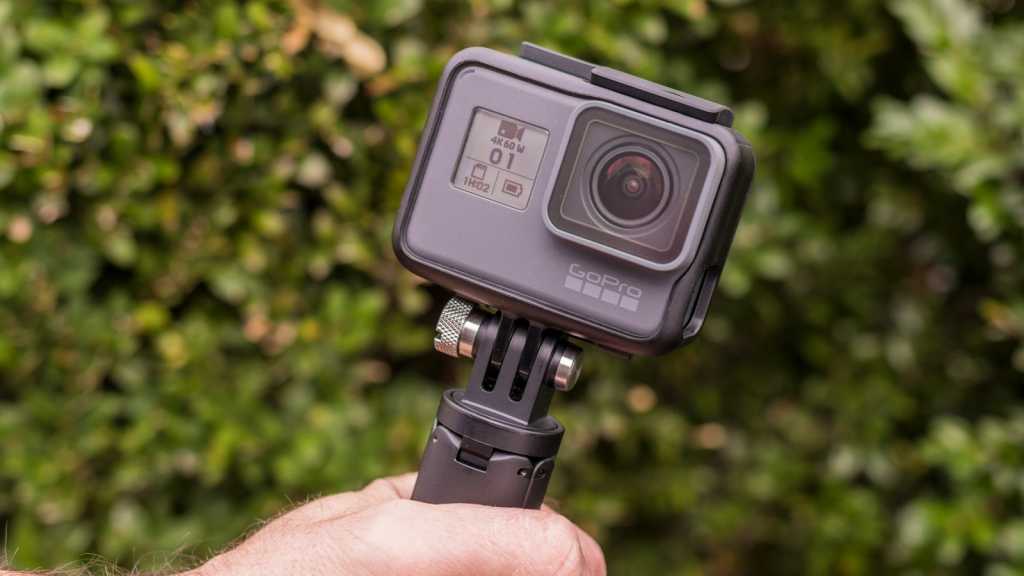 For £500 you’d expect an exceptional action camera, and the GoPro Hero 6 Black is exactly that. It delivers surprisingly stable, smooth footage with better colours and contrast than the Hero 5. Photos show a marked improvement, too. It’s also a bit better in the dark and has new high-frame-rate modes that allow you to make even better slo-mo footage.

Last year GoPro unveiled the Hero 5 range which brought huge design changes – such as a waterproof body – and image quality upgrades in the form of video stabilisation.

Now, although it looks exactly the same, the Hero 6 Black betters its predecessor in just about every way and manages to take image quality and ramp it up a good few notches. All of which helps to justify the frankly very high price.

Note: the Hero 6 Black is now discontinued. You might find stock at some retailers but check out our Hero 7 Black review.

Unlike all the GoPro clones, you get very little with a GoPro camera. It comes with an open frame case (there’s no need for a waterproof housing unless you’re going deeper than 10m), a mounting buckle, plus curved and flat adhesive mounts.

Spare batteries (they’re identical to the Hero 5 Black’s) cost £24.99 each and last around 50 minutes when recording 4K60 continuously.

Let’s cover design first as this part is easy. The Hero 6 is – externally – identical to the Hero 5. This is a good thing because it means it will fit into all Hero 5 mounts, including the Karma Grip and Karma Drone (which comes with a Hero 5 frame as standard).

The only way to identify a Hero 6 Black from its predecessor is the faint HERO 6 lettering on the side of the camera. 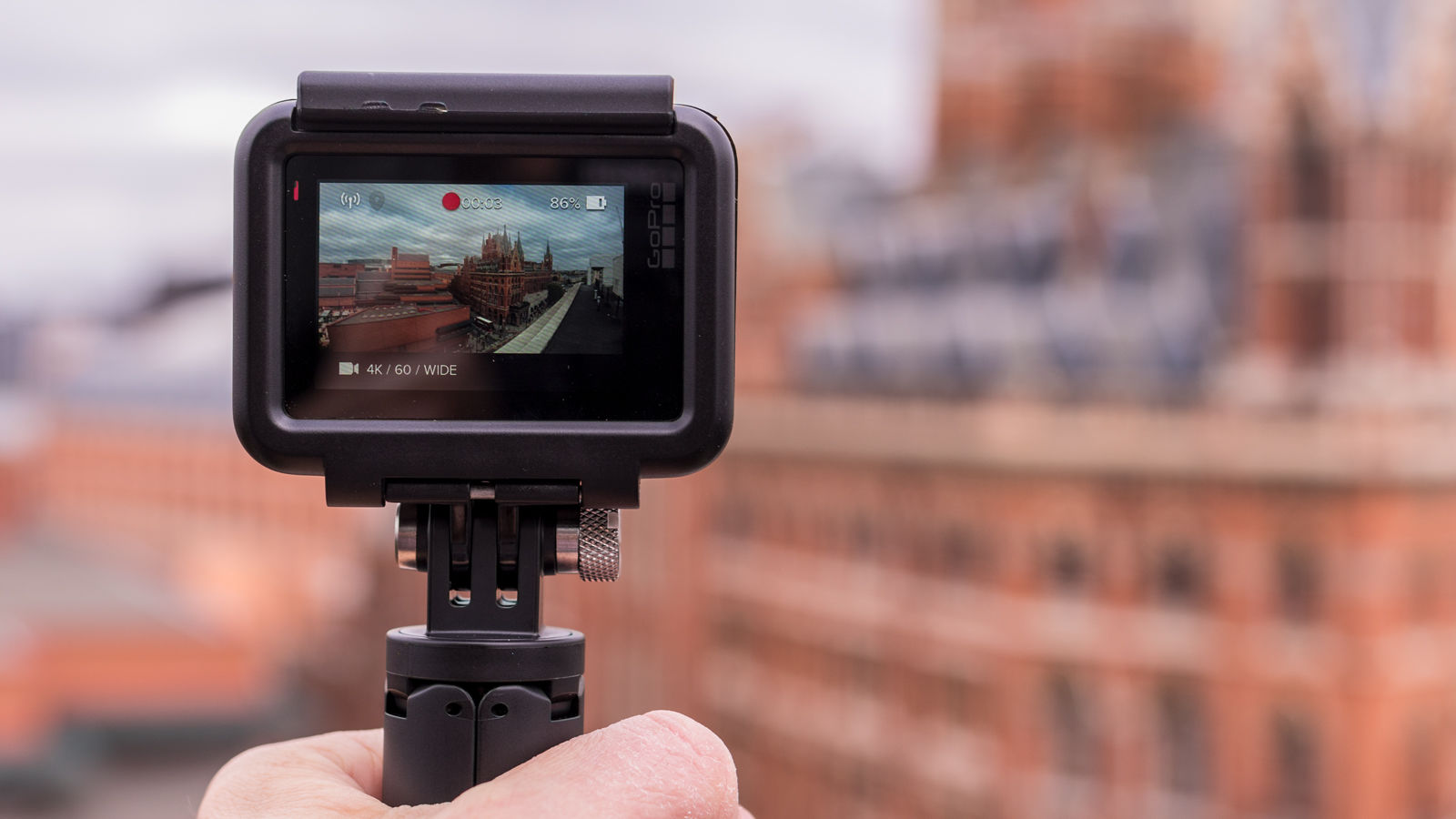 Inside, however, quite a bit has changed. The headline news is that GoPro has made its own custom processor instead of using off-the-shelf Ambarella processors. GoPro’s GP1 chip isn’t a cost-saving measure, though.

Instead, it offers more power for things like better electronic stabilisation and higher frame rates. For example, it will record 4K at 60fps (twice the speed of the Hero 5) and it can even do 120fps at 2.7K. Unfortunately it doesn’t combine both: you can’t use the stabilisation at 4K60, but it does – thankfully – work at 4K30.

Like the latest iPhone X, it can record 1080p at 240fps, which is ideal for slowing down fast sports and getting ultra-smooth slo-mo footage.

The Hero 6 also has better low-light performance than the Hero 5 Black and improved dynamic range, which means the picture looks more natural instead of having dark shadows or white skies with no detail.

Photography has also been improved. There’s a proper HDR mode which combines multiple photos – this is different from the pseudo-HDR mode in the Hero 5 Black which was called WDR.

And you can select up to 10-second long exposures for night shots – there’s even a night-lapse mode.

GoPro has added new voice commands, including one that allows you to turn on the camera when it’s off. This works up to 8 hours after turning it off thanks to low-power Bluetooth. 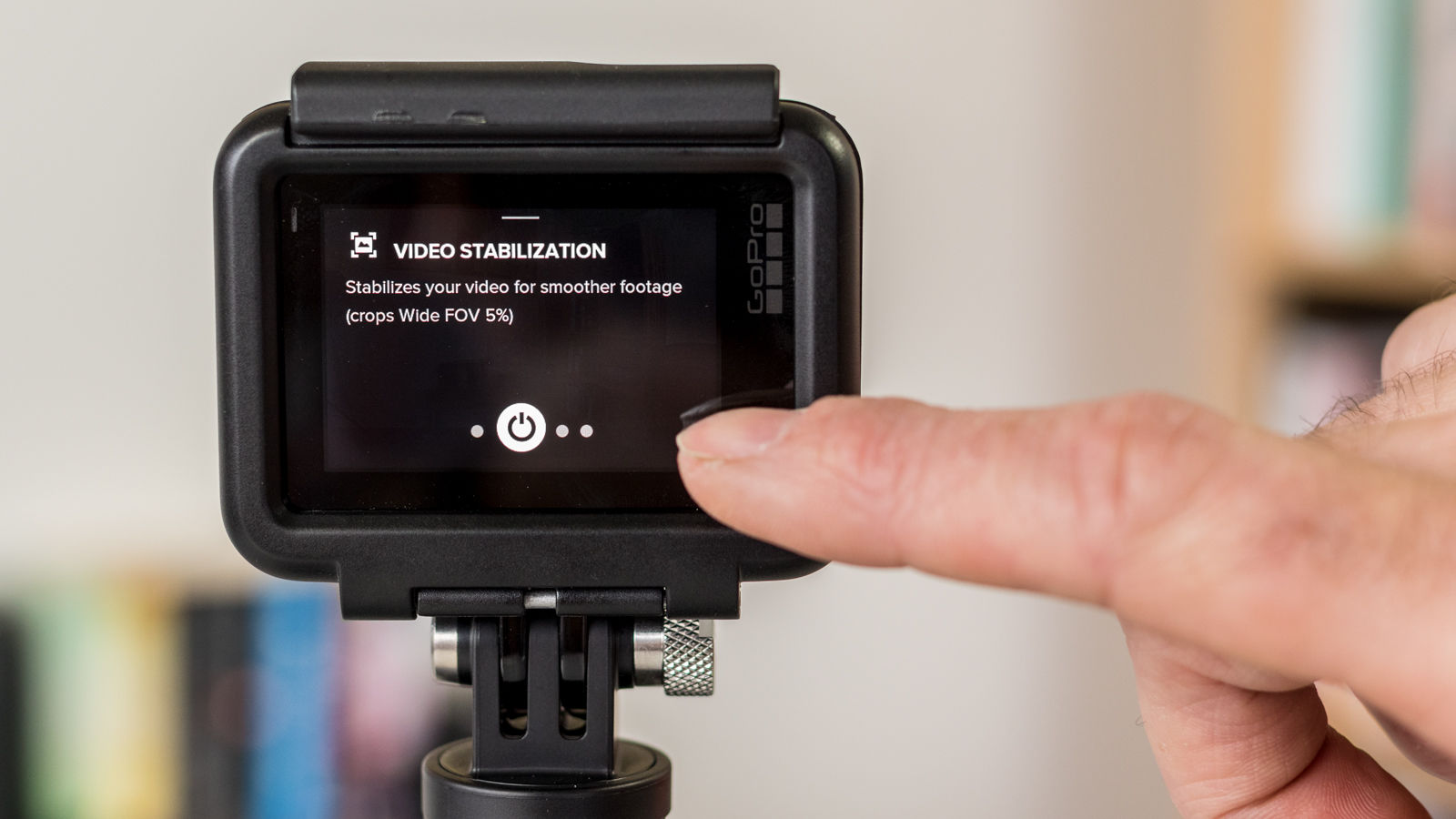 Image stabilisation is much better in the Hero 6 as it can now work in three axes rather than two in some modes. Importantly this means it can better smooth out the up / down motion when walking: the results are so good it almost negates the need for a gimbal such as the Karma Grip.

Wi-Fi has been upgraded so it can now work on 5GHz as well as 2.4GHz. This means it’s quicker to transfer footage to a suitably equipped phone – i.e. one that also supports 5GHz Wi-Fi. As before, there’s an integrated GPS receiver for tagging where photos and videos were taken.

However, this format is still relatively unsupported and it means you may not be able to view or edit the files if your hardware or software is older and not ready for H.265. You’ll also need a really powerful PC to edit 4K60 video in H.265.

It also means you can’t stream the footage via the GoPro app to your phone. Instead you have to transfer the complete files to your phone first. Even GoPro’s Quik app doesn’t support the files, so won’t include those lovely slo-mo clips in 1080p240 in its edits. 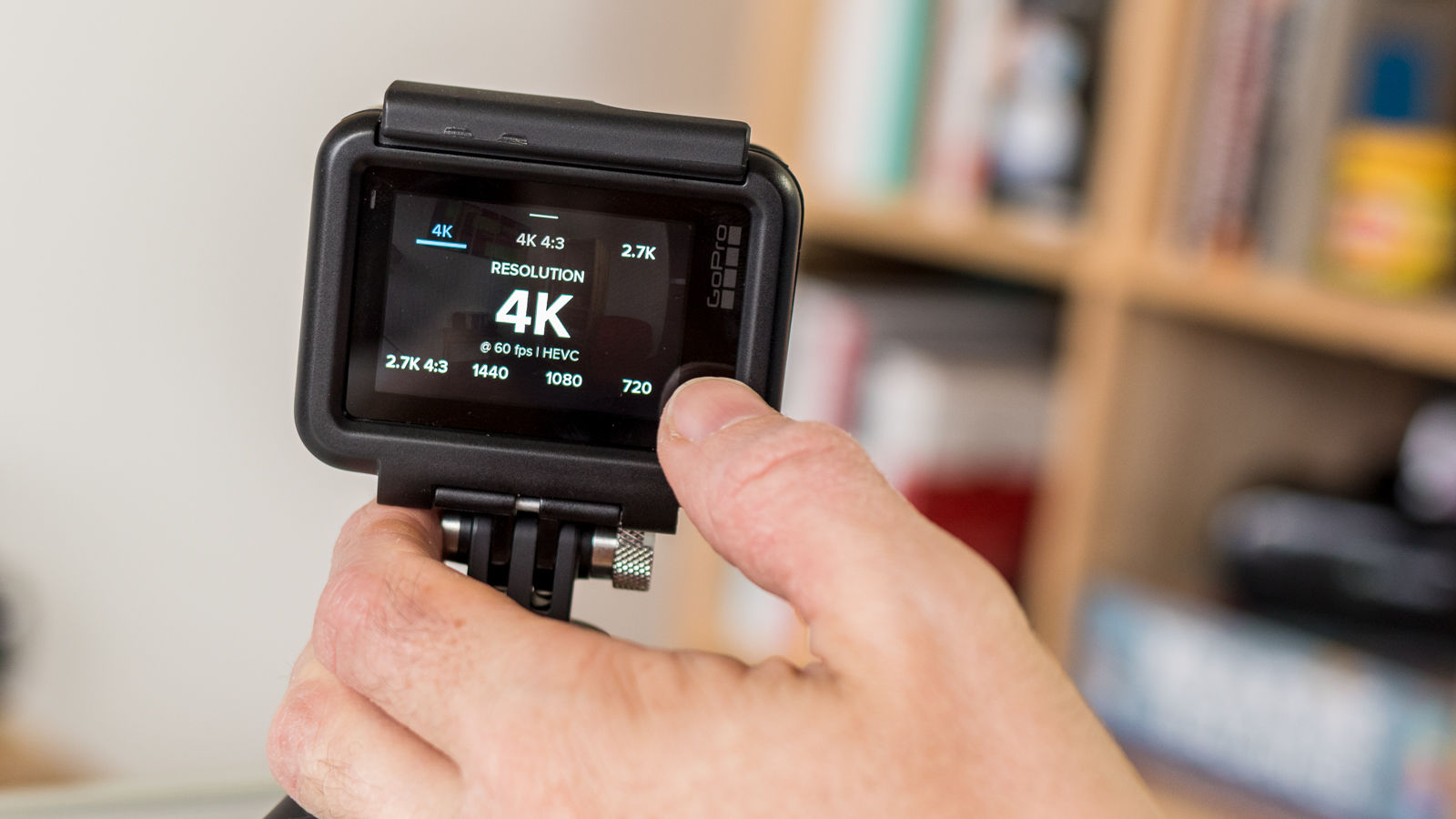 Put simply, the Hero 6 needs lots of light to do its best work. That’s the same for any camera, but you can really notice the difference in the quality of stabilisation during the day as opposed to at dusk or night.

When cycling, for example, footage is great when the surface is relatively flat and smooth, but bumps tend to result in brief fuzziness – this is particularly noticeable in dim light.

The good news is that the extra processing grunt allows the Hero 6 to respond quickly to changes in light and rapidly adjust the exposure to compensate when you emerge from the trees on a mountain bike trail, say.

An oft-overlooked facet is sound quality, but it’s notable here for being very, very good. It’s recorded in stereo but will automatically switch to mono and use one mic to cut wind noise, something it does very effectively.

Photos, shot at 12Mp, look sharp in good light but this deteriorates as light levels fall. Slo-mo in particular needs loads of light, so you’ll see the best results on sunny days.

Like the Hero 5, clips can be transferred via Wi-Fi to the GoPro app and auto-edited in the separate Quik app.

GoPro says that now the Hero 6 supports 5GHz Wi-Fi it’s three times quicker, but it still takes roughly twice as long to move a clip than it lasts in real-time. So if your clip is 5 minutes, it’ll take about 10 minutes. If you’ve got lots of clips, you’ll be in for a long wait before Quik works its magic and spits out the sizzling highlights of your trip. It might even use up all remaining battery power in the camera, too.

It’s also worth noting that the HEVC files have to be transcoded which means it takes an absolute age to transfer them even to a relatively powerful phone. GoPro recommends limiting clips to 20 seconds or so if you intend to use Quik.

The actual editing is reasonably good – better if you managed to use the Hero 6’s HiLight button – but still far from perfect. Whether or not you’ll prefer to edit clips manually, or even on a desktop PC, will depend on how much spare time you have and whether you care about perfect cuts.

Should I buy a GoPro Hero 6?

The short answer is yes… if you can afford it. It’s the best action camera we’ve seen and although it is expensive, you could argue that there’s no need to buy a gimbal, which in turn saves money.

It also means you’ll get smoother, better footage when there’s no real option to use a gimbal such as when you’re mountain biking or doing other sports where the camera has to be mounted on your body or to a bar.

The improvement in image quality is noticeable all round: photos are better, video is more stable, has better dynamic range. Essentially, footage is generally usable straight from the camera with no colour correction or editing.