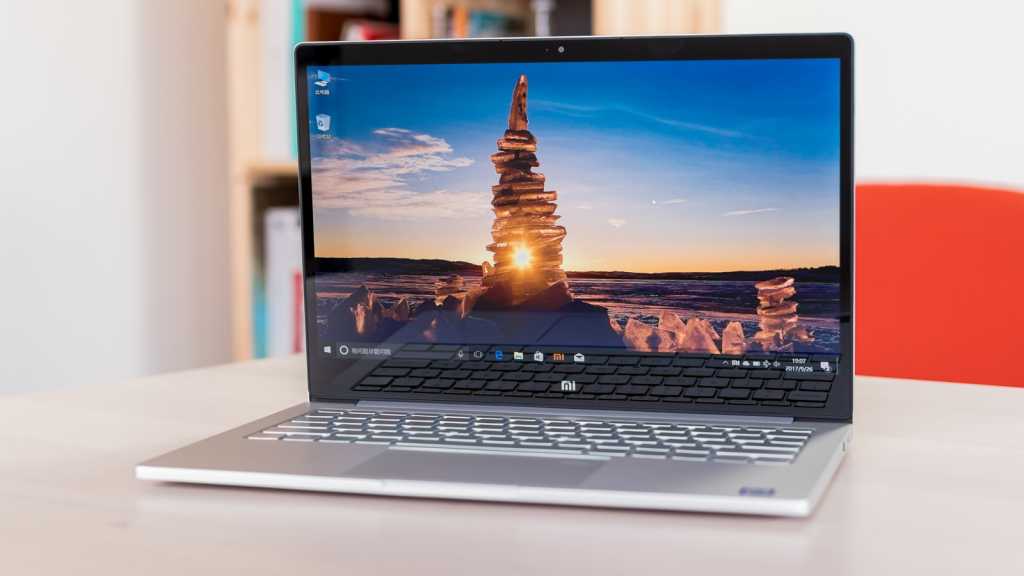 Once again, whether you should get the Mi Air 13 depends on whether you mind importing it and then changing Chinese Windows to English. If you don’t then this is something of a bargain with great design, hardware and performance. Otherwise, look at the HP Envy 13 which is very similar.

Xiaomi might be most famed for its smartphones but it’s upgraded its MacBook Air rival with Intel Kaby Lake, Nvidia MX150 GPU and a fingerprint scanner. See if it’s worth shipping over in our full review.

Xiaomi Mi Air 13 Kaby Lake: Price and where to buy

Although most Xiaomi products are very tempting, it is still the case that you can’t easily buy them in the UK.

Perhaps one day in the future, retailers will get on board but until then you’ll have to import devices. The good news is that Gearbest is on hand to sell you Chinese gadgets such as this one with minimal hassle.

GearBest has the Kaby Lake model of the Xiaomi Mi Air 13 for £901 and that including shipping costs to the UK.

Do bear in mind that you’ll need to pay a customs charge once it arrives though.

It’s a decent chunk of cash for a laptop but you get high-end design and spec here and the similar HP Envy 13 starts at £899.

There’s almost nothing different about the design of this new model compared to the first one we reviewed earlier in the year. Whether it looks like a MacBook or not is up to you.

It’s still a slab of silver aluminium that looks sleek and stylish. It’s still slightly disconcerting that there’s literally nothing on the lid, making it appear like a pre-production unit or something. However, a small ‘Mi’ logo sits below the screen so it’s not completely bare.

The only giveaway that this is a different model is a tiny oblong in the corner of the trackpad. This is a fingerprint scanner which, like most high-end smartphones, can be used to quickly log into Windows. We’ll talk about it more below.

There are more changes, but they don’t fall under design so check out the specs and performance section to find out more.

We like the build quality which is solid and durable. There’s not even a flimsy plastic underside so everything is aluminium or glass. The result is a premium feeling laptop that’s also reasonably both thin and light. At 14.7mm and 1.28kg it’s perfectly portable.

Having a large trackpad is a highlight which is smooth and responsive. The keyboard is suitable but we’ve used plenty that are better. While the keys are nice and quiet, the spongy feel won’t be to everyone’s taste and the backlight isn’t very good – in fact, you’ll want to switch it off in the daylight.

The IPS panel has good viewing angles and excellent colour reproduction but, like a lot of laptops, has a glossy screen so can reflect light disrupting your view.

The biggest upgrade is a jump in generation of Intel processor to Kaby Lake. This is the 7th-generation and you get a Core i5-7200U inside, a 2.5GHz dual-core chip that goes up to 3.1GHz with Turbo Boost.

There’s 8GB of RAM once again but you can upgrade it to 16GB if you feel the need. You can choose the Air 13 in either 128- or 256GB and, as mentioned earlier, the larger model is bizarrely cheaper at GearBest.

In performance benchmarks the Kaby Lake Mi Air 13 did nicely with a PCMark 8 score of 3226 and 6943 in Geekbench 4. Those are a nice improvement on the older model’s respective results of 2810 and 6077.

It’s not a huge jump in performance and you’re unlikely to notice any different if you’re going to be using the laptop for basic tasks such as web browsing and office documents.

Xiaomi also has a Mi Notebook Pro with a new 8th-gen Intel chip but this will be over the top for most users.

Like the HP Envy 13, the Mi Air 13 with Kaby Lake has an Nvidia GeForce MX150 discrete graphics card. This is a big upgrade compared to the 940MX used in the older model – we saw gains of up to double the framerate in GFXBench so you’ll be able to play some top games smoothly.

Ports are a bit limited again due to using the same chassis as before, so you only get USB-C, two USB 3.0 ports, HDMI and a headphone jack. The lack of an SD card reader will be annoying for some, potentially a deal-breaker for others.

Once again, the USB ports are a little too snug and your flash drive or cable might get a bit stuck.

Other specs include Bluetooth 4.1, 11ac Wi-Fi and a webcam but the main new feature is that fingerprint scanner. It works in the same was as phones so once you turn the laptop on, simply rest your finger on the slightly sunken area on the trackpad and you’ll be signed into Windows.

Moving onto battery life and the Air 13 with Kaby Lake still has a 5400mAh battery inside.

The previous model only lasted seven hours in our usual battery test – looping a 720p video at 120cd/m2 (around 35 percent here) – but the Kaby Lake version managed a result of nine hours and 12 minutes so a good improvement.

That’s not far off Xiaomi’s claim of nine and a half hours, however, the HP Envy 13 lastest 12 hours and 20 minutes.

A nice feature here is that you’ll charge the laptop via the USB-C port and we found you can get up to around 50 percent in 30 minutes.

A big issue with buying this laptop is that it comes pre-loaded with Windows 10 in Chinese. Unless you’re fluent this is a problem and although you can tweak the language settings to show some things in English, this isn’t enough.

Luckily there’s a way of changing it so you need to go through the setup process (we managed to muddle through) and log into your Microsoft account.

Now you can reinstall Windows 10 Home in English from a USB stick (select the ‘I don’t have a product key’ option) and once you’re done, you won’t be asked for a new license.

Although we managed it, the process is fairly complicated and should only be done by someone comfortable with what’s involved.