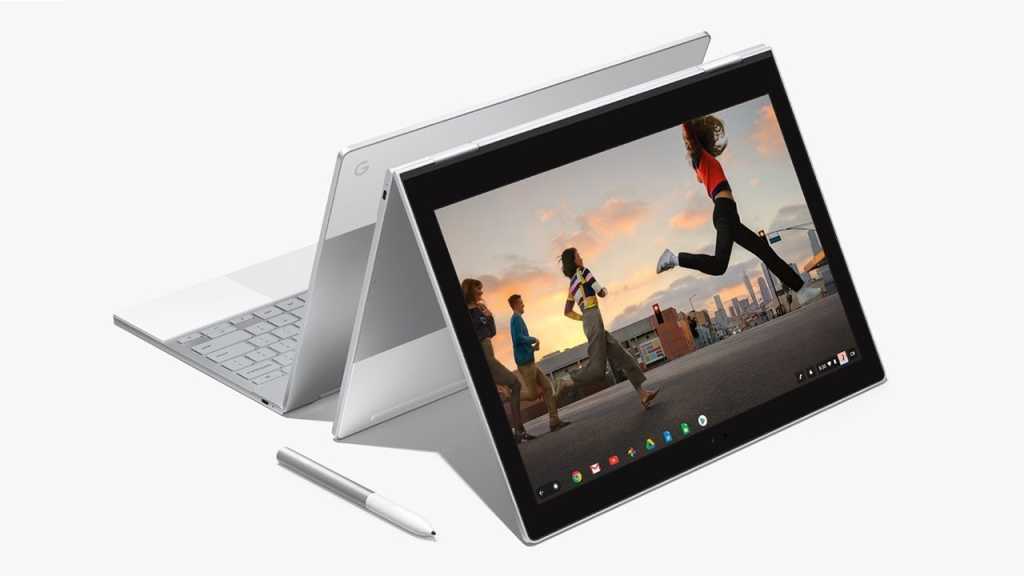 There’s no hiding from the fact that the Pixelbook limits you on the software you can run compared to Windows 10. But if entertainment is more of a priority then the svelte Pixelbook could tempt you. There are cheaper options, but if you want an top-notch device then one of Microsoft’s Surfaces is a better bet for those that need to get serious work done.

So you want a sleek, lightweight laptop and money is no object? You have plenty of choice, but among the thinnest and lightest ultraportables are the Google Pixelbook and Microsoft Surface Laptop.

Microsoft also has other devices in its Surface range including the Surface Pro and Surface Book.

Here we’ll explain how these gadgets differ and which is the best choice for you.

Google calls the Pixelbook a 4-in-1 device, but in reality it’s pretty much the same as every other 2-in-1 out there. You can use it as a traditional laptop, or you can fold the keyboard underneath the screen and use it like a tablet.

The key thing to note is that the screen does not detach from the keyboard.

Microsoft doesn’t have a product that’s exactly like this: the Surface Laptop is a traditional laptop, albeit with a touchscreen. Its hinge is traditional, too, so you can tilt it back to get a comfortable viewing angle, but it certainly doesn’t go 360° like the Pixelbook’s.

The Pixelbook has a 12.3in screen with a 3:2 aspect ratio and the Surface Laptop shares this shape, but at 13.5in. Considering the larger screen, it’s amazing that the Surface weighs only 150g more than the 1.1kg Pixelbook.

The biggest difference is arguably the operating system: the Pixelbook runs Google’s ChromeOS and the Surface – obviously – runs Windows 10. Actually, it runs Windows 10 S which limits you to installing apps only from the Windows Store.

With the Pixelbook you can install Chrome apps and Android apps.

Both ecosystems are more limited than full-blown Windows 10, but at least on the Surface Laptop you can switch from ‘S’ to Windows 10 if you want to, and that change is free up until March 2018.

Ultimately, the Surface Book is better for productivity and the Pixelbook is a better choice if entertainment is your priority.

It’s also worth noting that there’s an optional stylus for the Pixelbook which works a lot like Apple and Microsoft’s versions. It’s handy for quickly scribbling notes or sketches, and has other uses too. You can read more about it in our hands-on review of the Pixelbook.

The Surface Book supports the Surface Pen, but we wouldn’t recommend spending the money as the laptop form factor means it’s uncomfortable to use.

Price-wise, both start at £999 but you can spend extra if you want more processing power, RAM and storage.

You can buy a Pixelbook from Google.

The Surface Pro is a tablet, despite Microsoft calling it a laptop. The keyboard is optional and costs £149. You don’t get a £99 Surface Pen in the box, either, so although the price of the entry-level model costs £799, the real cost including a keyboard and stylus is pretty much the same as a Pixelbook + Pixelbook Pen.

Of course, the Surface Pro runs the full version of Windows 10 – the Pro version, in fact – and can be used just like a laptop. There’s a standard USB port for connecting peripherals such as an external mouse or a USB flash drive, and a Mini DisplayPort connector for attaching an external monitor.

That entry-level model is unlikely to be powerful enough for demanding apps, though, so you’ll probably find you need to go for one of the Core i5 models which cost £979 (4GB RAM, 128GB storage) and £1249 (8GB RAM, 256GB storage).

Screen-wise, the Surface Pro has the same 12.3in 3:2 display with a slightly higher resolution than the Pixelbook.

How does the Pixelbook compare? Well, it’s not going to run much business software, especially niche applications. The combination of Chrome apps and Android apps means there’s a fairly decent selection of big-name stuff, but some of that (such as Adobe Lightroom) isn’t the same as the Windows equivalent and may be missing certain features.

The Surface Book is the most expensive Surface device. It looks and works like a traditional laptop, but the 13.5in screen detaches from the keyboard so you’re left with a tablet.

The design and hinge mechanism is brilliant – it’s one of the best laptop / tablet hybrids we’ve seen, but it comes at a price. Even the cheapest Surface Book costs £1449 and it’s an extra £400 for the version with more storage and an Nvidia graphics chip in the keyboard.

Currently the Surface Book is discounted so the cheaper model is £1199, but this is likely because the specs are getting a little dated: it still uses the sixth-gen Intel Core i5.

Like the Surface Pro it runs Windows 10 Pro so it’s better suited to demanding business use than the Pixelbook. It’ll run any Windows app you need and it has all the extra stuff that’s necessary for connecting to a workplace network.

If there’s a disadvantage other than the higher price, it’s that the Surface Book is heavier than the Pixelbook: over 1.5kg versus the Pixelbook’s 1.1kg. That may not sound much, but it will make a difference if you have to hold it in your hands for any length of time.

So what should I buy?

It really depends upon your needs. If you think that the available Chrome apps and Android apps will let you do what you need (or want) to, then the Pixelbook’s operating system may not be the deciding factor.

For many, though, a full version of Windows means the Surface devices are the obvious choice.

It’s worth considering other options, though. Lenovo’s Miix 510 is basically a Surface Pro 4 for half the price, while the company’s Yoga range offers a similar 360° hinge to the Pixelbook.

Don’t overlook the iPad Pro either. The 12.9in model starts at £769 and a keyboard will set you back a further £169. Apple’s stylus is £99 so all in all it’s around the same price as a Pixelbook.

With iOS 11 it’s better at multitasking than before, but it still doesn’t have the kind of desktop freedom you have with ChromeOS. Overall though, you may prefer the iPad for its entertainment credentials: it has a great screen and speakers and the vast array of apps available in the App Store.