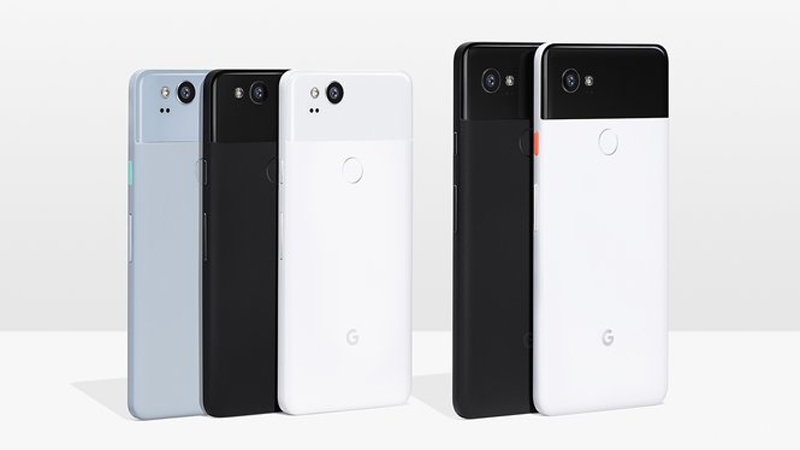 It all boils down to the screen and your budget here. Pixel 2 XL is £170 more expensive than the Pixel 2, and all you really get in return for your money is a bigger and better screen. It looks amazing, but do you really need it – and can you afford it? If you can live without the FullVision display, the Pixel 2 is not only cheaper but more compact than the 2 XL. If you’re looking for a smaller phone then this is the one to go for, but if you demand the very best in tech your only option is the Pixel 2 XL.

Google made a point of saying it wouldn’t reserve extra features for the more expensive model in its line-up during its recent Pixel 2 and Pixel 2 XL launch event. It was taking a swipe at Apple, which reserves its dual-camera for the iPhone 8 Plus while the iPhone 8 still has a single-lens camera, but actually it’s not entirely true: there are some differences between Pixel 2 and Pixel 2 XL.

Let’s outline what are the differences to help you make a decision on which Google phone to buy. For more in-depth reading see our Pixel 2 review and Pixel 2 XL review.

What’s the difference between Pixel 2 and Pixel 2 XL?

Most obviously, there is a huge difference in price between the Pixel 2 and the Pixel 2 XL.

If you’re buying it on an EE contract (EE is the exclusive network partner at launch) the Pixel 2 is £9.99 on a £47.99/month 4GEE Max plan, which offers unlimited minutes and texts, and 8GB data. The same plan costs £57.99 per month for the Google Pixel 2 XL.

As of 15 November, the Pixel 2 XL is available to buy now via  Google or  EE.

Both phones come in Just Black, but while the Pixel 2 XL is also available in Black & White, the Pixel 2 comes in plain white (Clearly White) and Kinda Blue.

This is the big one. Google talked of a gorgeous high-res FullVision display. It is gorgeous, and it is high-resolution, but the 18:9 pOLED display is only on the Pixel 2 XL.

Google’s new Pixel 2 XL has a 6in plastic OLED screen with a Quad-HD+ resolution of 2880×1440 pixels. It has an aspect ratio of 18:9, just like that seen on recent Samsung and LG flagships.

The Pixel 2 still has a great screen, but it’s a smaller AMOLED panel that measures 5in on the diagonal and has a full-HD resolution of 1920×1080 pixels. This has a very sharp pixel density of 441ppi, but it’s not the 538ppi of the Pixel 2 XL.

The Pixel 2 has an aspect ratio of 16:9, which is the standard for Android phones. The result is a phone that looks good, but does not have the same futuristic appeal of the larger Pixel 2 XL.

If the screen is bigger on the Pixel 2 XL, it follows that the body is going to be larger too. This is certainly the case, although the minimal screen bezels means perhaps not as much as you might expect.

So why the extra weight? Obviously some of this is due to the larger body and screen, but Google also packs in a higher-capacity battery.

Despite this, Google suggests the pair have similar battery life. That’s because the screen is the primary power drain in a flagship smartphone, and it’s bigger on the Pixel 2 XL.

They each support fast-charging, meaning you’ll be able to get around 7 hours of usage from a 15-minute charge.