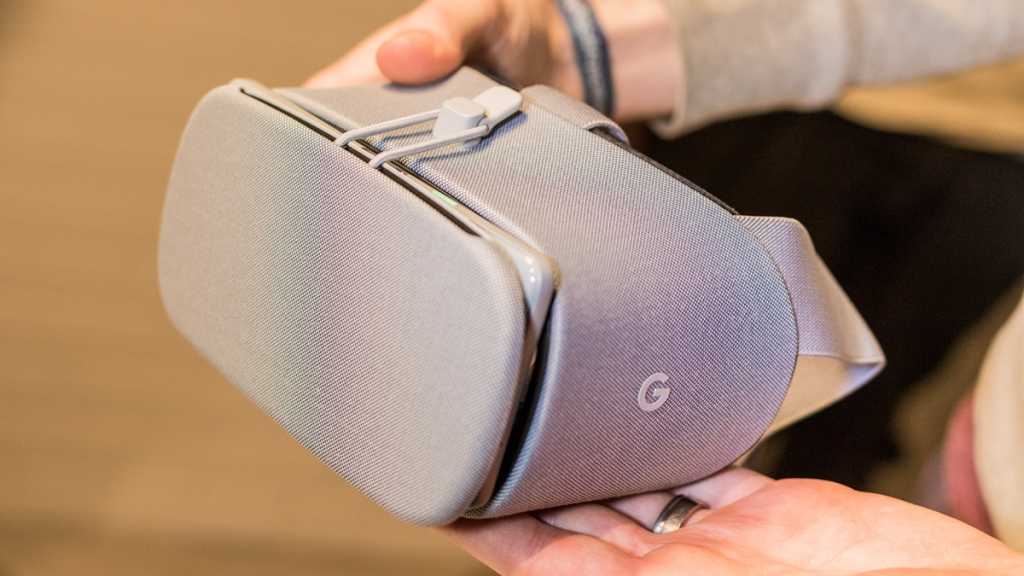 We like the new Daydream View VR headset, but while it’s nice to see Google making improvements on the original we’re not convinced that the £30 price bump is warranted for slightly better lenses and an additional strap.

Using your smartphone to power a VR headset is much cheaper than getting something like the HTC Vive and now Google has a new model to tempt you with. Here’s our Google Daydream View 2017 hands-on review.

As with almost all new tech products, the Daydream View for this year is more expensive than its predecessor.

While the original was a bit of a bargain at £69, the 2017 Daydream View is £99 and you can pre-order from the  Google Store ahead of its 17 October release date. Buy this year and you’ll get £35 worth of games for free.

The big question is why Google has bumped the price by almost 50 percent.

There’s little to justify the price hike when it comes to design. The new Daydream View headset it almost identical to the original – read our review of the first Daydream View.

You’d be forgiven for not being able to tell the difference in some sort of police line-up. There’s still a flap at the front where the phone goes that’s held in place with an elastic loop.

The overall shape is the same, understandably, so the main change is a new fabric which is similar to one used on the Google Home Mini. It’s a bit more coarse so might be more durable but we think we actually prefer the original.

Google says it’s more comfortable this time and that’s largely due to an additional strap that goes over the top of your head. This was our biggest complain about the design of the original. There’s also a loop on the strap to store the controller.

The Daydream View 2017 is available in three colours: Fog, Charcoal and Coral. The Fog option is shown in the photos.

With the same motion controller, which works pretty well, the main technical upgrade to the new Daydream View headset is the lenses.

These are now ‘high-performance’, although Google doesn’t state how exactly, which results in better image clarity and a wider field of view. How much better or wider are two more things Google won’t say.

We found the headset comfortable and performance relatively smooth during some hands-on time. However, we didn’t feel like there was a hugely noticeable difference from the original – perhaps we will if we test them side-by-side but that wasn’t an option and the launch event.

Much of the performance is down to the phone you put in the headset and it’ll have to be Daydream compatible. The new Google Pixel 2 phones are, of course, and some other examples include the Samsung Galaxy S8, Asus ZenFone AR and Motorola Moto Z2. See a full list here.

There are some new Daydream View software features such as casting what you’re seeing inside the headset to a TV so others can see what you’re doing in VR land. You can also exclusively get IMAX movies on the Pixel 2 phones.

The overall issue here is that any new software features here will still work with the older Daydream View headset.