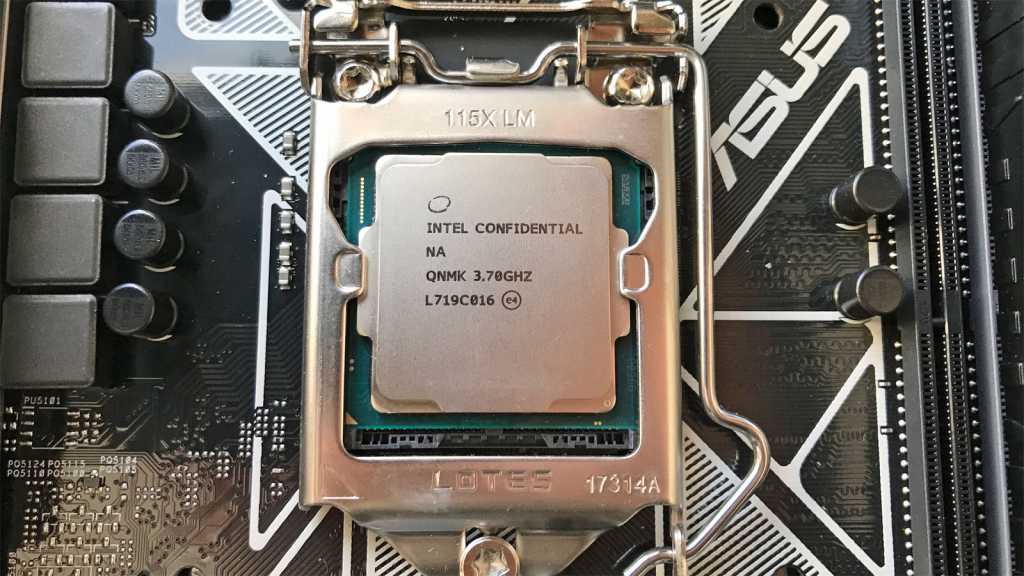 The i7-8700K may lack a couple of cores compared to the Ryzen 7 1800X, but it’s certainly no slowcoach if your main priority is gaming. In fact, since it’s cheaper than the Ryzen it’s actually a better choice for most people as long as you don’t already have a compatible motherboard since you’ll need a new one for the 8700K.

It seems as if Intel’s seventh-generation processors have only been around a few months but now Kaby Lake has been superseded by Coffee Lake and now we’re reviewing the flagship: the Core i7-8700K.

It’s the first Core i7 to have six cores, so even though it’s the fourth generation to use the 14nm manufacturing process, it’s not a chip to immediately write off.

There is one snag if you were hoping to upgrade, though: Coffee Lake requires a new motherboard and chipset. Although it has the same number of pins and uses the LGA 1151 socket, the actual pin configuration is very different.

The 8700K therefore sits right in the middle – not just for price but also in terms of cores and threads. The Ryzen has 8 and 16 respectively, and the i7-7700K half these numbers with 4 and 8.

But you can’t buy any processor simply because it has a certain number of cores. There are plenty of other factors, not least of which is clock speed.

Intel has been steadily optimising the 14nm process for years but it’s still a surprise that it has managed to extract more performance after Kaby Lake. 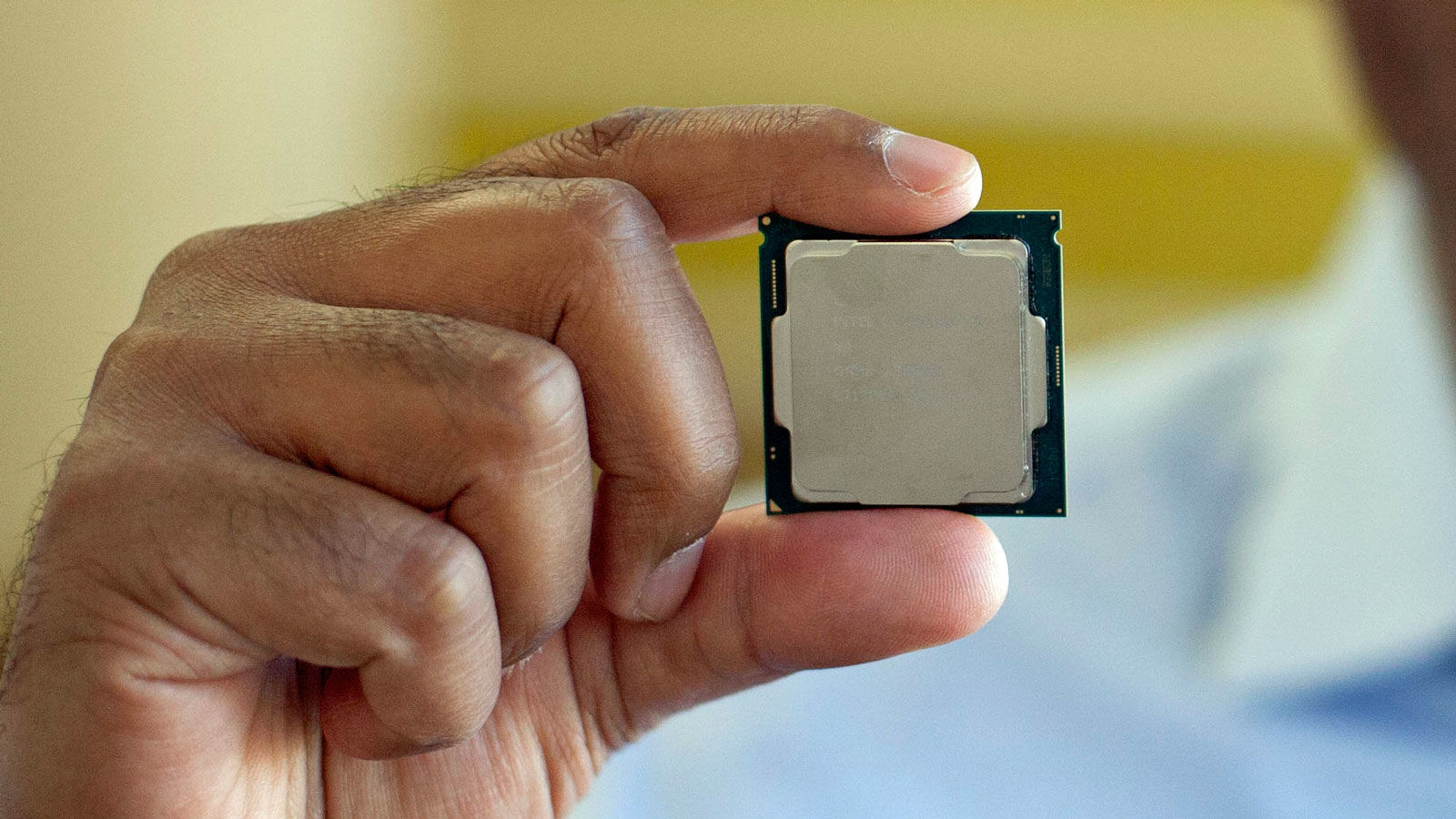 As an overall figure, Intel says Coffee Lake is 15 percent faster than Kaby Lake, which itself is 15 percent quicker than Skylake. But the real improvement, according to Intel, is in gaming.

Looking at the specs, it’s clear that the extra two cores and four threads are what gives the i7-8700K the biggest speed boost, but don’t overlook those clock speeds. The base clock is already decent at 3.7GHz (that’s the Ryzen 7 1800X’s boost speed), but it will boost to 4.7GHz on one core.

The K suffix – as all Intel fans will know – means this chip is unlocked so you can push these speeds up if you have a suitable motherboard and cooler.

Without overclocking, the chip supports dual-channel DDR4-2666 memory, but this can be overclocked up to 4400MHz. The Asus Prime Z370-A motherboard we used for testing (£159.99 from Overclockers UK) supports RAM up to 4000MHz, however.

There’s support for 40 PCIe lanes, but only 16 are wired directly to the CPU. The others have to share a DMI 3.0 connection to the processor, which means performance could be limited if you go for a motherboard with multiple M.2 slots for NVMe drives.

While you might consider it unfair to list the built-in GPU last – almost as a side note – virtually everyone who chooses an 8700K will pair it with a separate graphics card and most likely something high end. The Intel UHD 630 Graphics is essentially identical to the GPU found in Kaby Lake processors.

Although it can handle some games without dipping below 30fps, you’ll most likely be running at 720p or with the quality settings turned down. It’s fine if you’ve got a Core i3 – or possibly even i5 – but it doesn’t really cut it in a high-end chip like this.

Like the 7th-gen processors, Coffee Lake supports Intel Optane Memory. This is M.2 NVMe storage with a choice of 16- or 32GB of very fast storage. 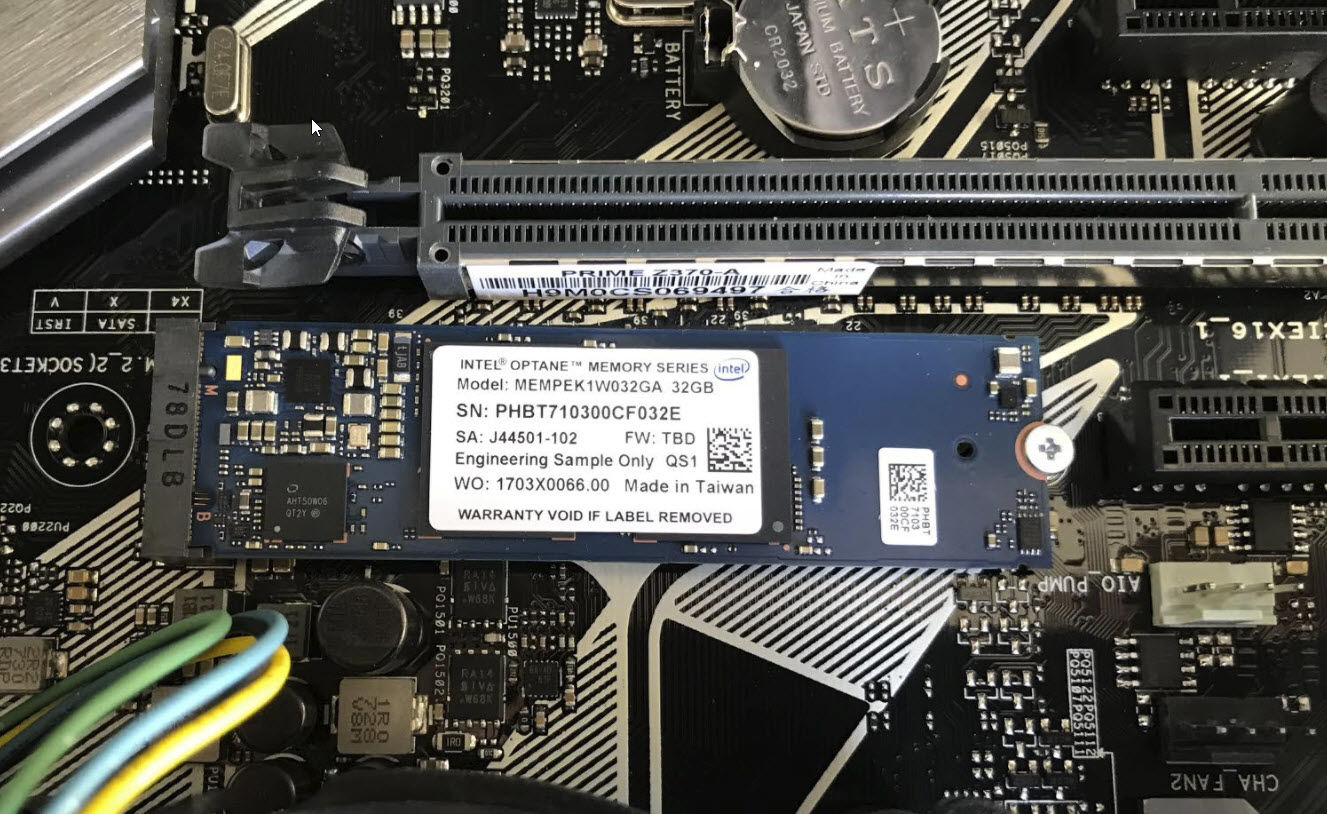 It’s essentially a cache for your older hard drive or SSD and is designed to speed up things like boot times, application launch times and make your PC generally more responsive. It’s a more affordable way to do this than buying an expensive high-capacity NVMe drive like the Samsung Evo 960 Pro.

However, at  £73.49 from Scan for the 32GB module, you could argue that it’s better to just put that cash towards a bigger capacity NVMe drive such as the 250GB Samsung 960 Evo. That costs £109.99 from Scan and you can read our review of the drive.

So how does the Core i7-8700K fare against its rivals? The short answer is that it’s very impressive indeed. 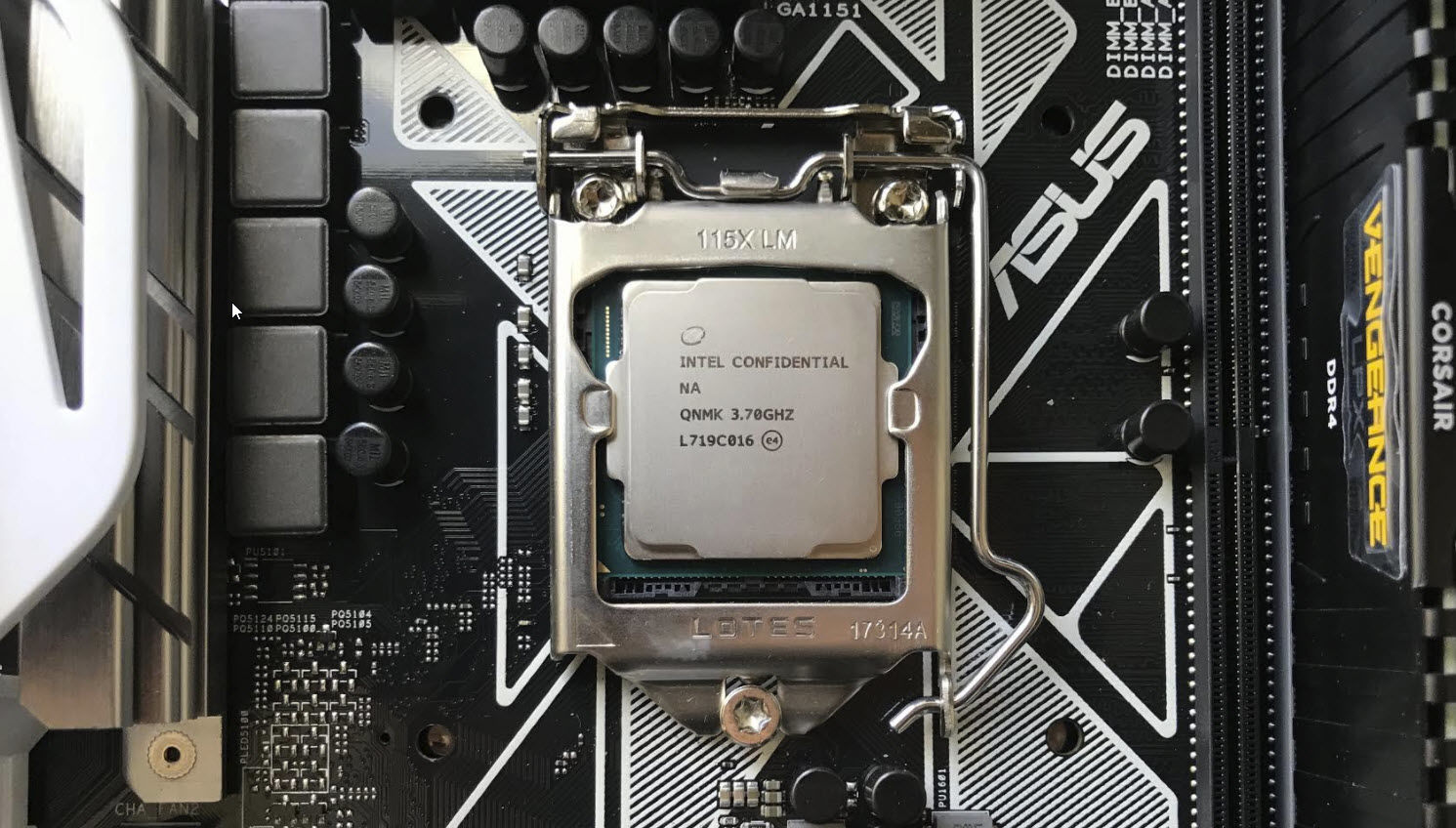 We installed a fresh copy of Windows 10 64-bit and the latest BIOS and drivers for everything available at the time of review.

Overall, the i7-8700K does lag behind processors with more cores in some tests (no surprise there), but when fewer cores are used, those high clock speeds make it shine brightly. And in other tests which do use all cores, it roundly beats its more expensive rivals.

That’s a bigger difference that you’ll likely see in most games: in Time Spy there was less than 4 percent between the two processors.

Really, it depends on what you already have. If you have PC that’s over three years old and you’re happy to upgrade your motherboard then the 8700K is a compelling choice.

If you were deliberating on whether to go with a Ryzen 7 or a seventh-gen Core i7, the answer would have been AMD. But Coffee Lake has brought Intel firmly back into the mix for enthusiast-level desktops.

The i7-8700K, despite being two cores and four threads down, manages to outpace the Ryzen 7 1800X thanks to faster clock speeds and superb gaming performance.

None of this would really matter if Intel hadn’t been competitive on price, but is most certainly is. The 8700K is sensibly priced and compatible Z370 motherboards aren’t ludicrously expensive either.