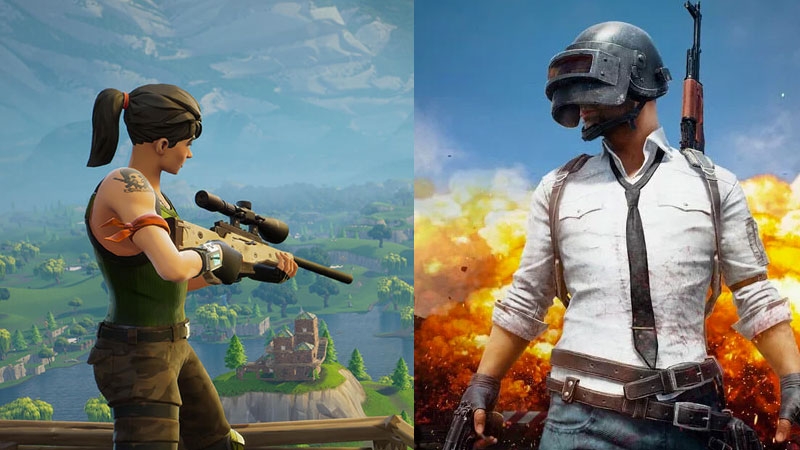 It’s a tough one; PlayerUnknown’s Battlegrounds offers more in-depth game mechanics, with the ability to customise not only the look of your character but also weapon modifications and more. There’s much more in the way of controlling your character too, with complex button mappings available if required. But Fortnite Battle Royale might be better for casual players, as there’s no need to understand all the different weapon parts and other items available in PUBG as it focuses more on weapon ranking. There’s also the ability to craft buildings, adding an entirely new dynamic to the Battle Royale-style game. Fornite is also free to play, while PUBG will set you back £26.99. If it’s a game you can see yourself playing constantly then we’d suggest buying PUBG, but if you’re new to the genre and unsure of whether it’s for you, we’d recommend starting off with Fortnite.

PlayerUnknown’s Battlegrounds – or PUBG – is one of the most popular PC games of 2017, pitting 100 players against each other to win the coveted chicken dinner. It has gone from strength to strength in recent months with a fast-growing fan base, so it was only a matter of time before another developer wanted to cash in on the interest.

Both PlayerUnknown’s Battlegrounds and Fortnite Battle Royale are available to play in the UK in early access. For those that haven’t played early access games in the past, the term describes a playable game that is still in development, suggesting that features are likely to change between now and the official launch.

Fortnite Battle Royale is available to download free of charge from Epic Games, while those interested in playing PlayerUnknown’s Battlegrounds will have to fork out £26.99 on Steam or the Microsoft Store for the pleasure. It’s also worth noting that Fortnite is available to play on PS4, Xbox One, PC, Nintendo Switch and iOS devices, while PUBG is only available on Xbox One, PC and mobile. 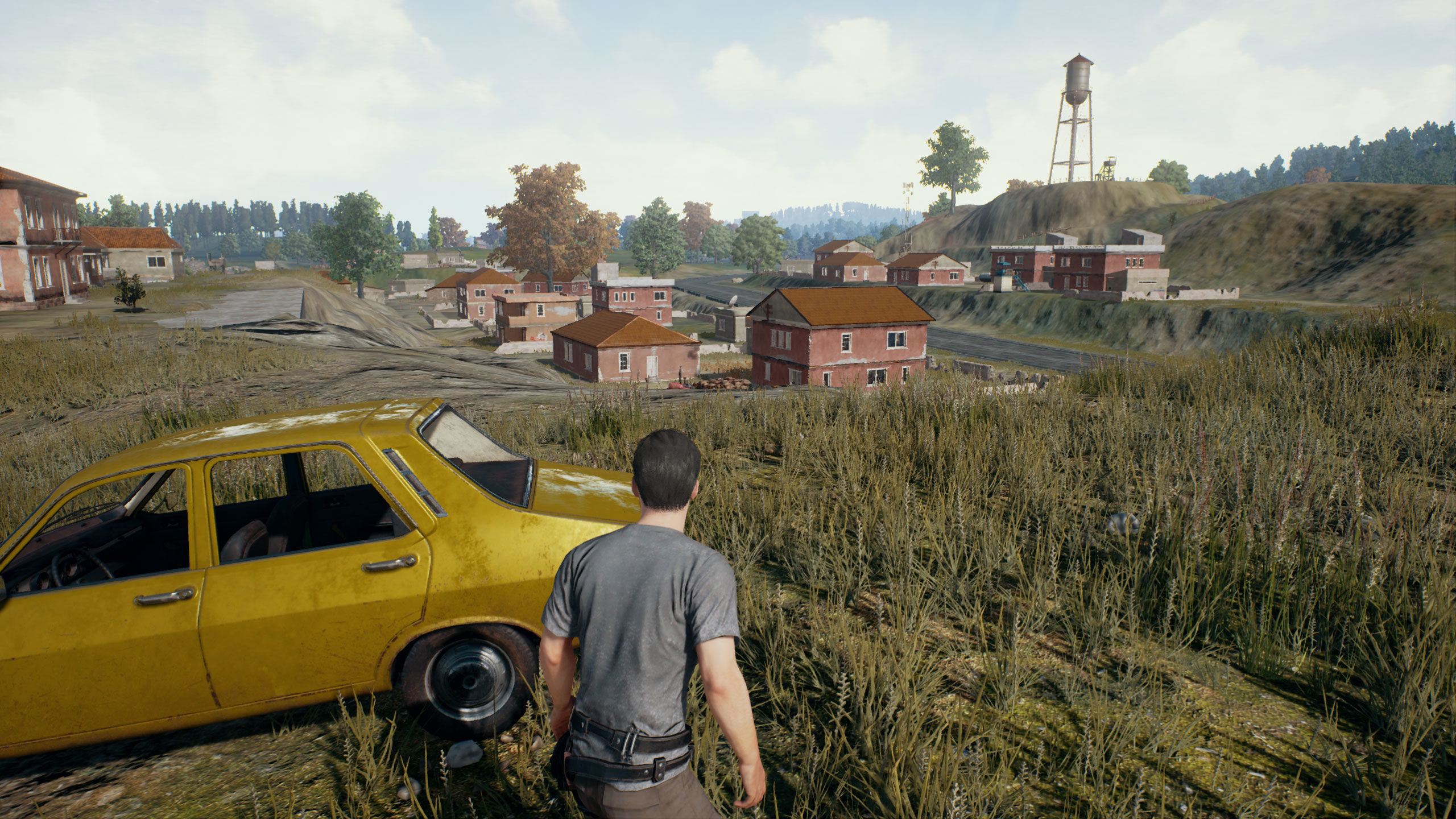 Before we go into more detail about the differences between PlayerUnknown’s Battlegrounds and Fortnite Battle Royale, let’s first explain the concept of both games.

The idea is simple: it’s a multiplayer game where 100 players are dropped onto an island with the aim of surviving. You scavenge to find weapons and other useful items, and go head-to-head with other online players until there’s only a single person left.

To avoid people ‘camping’ throughout the game, a circle is displayed on the map. Anybody outside that circle will slowly lose health until they die. It means that even if you find the perfect spot overlooking the area, chances are you’ll be forced to move on within minutes. It means that confrontation is certain, and keeps the gameplay interesting.

While PUBG was certainly not the first Battle Royale game to hit Steam, it has certainly garnered a lot of interest and was only a matter of time before other companies wanted to cash in on the popularity of Battle Royale-style games. So, what makes PUBG so popular? Well…

First up, PlayerUnknown’s Battlegrounds is built using Epic’s Unreal Engine 4, meaning that the graphics and textures are fairly life-like and add a realistic feel to the game. It’s not the only area that has been designed to provide a realistic feel: while scavenging for weapons, you can find a range of clothes that can help you blend into the environment and provide extra protection. 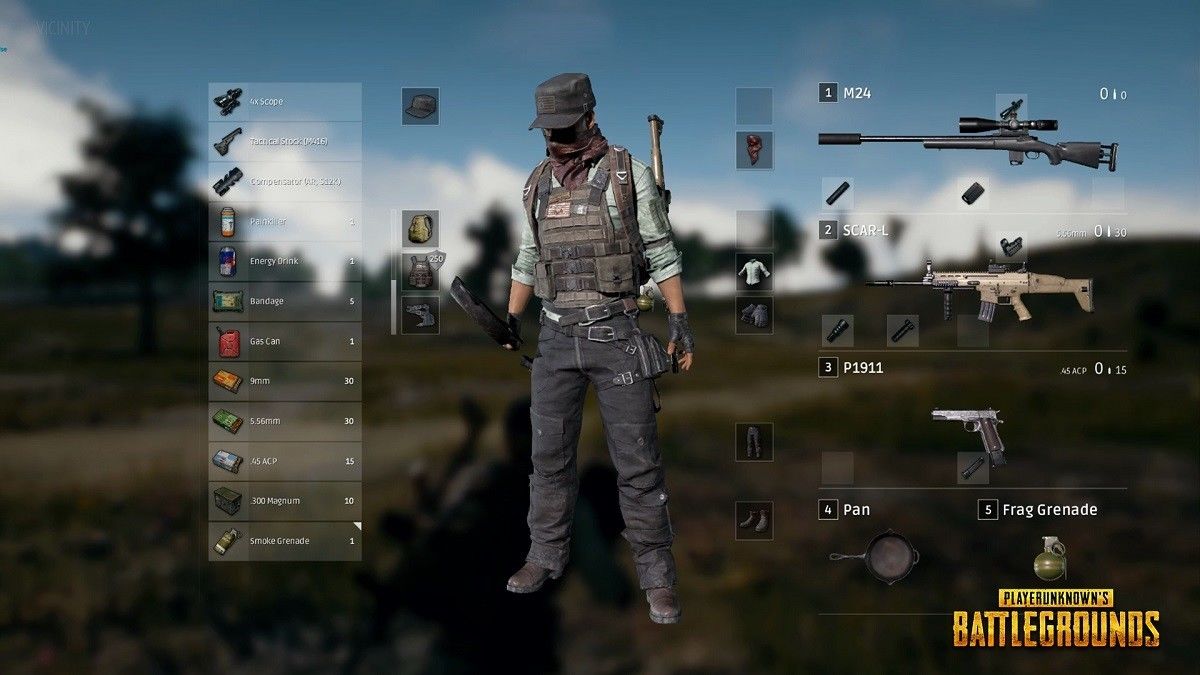 There’s also in-depth customisation options available in terms of weapon attachments. You can customise your weapons with extended clips, better sights and more, as long as you can find them in the abandoned buildings scattered across the island. If gunplay is your thing, then you’ll want to take a look the best first-person shooters of 2018.

You can use a bit of common sense here too: if there are military bases, they will have access to more advanced weapons than those found in random buildings and sheds (although you do sometimes come across powerful weapons randomly).

The realism extends to other areas of the game too; there are cars scattered across the map that you can drive, but you’ve got to keep an eye on the petrol gauge.

Upon winning/being killed in PUBG, you’ll be rewarded with coins. These coins can be used to buy crates that contain new cosmetic items that can be equipped on your custom character, and provides motivation to keep replaying the game – even if you get killed fairly early on in most instances. 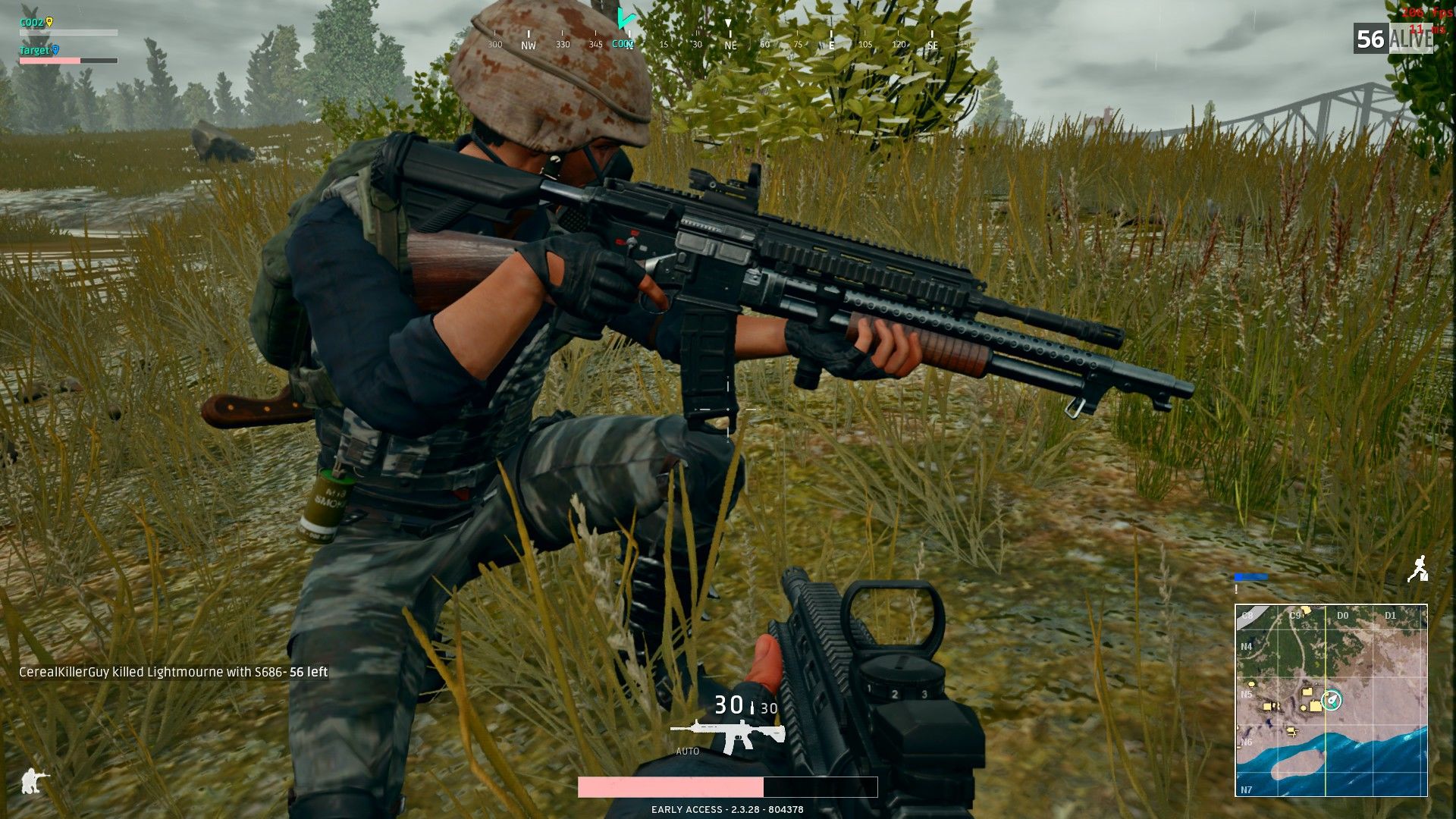 So, how does that compare to Epic’s Fortnite Battle Royale? While the games are very similar in some respects, the style and approach is different. PUBG takes a realistic approach, while Fornite Battle Royale offers a more casual approach to the survival game.

Take the mode of entry as an example: while you jump from a plane and parachute onto the island in PUBG, users are dropped in via a brightly coloured flying ‘Party Bus’ in Fortnite Battle Royale. The style of the game is very different too, as the island featured on Fortnite is brightly coloured and almost cartoon-y in design. 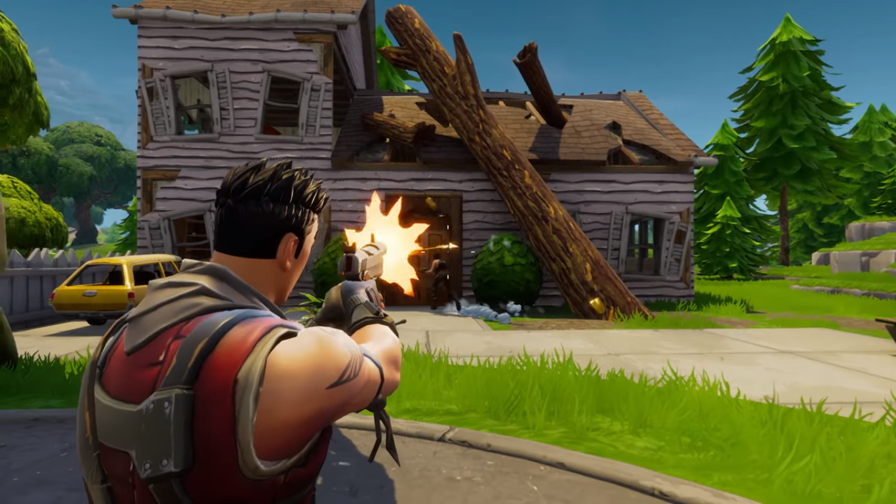 This style is apparent throughout the game – if PUBG feels serious, Fortnite feels whimsical. It’s a much simpler game too; there are no over-the-top customisation options for your character or weapons, allowing you to focus on finding better weapons (rated common, rare or epic for varying levels of damage) and equipment like shield boosters and bandages.

While at this stage you might be questioning why you’d play Fortnite Battle Royale over PUBG, there’s one feature offered by Fortnite not available in PUBG: building. That’s right, instead of collecting clothes and weapon attachments, you can use your oversized sledgehammer to destroy trees and other elements to obtain resources to build walls, floors, stairs and more.

This opens up a whole new area in Fortnite, especially when played in a squad of four. It means that you can block the entrance to a house with a brick wall if you’re being chased, or you could fortify your position and make it impossible for enemies to sneak up on you.

If you’re able to build walls, floors and more, you should be able to destroy them too, right? That’s the case in Fortnite Battle Royale, with users able to break down or blow up a range of buildings and structures. 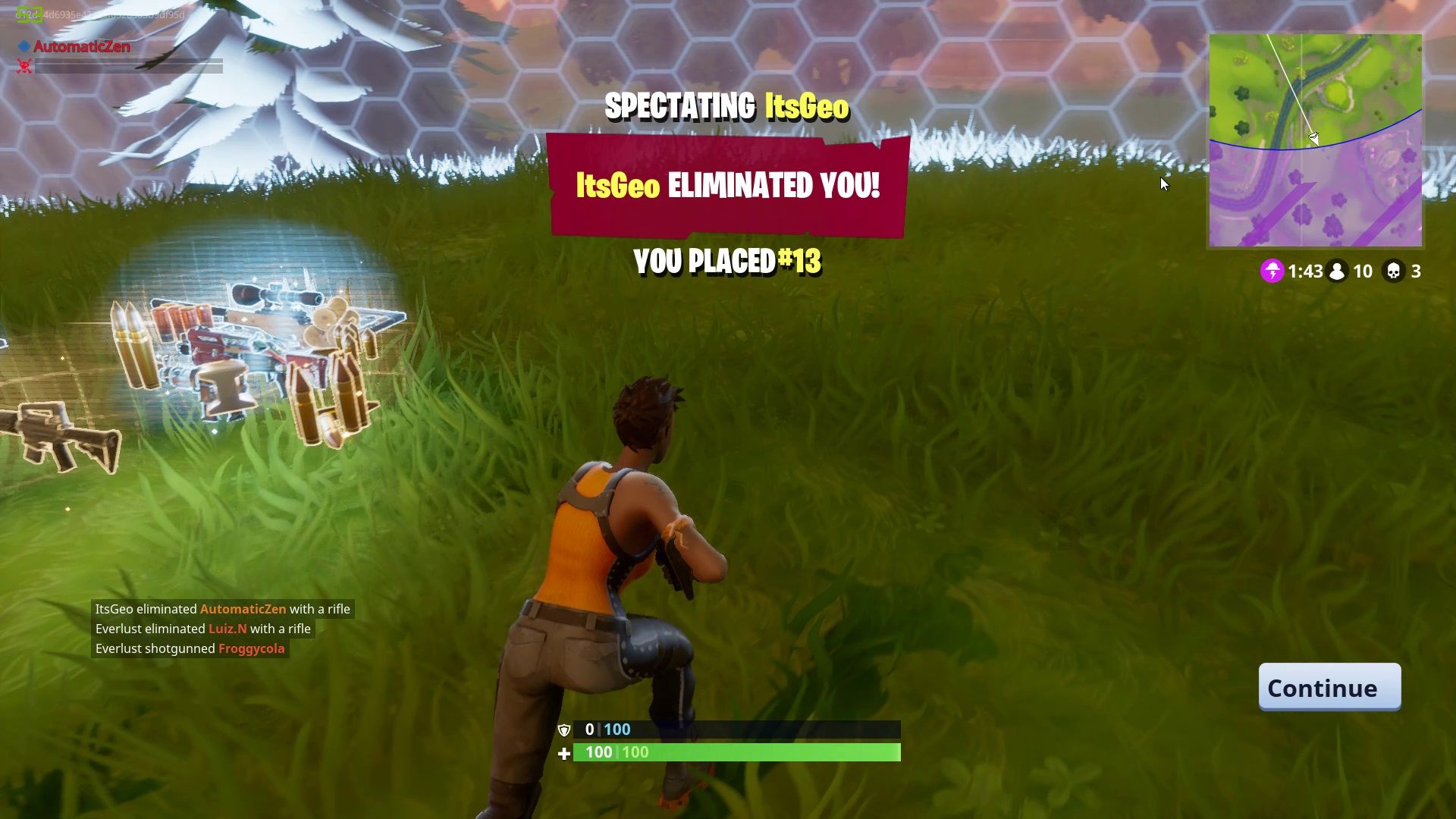 You can throw a grenade in a house and essentially reduce it to rubble, or you can create your own alternative entrance when the enemy is covering the only doorway into the building. It offers a way of tackling situations that simply isn’t available on PUBG, and is an incredibly fun element of the game.

Where Fortnite really shines is in the content department: Epic Games constantly add new and creative limited time game modes, and even featured an official Avengers game mode when the latest Avengers film hit cinemas earlier this year. It also regularly adds new weapons, and most recently, a drivable shopping cart. PUBG has also added new content – including two new maps – but the rollout is much slower than that offered by Fortnite, and PUBG is usually plagued with bugs too.