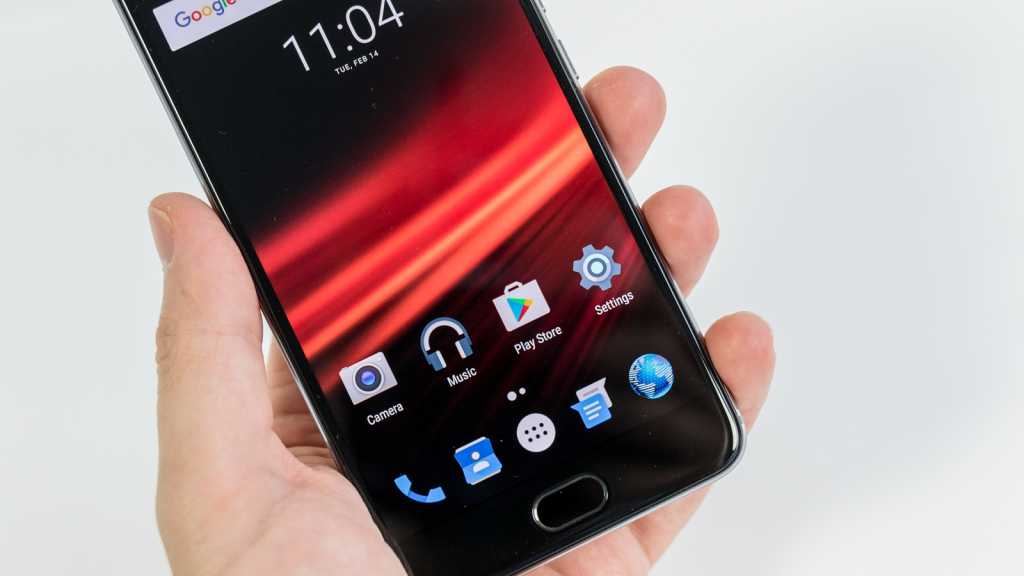 It’s not as fast as its predecessors, with which it shares the same but still just as good-looking design, but we do like the extra battery power and storage space, and the improved cameras of the Z1. We’re also pretty keen on the price – at £139 the UMIDIGI Z1 is a very impressive budget phone.

UMIDIGI follows on from the UMI Z and UMIDIGI Z Pro with the Z1, a good-looking budget phone with an attractive price but in some respects a downgrade on its predecessors.

All three phones are identical, though the hardware specification has changed somewhat.

The main difference between the UMI Z and UMIDIGI Z Pro was the latter’s 2x 13Mp Sony IMX 258 dual-camera, which has been swapped out in the Z1 for a 13Mp and 5Mp setup. Its third 13Mp selfie camera has also been swapped for a 5Mp version, but despite the Z1’s seemingly inferior specification the good news is photographic quality appears to have improved.

Judging from our benchmarks the processor would appear to have been downgraded, from a 2.67GHz MediaTek Helio X27 deca-core processor to an octa-core Helio P20 running at 2.3GHz.

The P20 is a 16nm (rather than 20nm) chip that can accommodate more RAM – here 6GB up from 4GB – but it has slower clock speeds and loses the X27’s two Cortex-A72 cores. By combining Cortex-A72 and Cortex-A53 in a big.Little architecture processors are better able to balance performance and efficiency.

But you do get twice as much storage as standard – up from 32GB to 64GB – and still with the option to add a microSD card up to 256GB in capacity, though as previously this comes at the expense of a second SIM (the Z1 can otherwise accept two Nano-SIM cards in a dual-standby configuration).

The battery has been boosted from 3780mAh to 4000mAh, and UMIDIGI says you’ll get a full day’s charge from 30 minutes, or can fully charge the Z1 in 100 minutes. The Z1 has the potential to offer two days of life, depending on your usage.

Pleasingly, while the UMI Z and UMIDIGI Z Pro retailed at around £200, the Z1 is available much more cheaply.

Our UMIDIGI Z1 was supplied by GearBest, which currently lists the Z1 at £139 (£179.99/153.11€) with free shipping. You’ll need to purchase your monthly texts, minutes and data separately, and there are some great-value options in our round-up of the best SIM-only deals.

However, because this phone ships from China, you’ll also need to factor in import duty. This is charged at 20 percent of the value on the shipping paperwork plus an admin fee of around £11.

UK potential buyers will be pleased to learn connectivity should not be an issue, with all three 4G FDD-LTE bands used by UK mobile operators supported by the Z1.

Delivery to the UK from China can take longer than we are used to when buying within Europe, and consumer rights do differ slightly. Read up on the stuff you should know when buying Chinese tech.

As we noted the Z1’s design has not changed from the Z and Z Pro. This is no bad thing, since they are among the best-looking handsets we’ve seen from the company. However, you do now get some full-screen models sitting higher up the range, which may be worth checking out.

The Z1 is still pretty slim for a low-cost smartphone at 8.2mm, and reassuringly weighty at 173g. As with its predessor, smooth, rounded edges glide into the 2.5D curved screen glass, with reasonably slim bezels to either side. It feels and looks good in the hand.

The screen has not changed, still a 5.5in full-HD (1920×1080 pixels) Sharp IZGO panel that is sharp and sufficiently bright, with strong viewing angles and realistic colours. Thanks to Gorilla Glass 4 protection it should be reasonably tough.

There’s a unibody aluminium-alloy chassis, with two thin antenna strips integrated to the body top and bottom on the rear. It feels well built, with no creaking or flex when pressure is applied.

As before you’ll find two symmetrical rows of drilled holes either side of a reversible USB-C port on the Z1’s bottom edge. One houses a mic and the other a speaker, while you’ll find the headphone jack up top.

Something we’re not massively keen to see again is the pressure-sensitive home button. It has a fingerprint scanner built-in and is very responsive, but this is not a button you can press and that makes it feel weird. You tap to go back, tap a bit harder to go home, and a bit harder again to access multitasking.

It creates a cleaner design sure, but in terms of usability we still prefer the usual trio of capacitive buttons. Fortunately you can add these to the bottom of the screen in the Settings.

The Z1 is fitted with a 2.3GHz MediaTek Helio P20 chip, built on the 16nm manufacturing process and comprising eight Cortex-A53 cores. As we wrote in our introduction to this review, that puts it at a slight disadvantage to the 20nm Helio X27 seen in its predecessors that has an additional pair of Cortex-A72 cores and faster clock speeds.

The new chip does mean UMIDIGI has been able to bump up the memory allocation from 4GB to 6GB, but the phone’s performance in our benchmarks still fell behind the Z and Z Pro in our tests – particularly graphics. See the chart below for a comparison.

Still, it has to be said that performance is arguably very good for a phone at this price, and we don’t think many users will find it incapable of performing the tasks they require.

Storage, as we noted, has doubled from 32GB to 64GB. Combine this with the easy availability of cloud storage these days (we highly recommend Google Photos for offloading storage-hogging snaps) and we don’t think you’ll find a need to add a microSD card, leaving that slot free for a second SIM.

The UMIDIGI Z1 lacks NFC, but GPS, Bluetooth (version 4.1) and Wi-Fi are all covered. And though it charges over USB-C, there’s still a 3.5mm jack for headphones.

The cameras are a key change for the Z1 over its predecessors, and it’s certainly one of the more useful changes UMIDIGI has made. In common with the Z Pro the Z1 is fitted with a dual-camera, but rather than two 13Mp sensors it has a 13Mp primary sensor and a 5Mp secondary one for creating bokeh effect photos (blurring the background). In our tests we found much better quality.

Our first shot, taken in Auto mode (out of the box settings) has a slight yellowish tinge, but the level of detail is very good and there is significantly less noise than previously. When zoomed into full size, you can make out the road name at street-level, despite the snap being taken from our seventh-floor roof terrace. Individual bricks on the building across the road are easily visible.

Our second shot is with HDR engaged. There’s no auto option here, it’s either on or off though supported on both front and rear cameras. Colours are much more realistic here, and the level of detail has not been lost.

In low light the camera struggles with noise. Though it has a quad-LED flash we turn this off for our testing, and found the Z1 introduced a large amount of noise and struggled to focus.

The selfie camera, too, has an LED flash. Always-on it’s more of a LED flashlight than a flash, but at least it won’t make you blink.

The Camera app has been upgraded, and the Z1 can now shoot Live Photos – again on both cameras. It still supports 4K video recording, too, although it’s not as easy to get to in the new interface – you must scroll through all the shooting modes (Face beauty, Bokeh, Photo and Pro Photo) to reach Videos on the far left.

Out of the box the Z1 runs Android 7.0 Nougat, whereas its predecessors have Marshmallow with an OTA upgrade to Nougat. It’s a pretty vanilla implementation, with the only surprises in the Settings menu DuraSpeed (which manages which apps run in the background) and the intriguingly named Eyebrow Mode. The latter lets you adjust the blue-light filter, and toggle between reduced brightness (night mode) and red (sleep) and green (outdoor) filters.