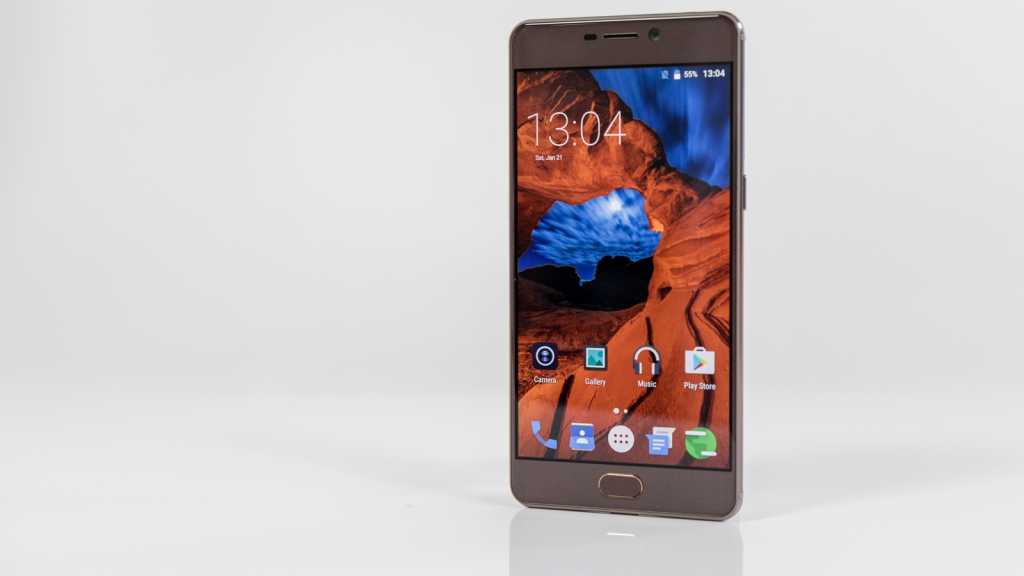 At £162 it’s difficult to find fault with a smartphone that offers 64GB of storage, a mostly decent camera and a metal chassis with roomy full-HD screen. The Elephone P8 offers good value and performs admirably against its closest competitors, though it lacks the wow factor.

Elephone’s P8 Mini is a great budget buy and a real rival to the Moto G5, so we were excited to test the standard Elephone P8. But if you were expecting it to be the same thing but more of it, think again.

Key differences between the Elephone P8 and Elephone P8 Mini naturally include a larger 5.5in screen on this standard model, but it also here has a fully metal build, a faster processor, more memory, a Home button with built-in fingerprint scanner (it’s on the rear on the Mini), and it’s swapped out the dual-camera for a 21Mp monster.

You can buy the Elephone P8 from GearBest for £162.17 ($209.99/178.62€). It’s shipping from China, so be prepared to pay import duty (20 percent of the value on the shipping paperwork plus an admin fee of around £11) and wait a little longer for it to arrive, depending on your choice of delivery option.

As with the Mini it supports all three UK 4G LTE bands, so connectivity shouldn’t be an issue, but you might like to read up more on the pros and cons of buying Chinese tech.

In design, the Elephone P8 and P8 Mini couldn’t look more different. In fact, beyond a Micro-USB port and the fact both lack a notification LED it’s difficult to see how the two are related.

While the Mini is mostly plastic, the P8 has a fully metal build which means it has also introduced antenna lines on the rear to improve signal. It feels well built, tough enough and with better-looking chiseled edges, but it doesn’t particularly stand out – especially among all the ‘bezel-less’ phones now coming out of China (see our round-up of the best Chinese phones).

Viewed from the front you’ll find slightly smaller screen bezels – here just 0.9mm at the sides – but Elephone has removed the capacitive buttons below the screen and implemented a physical Home button that has a built-in fingerprint scanner.

This single button replaces the usual Android back, home and recent keys, allowing you to access each of those functions with a tap, press and long-press respectively. Once you’ve got your head around the setup it’s easy enough to work with.

It creates a slightly more iPhone-esque design, as does the Mute button you find on the left edge. This is a slider button – push it up and only alarms will sound – so more like the button on iPhones than OnePlus’ Alert Slider.

Even the volume buttons (here separated rather than a rocker) and SIM tray slot, and the sensor and selfie camera, have switched places on the chassis. And the chassis itself is not thinner as you might expect for a more expensive model, but thicker at 9.5mm versus the Mini’s 8.1mm. It’s quite a chunk, and a full 53g heavier, though the battery has been boosted from 2680mAh to 3600mAh.

That means things are different at the back, too. On the Mini you’ll find a dual-camera and single LED flash top-left, and a fingerprint scanner top-middle. Now there’s an enormous centrally sited camera that sits atop a dual-tone LED flash. And no wonder it’s so big: the sensor is a 21Mp Sony IMX230.

The screen is different, too. The difference in size comes as no surprise – there’s a 5in panel on the Mini and 5.5in on the standard P8, both full-HD in resolution – but the display technology has also changed.

Whereas the Mini uses a Sharp panel that acts like AMOLED, the standard model has an IPS screen. There’s very little difference in clarity, with both offering sharp text, but images here are more realistic than they are vibrant, and blacks are not as deep.

Neither phone is waterproof or supports wireless charging, but we wouldn’t expect either feature at this price.

Given that there are few similarities from the outside, we perhaps shouldn’t have expected the two to be similar on the inside. The Elephone P8 has a MediaTek Helio P25 (MT6757T) processor, the P8 Mini a MediaTek MT6750T. Both are octa-core chips running on eight Cortex-A53 cores, but the standard is clocked at 2.5GHz and the Mini at 1.5GHz.

Integrated to these processors are the Mali-T880MP2 for the standard Elephone P8, and the Mali-T860 for the Mini. The P8 has 6GB of RAM, the Mini 4GB of RAM.

For storage both feature 64GB internal, and should you find this is not enough for your needs you can add a microSD card up to 128GB in capacity. Do bear in mind that if you do this you won’t be able to add a second SIM (the Elephone P8 otherwise supports two nano-SIMs in a dual-standby configuration). (See our round-up of the best dual-SIM phones.)

In terms of connectivity the Elephone P8 also supports Bluetooth 4.1, GPS and dual-band Wi-Fi, but like its little brother there’s no NFC.

It doesn’t take much to guess which of these smartphones is faster. The Elephone P8 trounced the P8 Mini in all our benchmarks, as you’ll see from the chart below.

It’s perhaps a closer match for the Doogee Mix, Maze Alpha and Bluboo S1 (reviews of which are coming soon), with each running the same processor, though in our first run performance was a long way behind those phones. Admittedly a second run was much better, and actually revealed the Elephone to come out on top in many of our tests, but the inconsistency is not a great sign.

It’s worth keeping in mind that this is a mid-range phone with a closer to budget price tag, so we don’t expect high-end performance. However, given that all three of these rivals we mention are available for a similar price from GearBest and feature trendy ‘bezel-less’ displays, it’s difficult to recommend the Elephone over them.

Unless, that is, we consider photography to be our primary concern, which we’ll come to next.

With both P8 and P8 Mini the cameras sound amazing on paper. There’s a 16Mp selfie camera – 16Mp! With a soft selfie flash. And a massive 21Mp rear camera for the standard Elephone P8.

The number of Megapixels rarely has anything to do with the quality of the camera, of course, except for when there aren’t that many. That’s true of the Mini’s dual-camera, which has a 13Mp main sensor but the secondary camera is just 2Mp. So we’re please to see it swapped out here.

This also affects video, and where the Mini maxed out at 1080p the P8 supports 4K.

In comparison with the Mini its photos out of the box were a vast improvement. While the Mini captures rather cold images the Elephone P8 is capable of warm and vibrant shots, with sharp detail – we could make out individual bricks and read the the text on a street-level road sign from our seventh-floor office across the road.

In our tests it wasn’t as sharp as the Bluboo S1, which also produced a more natural-looking shot, but it’s miles better than the Doogee Mix and Maze Alpha. The latter, in particular, has a weird blue tint.

But while we were more impressed with the Bluboo in Auto mode, our test shots with HDR were appalling. HDR on the Elephone does a great job of picking out the shadows and highlights, and results in a quality image that is a touch colder but just as sharp.

In our low-light scene the Elephone did a better job of lighting up the scene than did the Maze and Bluboo, though it introduced rather a lot of noise.

The camera app itself is very basic, as with the Elephone P8 Mini, with real-time filters and a handful of presets. HDR is on or off, with no automatic option.

The Elephone P8 runs an almost standard version of Android 7.0 Nougat, which is no bad thing, and it comes with little bloat. In the Settings menu you will find DuraSpeed, which lets you prevent certain apps running in the background, and something called Gesture somatosensory, which is basically just gestures – and not many of them at that. You can use three fingers to create a screenshot or quick-launch the camera.