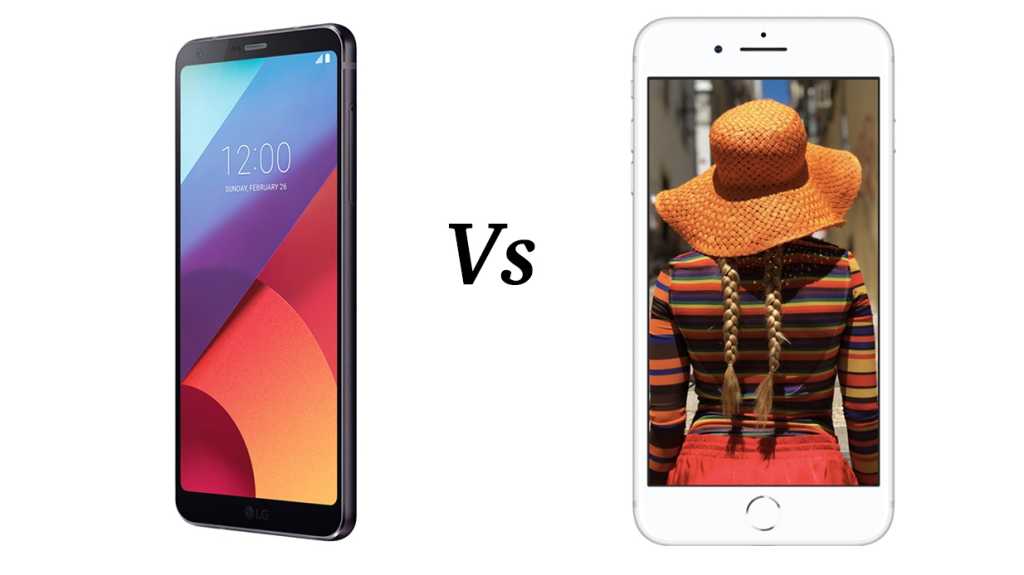 LG has made up for its misstep last year that was the peculiar G5, returning with a device that is classy, well thought out, and a genuine pleasure to use. The omission of wireless charging is disappointing, and using last year’s CPU raises a few questions, but overall the G6 is an excellent smartphone, especially at the prices it currently goes for on the high street. The iPhone 8 is really an iPhone 7S, with the usual incremental changes that brings. Wireless charging is a nice addition, and the A11 Bionic chip is a step up, but the design is unchanged and those large bezels now look a bit dated. Then there’s the spectre of the iPhone X, which will cloud the decision making of any iOS fan. The iPhone 8 is solid, familiar, and…a little boring. It’s the safe bet, but we’d prefer the LG G6.

With most of the flagship smartphones for 2017 now released, the choice for potential buyers is wider than ever. Two handsets that are likely to be top of your list are the LG G6 and the iPhone 8.

We compare the two to see what they offer, and if you should be tempted by either.

The LG G6 is available SIM-free for £499 from John Lewis and other retailers. For that you’ll get a 32GB model in either Black or Platinum. US customers should expect to pay $699.99 for an unlocked version bought directly from LG.

Apple’s new iPhone 8 is available in a few configurations direct from Apple or other retailers such as Carphone Warehouse in the UK. The 64GB model is much more expensive at £699 (US$699), while moving up to a 256GB version changes the price to £849 ($849). The number of colours on offer has been reduced from the six of the iPhone 7 to four: Space Grey, Gold, Silver and Red

Moving on from the modular design of the G5, LG has instead gone for elegant lines and smooth metal surfaces on this new model. The chassis is quite tall in order to accommodate a huge 5.7in display, and this makes it feel similar to the Samsung S8 which adopts the same approach.

LG has wisely kept the width of the device down to a comfortable size, making the G6 surprisingly usable in one-hand.

The iPhone 8 keeps close to the design and form factor that Apple has been using since the introduction of the iPhone 6 back in 2014. The dimensions remain basically the same, but one big change is the return of glass on the back of the device.

While this hasn’t been seen since the popular iPhone 4S, the reasons for its return seem to be more practical than aesthetic. Adorning the back in glass has allowed Apple to include wireless charging for the first time, and we think that’s a fine choice.

LG oddly decided to neglect this pretty standard feature for modern Android phones, restricting it to the North American models. That’s not a fine choice, unless you happen to live in the US.

Both devices include fingerprint sensors, unlike the new iPhone X, but Apple sticks to the front panel variety, while LG has its one positioned on the back of the device.

This is a key difference, as you’ll see in the display section below.

Ports are at a minimum on the iPhone, with only the lightning variant on offer. LG follows the current trend by including a USB-C charging port, plus there’s also a 3.5mm headphone jack and a microSD slot for expanding the storage up to a massive 2TB.

Waterproofing is another expected quality in a top tier smartphone, and the LG G6 boasts an IP68 rating. This means it can survive being submerged in depths of a metre and a half for up to thirty minutes.

The iPhone 8 has a lower IP67 rating, so it can endure depths of a metre for the same amount of time.

Basically, either should emerge safely from any quick dips in the pool, bath, or toilet, although swimming with them is a risk you’ll have to weigh up for yourself.

Apple sticks with its 4.7in display on the iPhone 8, but that size – not to mention the wide bezels on the top and bottom – are beginning to look dated when compared to the almost all-display design of the G6.

The reason for this restriction is the Home button which takes up a large chunk of the lower panel. This has been removed in favour of Face ID on the new iPhone X, but it remains to be seen how long Apple will persist with Touch ID on the standard models.

LG avoids this limitation by having the fingerprint reader sit beneath the camera on the rear of the unit. It’s an approach also used by Samsung, HTC, Google, and most other Android manufacturers, so why Apple continues to eschew it is something of a mystery.

The result is that the display on the G6 is far larger, and makes excellent use of the space on the handset. With a resolution of 2880 x 1440 and 565ppi, the Quad HD display dwarfs the rather humble offering on its rival.

Under its display the G6 houses a snapdragon 821 CPU and 4GB of RAM. This is another interesting decision, as it’s the newer 835 that can be found on other flagships this year. LG states this is because it has worked to optimise the device with this chip.

In normal use the unit feels snappy and fast, so this seems to be born out, but over time we’re not sure if this will age the G6 faster than other premium handsets. The 821 is a solid chip, but it’s not the current top tier choice.

Apple has continued to develop its own CPUs, and this year sees the introduction of the A11 Bionic. At the launch event Apple claimed quite significant speed improvements with the new design, and these are usually accurate in the real world.

The amount of RAM in the iPhone 8 is unconfirmed as yet, but Apple has a good habit of squeezing top performance out of whatever it installs.

Here’s a detailed breakdown of the specifications of both devices.

LG includes dual cameras on the back of the G6, both with 13Mp sensors. One is a standard f/1.8 lens with optical image stabilisation, while the other is a wide-angle f/2.4.

In our tests, the G6 consistently produced excellent photographs, with the ability to switch between telephoto and wide-angle opening up some fascinating avenues.

Video capture is also good, with the cameras capable of 1080p at 60fps, or 4K at 30fps. Sadly, HDR support is limited to the still images.

While the iPhone 8 may only be limited to a solitary 12Mp main camera, it is a very good one. The lens is f/1.8 with optical image stabilisation, and can capture 4K video at 60fps. Very impressive.

We’re still putting it through its paces in our lab at the moment, so we’ll update this feature when we know the full extent of the camera’s ability.

Both units also have front facing cameras that do their jobs with a minimum and fuss, producing usable results.