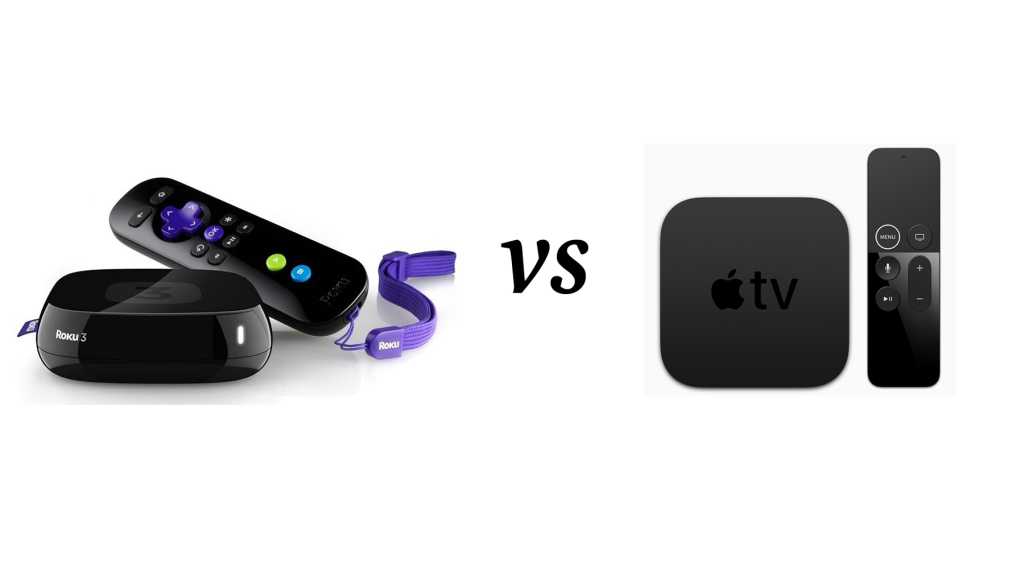 If you’re an Apple fan, have an existing iTunes library, and use iOS devices, then it’s going to be hard to avoid the lure of the Apple 4K TV. Its integration with the Apple universe is a big factor, and one that would make sense to a lot of people. The unit can even act as a hub for your HomeKit compatible smart home devices. It does lack a few key content providers for the UK audience though, and the price is unmistakably Apple, but if 4K is your desire then this will deliver. Roku offers a wide selection of content, in a package that is easy to use and affordable for most people. If your primary interest is seeing the movies and shows, rather than bells and whistles, then it’s a very easy product to recommend. We’d like to see the 4K models made available in the UK though, as Roku is now beginning to fall behind.

Thanks to the likes of Netflix, NowTV, Amazon Prime Video, iPlayer and various other streaming services, there’s never been a better time to leave behind satellite and terrestrial television for the golden shores of the internet.

Two devices competing to deliver these splendours to your screen are the tried and tested Roku 3, and Apple’s newest iteration of the Apple TV, which now supports 4K and HDR. So, which one should be top of your shopping list? We compare them to find out.

If you want a wider selection then also try our best media players 2017 guide.

The Roku 3 is the current flagship model in the UK and can be bought from Roku or most high street electronics shops for £79.99.

There are also a couple of cheaper models in the range, with the £69.99 Roku 2 being almost identical to its bigger brother, except for a few differences in the remote control.

Finally, you can go for the Roku Streaming Stick. It’s a little slower and more basic than the others, but at £39.99 it offers excellent value.

All the Roku devices have been out for a while now, and as such are easy to get hold of. The same holds true for the older Apple TV, while the new 4K models went  on sale from 22 September.

As the name suggests, the new Apple TV’s main upgrade is support for 4K content. At the recent launch event Apple also revealed that any films or TV shows that had previously been purchased by customers on iTunes would be upgraded to 4K for free. This creates an instant 4K library to enjoy on the device, and is quite a bonus for existing Apple TV owners.

Alongside 4K there’s also support for HDR, which could be the real selling point for many, as the increased richness of colour that this provides will really bring content to life.

Of course, these features are useful only if you have a TV that is capable of displaying such content.

Siri is another feature of note, as it allows users to speak into the remote control’s microphone and ask for content. If you’re in the mood for a certain style of film, then saying ‘I want to watch a thriller’ will produce a list of results on the screen for you to choose between.

Then there’s the ability to ask Siri ‘What did they say?’ if you miss a line from a movie and show, then Siri will rewind the content by ten seconds and switch on the subtitles.

The remote also acts as a controller for iOS-style games which can be played on the big screen.

The Roku 3 also has a gaming option, thanks to a similar approach in the remote control, and there’s the handy feature of being able to plug your headphones into a port on the controller so you can listen to content in peace.

At the moment, there is no 4K option in the UK, but the Roku 3 will deliver 1080p without fuss. US customers can avail themselves of the new range that Roku has unveiled, which includes 4K models, but as yet there’s no sign when they’ll turn up on this side of the Atlantic.

A microSD card slot in the Roku 3 does allow the internal storage to be expanded, and there’s a USB port through which you can play content stored on external drives or USB sticks.

What channels can you watch?

In the past Roku has always had the edge in this area, and even though Apple has increased the amount of content open to UK viewers it still lags behind in a number of ways.

All of the main streaming services are currently available on Roku. These include Netflix, NowTV, and Amazon Prime Video, so long as you have an active subscription.

Apple does offer Netflix and NowTV as well, but as yet Amazon Prime video is still absent. It has been announced that the channel will appear later this year, so deals are obviously being struck.

iTunes users are be able to watch any purchased content directly through the app on Apple TV, plus they can listen to Apple Music if they have a subscription. Access to images and videos stored on a users’ iCloud Photo Library is another nice feature, as well as the ability to mirror the display on any iOS device in the room via AirPlay.

Roku steals a march when it comes to free channels and catch-up services. At the time of writing you can watch iPlayer, ITV, All 4, My 5, and a whole host of other free content, while Apple’s selection is limited to iPlayer, and there doesn’t seem to be much chance of that changing anytime soon.

Both devices feature simple interfaces, with comprehensive searches that give you the option to find content by cast members or title. They also have dedicated apps for iOS and Android (Roku) that can replace the remote control entirely.