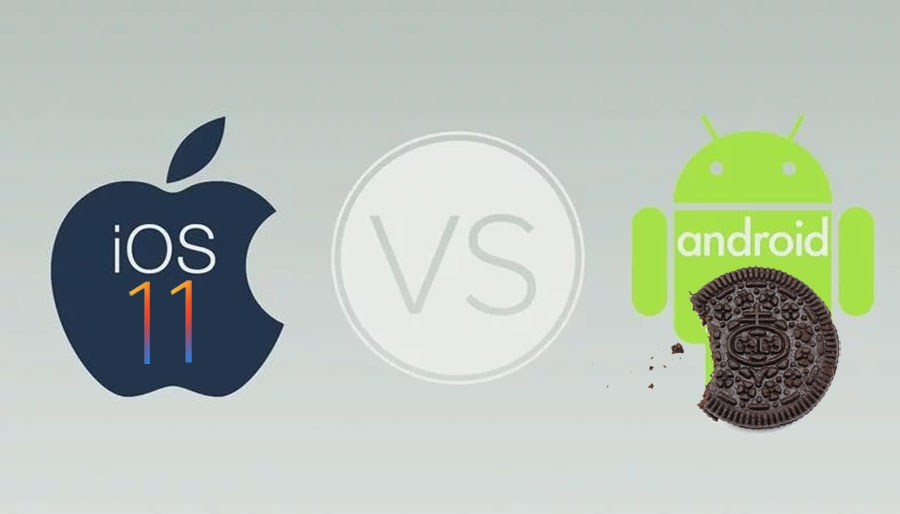 Both Android Oreo and iOS 11 are evolutions of what are already very, very good mobile operating systems. They both include lots of new features that aim to make your life easier and safer. However, if you have an iPad (particularly a Pro model) then iOS 11 clearly wins over Android. Partly that’s because there simply aren’t many Android tablet rivals and partly because iOS 11 adds lots of great productivity features. Where phones are concerned it’s not so clear cut. In fact, whichever you go for, you won’t be disappointed.

Another year, another version of Android and iOS. It’s that time where we compare the new features offered in each camp and help you to decide if now’s the time to switch.

Apple is now up to iOS 11, and there’s nothing radically different or new to woo Android users. But it’s the same story at Google: a raft of small changes makes Android Oreo 8.0 nicer and easier to use.

It is worth stating at the outset that not all Android phones will have all of the features we mention here. Many phone makers love to customise Android with their own ‘overlays’ and this can mean that their own notification design, say, overrides what Android would otherwise do in its native form.

It’s also possible that your Android phone won’t ever get Android Oreo, either because it’s too old or because the manufacturer simply decides not to put the work into modifying and releasing Oreo for it.

This, along with the fact you’re virtually guaranteed a timely update is why a lot of people prefer to buy one of Google’s own phones or a handset from a manufacturer that sticks close to stock Android and has a good track record of fast updates to the new version.

Here are the main changes, but there are lots of other small updates too.

Some of the smaller improvements include notification snoozing where you can dismiss a notification that you want to deal with later – similar to Inbox snoozing.

Project Treble is another behind-the-scenes update that makes Android more modular, which in turn makes it easier for phone makers to roll out Android updates. Hopefully, then, even Huawei owners might see new versions arriving on their phones without an interminable wait.

Having a feature like Autofill means you won’t have to install an extra app (such as Lastpass) to remember your logins and it works with apps, not just websites in a browser.

Picture in picture works much like it does in iOS: 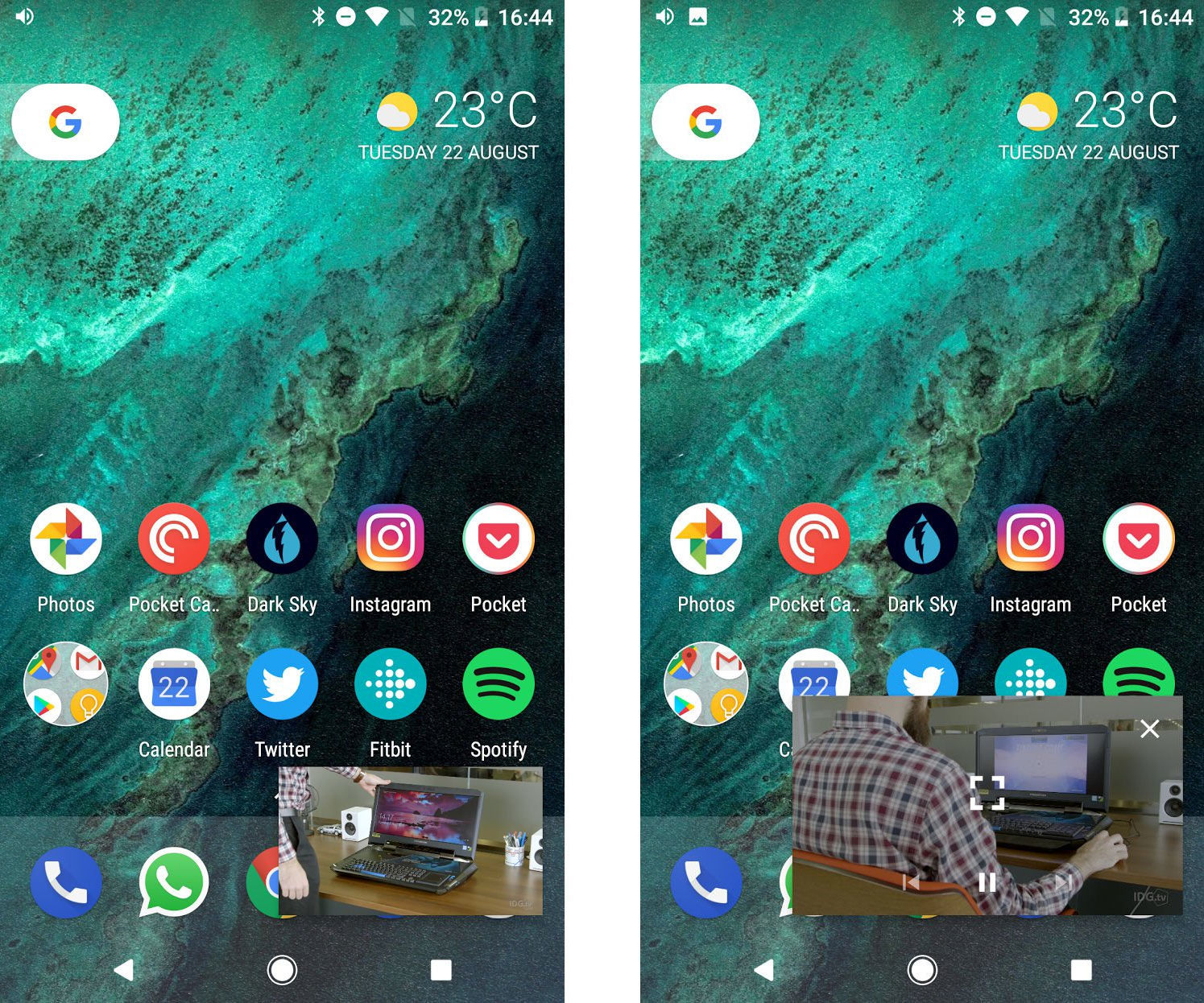 Clearly, this is an iPad-focused update and iOS 11 is a massive improvement for iPad owners, particularly those with the iPad Pro.

Adding a macOS-style dock is a brilliant move and the new ability to launch apps from it as well as dragging and dropping between two open apps puts iOS 11 firmly in the lead over Android when it comes to tablets. 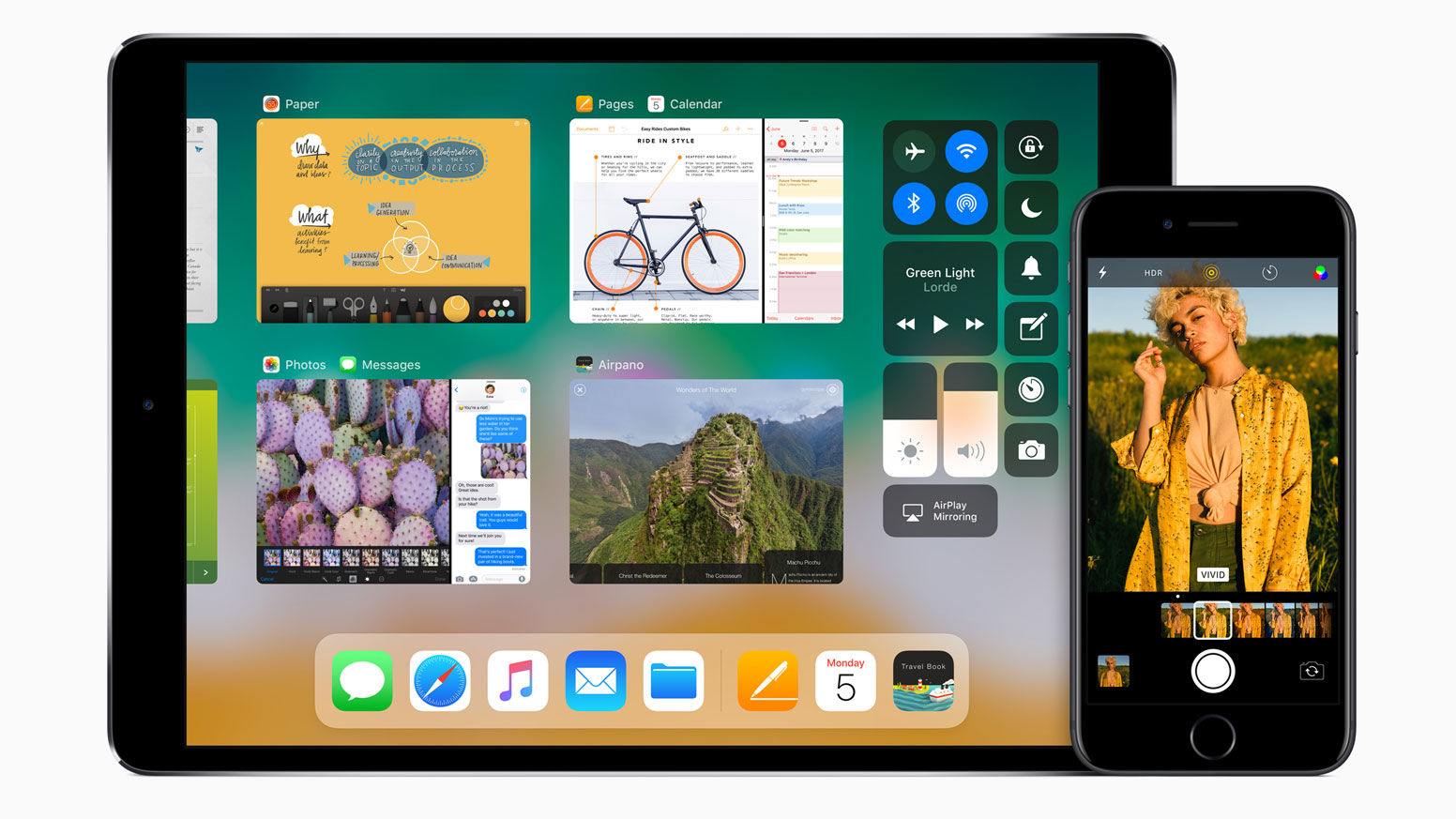 Google did add the capability to run two apps on screen on the Pixel C in Nougat, but add hardware and software together and it’s the iPad Pro (with the Apple Pencil) that wins for productivity.

Although outside the scope of this comparison, before you order an iPad Pro it’s well worth investigating a Surface Pro with Windows 10 if you primarily live in the Microsoft Office world. Windows still beats iOS for productivity.

If you’re reading this with phones in mind, then iOS 11 is of course also very slick on the iPhone. Plenty of people will be happy to see the back of the multi-pane Control Centre and the overdue introduction of customisation.

Now you choose which shortcuts you want to see, and if you have a phone with 3D Touch, you can press hard to see more options. For example, you can toggle Wi-Fi on and off as usual, but a ‘deep’ press takes you to the Wi-Fi settings. 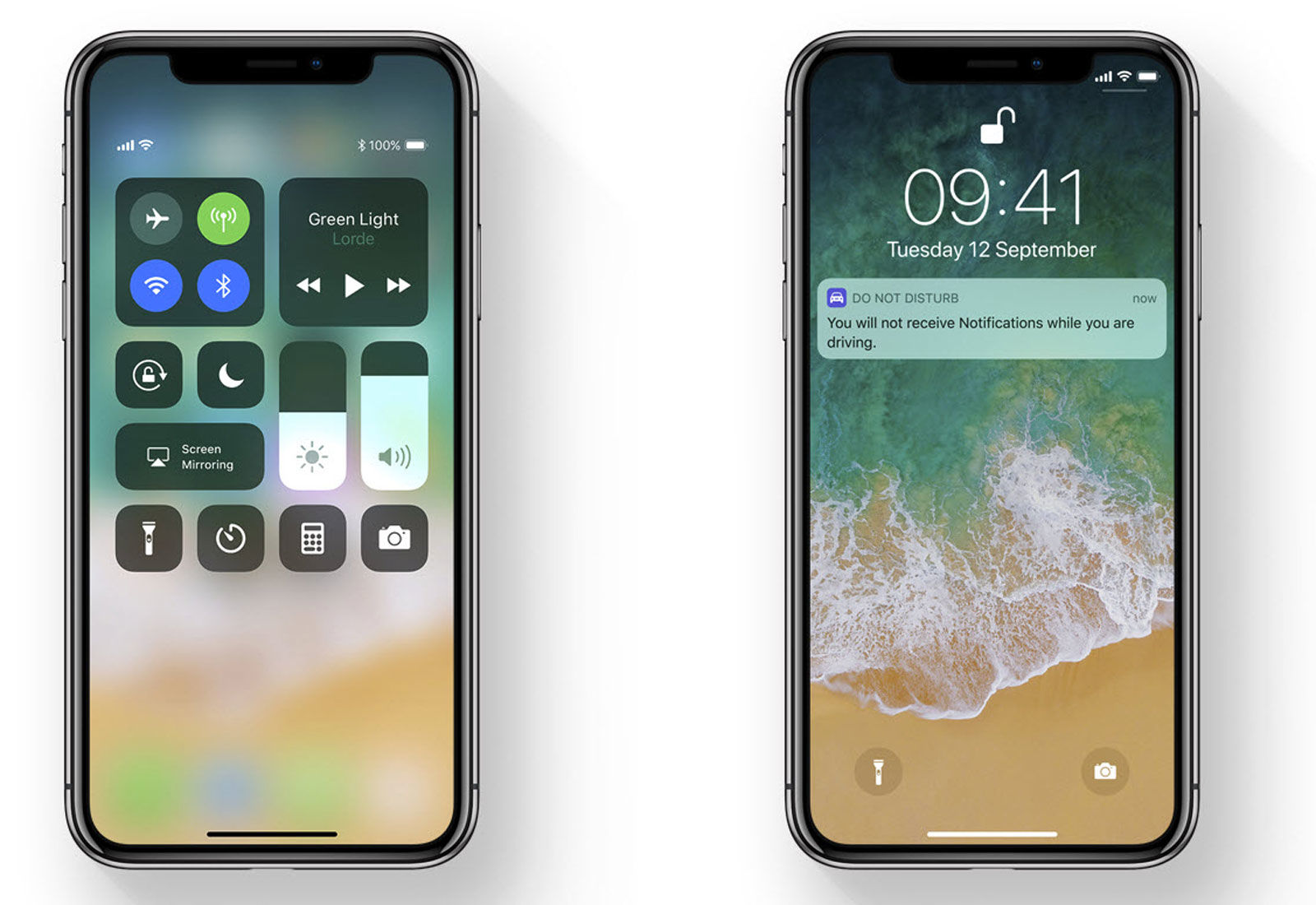 The redesigned App Store not only looks nicer, but importantly makes it far easier to discover new apps than before.

We also like the new live photo options, which you’ll find when you edit a live photo in the Photos app. Previously live photos were something you were likely to disable, but now the video clips are fun to share with friends and family.

And from a safety point of view, iOS 11 will try and detect when you’re driving and mute all notifications. If someone calls or texts, you can set up an auto-reply which tells them you’re driving and you’ll catch up with them later.

So which is better, iOS or Android?

The old argument goes that Android is more customisable and lets you do more, and iOS is safer and more secure but is far more limiting in terms of what you can change and how you do things.

And with Oreo and iOS 11 nothing has really changed on this score. Thanks to the new Google Play Protect, Oreo should be the most secure version of Android yet and all the other improvements (including the better power management) make it the best yet.

Of course, hardware manufacturers have been adding features for years, so lots of Android phones already have great power management and it’s simple to install an app that can remember login details.

Picture-in-picture is a feature that’s catching up with iOS, but it’s been a long while since Android could be considered “as good as” iOS. In many respects there are still lots of features that Apple could ‘borrow’ and implement in iOS. Notification lights, anyone?