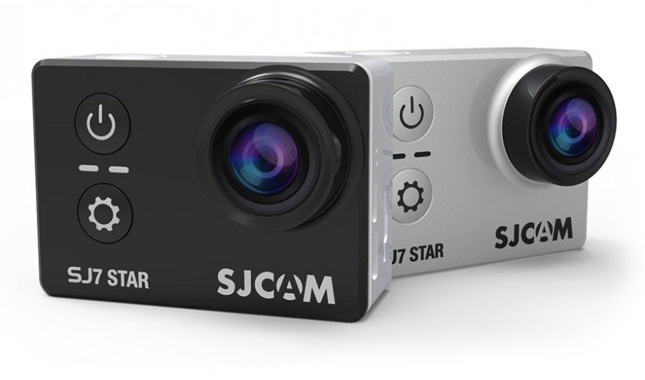 The SJ7 Star is a good-value action cam if you want something that will capture good quality video, either at 4K or at lower resolutions at high frame rates. It’s well built and reliable, but lacks the waterproofing found on GoPro’s latest models. The main attraction, then, is the price which makes it far more affordable.

The SJ7 Star is SJCAM’s first 4K action cam. Sure, previous models such as the SJ5000X Elite claimed to be 4K, but if you read the small print you’d notice that this was merely interpolated from a lower resolution.

Many action cameras do this, but the SJ7 Star really is a 4K action cam, despite its low price.

You can buy an SJ7 Star from GearBest for £122. That’s from GearBest’s European warehouse, too, so you won’t have to wait too long for delivery and won’t be charged import duty. It’s more expensive from Amazon UK at around £170.

Even so, that’s still a great price for an action cam that rivals GoPro’s Hero 4 Black which cost £409 when it originally launched.

That price has dropped of course and you can buy one for £289.99 from Amazon but that’s still a lot more than the SJ7 Star and it comes with a fraction of the accessories and mounts you get from SJCAM.

It would be unfair to lump the SJ7 Star in with all the GoPro clones because it’s several rungs of the ladder above the cheap action cams you often find.

The Star is within a millimetre or so of the Hero 4 Black in each dimension and matches not just its ports but also their layout. That means mini USB, micro HDMI and a micro SD slot. 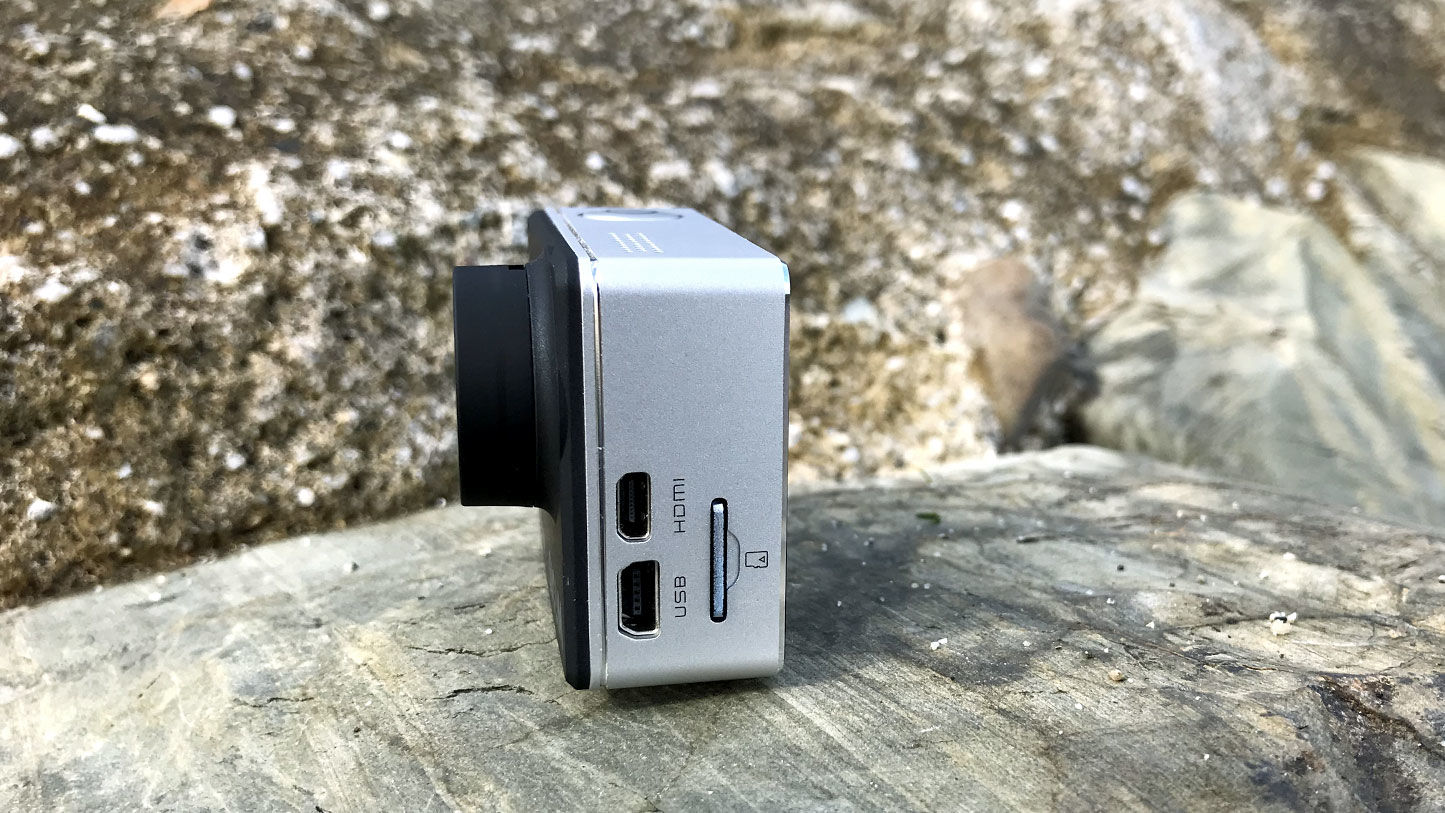 There’s no LCD screen at the front because on the rear is a 2in touchscreen – much like the one you’ll find on a Hero 5 Black. This makes it much easier to see what you’re shooting and select options, but as with the GoPro’s you can also connect your smartphone via Wi-Fi and watch the feed remotely, as well as reviewing clips and photos.

The body is made from aluminium which adds a touch of class missing from the Hero 4 Black, but it’s not waterproof like the Hero 5 of course. You get a plastic housing in the kit which lets you record at depths of up to 30m, or outdoors in the rain. 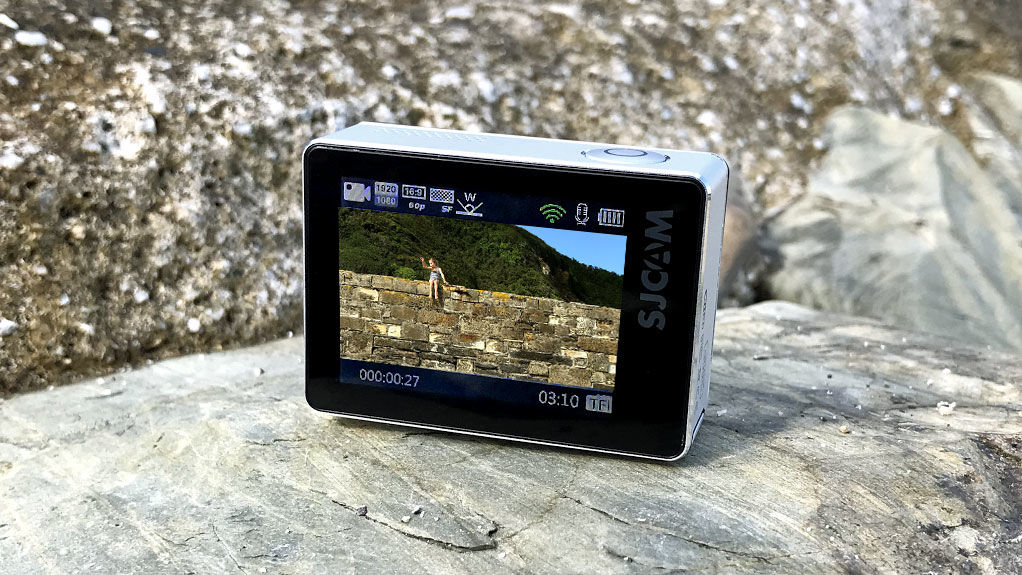 A frame mount is also included in the box, which is the best choice if you want the microphone to pick up voices and sounds. Unlike the GoPros, the SJ7 Star records only mono sound, but it’s decent quality.

The battery may be small, but it lasts for ages (around 50 minutes of 4K even with Wi-Fi enabled), and it’s very cheap to pick up spares for under £5 and there’s a handy USB charger for around the same price which can recharge two batteries out of the camera from a USB power bank . 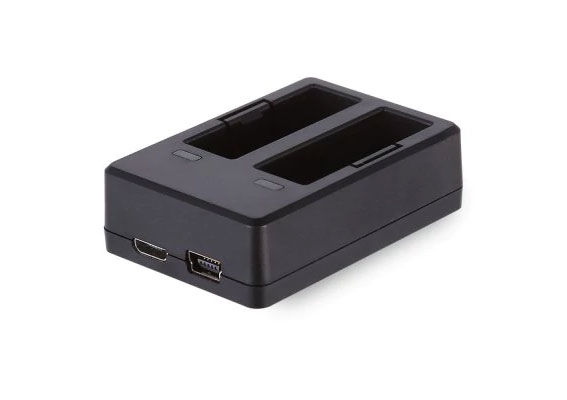 In fact, there’s a huge range of available accessories including a lens filter system, a ‘watch’ for controlling the camera from your wrist, a tie microphone and more.

There’s a huge range of recording modes, and it’s easy to select one by tapping the touch screen and then Video Resolutions.

The lens has a field of view of 166° but frustratingly you can’t change the FOV at 1080p60: you’re limited to Wide. In most other modes you can select medium or narrow. (Also, for those asking: yes this is real 60fps – not duplicated frames.) 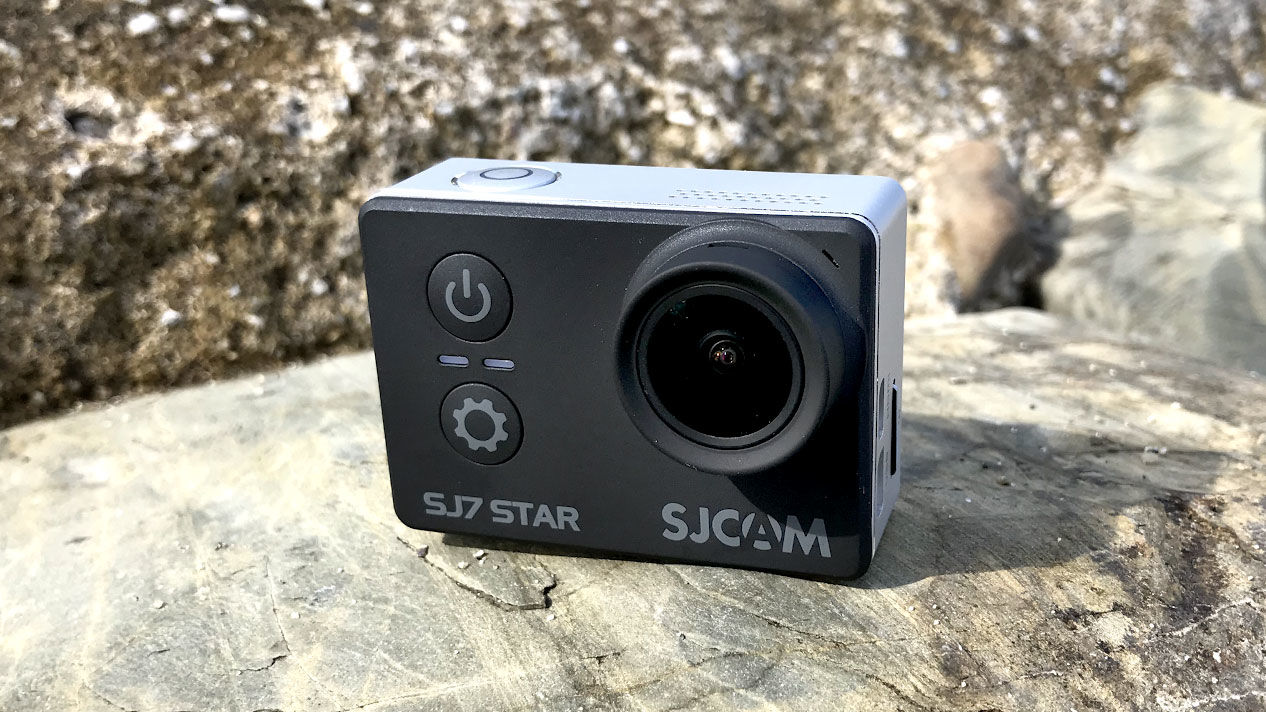 On top of photos and videos, there’s also timelapse available for both. Plus, you can use the SJ7 Star as a dash cam: there’s support for loop recording and you can enable ‘Car DV’ mode which will automatically start recording when power is detected from the mini USB cable. Again, you can buy a car power supply and windscreen mounting kit from SJCAM.

Scroll through the menus and you’ll find dozens of settings such as stamping the date and time on videos, adjusting the microphone volume, metering, ISO, EV, sharpness and more.

Before we get to video quality, it’s worth saying that even on a relatively early firmware, the camera was reliable. We didn’t experience any crashes or freezing up.

This could be partly down to the Ambarella A12S chipset which is capable of recording 4K at 30fps while sending a second, low-res live stream over Wi-Fi to your phone.

However, we were disappointed to find that SJCAM still hasn’t increased the volume of the menu and start/stop recording beeps, though. Outdoors in a noisy environment, it’s near impossible to hear them even when the camera is in its open frame, but the beeps are crucial if you’ve mounted the camera on your bike helmet and therefore can’t see the screen or LEDs.

And the LEDs aren’t bright enough either: the power button includes a blue LED but you’ll struggle to see this – one quick indication of whether the camera is on or off.

The screen, thankfully, is just about viewable in sunny conditions and it turns off a few seconds after you start a recording to save power.

If you use the app, you’ll quickly notice that it’s not up to the quality of GoPro’s. For a start, the video preview is regularly corrupted, and sometimes it takes ages to change shooting modes. 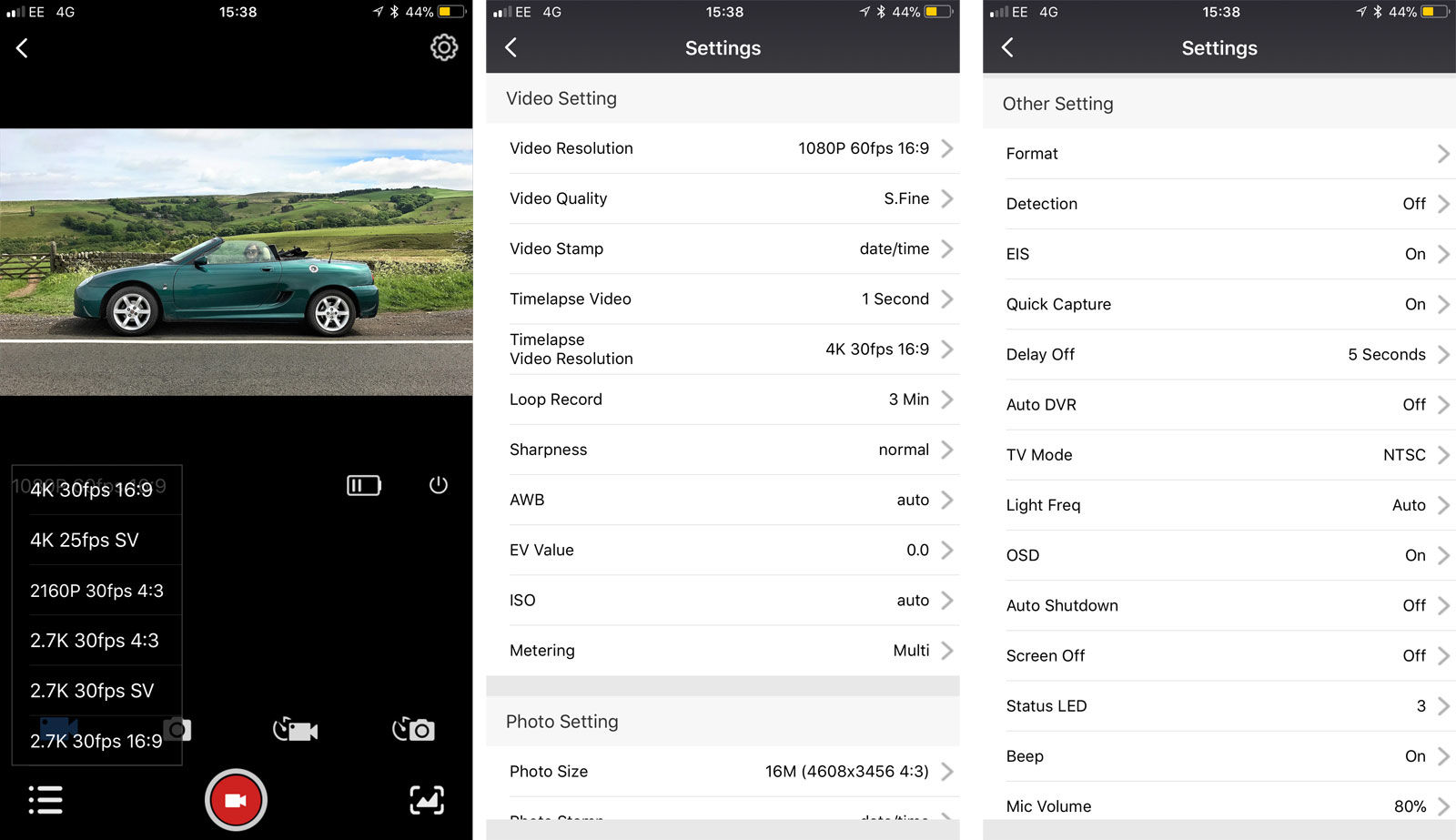 Also, as there’s no Bluetooth, you can turn the camera off with the app, but you can’t turn it back on again.

Fortunately, video quality is excellent. It’s certainly on a par with the Hero 4 Black with great colour reproduction and sharpness.

Although there’s gyro stabilisation, it would appear that this doesn’t offer the kind of cinematic smoothness we’ve become used to from iPhones (and – to an extent – the Hero 5 Black). Watch the video below and you’ll see a comparison with the Hero 4 Black.

Both cameras are set to 1080p60, yet there’s no noticeable improvement in stability with the SJ7 Star. Of course, the option is greyed out at 4K.

The default microphone level of 80 percent is too high: you can hear the difference in the video as it switches between the SJ7 Star and Hero 4. The SJCAM’s microphone also seems very sensitive to bass and a passing car’s exhaust can drown out people’s voices all too easily.

That said, audio quality is very good and a massive improvement over many of SJCAM’s previous action cams.

4K video looks excellent, but remember you’ll need a 4K TV or PC monitor to see all the detail. It’s as good as the GoPro’s, again with superb colours and sharpness. 4K is recorded at 60Mb/s, which means it’s not overly compressed.

Dynamic range is good and, overall, it holds up well against GoPro’s best.