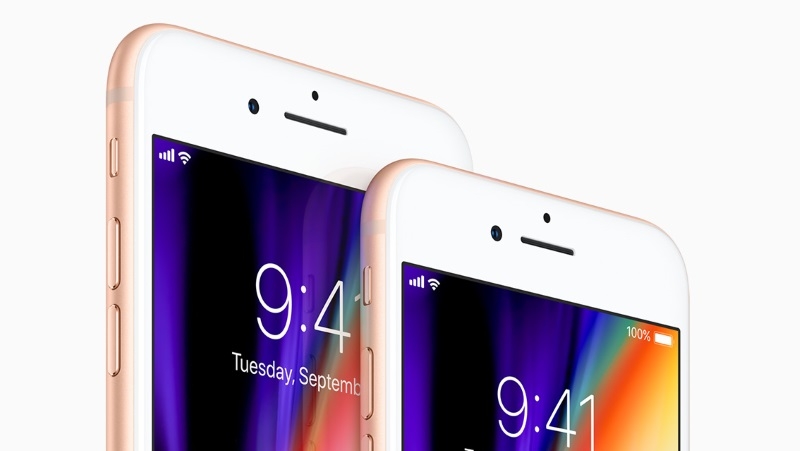 This one really does come down to a personal decision over whether you want a small or large phone. If you can stretch to the extra £100 the iPhone 8 Plus is technically the better of the two, with a larger, higher-resolution screen, dual-cameras and longer battery life. But if you’d rather a more compact device then the iPhone 8 also offers better value.

On 12 September Apple announced an update to its iPhone line in the form of the iPhone 8 and iPhone 8 Plus, and both phones are now officially on sale. We explain the differences between the two so you can decide which is best for you.

We’ll explain this in more detail below, but the key differences between iPhone 8 and iPhone 8 Plus can be summarised as follows:

Both iPhone 8 models are available to buy from Apple and major mobile operators – see our guide to iPhone 8 deals to find the best price today on either model.

So whichever way you look at it the iPhone 8 Plus costs £100 more than the iPhone 8. Now let’s see what you get for that additional expense.

The iPhone 8 Plus is bigger than the iPhone 8 which allows for a larger display. The iPhone 8 has a 4.7in screen (measured across the diagonal), while the Plus is 5.5in.

In truth it’s unlikely you’ll be able to see a clear difference between the clarity of these displays, but there is a difference.

This extra lens will enable you to mess around with the focus on your photos, perhaps blurring the background in a portrait – an effect known as ‘bokeh’ that is becoming increasingly popular with consumers.

Only the iPhone 8 Plus has the new Portrait Lighting feature, an in-beta shooting mode that lets you create dramatic lighting effects.

Given the larger screen size the fact the iPhone 8 Plus is larger and heavier than the iPhone 8 will come as no surprise.

Though it’s only a fraction thicker, the iPhone 8 Plus is a good centimetre wider and two centimetres taller. It also weighs an additional 54g.

Apple has not confirmed the battery capacities for its iPhone 8 and iPhone 8 Plus, but it has said battery life will be about the same as for the iPhone 7 and 7 Plus. This leads us to believe they probably use the same batteries, which are 1960mAh and 2900mAh respectively.

The Plus therefore runs significantly longer than the iPhone 8: an extra 8 hours talk time, 20 hours audio playback or an extra hour internet use or video playback.

Despite their differences in capacity, both batteries can reach 50 percent charge in 30 minutes, and they support Qi wireless charging.