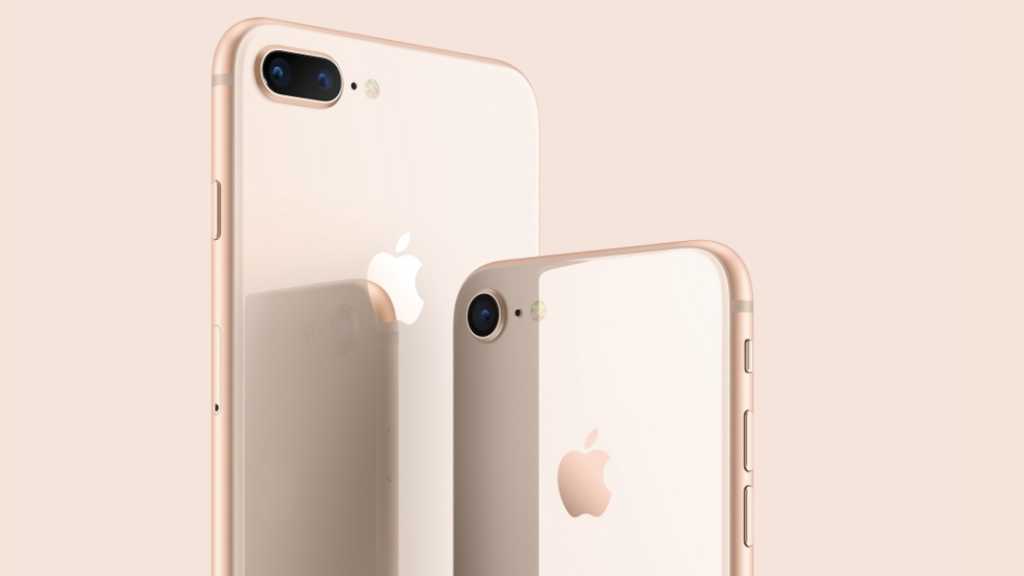 Now the iPhone 7 and 8 are the older models but still on sale, they are the most affordable smartphones still available straight from Apple. There’s a vast choice when it comes to price, storage and specs but we recommend the iPhone 8 in 64GB to get a sweet spot of those things – as well as better longevity compared to the older 7.

Apple’s line-up of phones for 2018 is entirely X-series, but you can still buy older models to save a fair chunk of money. But should you pop for the iPhone 8 or the even older and cheaper iPhone 7? We compare the two.

Now the iPhone XR and iPhone XS (and Max) have arrived, the older models have been given the usual price cut treatment.

You might think that the iPhone 8 would be the only one still on sale creating a line-up of four smartphones. However, the iPhone 7 is still available from Apple as the cheapest option.

Here’s a breakdown of the prices:

As you can see, there’s £400/$400 between the cheapest iPhone 7 with just 32GB of storage and the iPhone 8 Plus with fittingly eight times the amount of storage.

You’ll need to choose wisely factoring in the size of the phone, it’s longevity and how much storage you need. The sweet spot for us is the iPhone 8 in 64GB.

View the iPhones at Apple.

Is the design any different?

Apple says that the iPhone 8 features an ‘all-new glass design’, but in truth there are plenty of similarities to the previous model.

Size-wise the iPhone 8 and iPhone 7 are almost identical, with only a few tenths of a millimetre more found on the new version. The iPhone 8 is 10g heavier though, which breaks the classic Apple mantra of ‘slimmest, lightest iPhone ever’ that we’ve heard so many times over the years.

Most likely this increase in weight is attributable to the glass surface that now adorns the back of the device. While this looks pretty, glass isn’t exactly the most durable of substances, and will only add to the general slipperiness that plagues modern smartphones.

Seriously, when will designers and engineers take into account that people actually have to hold these very expensive bars of soap?

In this case the return to glass, as last seen on the iPhone 4S, does bring a tangible benefit for users, enabling Apple to include wireless charging on the new device. This is a welcome addition, as is the jaw-dropping fact that it uses Qi charging, the standard favoured by most of the industry.

Other than this aesthetic choice, you’d be hard pressed to tell the difference between the iPhone 7 and the iPhone 8. The display is the same size, as are the now rather dated-looking bezels, all the buttons are in the same place, the curved edges are as elegant and precise as ever, and you still can’t plug in your headphones.

In terms of colours, both are available in Space Grey, Silver and Gold – although the latter looks slightly different. If you want Rose Gold then the iPhone 7 is the only option.

All models in the iPhone 7 and 8 range also feature IP67 water resistance, and as such should survive any spills or quick trips into the sink that would prove the end of a lesser device.

While the iPhone 8 might be slightly heavier and bigger than its predecessor, there was never any doubt that it was going to be faster.

Apple uses a six-core processor for the iPhone 8, which it calls the A11 Bionic. This replaces the A10 in the iPhone 7, and gives the new model various speed improvements.

Apple claims the two performance cores will yield increases of 25 percent, while the four high-efficiency cores will be a rather remarkable 75 percent faster.

The GPU in the iPhone 8 is the first one designed by Apple and is promised to deliver the same performance as the previous A10 but using half the power. Pushed harder the new GPU can eclipse the older model by 30 percent, which should be beneficial for anyone playing games on the iPhone 8.

In short, yes. The iPhone 8 is a fair bit nippier than the iPhone 7, which itself was never a slouch. In 2018, getting the newer one will give you performance longevity.

Is the display the same as on the iPhone 7?

At first glance the 4.7in screens on both devices appear to be identical, but Apple has made some subtle enhancements to the new version.

The iPhone 8 now sports a True-Tone display, as first seen on the iPad Pro 9.7. This is a clever feature that adjusts the colour temperature and intensity of the screen to match that of the ambient light in the surrounding area. This results in an optimised display that looks good in a variety of settings.

It’s not quite the leap forward that fitting an OLED panel would have brought – Apple saved that for the iPhone X – but it is a minor enhancement that gives the iPhone 8 an edge.

How do the cameras compare?

One of the most important features on any iPhone is the camera. With this in mind Apple has upped the specs on the new model with a new 12Mp sensor that it claims provides 83 percent more light, better colour saturation, a wider dynamic range, and lower noise.

These elements should definitely make images appear sharper, richer, and more balanced than on the iPhone 7. Of course, we’ll need to compare the actual results when we finish our in-depth iPhone 8 review, so keep checking back to see how Apple’s promises stand up to scrutiny.

Video has also been improved, with the iPhone 8 now able to record 4K at 60fps, and 1080p slow motion capture at 240 fps, which is double the frame rate of the iPhone 7.

Perhaps the most interesting use for the new cameras will be Augmented Reality. Apple has included new gyroscopes and accelerometers in the iPhone 8, to enable accurate motion tracking for AR games and software.

The company made a big deal of this feature at the release event, with a live demonstration of an AR game being given centre stage for several minutes. It’s early days, but if this takes off then it could be a significant step forward for how we use our iPhones in the near future.

There’s not too much difference between the iPhone 7 and 8 but now with the XS and XR models available, we don’t recommend getting the older model unless you really want the cheapest iPhone you can buy.

It’s only got 32GB of storage and the older A10 Fusion processor for starters.

With the iPhone 8 you get a newer A11 processor so the phone will last longer in terms of performance, it’s got double the storage at its cheaper price and you get the benefit of wireless charging.