We’ve only played a short demo of the Jedi Challenges but our first impressions are good. Lenovo’s Mirage AR headset is comfortable and the Lightsaber feels great. Well put the bugs down to the IFA show floor lighting. For Star Wars fans, this is likely to be a winner.

There were plenty of new headsets launched at IFA 2017 and one with a lot of attention is the result of a partnership between Lenovo and Star Wars. Here we go hands-on with the Lenono Star Wars Jedi Challenges including the Mirage AR headset.

Thanks to Force Friday II, there’s a wave of new Star Wars related products coming out ahead of The Last Jedi. These include new Sphero R2-D2 and BB-9E toys you can control with your phone and yes, the latter is a new character.

You can already pre-order the headset with an expected shipping of ‘mid-November’ according to the Lenovo store. However, Currys states that it will launch on 1 November.

Strangely the price in the UK is more than in the US at £249 compared to $199. We would have expected the prices to at least be the same figure.

This is quite expensive for a headset that requires a phone but it’s largely due to the fact it also comes with the Lightsaber controller and tracking beacon. 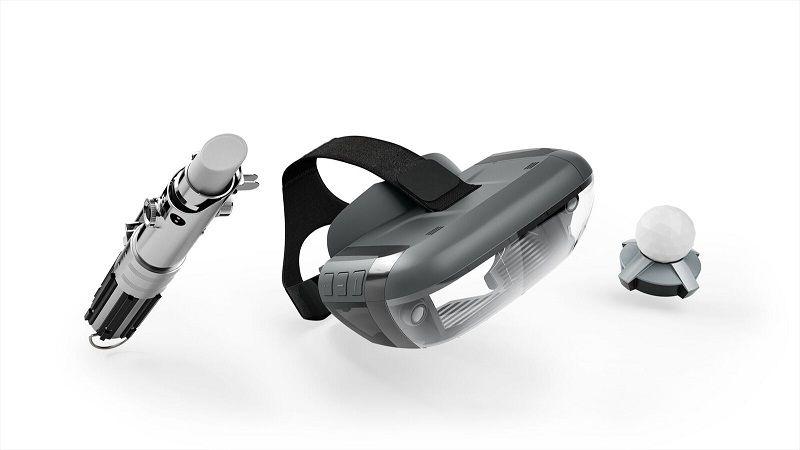 The main piece of hardware is the Mirage headset and it’s an augmented reality (AR) device rather than virtual reality (VR). So like the Microsoft HoloLens, there’s a clear window so you can still see your surroundings.

You don’t put a phone in front of your eyes otherwise this would obstruct your view so instead it sits in a compartment and connects to the headset via a cable. Once hooked up, the phone does all the work to provide the projection.

Although the Mirage headset holds a phone and also has its own battery, it’s not too heavy. At 470g, it’s around the same as the Oculus Rift.

Once we got it on over a pair of glasses, we found it comfortable and we could move around fairly vigorously (which you need to) without it moving around. We do wonder how well it will fit the smaller head of a child, though, who will no doubt go mad for this thing.

You also get a small tracking beacon which you need to track your movement in the space you’re playing. It sits on the floor and looks a bit like something from Sony’s range of Move products. 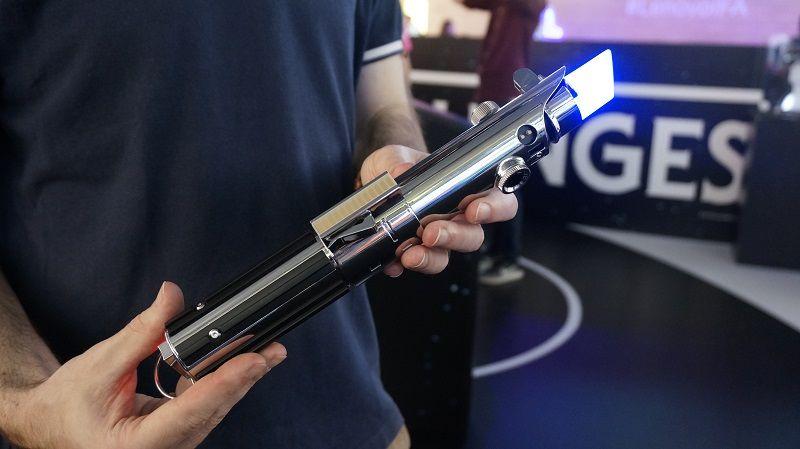 The third piece of kit is a little like a Sony Move Controller, but it’s infinitely cooler since it’s a life-size Lightsabre. It’s the one wielded by Anakin Skywalker, Luke Skywalker and Rey in the films.

It’s nicely weighted and although it seems like the battery is perhaps low so the blade is only a couple of inches long (resembling lipstick almost), you’ll see the rest in AR. It’s got two buttons and can be used as a pointer for the interface as well as a controller when you’re playing.

It’s all plastic so doesn’t exactly feel overly premium but at this price point we don’t really expect more.

As mentioned, you’ll need to slot a phone into the Mirage headset for things to work. It’s compatible with both Android and iPhone but only certain devices and here’s the list at the time of writing: 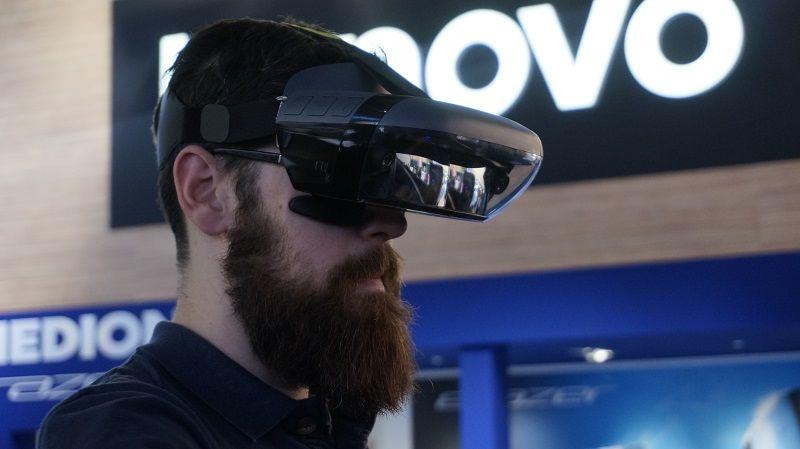 To reiterate, the AR headset means you get a virtual layer over the top of the environment you’re standing in. The headset has two fish-eye sensors and through ‘visible light-tracking’ can lock onto the Lightsaber.

It may have been the show floor environment or a calibration error but the Lightsaber was slightly off straight and by the end of the demo was fairly crooked.

We played of the Lightsaber Battles against Kylo Ren which was pretty darn fun. You need to move you’re Lightsaber to outlined positions to block attacks and attack at the right moment. You can get an idea of what it’s like in the video at the top.

It’s not the smoothest experience ever but it’s certainly not laggy which is important. The haptic feedback in the controller is good but we found it a little hard to see Kylo sometimes – perhaps this was also the lighting on the show floor making things less ideal.

Luckily this isn’t the only thing you can do in Jedi Challenges, otherwise the price wouldn’t be justified at all. 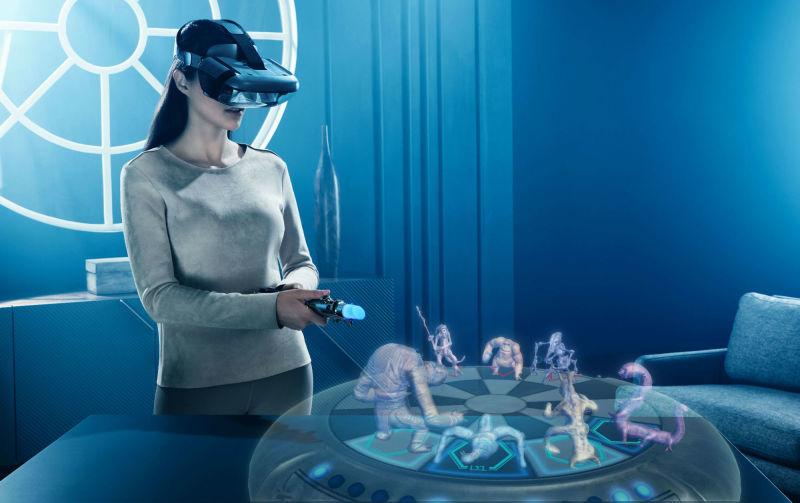 You can play Strategic Combat where you control Republic, Rebel Alliance and Resistance forces against the Separatists, Empire and First Order in battles on your floors. It sounds a little bit like Command and Conquer in AR but we weren’t able to try this mode out.

Another mode we couldn’t play is Holochess which allows you to play the game played on the Millennium Falcon in Star Wars: Episode IV – A New Hope. Guiding holographic alien pieces across the board will be a lot slower paced that Lightsaber Battles but fun nevertheless, we imagine.