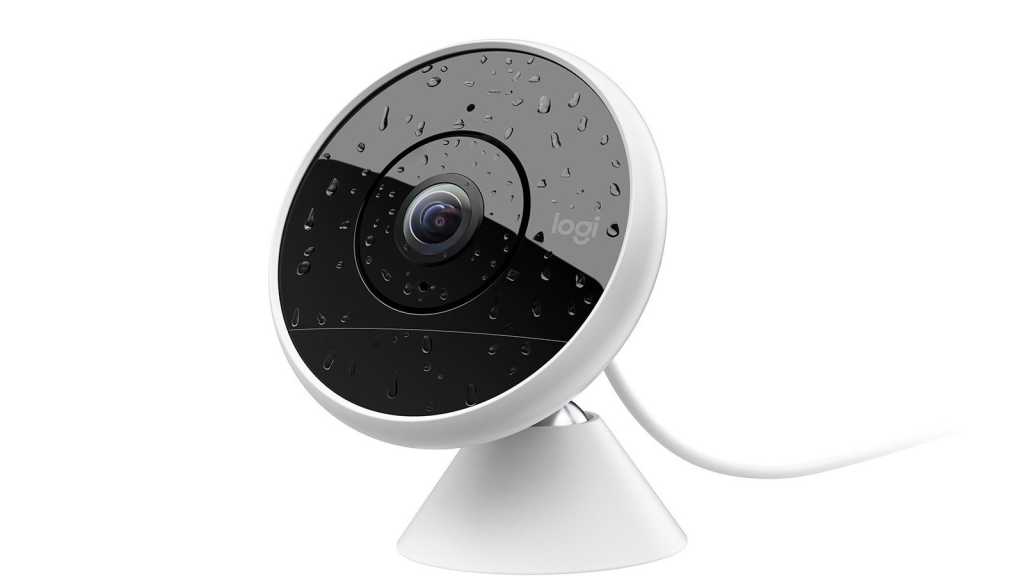 The Logi Circle 2 is a vast improvement on the original Circle, with higher resolution streaming, a wider viewing angle and a range of accessories that extend the functionality of the smart camera. It’s small, robust, and the Logi Circle app is well-built with a range of features and options for the camera. It is a little pricey, though, and it’s worth bearing in mind that some features (person detection, dedicated motion zones) are locked to the £7.99 per month Circle Safe Premium subscription.

We’ve spent some time with the Logi Circle 2, and here’s what we think.

The Logi Circle 2 is available to buy in the UK, both from Logi itself and retailers like Amazon and John Lewis. There’s two variants available with varying price-tags: the wired Logi Circle 2 costs £169.99, while the wire-free variant is slightly more expensive at £199.99.

For the purpose of full disclosure, we’ve taken a look at the wired variant. It’s lighter and smaller than the wire-free Circle 2, measuring in at 86 x 71 x 67mm, and weighs only 207g. It’s a completely different design to the first-generation Circle, which was shaped like a small ball. The circular theme is still present in the new Circle 2, but it’s much flatter and sleeker.

The Logi Circle 2 is small, portable and fairly non-descript, meaning it should blend into the average home environment with ease. You can even turn off the LED status ring that appears on the camera to help you forget that there’s a camera in the room.

The camera is connected to a swivel hinge, allowing you to easily find the best view and angle possible for your setup. The base is weighty enough to leave the Circle 2 standing on a shelf without fear of it being knocked over, and there’s also fixtures provided for those that want to secure the camera on walls.

Another great feature of the Circle 2? It’s completely weatherproof, meaning that both the wired- and wire-free variants of the smart camera can be used both indoors and outdoors. The 3m cable provided with the wired Circle 2 is weatherproof, but if it’s not long enough, there’s a longer version available from the Logi website.

Along with deciding between the wired- and wire-free variant of the Logi Circle, there’s a handful of optional accessories that offer new functionality. There’s a window mount for recording outside without any glare or window reflections, and a plug mount for use in any standard plug socket. The Logi Circle 2 can be used for just about anything, and these optional accessories help to get what you want.

Now, let’s delve a little deeper and talk a little more about what the Logi Circle 2 can do. The Logi Circle 2 features Full HD (1080p) streaming and video recording, up from 720p on the first-generation camera. It’s a huge improvement not only in terms of overall video quality, but also makes the digital zoom much clearer.

The 1080p camera features an impressive 180-degree wide-angle lens, allowing you to monitor a larger area than many competitors. It’s clear with very little distortion at the edges, and can help remove any blind spots you might have in your home.

And, of course, the Logi Circle 2 wouldn’t be complete without night vision. It’s present, and while it might have a shorter range than competitors at 15ft, we’ve found the quality of the night vision to be fairly impressive. It’s more than enough for monitoring rooms in the home, although it might fall over a bit of you want it to monitor a large garden.

It’s also worth noting that as with many other cameras, subjects close to the camera during NV mode will appear ‘blown out’ thanks to the bright infrared light used.

The camera is accessible via apps for iOS, Android and Android TV, and is also available via browser on PC and Mac. You don’t need to be on the same Wi-Fi network to access the footage either, thanks to the cloud storage support offered by the Circle 2.

It’s in the app that you’ll be able to set up the Logi Circle 2’s motion detection feature. Now, the feature varies depending on which level of Circle Safe, Logi’s cloud service, you pay for. For those with Circle Safe Free and Basic, you’ll get motion detection notifications on your smartphone, along with a clip of the motion available for playback.

But if you fork out for Circle Safe Premium, you get a few extras. First off, you’ll get person detection, allowing you to only be notified when it spots a person rather than movement caused by pets or curtains blowing in the wind. You can also set up specific motion zones via the Circle web app, again minimising the number of false alarms provided by the motion detection feature.

It’s a little pricey though: alongside Circle Free which offers 24 hours of cloud storage, Basic costs £2.99 per month per camera with 14 days of storage, while Circle Premium costs £7.99 per month with 31-day storage, person detection and motion zones.

We’re not so sure that the features should be limited to those who pay for the premium subscription, especially as you’ve already paid out £160-200 for the camera. We understand charging more for extra storage, but don’t make people pay more for features that should be present by default in a camera in this price range.

It also has two-way audio, present on many if not all smart security cameras. It’s a handy feature, allowing you to communicate with whoever is in the room with the camera, even when you’re not home. It also offers integration with smart home tech like the Logitech POP and Amazon Echo, and Logi also claims that it’ll be compatible with Apple’s Home app ‘soon’.

Smartphone apps for smart security cameras can make or break the overall experience: even if the hardware is top-quality, a poorly designed app will frustrate users. Thankfully, the Logi Circle app is incredibly well designed, clean and easy to use with a range of features and options.

Available options include the ability to turn off the LED on the camera, change the sensitivity of the motion detection, change the resolution of the camera and toggle Privacy Mode. Privacy Mode allows the Circle 2 to stream, but doesn’t record any footage or trigger any alerts. There’s a bunch of other options that allow you to customise your Circle 2 – too many to list here.

The main feature of the app is of course the ability to view a livestream direct from your camera – and it’s here that the difference between 720p and 1080p streaming becomes apparent. The quality of the camera is impressive; images are crisp, clear and bright, and it doesn’t rapidly lose quality when using the built-in pinch-to-zoom feature.

Alongside the live stream, you’ll find a range of green and blue icons – these represent ‘events’ captured by the Circle 2 throughout the day. Easily swipe between the events to view them in-app, allowing you to easily view any captured video wherever you are.

Below the green and blue event icons, you’ll find the Day Brief feature. It’s a feature unique to the Logi Circle series, and provides you with a 30-second time-lapse of the day’s events. It’s great for social events like parties, as you get to see a cool overview of the day, but it’s not really that interesting when all it’s comprised of is clips of you wandering around your front room in your dressing gown.

Motion alerts can become annoying, especially if you get motion alerts while you’re at home (and it’s usually you triggering it!). Logi understands this, and offers Smart Alerts with the Circle 2, set up via the iOS and Android apps.

Smart Alerts, rather obviously, use information like your smartphone’s current location to detect whether you’re at home or not. If you’re at home and motion is detected, you won’t be notified.

But if you’re away from home and something moves, you’ll get a notification straight to your phone. It’s security camera notifications done right, and is a plus for the Logi Circle 2.