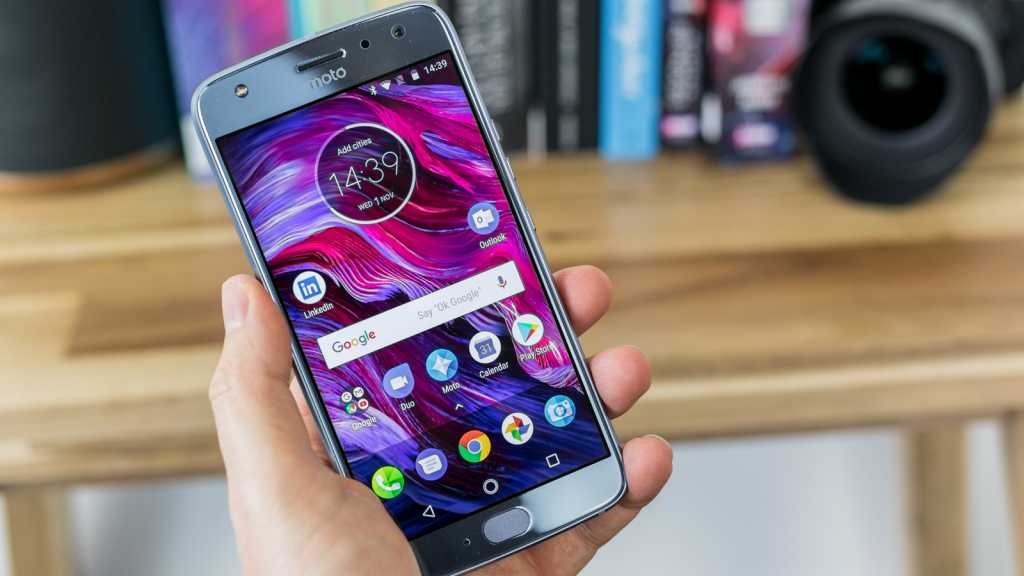 We’re pleased to see that Motorola has revived the Moto X. For the most part, we like the new glass design and the specs and features are good for the £350 price – it looks like a more expensive phone. Waterproofing and the dual-lens camera sets this apart from rivals, and we like the 5.2in screen size for comfort and practicality. It’s slower than the Honor 9, and has half the storage as standard, but if you’d prefer the water-resistance over the extra speed, the Moto X4 is a great choice for anyone that can’t afford the hefty price tags of the current flagships.

Motorola’s mid-range X series of smartphones is back with the new Moto X4, which follows 2015’s Moto X Play, X Style and X Force line-up. This time, Motorola has opted to go back to just the one model to keep things simpler, and it’s certainly a compelling offering with plenty of interesting and impressive features. But it has stiff competition from Honor and OnePlus.

Starting at £349, the Moto X4 firmly sits within the mid-range category, designed for budgets that can stretch beyond the likes of the popular Moto G series, but can’t quite reach the high prices of the flagship Moto Z series. You can buy one from  Motorola’s own website, or from Carphone Warehouse.

For those in the US, the phone costs $399.99 and you can buy it directly from Motorola’s online store. 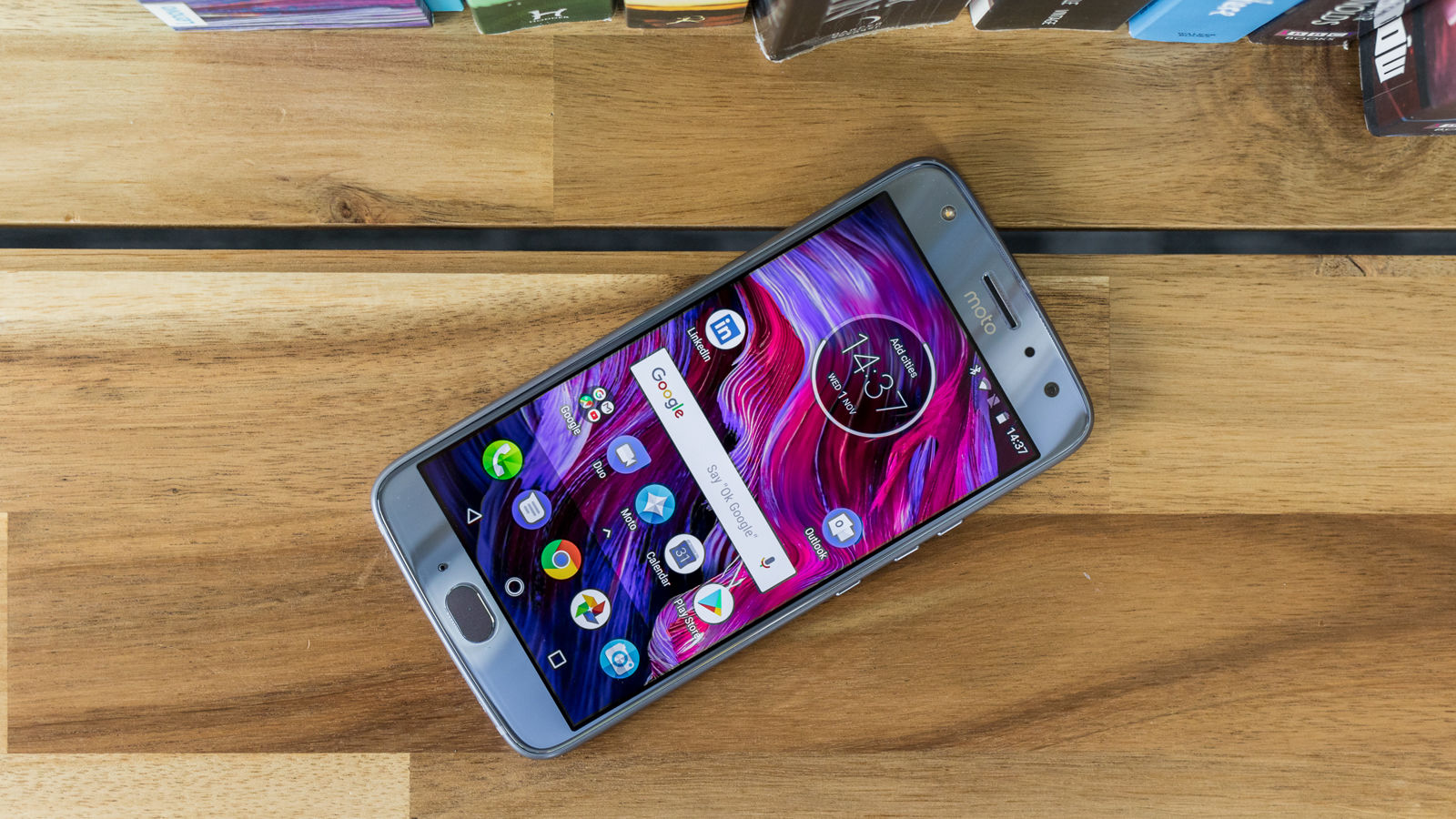 In a bit of a departure from the rest of its phones, Motorola has gone for glass on the front and back (like many of 2017’s phones) mated to an anodised aluminium frame. This results in a premium-look and feel that’s lovely at first glance but little too shiny and smudge-prone. It’s available in Sterling Blue or Super Black.

The back is described as a 3D contour, which essentially means that it’s slightly curved to feel comfortable in the hand. That’s aided by its 5.2in screen, which keeps the X4 at a manageable size that’s easy to use single-handedly.

The X4 is 7.99mm thick for the most part, aside from the 9.45mm circular portion that houses the camera. It weighs 163g. While those measurements aren’t particularly outstanding, they’re good for a phone of this price.

From a distance the camera bump does look a little like a snout – it’s a good job there isn’t a pink option. 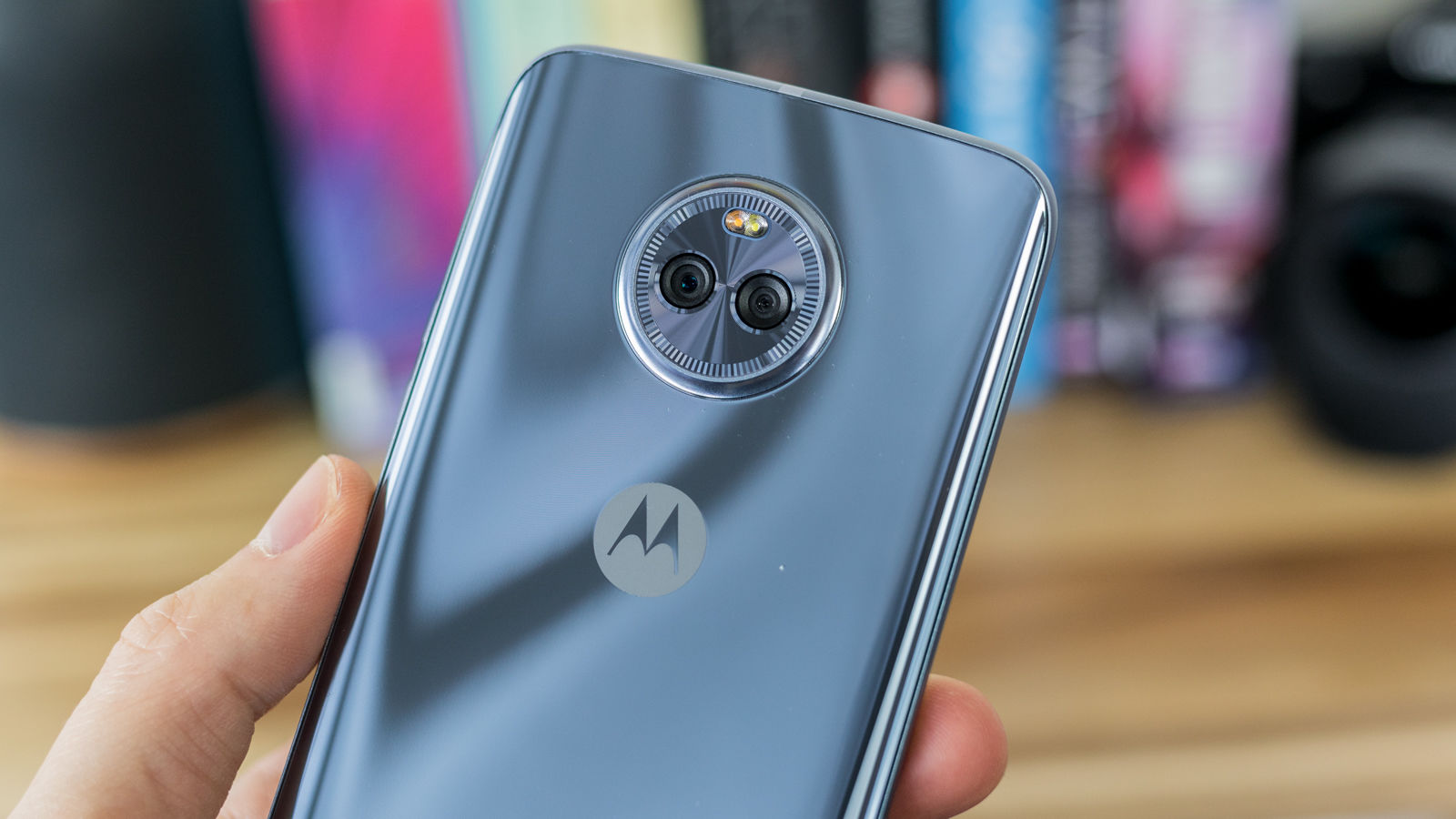 Impressively, the X4 has an IP68 water resistance rating, which we tested by dropping the phone into a shallow pool of water and can confirm that it still worked perfectly when we took it back out. That’s actually better than the flagship Z2, which is simply described as “splashproof”, and the Honor 9, which isn’t waterproof.

Like the Honor 9 you’ll find a standard headphone jack alongside a USB-C port on the bottom edge, but the Moto X4 has just one speaker which doubles as the ear piece for phone calls. It’s fairly loud, and pretty much on a par with the Honor’s single bottom-firing speaker. 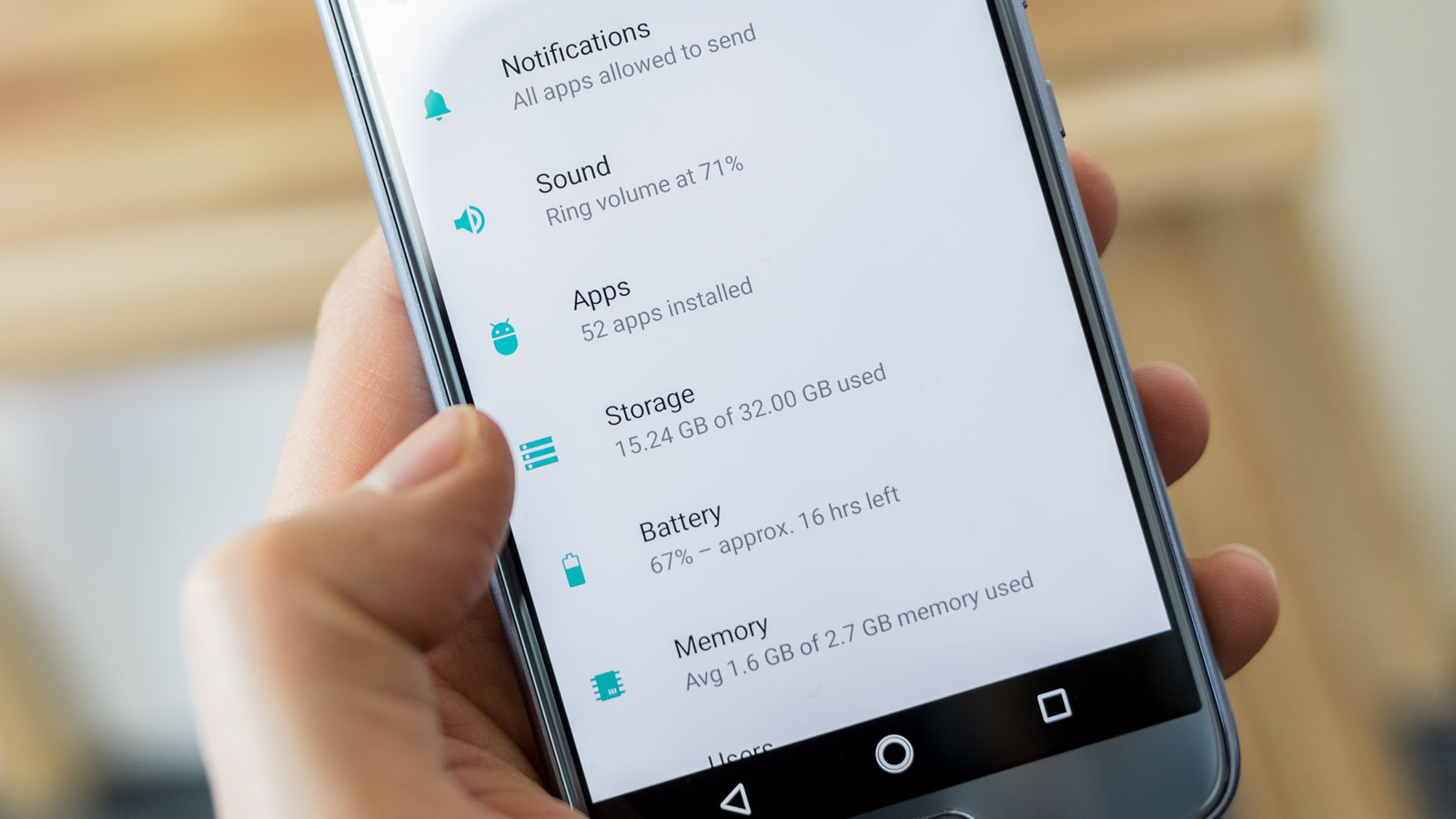 The X4’s 5.2in screen is Full HD, which means a resolution of 1920×1080 pixels. During our testing, we found the screen to be bright, colourful and crisp. It’s doesn’t live up to the standards of flagships from the likes of Samsung and LG, and its bezels prevent it from being as immersive as an edge-to-edge would, but for the price it’s very good.

In fact, the colours are so bold in vivid mode that you’d be forgiven for thinking it was an OLED panel. In fact, it’s a top-tier LCD screen with great viewing angles.

Inside the X4 is arguably its biggest weakness: Qualcomm’s mid-range processor, the Snapdragon 630, paired with 3GB RAM.

In itself, that’s a fine combo for a mid-range phone. The problem comes from the competition, namely the Honor 9 which is a lot faster for only £30 more.

You can see the difference in the graphs below. But in the real world, with real use, the phone is suitably speedy, launching and running apps without a problem and allowing us to switch between them without delay.

The worry is that although adequate for now, you’ll probably hanker after the Honor 9’s extra performance in a year or two’s time when the X4 could well feel slower than it does when you get it out of the box.

Storage-wise you get 32GB storage built-in, but there’s support for a microSD card up to 2TB. This fits into the tray above the nano SIM card which can be ejected from the top of the phone.

One of the Moto X4’s key features is its dual camera. Like the LG G6 and Asus ZenFone 4 it has standard and wide-angle lenses rather than telephoto.

And like the ZenFone, it has 12Mp and 8Mp sensors respectively, so your wide-angle shots aren’t going to have as much detail as photos from the main camera.

However, unlike the Asus and LG, the X4 supports depth effect so you can get nice blurry backgrounds for your portrait photos. And there’s a handy slider at the bottom so you can adjust how much blur you want.

Dual Autofocus Pixel technology means focusing is quick, and auto HDR is enabled by default. There’s a very slight delay after taking some photos for processing, but in most situations there’s no perceptible lag.

In good light, the main 12Mp camera takes great photos which look nice and sharp. They’re a tad oversharpened, but we’d rather this than be too soft. Colours aren’t always the best: they tend to be a little dark and drab but this is all easily sorted in Snapseed or your favourite Android photo editor.

Here’s the difference between standard and wide-angle views: 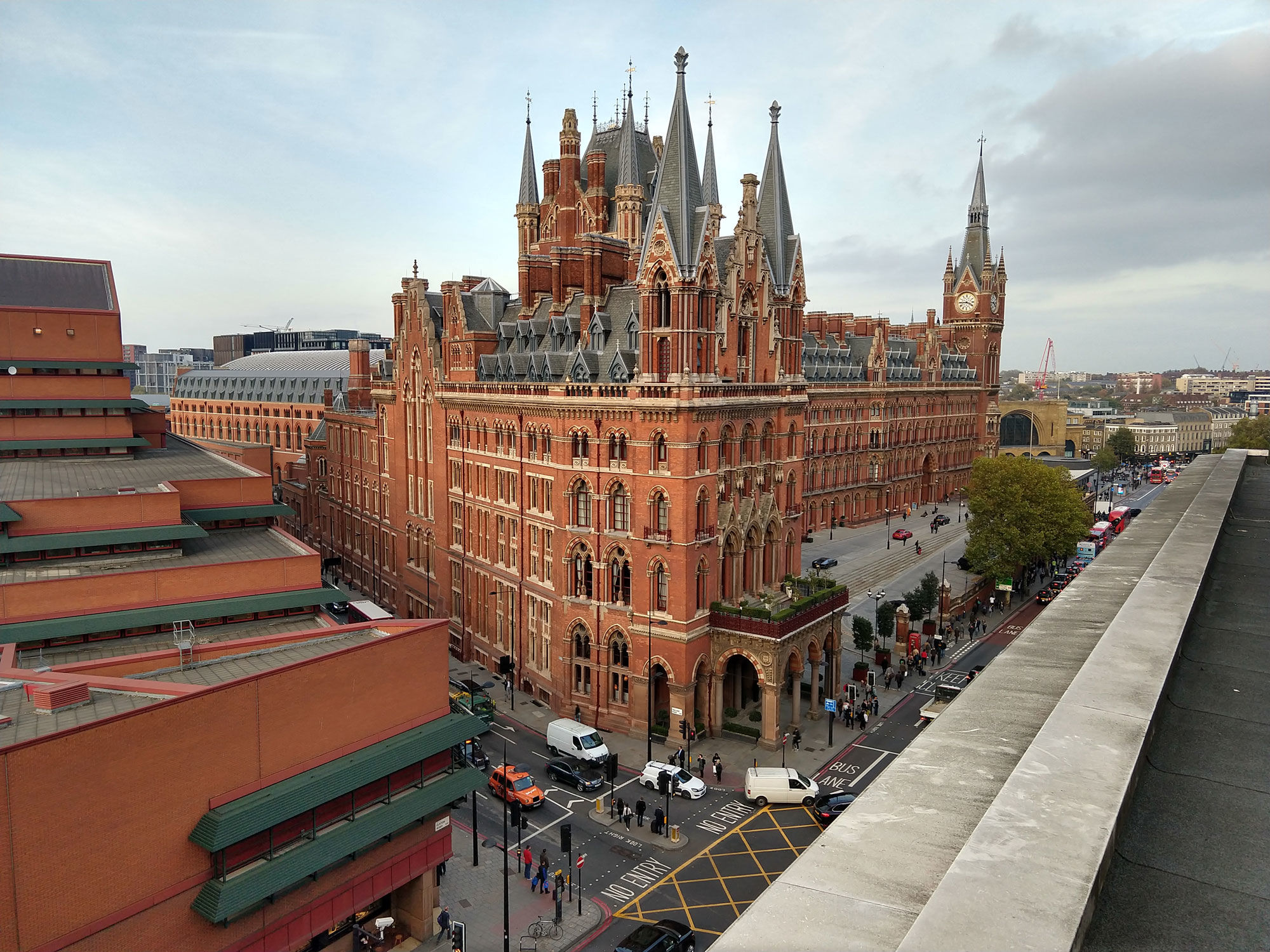 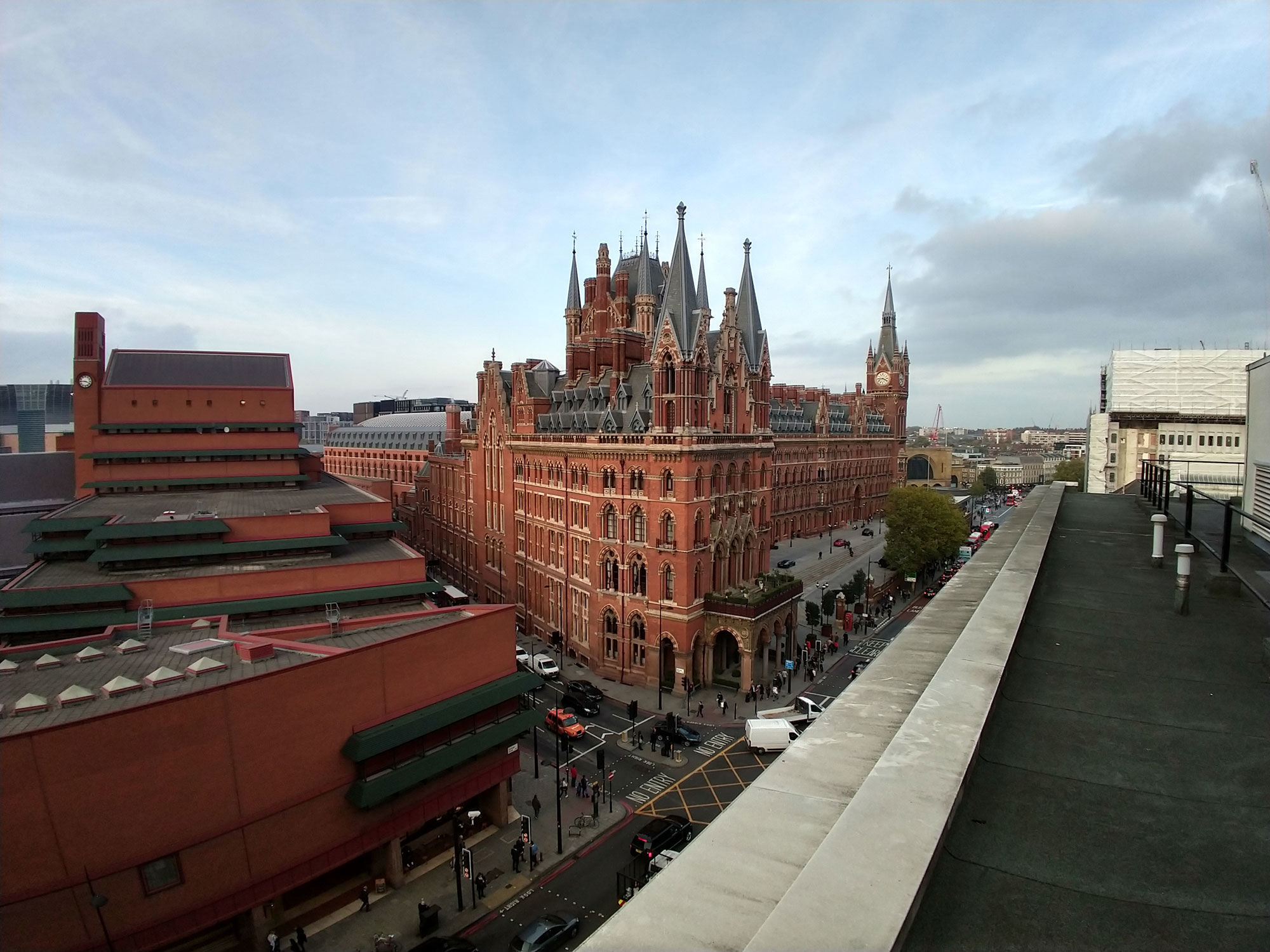 There is noticeable distortion when using the wide-angle camera as you can see in this shot: 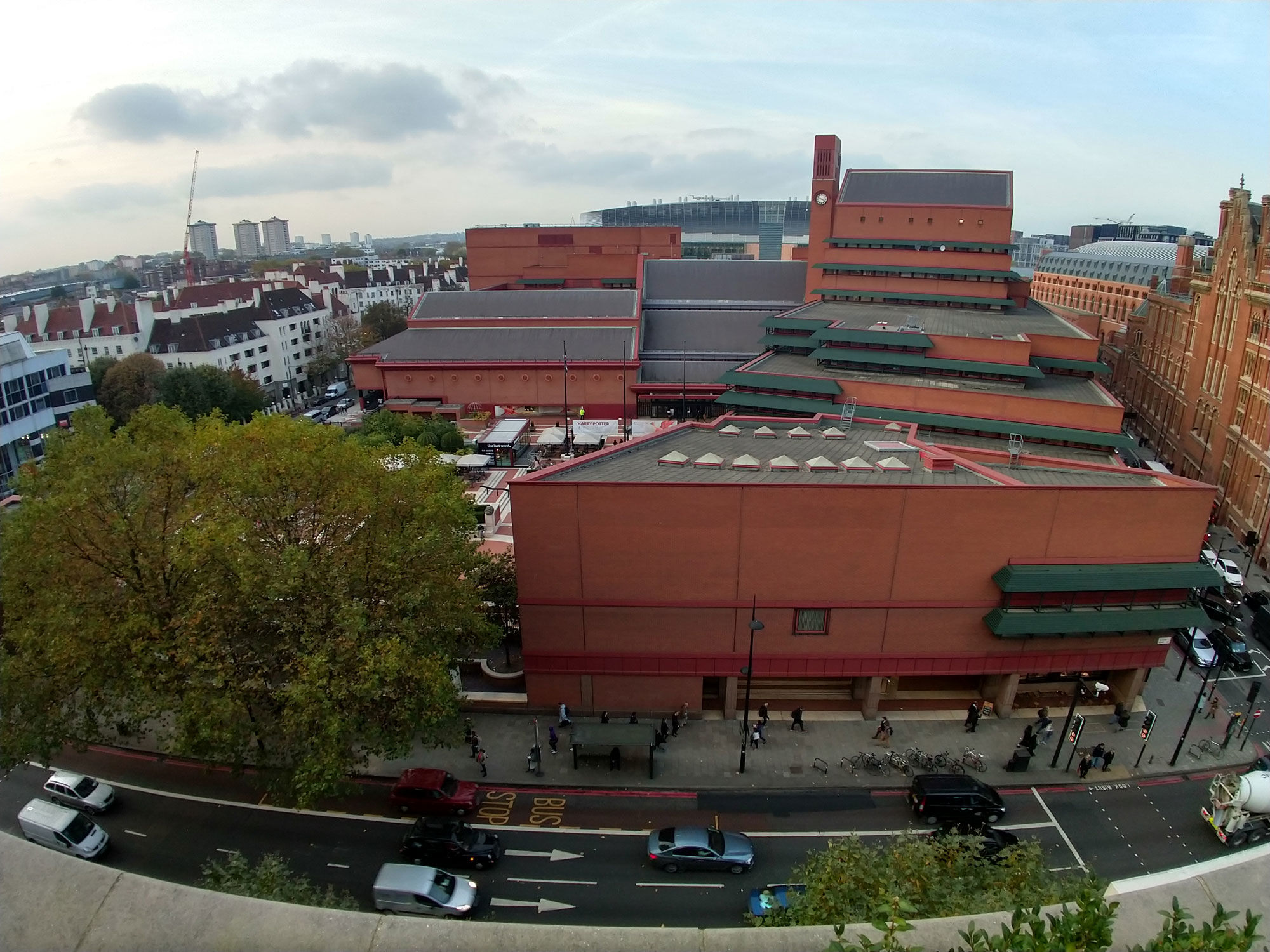 With enough natural light, it’s perfectly possible to get lovely, sharp shots like this (this was taken with the standard auto mode, not depth effect): 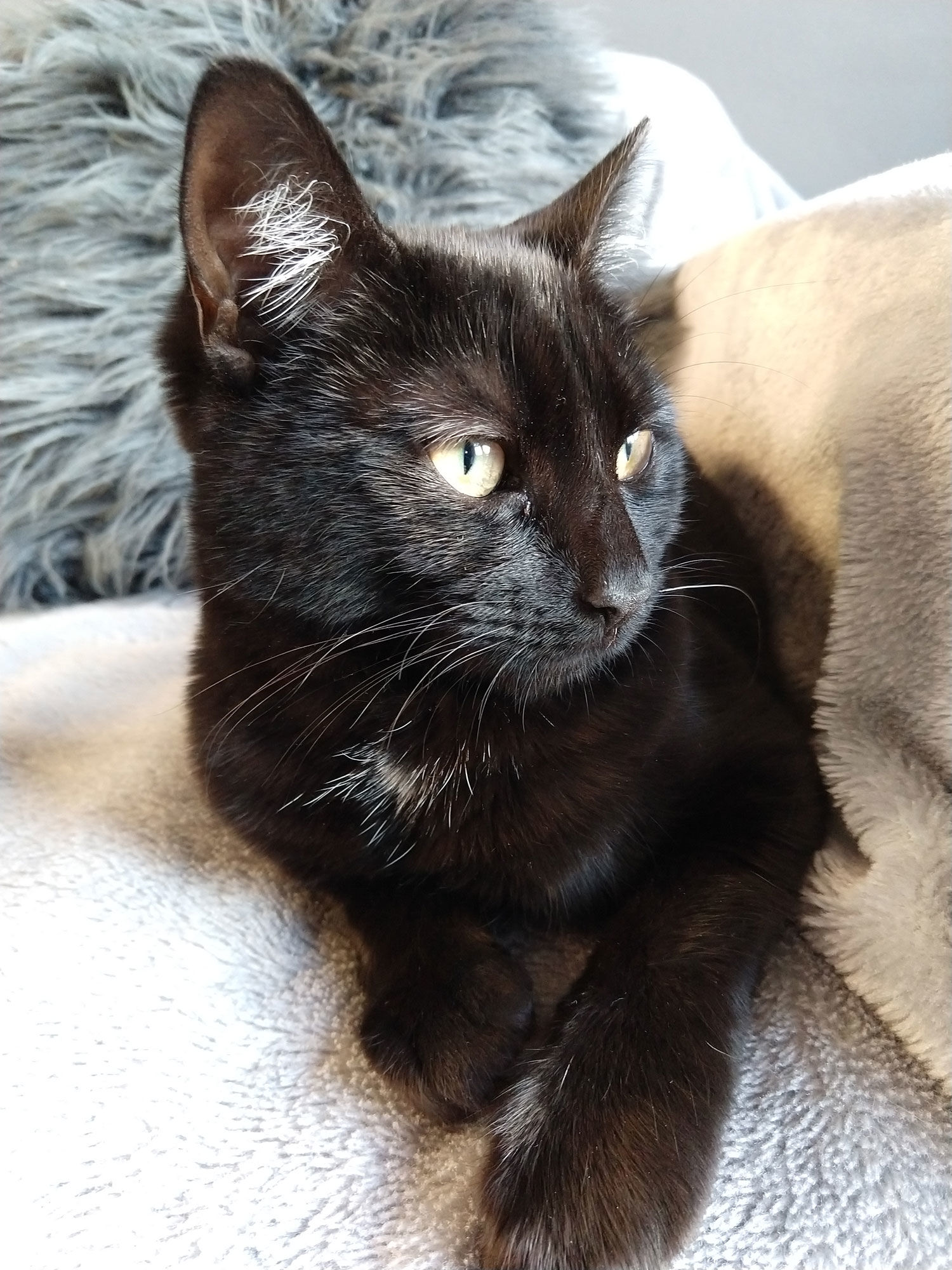 In dim light, there’s a bit of noise, but colours and detail are still good: 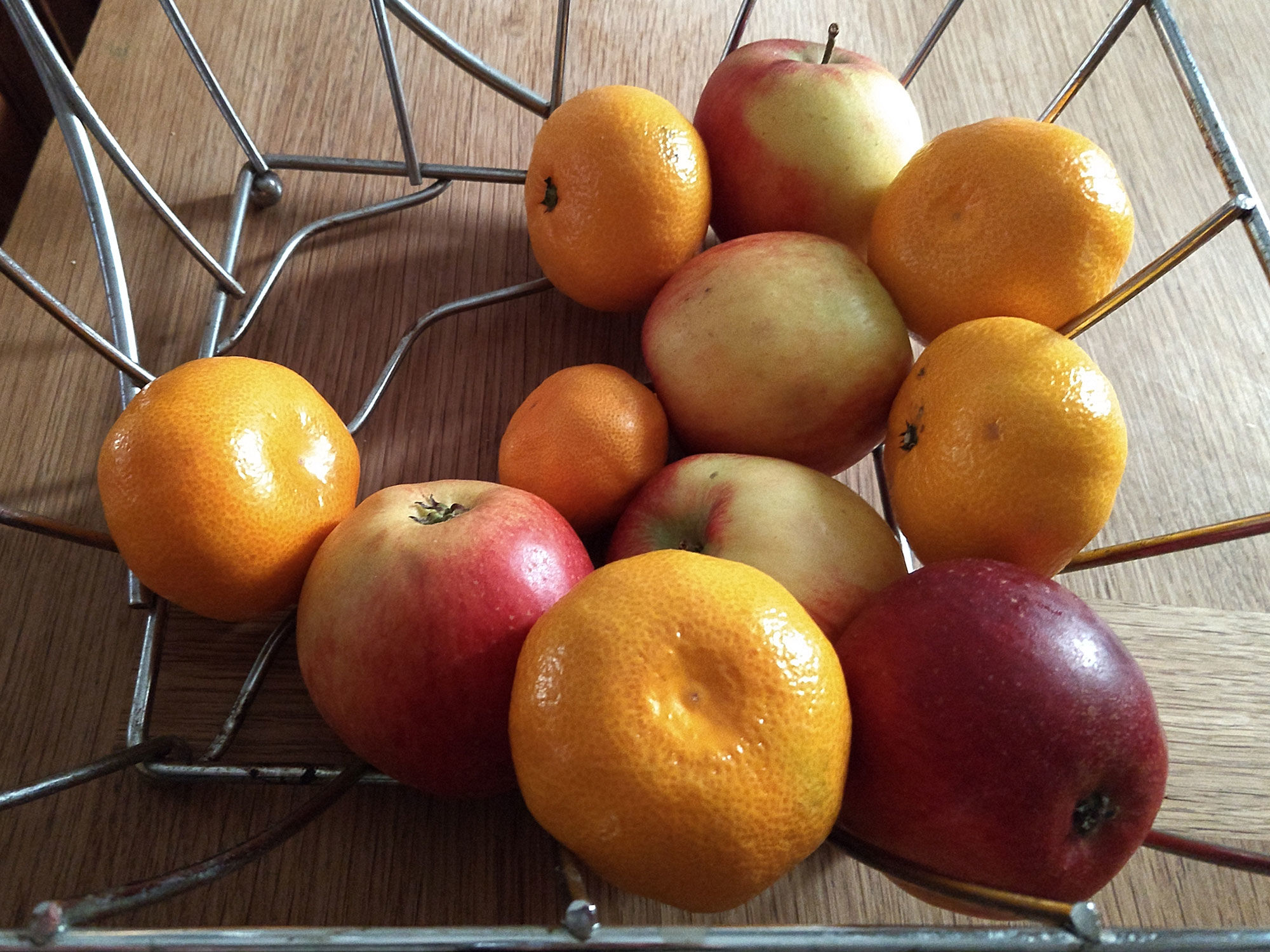 However, in very low light, the X4 simply can’t cope and managed this dismal attempt of our standard low-light scene: 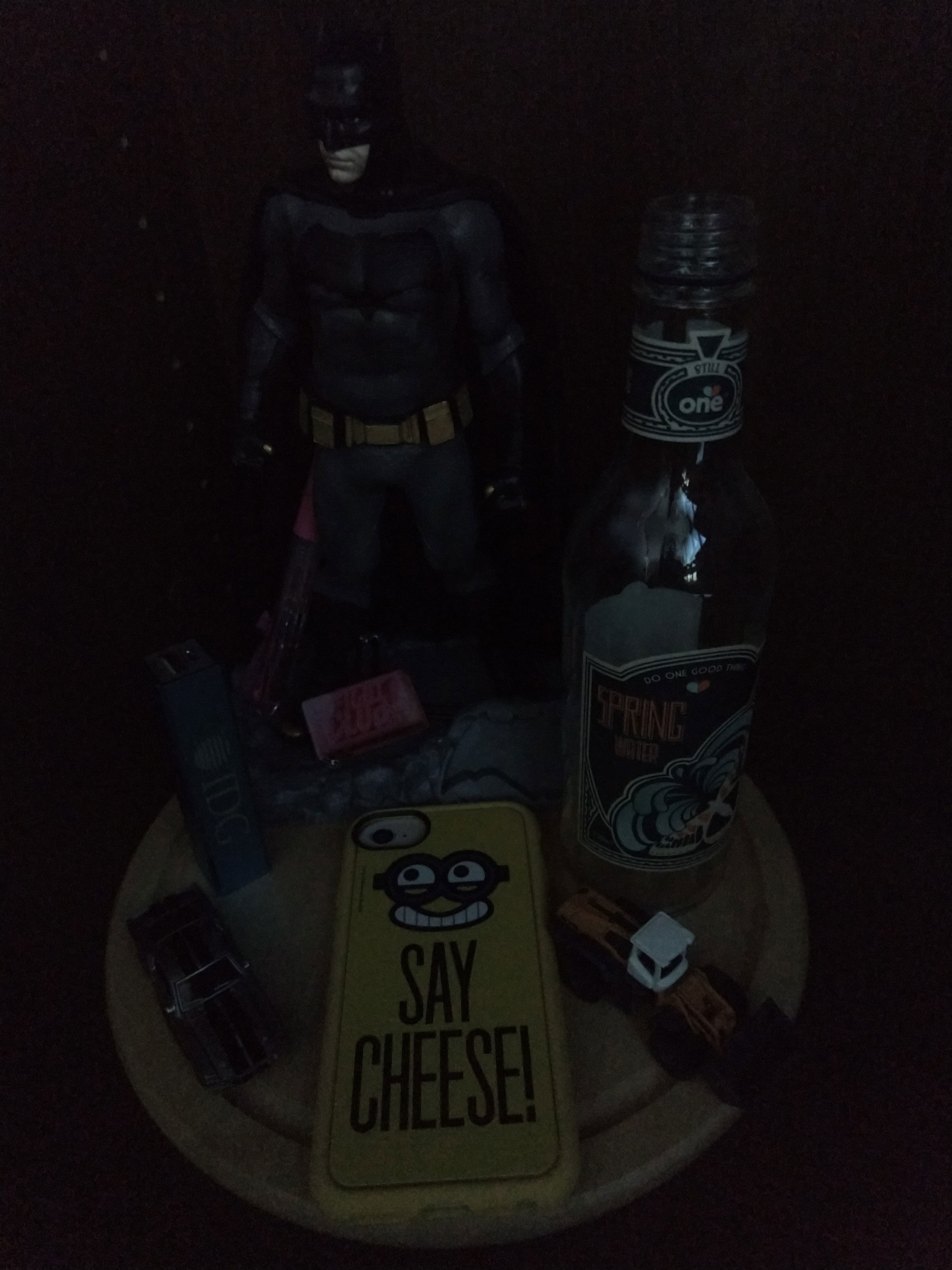 Around the front is a 16Mp front-facing camera for selfies which offers an adaptive low light mode as well as a Panoramic Selfie feature to capture bigger groups or the environment behind you.

In terms of video, it can shoot 4K up to 30fps, and 1080p at 60fps. Unfortunately, like even certain flagship phone (such as the Mate 10 Pro) stabilisation is only possible at 1080p30 or lower. That’s frustrating as the stabilisation is pretty good.

But as it’s done in software, it seems there’s not enough processing grunt to work at higher frame rates or resolutions. 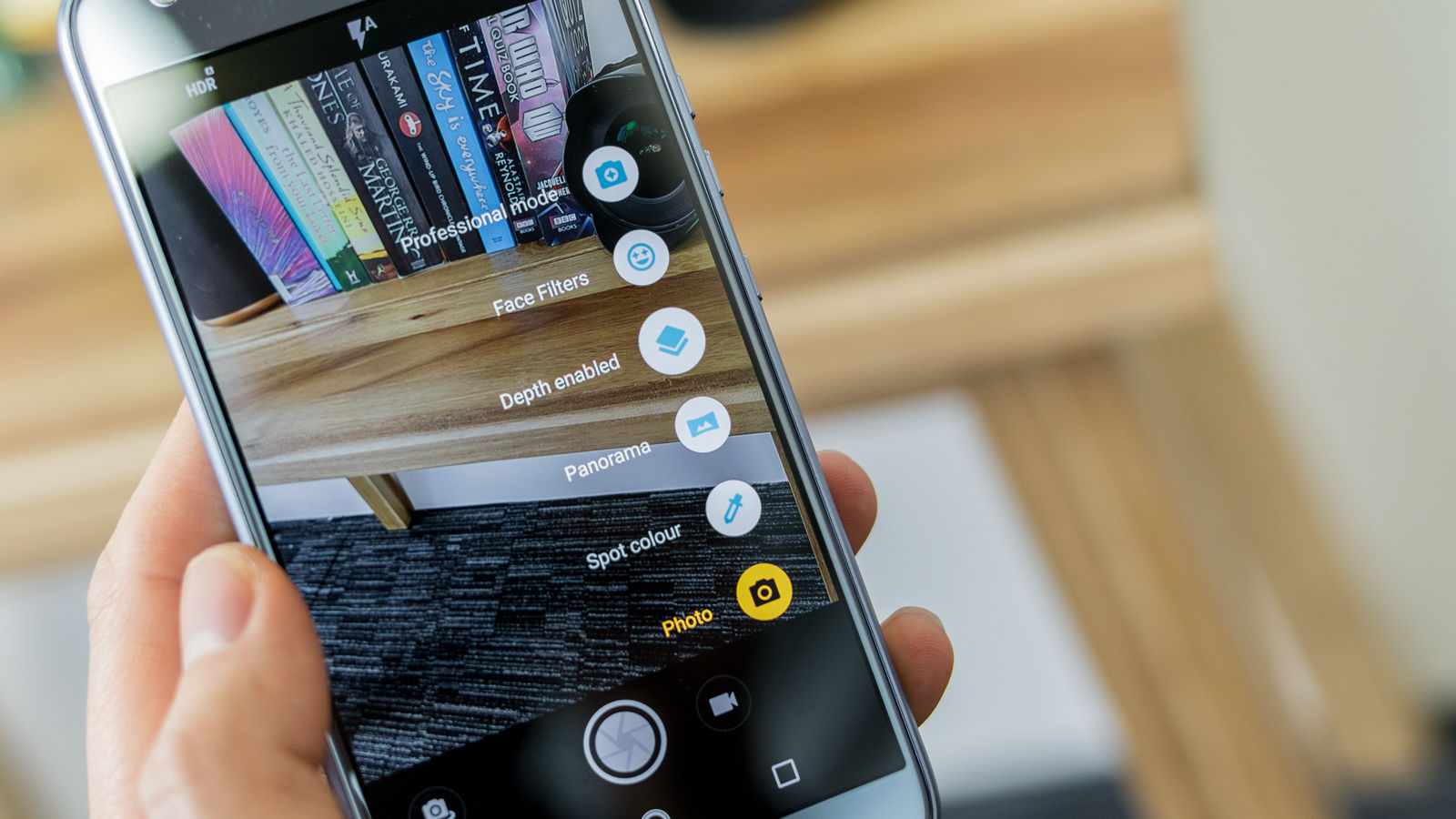 The camera app also includes a 3D Detector, which scans an object in front of the camera, attempts to identify it and then give you relevant information. We tried it on an iPhone X and it successfully recognised it and brought up Apple’s web page for the phone.

You’ll also find an AR feature for both the rear camera and selfies. It allows you to add animations to photos and videos, like Snapchat, but this isn’t going to appeal to everyone.

The 3000mAh battery is a non-removable and Motorola says it’s capable of providing power “all day.” It charges via USB-C and supports TurboPower fast charging with the bundled adapter, which means six hours of power is achievable with just 15 minutes of charging time.

And it certainly does last all day, even with pretty heavy use. Obviously, if you play games for hours on end you’ll need that charger before the day is out, but with mixed use you can usually make it through to the following morning.

The Moto X4 runs Android 7.1 Nougat (not Oreo, sadly) out of the box. As with all Moto phones, it’s almost plain Android with no annoying overlays or heavily modified menus and settings. Even the icons are the default Android ones.

And, as any Motorola owner will know, you also get Motorola’s Moto app which includes a variety of features such as Moto Display and Moto Actions. With Moto Display you can get notifications to fade in and out when the screen is off, and the ‘one-button nav’ feature lets you use taps and swipes on the fingerprint sensor instead of the on-screen nav keys.

There’s the usual ‘karate chop’ to turn on the torch and double-twist to launch the camera. Moto Key means you can access password-secured websites using your fingerprint rather than having to type your password every time.

Built into the US version of the Moto X4 is Amazon’s Alexa voice assistant, which is a first for Motorola and it can be used hands-free. Google Assistant is still available, so you’ll be able to take your pick. As of yet, there’s no support for Alexa in the UK model.