We’re both surprised and pleased by the Sony S50G, apart from the name. It’s nice to see a new alternative to the Google Home with some additional features like NFC and Bluetooth. The splashproof design looks great, too. We’re just not sure about the flaky motion controls. We’ll review it fully when we can to see if it’s worth the price tag.

Sony surprised many by announcing a new smart speaker at IFA 2017. It comes powered by the Google Assistant and we’ve taken a look so here’s our Sony LF-S50G review.

Smart speakers are all the rage right now following the lead of the Amazon Echo. They are essentially a music speaker with a microphone built in so you can talk to it, getting answers to questions or performing tasks.

Everyone is trying to get a slice of the pie and Samsung is even rumoured to be working on its own using its  Bixby digital assistant. However, that was a no show in Berlin.

We’re really not sure why Sony has called it by the model number rather than coming up with a nice name. It is referring to it in short as the S50G which still isn’t great.

You’ll have to wait until November to get your hands on the S50G.

The S50G price is £200, but Sony said it will vary by retailer so hopefully it will be available for a bit less. It’s still a lot cheaper than the  Apple HomePod, though. 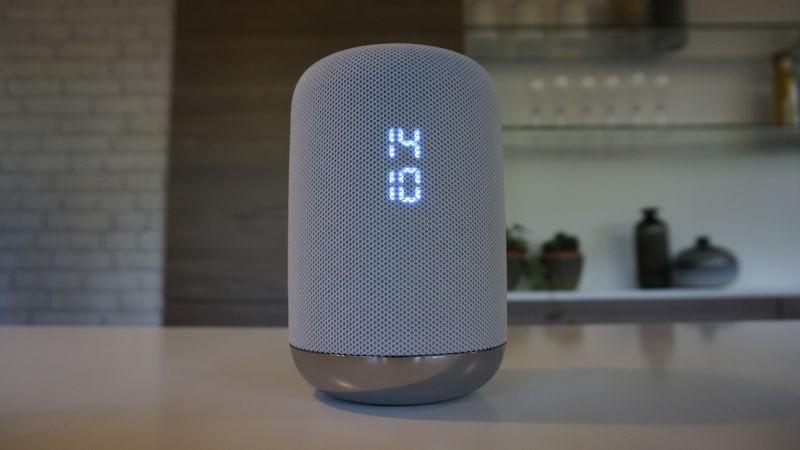 In design, the S50G is quite striking and it certainly looks more expensive than the Echo or Home.

Much of the look and feel is similar to that of many Bluetooth speakers we’ve seen over the years. It’s a tall cylinder covered in fabric with a metal base and plastic top.

It’s not too big, or too small, so will fit nicely pretty much wherever you choose to put it and will be available in different colours. We saw a few on display but the UK information just says black or white.

A handy advantage of the S50G is that it’s splashproof – with an IPX3 rating – so it’s more suitable to place in the kitchen or other normally unwise places for tech.

You’ll have noticed that behind the fabric is clock display so it lends itself well to being a bedside accessory, or just a clock in addition to the other features wherever you put it. 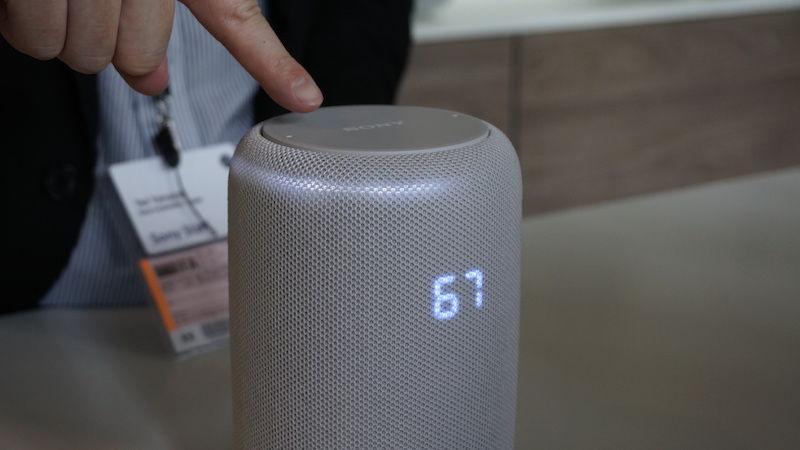 What we’re not so keen on is the motion controls. While you can just touch the top of the Google Home to do things like, you have to hover your hand or finger above the S50G instead.

This might come in handy when your hands are mucky in the kitchen but it really doesn’t work very well. Waving across the top to skip a track is easy enough but moving a finger in a circular motion to adjust volume is far from smooth. Most of the time it simply didn’t register.

As well as Wi-Fi, the S50G has Bluetooth and you can pair a smartphone with it easily using the NFC chip on the back. You can’t use this with an iPhone can it can still be paired to play music from. 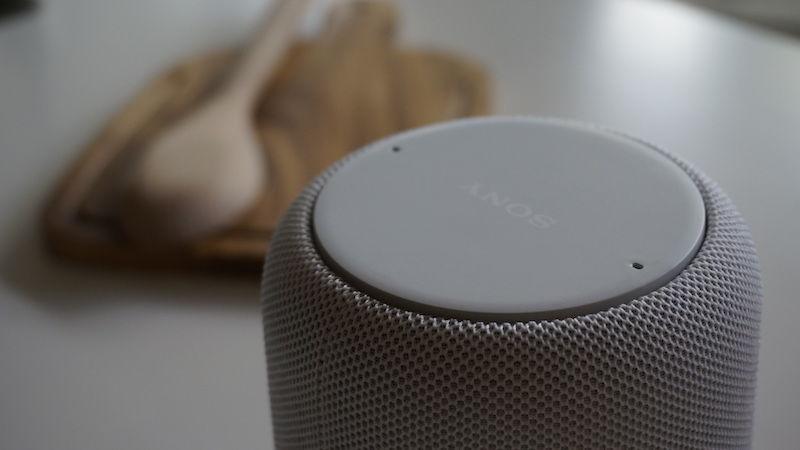 With built-in microphones and the Google Assistant you don’t need to use a phone to control the S50G. Simply say “Ok Google” and then you can do a number of things.

You can simply ask a question, almost anything, and the Google Assistant will answer it if it can. You can ask it to play music via Google Play, Spotify, TuneIN and more.

There’s a load more as well because if you have gadgets like Philips Hue lighting, Nest, Chromecast, and many others, you can control them with your voice via the S50G.

If you don’t want the microphone to be listening, then a button on the back means you can quickly switch it off. 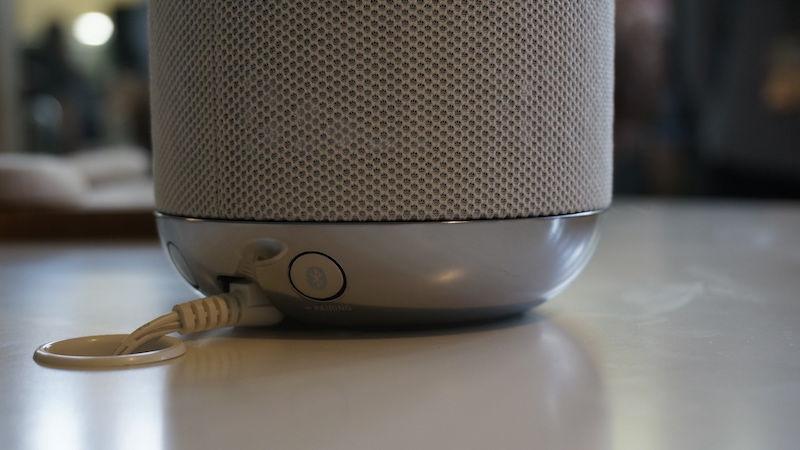 Back to the music and the S50G offers 360 degree sound so it doesn’t matter what way it’s facing. Inside is a 43mm driver combined with a 53mm subwoofer. They face upwards rather than outwards so the sound is evenly distributed.

With a higher price tag and Sony’s background in audio you’d expect the sound quality to go beyond rivals like the Google Home. It will even automatically adjust the volume based on what’s going on, although we didn’t see this in action.

It’s hard to say from a short time with it and without a side-by-side comparison but we were reasonably impressed with the S50G in this respect. It will have to compete with the Panasonic GA10 which aims to offer high-end audio along with the Google Assistant.

We look forward to testing the S50G fully when we get a review sample.