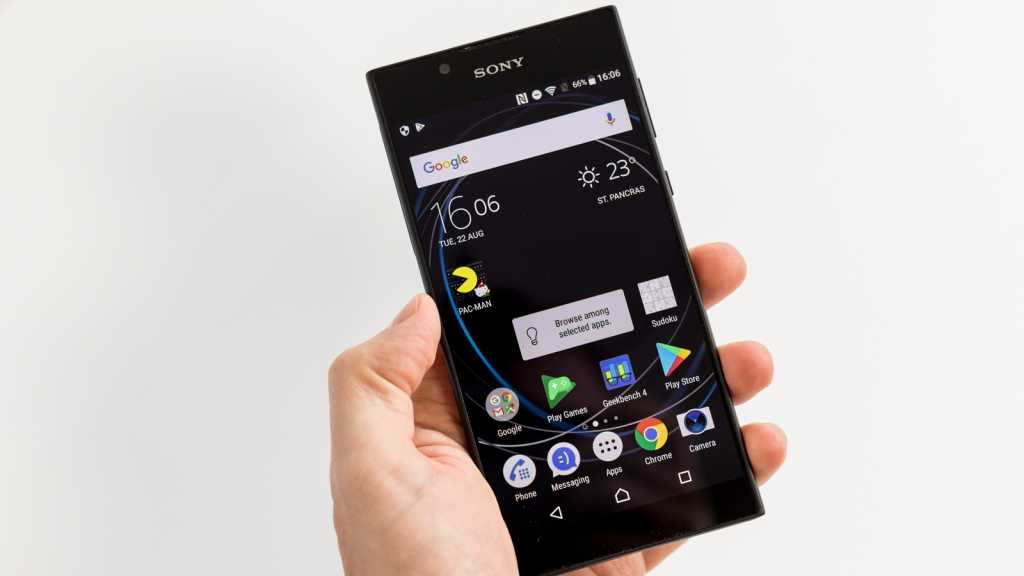 If design and screen size are you main preoccupations, then the L1 is definitely the budget phone you need. Its resemblance to Sony’s higher range smartphones and the large screen it offers make it one of the best looking phones of its price-range. The benchmark results and general slowness when multitasking hold it back, and if you plan on using it for intense gaming or video streaming, you might be better off with something else. If not, the L1 is an attractive budget phone and should be more than enough to satisfy your basic needs

First announced in March 2017, the Xperia L1 has come to replace Sony’s now discontinued E series. Priced at a surprisingly cheap £169, the L1 is Sony’s newest attempt at shaking up the budget phone market. Its large screen and sleek design make us think of Sony’s higher range of smartphones: it would be hard to single it out as the cheapest model in a line of Xperias. But at such a bargain price, we can’t expect it to perform as well as its more expensive counterparts. So how does the L1 hold up to other low-budget smartphones? Here’s our Xperia L1 review. 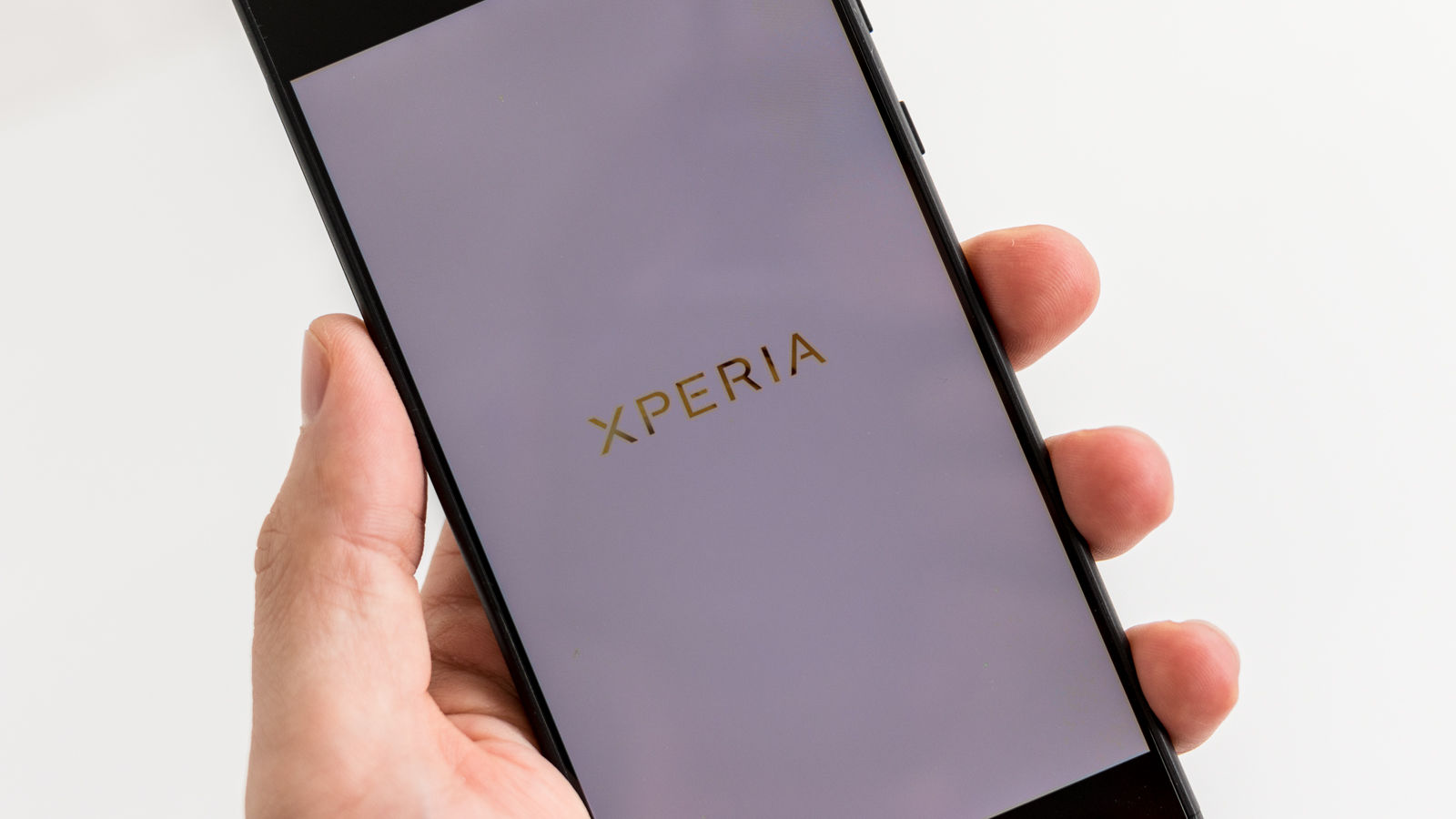 The L1’s pricing makes for a great part of its appeal. Now available in the UK, you can easily pick one up from most retailers at an original price of £169.John Lewis currently carries the black and white models and you can find the pink version at Argos. Some seem to offer even cheaper prices, like Alza or CSMobiles. In the UK, the L1 is available with 2GB RAM and 16GB of internal storage.

Our review unit came in matte black but the L1 is also available in white and pink. The familiar shape used by Sony on its Xperia line makes it look like a much more expensive smartphone than it actually is. Of course, the budget costs are noticeable in the choice of material. The L1 is made of a plastic shell, not quite as attractive as the XZ’s metal back. But the material gives it a sturdy feel and makes it easier to grip, a notable asset considering its size.

At 151x74x8.7mm, the L1 is one of the largest phones you’ll find at this price and the dimensions can make it quite hard to hold and use with just one hand. But if a larger screen is part of what you’re looking for, its large 5.5in screen with narrow borders delivers. You should note, though, that large bezels remain on top and at the bottom of the screen. Its weight of 180g makes it a little bit heavier than some smartphones of its size, but it’s definitely not too heavy.

The L1’s budget means it lacks a fingerprint sensor which means you’ll have to unlock your phone using the old-fashioned password or pattern. Other than that, there aren’t many changes to the button layout. The power/unlock and volume buttons are on the same side, but their difference in size ensure you won’t mistake them. The headphone jack is on the top left and the L1 is also equipped with an USB-C port. The microSD card slot, on the high left, will enable you to expand storage up to 256GB.

The L1 only has one speaker but the ‘Loud’ option will enable you to hear just fine. Of course, it also has a selfie camera on top of the screen, and the camera and LED flash can be found in their regular position at the back. The phone’s overall look, despite using cheaper materials, is more than satisfactory. 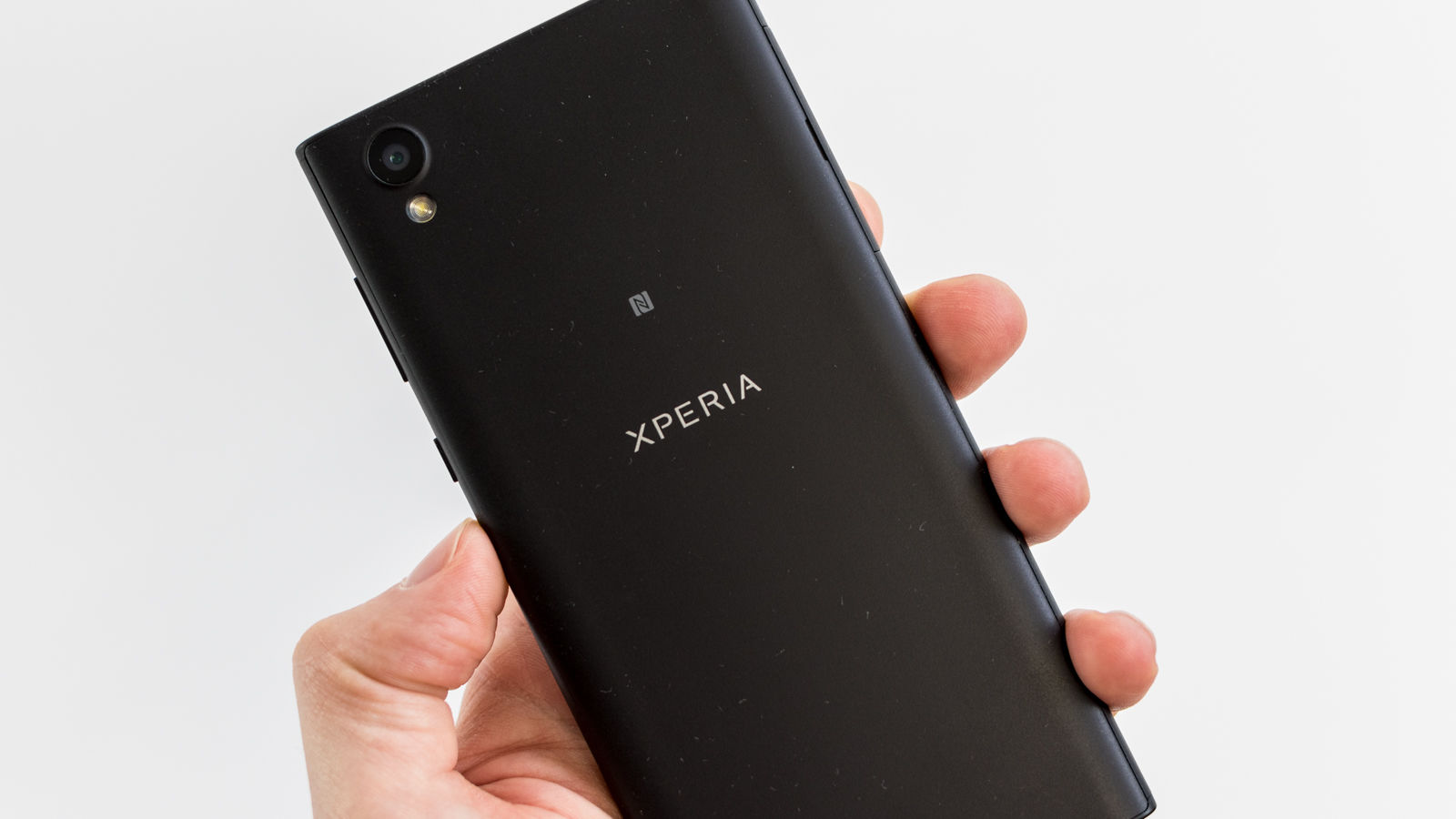 The L1 manages to provide a fancy design without suffering too many losses but the internal specs are where it most cut corners. It is powered by a low-range Mediatek MT6737T chip, with a 1.45 GHz Quad-core CPU and a Mali-T720MP2 GPU.

Because of the slower chip, the phone tends to take a little bit longer than we’d like to open apps or take pictures. The scrolling is also quite slow, which can be annoying.

The benchmark results justify the general slow feel of the phone. Though it outperforms some of its concurrents, the results explain why the phone takes a long time to open the photo app or a google doc.

The 5.5in screen display is only 720p and comes with a pixel density of 267 ppi. The overall quality is satisfying for its price range but you can expect to see some pixels if you zoom in on pictures. The rear camera is 13Mp with LED flash and allows for clear pictures in good lighting. 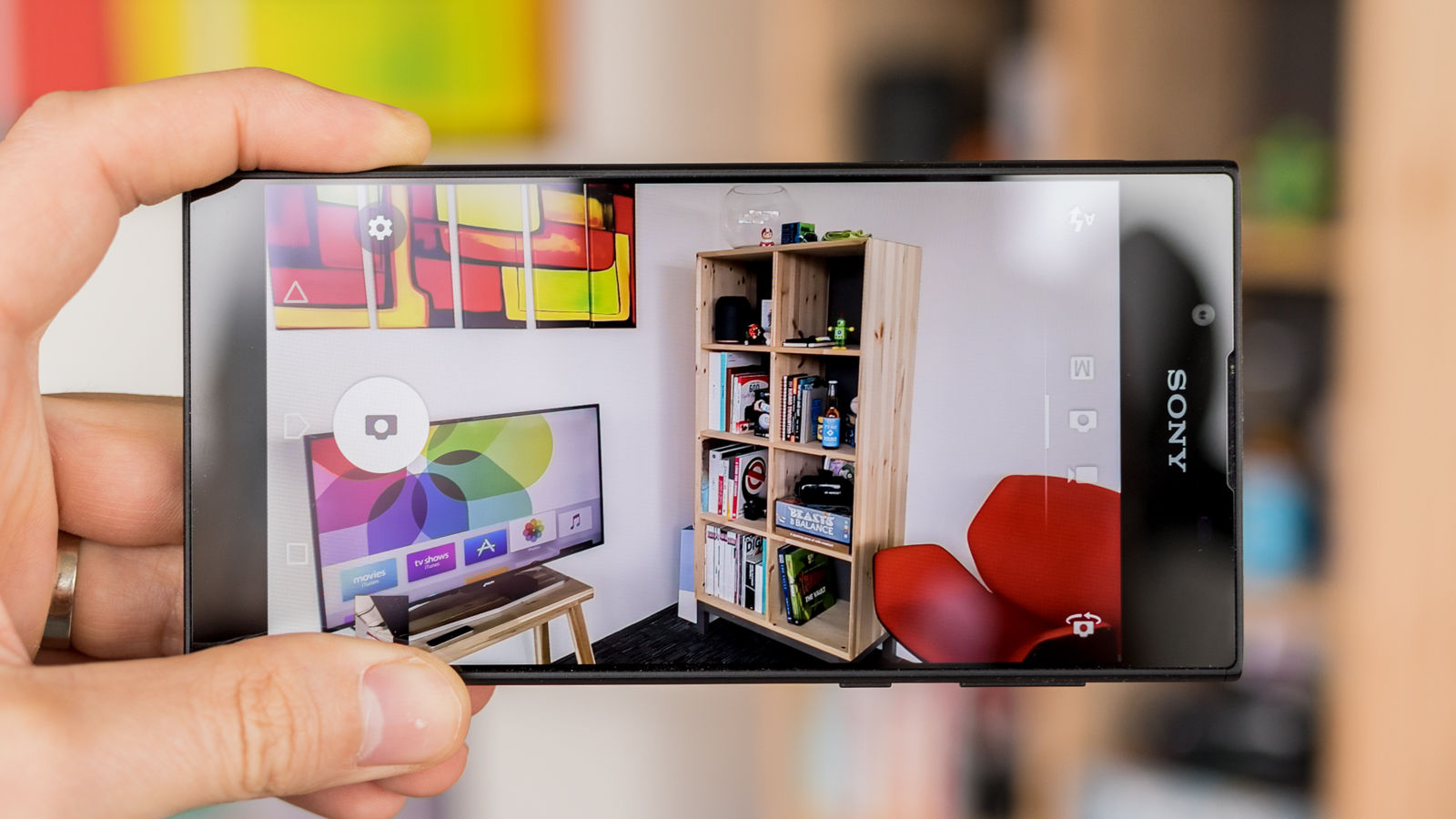 The results won’t be so good in darker environments due to lack of contrast, and the camera can struggle to focus on the subject. The 5Mp front camera is quite standard and what you’d expect to find on the L1 for its price, though it is enough to satisfy selfie addicts.

The L1 is equipped with a 2620mAh battery which enables 11 hours of talktime on 3G, 63 hours on music play or around 8 hours of web-browsing. After 45 minutes of gameplay, the battery had lost 10%. With low to average use, the phone will be able to last for over a day. If you want to use it to watch videos, listen to long podcasts or spend a while browsing the internet, you will need to charge it every night.

The L1 comes loaded with Android Nougat 7.0. The app menu does not differ from the usual stock Android look, with a Google shortcut when you swipe left and access to the apps when you swipe right. It also has the usual pull down notification panel which gives you quick access to recently used apps. If you’re used to Android, the L1 does not present any challenge and it does not lack essential features either.

As usual, Sony has replaced most of Google’s apps with their own, which means you’ll find Sony Music, Photo and Video apps. The L1 also comes with Sony’s ‘What’s new’ application which gives you suggestions for new games, themes or films you might enjoy.  It also has the ‘Xperia Lounge’ which is quite similar but comes up with offers on diverse products or services related to Sony. Neither represent a major asset to the phone. 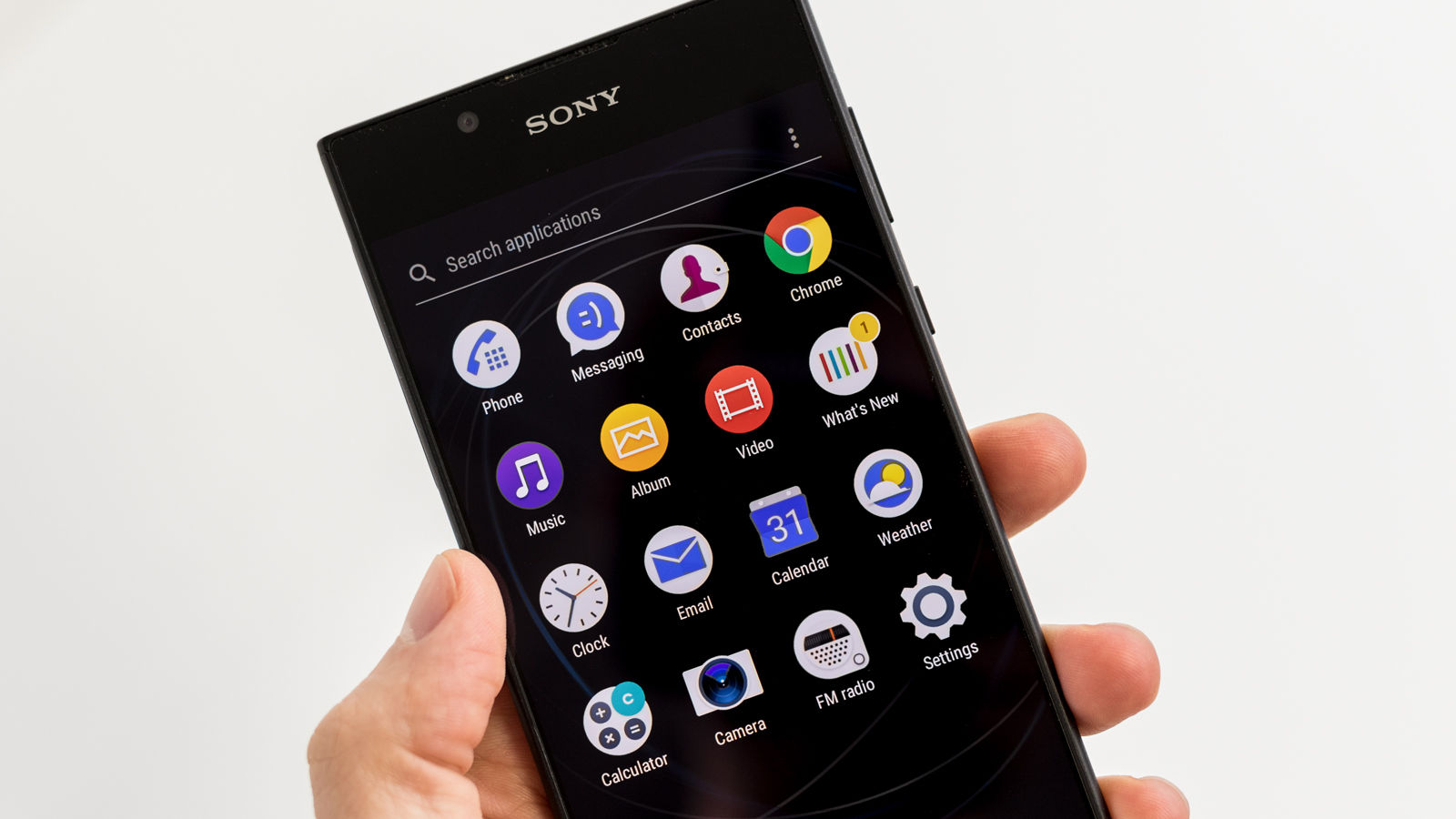