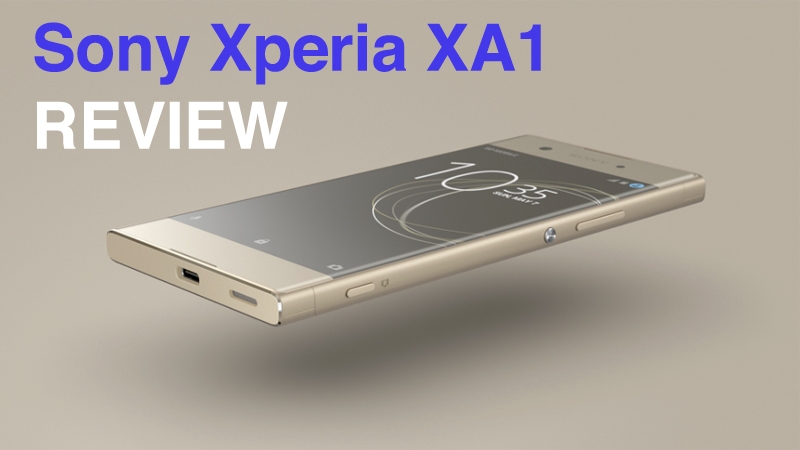 The Sony Xperia XA1 is a nice phone for the money. We rate its clean, simple look and the way it feels in the hand, while the array of Smart Lock features and the raw specs and performance of that blockbuster rear-facing camera are impressive. Given how confusing Smart Lock can be, however, you may miss the fingerprint scanner, and bear in mind that dual cameras can be had for the same price tag if you look at the Honor 6X. The screen isn’t the sharpest. And it’s not the fastest phone around: you should expect it to struggle with high-end mobile gaming or any processor-intensive activities such as video editing. But these are standard preoccupations for sub-£250 smartphones, and the Sony actually performed better than almost all of its similarly priced rivals in our graphics tests.

Sony unveiled a raft of new smartphones back in spring, and one in particular will have caught the eye of those looking for high-end photography prowess on a sensible budget. The Xperia XA1, which follows on from the Xperia XA Ultra, offers 23Mp stills (as well as facial recognition and a bunch of nice photographic features) for £229.

In our Sony Xperia XA1 review we test out that fancy-dan camera and feature set, as well as putting the phone through our rigorous battery of processor and graphics tests, to help you work out if this is the device for you. (If you decide that it is, you can get the XA1 for £229  from Sony’s eStore; or from Amazon, in  black or  gold or  dual-sim flavours.)

The XA1 has an appealingly neat, simple look. Viewed front-on it’s quite a blocky design, with comparatively square corners, but this is offset by a very slight curvature on the left and righthand edges of the screen.

There’s a refreshing lack of gumpf on the back, too: just a single camera lens and accompanying flash top left (these are arranged vertically, which seems to be the vogue this year) and a couple of discreet logos. Everything is flush with the chassis and it lies flat quite happily.

Part of the minimalism is made possible by the fact that the Xperia doesn’t have a fingerprint scanner, either in a home button on the front (there is no such button – the front buttons are all software-based) or in a module on the rear. But there are lots of other ways to unlock your device which we’ll discuss in the features section later on.

The hardware buttons have all been put on one side: the righthand edge, which houses the volume rocker, dedicated camera shutter and power button (which sticks out a lot and is a different colour, and is thus both slightly ugly and nicely easy to find even without looking.) We’re not totally sold on having a dedicated camera button, particularly since it requires more force to press than the onscreen button and therefore causes very slightly more camera wobble, but we know that some people like this feature.

When held in the left hand the volume and power buttons are easy to access with index and middle fingers, but if you hold it in the right then the power button feels a shade too low for the thumb to hit it comfortably: one almost wonders if it would be worth Sony making two models depending on users’ dominant hand! However, we did find that having the buttons concentrated on one edge had the benefit – when compared to a symmetrical layout like the iPhone 7 Plus – of never accidentally hitting a button on the opposite side at the same time.

The XA1 has a 5in screen, a decent compromise point that offers plenty of real estate for video viewing and gaming without bulking out the body. (The side bezels are almost non-existent but there are quite large bezels at top and bottom.) The resolution is relatively underwhelming, however, at 720p and a pixel density of 293.7 pixels per inch.

For a comparison that even Apple fans will understand, that 5in screen sits neatly between the 7 (4.7in) and 7 Plus (5.5in) offerings while nestling into a chassis that is far closer in terms of length, width and weight to the former. (It’s thicker than both iPhones, however.)

The XA1 has a headphone port, and is compatible with both microSD removable storage and USB-C cables & accessories.

Take careful note that the XA1 is not IP-rated and therefore cannot be relied upon to offer any degree of water-resistance.

Sony is known for offering strong IP ratings on its flagship phones, but this is simply too much of a budget option to get that treatment. As a Sony support employee puts it, “I would advise keeping it away from any exposure to water.”

The XA1 comes in four colour finishes: matt black, white, gold and pink. Do note that the latter is far warmer and less garish than the colour picker on the Sony website would suggest!

The rear-facing camera is rated at a hefty 23Mp (note that if you want the full whack you have to shoot in squarish 4:3; the more widescreen 16:9 aspect ratio is capped at 20Mp), and produced huge, well-detailed photos in our tests. Indeed, the images files it produced are so large that our site has trouble handling them.

Our standard test shot of St Pancras was promising at first glance, with good detailing on the brickwork and solid colour and lighting given the difficulty of the weather conditions. And under a hard zoom the Midland Road sign was easier to read than we’d generally expect.

Here’s a comparison of the Sony’s shot (heavily zoomed in) with a matching effort by the same-priced Honor 6X:

The XA1 shoots well in lower-light environments, too. (It’s rated at up to ISO 6400.) Here’s an indoor shot we took with the blinds down: observe the faithful colour reproduction and lack of blurriness or pixellation.

Here’s a really tricky shot: a selfie using the lower-rated (albeit still solid 8Mp) front-facing camera, in low light, and with a brighter light source behind. It’s not brilliant – the definition of our hair is a little muddy – but the Sony makes a decent fist of it.

We don’t want to clog up this article with any more large image files, but suffice it to say that our tests show this to be a strong performer in camera tests, particularly for the money.

The Sony has a well-stocked feature set for a phone at this price point.

The rear-facing camera in particular has excellent specs and performed well in our tests, but this is all backed up by a few nice photographic features. Our favourite is ‘hand shutter’, which takes a shot when you raise a palm: a nice idea for group selfies and reliable in practice. (It waits a couple of seconds so you can put your hand down first.)

As mentioned previously the Sony doesn’t have a fingerprint scanner. But as well as the standard passcode and password options, and the near-standard dot pattern, it lets you unlock the phone in a variety of other ways.

‘Trusted face’ is Android’s name for face recognition: pose for a selfie for a few seconds and the phone will remember your face and unlock the phone when it sees you. You can improve the accuracy of this feature by taking additional snaps in different lighting setups.

Unfortunately we found this feature somewhat counterintuitive in use; it’s not clear for a first-time user when you should point the camera at yourself or even when the feature has worked. Sometimes we hit the power button and it lets us swipe and get started at once, while at others it asks for a passcode or pattern.

In recent versions of Android the feature has been tweaked to behave more ‘seamlessly’, and when it works, it works well. The problem is that when it doesn’t work, it’s hard to know why or what you should do differently.

When you first power on, you have to enter your passcode; on subsequently waking from sleep, assuming the front-facing camera can see you, the ‘locked’ icon will turn into an unlocked icon and you’ll be able to swipe to open.

But if it can’t find your face, the padlock icon will briefly turn into a face – and at this point you need to make sure it’s pointing at you. If you miss the window of opportunity the icon will turn back to a padlock, and from this point we found it very hard to induce the phone to look for a face and unlock without entering a passcode or pattern.

The best approach is probably to use multiple Smart Lock features at once (provided you are cognisant of their respective perils – such as the ability for a thief to snatch the unlocked device and have it remain unlocked thanks to on-body detection). But bear in mind that there will be times when your device is locked, or unlocked, and you’re not entirely sure why.

Note too that the Smart Lock features have been baked into Android since Lollipop and so are by no means exclusive to this handset. But equally, some other Android phones do not get these features or get only a partial set.

The XA1 features a 64bit eight-core processor (technically quad core at 2.3GHz + quad core at 1.6GHz) and 3GB of RAM. We put this setup to the test in our speed benchmarks.

In GeekBench 4’s CPU benchmarks, the Sony averaged a score of 864 in single-core mode, and 3,720 in multi core.

Next we tested the Sony’s graphical prowess using GFXBench Open GL. It scored 32fps in the T-Rex segment, 18fps in Manhattan, 15fps in Manhattan 3.1 and 7.4fps in Car Chase. These are pretty decent numbers compared to its immediate rivals, although we wouldn’t expect the Sony to do much of a job with a really graphically demanding game.

Finally we ran the JetStream Javascript test, which evaluates a device’s ability to process web apps and effects. The Sony scored 22.3. Here’s how that compares to its rivals:

Price & where to buy

The Xperia XA1 costs £229 and can be bought direct from Sony’s eStore.

You can also buy the Sony from Amazon (in black or gold); there is also a dual-sim model.