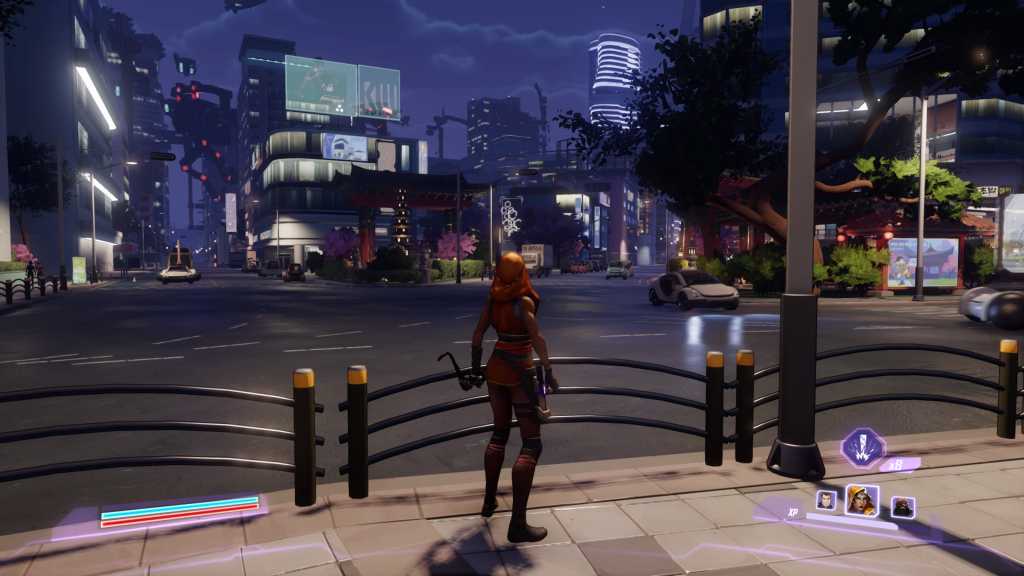 Agents of Mayhem is an extremely fun game to play with a wide range of characters to choose from, all with unique abilities and weaponry, but the futuristic open-world city of Seoul just doesn’t have enough to offer. The storyline isn’t the most entertaining we’ve ever come across and although it’s enough to get you through the campaign, it’s not a memorable one – and that’s a shame, given the developer’s history with the Saints Row series. So while the gameplay is enjoyable, it’s a little short-lived and it isn’t a game we imagine you’ll sink weeks or months into.

Following the success of the Saints Row series, Volition went back to the drawing board and came back with something completely different, but just as enjoyable to play: Agents of Mayhem.

Following four years of development and a lot of experimentation, has Volition done enough to top the incredibly over-the-top Saints Row series? We’ve spent some time playing Agents of Mayhem, and here’s what we think.

Agents of Mayhem pricing and availability

Agents of Mayhem is available to pre-order in the UK on PC, PS4 and Xbox One ahead of its launch on 18 August 2017 (although those in North America can play it from today!).

If you can’t wait for Agents of Mayhem to be released, take a look at our top picks of the best PS4 games, best Xbox One games and best PC games to tide you over until then. 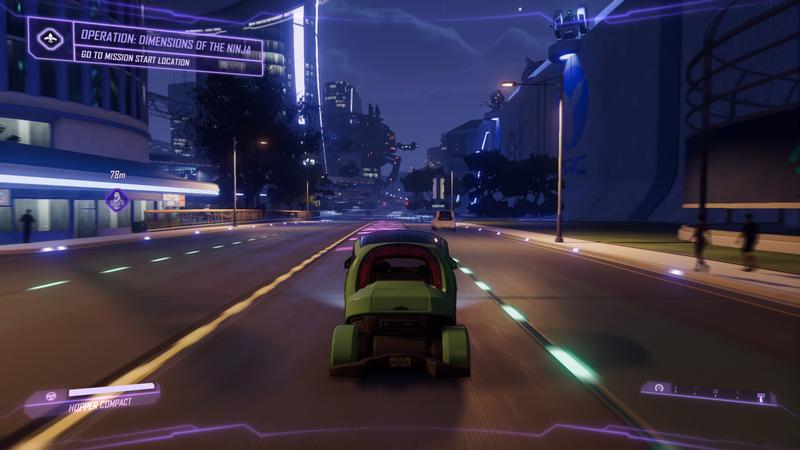 Agents of Mayhem takes place in the city of Seoul, South Korea, at the height of the technological era packed with AR advertisements, drone deliveries and, of course, the Agents of Mayhem operating from an invisible floating spaceship nicknamed the ARK. What else were you expecting?

Years after what the residents of Seoul and what the agents refer to as ‘Devils Night’, it’s down to the Agents of Mayhem to stand up to the shadowy organisation known as Legion, led by the evil Dr. Babylon and his lieutenants. Sound good? Great.

The first thing you’ll notice about Agents of Mayhem is the style of the game – it’s obvious that there’s a comic book-esque feel to it from the very start. Everything, from the floor to the sky and everything between is bright and colourful and features a ‘drawn’ effect especially apparent on characters. 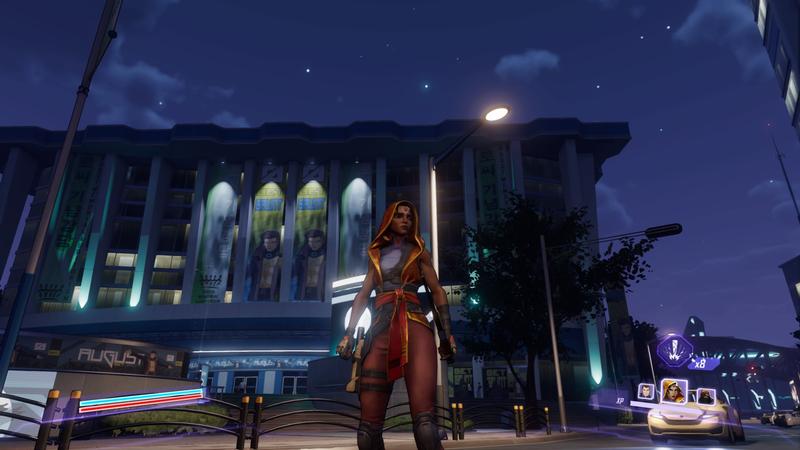 It reminds us of a cheesy comic book series, although more over-the-top with the explosions and much more swearing than the likes of Dennis the Menace. It’s a game that doesn’t take itself too seriously, from the sarcastic remarks from characters to the silly loading screens where various Mayhem agents give you useless (although amusing) life advice.

Sticking to the comic book theme, many cutscenes featured in Agents of Mayhem (and believe us, there are a lot) are depicted in 2D comic book-fashion. While we like the style, we can’t help but feel that the pivotal moments in the game should be showcased using the in-game engine rather than 2D animations that break the immersion.

With that said, if you love game cutscenes, you’ll LOVE Agents of Mayhem. Why? Because there’s a lot of them. No, seriously, at times it feels like there’s a cutscene every 20 seconds when all you want to really do is blow some shit up. Even when the cutscenes are shown in-game, constant loading screens (although they are short) become annoying.

Most cutscenes can be skipped, but we feel like many could’ve just played out while in-game rather than being a cinematic.

Once you get over the cutscenes, you’ll find yourself wandering through the large, open world city of Seoul. But while the city is large enough to accommodate a wide range of activities, that doesn’t seem to be the case. Like with many open world games, there’s just not enough to do to fill it up.

Beyond your key storyline, you can unlock a handful of teleportation points and Legion Lairs along with smaller tasks like blowing up LEGION vehicles driving around the city, racing and collecting crystal shards.

Admittedly it’s still enough to encourage you to go out and see what you can find in the city, wandering aimlessly rarely brings any reward in Agents of Mayhem beyond the occasional loot crate or random event.

And while the various Legion Lairs look different from the outside, the interior of most Lairs is almost identical. The layout of the buildings might be different but it’ll include all the same metallic hallways, sliding doors and red crates with no unique characteristics. 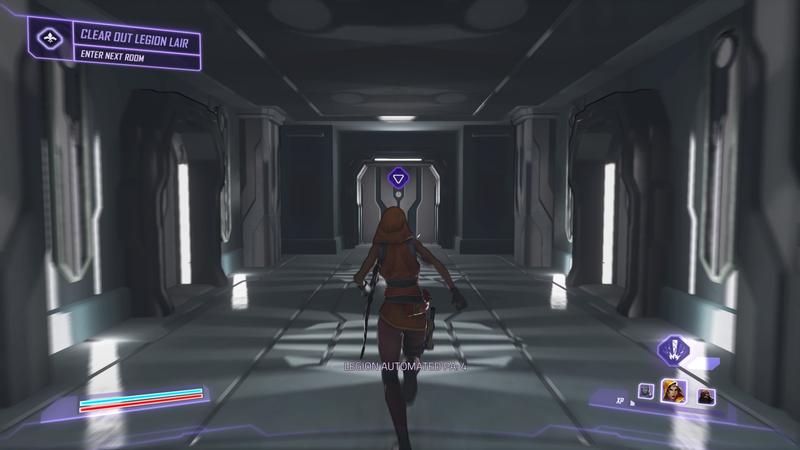 It makes individual missions much less memorable as you’re essentially doing the same thing in the same place over and over again, although with varying enemies and outcomes.

One element of environment design that is fun in Agents of Mayhem is the use of ledges and platforms. Rather than keep you fighting on the ground, it’s easy to jump up, run away or find another vantage point to take on Legion. It allows you to constantly switch up your play style, be it sniping from a high ledge to running in all guns blazing.

But, let’s be honest, it’s usually the characters that make the game, and there’s a whole host of those in Agents of Mayhem.

The various characters employed by Mayhem come in many shapes and sizes with different styles and capabilities. You start off with fairly standard characters wielding rifles, shotguns and pistols but soon after you start to unlock more interesting and fun characters, like Yeti and his freeze gun that’ll stop any enemy in its tracks. 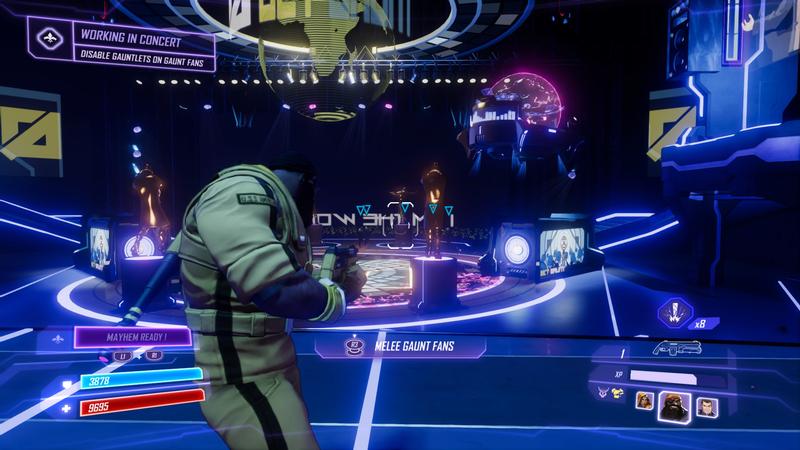 The bonus of having a wide roster of characters is that there’s always something new to try, from Rama’s energy-powered bow and arrow to Daisy’s minigun-and-skates’ combination. And when the game is focused on creating as much mayhem as possible, it’s those over-the-top and slightly crazy characters that are most enjoyable to play with.

Trust us, running in and freezing the enemy in their path before smashing them into tiny pieces using Yeti’s powerful melee attack never becomes less satisfying.

It’s because of the range of characters that Agents of Mayhem allows you to switch between three agents on-the-fly, rather than providing an AI-controlled team to back you up (which let’s be honest, is usually pretty bad!).

It’s an interesting mechanic but one that comes in handy in almost every battle – switching between characters gives you the freedom to snipe from afar using a ranged character before quickly switching to a character that specialises in close-range combat once Legion bots inevitably swarms your location.

There’s a catch, though. To stop you switching between every character in your roster, you have to select three agents before going on any mission. And until you return to the Ark, they’ll be the only three agents at your disposal.

It forces you to think tactically – rather than taking in three similarly-skilled agents, you can think about your plan of attack and the resistance you’re likely to go up against, then plan it out from there. There are also missions that require specific agents as they have special skillsets required to complete the task successfully. 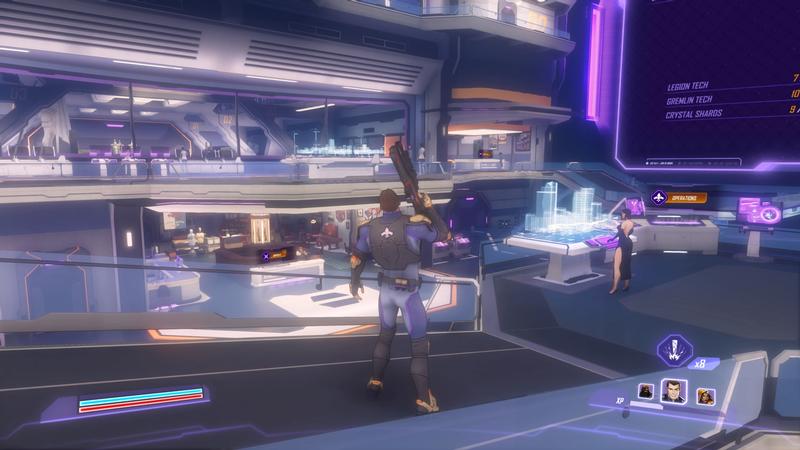 If you like MOBAs, you’ll love Agents of Mayhem. The gameplay mechanics are reminiscent of games in the genre, offering a standard attack coupled with a special ability and a powerful Mayhem attack.

There are buffs and debuffs, status effects and consumables, and even the handling of the game feels similar to games like Overwatch – but that’s not a bad thing. The varying effects you’ll come across both help and hinder you, keeping you on your toes and keep you entertained for longer.

The controls aren’t overly complex and there aren’t a lot of moves, meaning it’s easy to switch from character to character with little learning curve – it just depends on your character’s ‘type’. Some characters will be more effective against certain types of enemies, while the same is also true of the reverse – it’s about experimenting, switching characters and defining your play style.

Couple that with over the top gun battles and explosions left, right and centre, and you’ve got a game that’ll bring hours of excitement and joy, even after the storyline goes a little stale.

And that is Agents of Mayhem in a nutshell – it’s incredibly fun to play (when does blowing stuff up ever get boring?) but there’s just not enough to do. It leaves you wanting more, but not in a good way.

When you compare the open world of Seoul in Agents of Mayhem to the worlds in games like Watch Dogs 2, Ghost Recon Wildlands or Grand Theft Auto 5, it’s just not as ‘alive’ and doesn’t provide the same kind of replayability as other games, especially once the campaign is over.

You’ll be thoroughly entertained while unlocking the various characters and undergoing missions, but we can’t imagine this is a game you’ll be playing for months – and that’s a shame really, because the core mechanics of the game are thoroughly enjoyable.