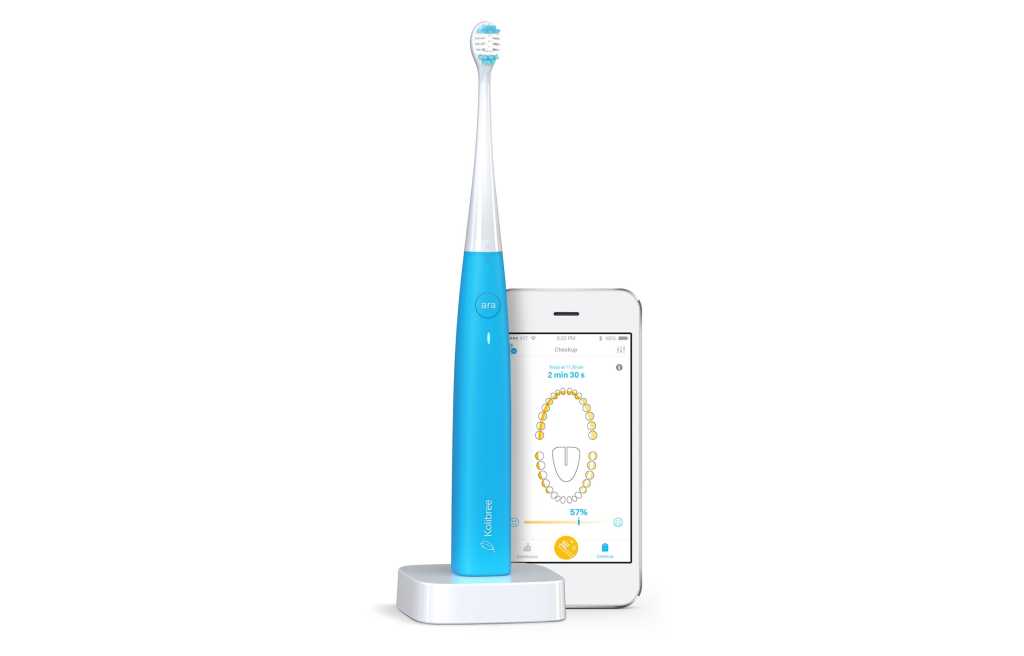 The Kolibree Ara does a lot well – it’s just not quite the revolutionary A.I. brush it claims to be. There’s nothing here you can’t get elsewhere, but don’t let that put you off buying it. This is a very solid smart toothbrush that’s half the price of its rivals, and that alone is worth celebrating.

Kolibree may not be a big name in the toothbrush world, but it does have one astonishing claim: that it’s made the world’s first toothbrush with embedded artificial intelligence.

So, is the Kolibree Ara a few dirty teeth away from going full Skynet and eliminating mankind, or is it just marketing hype? Find out in our Kolibree Ara review.

Right now the only place you can buy the Ara is from Kolibree itself, and it’ll set you back €129. That may sound like a lot for a toothbrush but it’s a good sight less than the £200+ asking prices of some of the top smart toothbrushes from Oral-B and Philips.

Of course, as with any electric toothbrush, the initial purchase is only part of the cost. The brush comes with just one brush head, and replacements cost €19 for a pack of three, also direct from Kolibree.

You can also pick up the firm’s first generation toothbrush from Amazon for just £85 – though be warned that it lacks some of the more advanced smart features of the Ara.

Smart toothbrushes are nothing new, but Kolibree claims that the Ara is something new: an intelligent toothbrush, smart enough to tell where you’re brushing and give you personalised recommendations on how to improve your technique.

That might sound familiar because, well, it is – there are plenty of other smart toothbrushes that offer similar functionality, and it’s not entirely clear what the Ara offers that its rivals don’t – though it does admittedly do so at a lower price.

At first glance, the Ara looks like a pretty typical electric toothbrush, albeit one with a pleasingly minimalist two-tone design. It’s designed to look simple, and attractive, rather than high tech, and it’s a welcome touch in an industry that hasn’t historically worried about aesthetics too much. 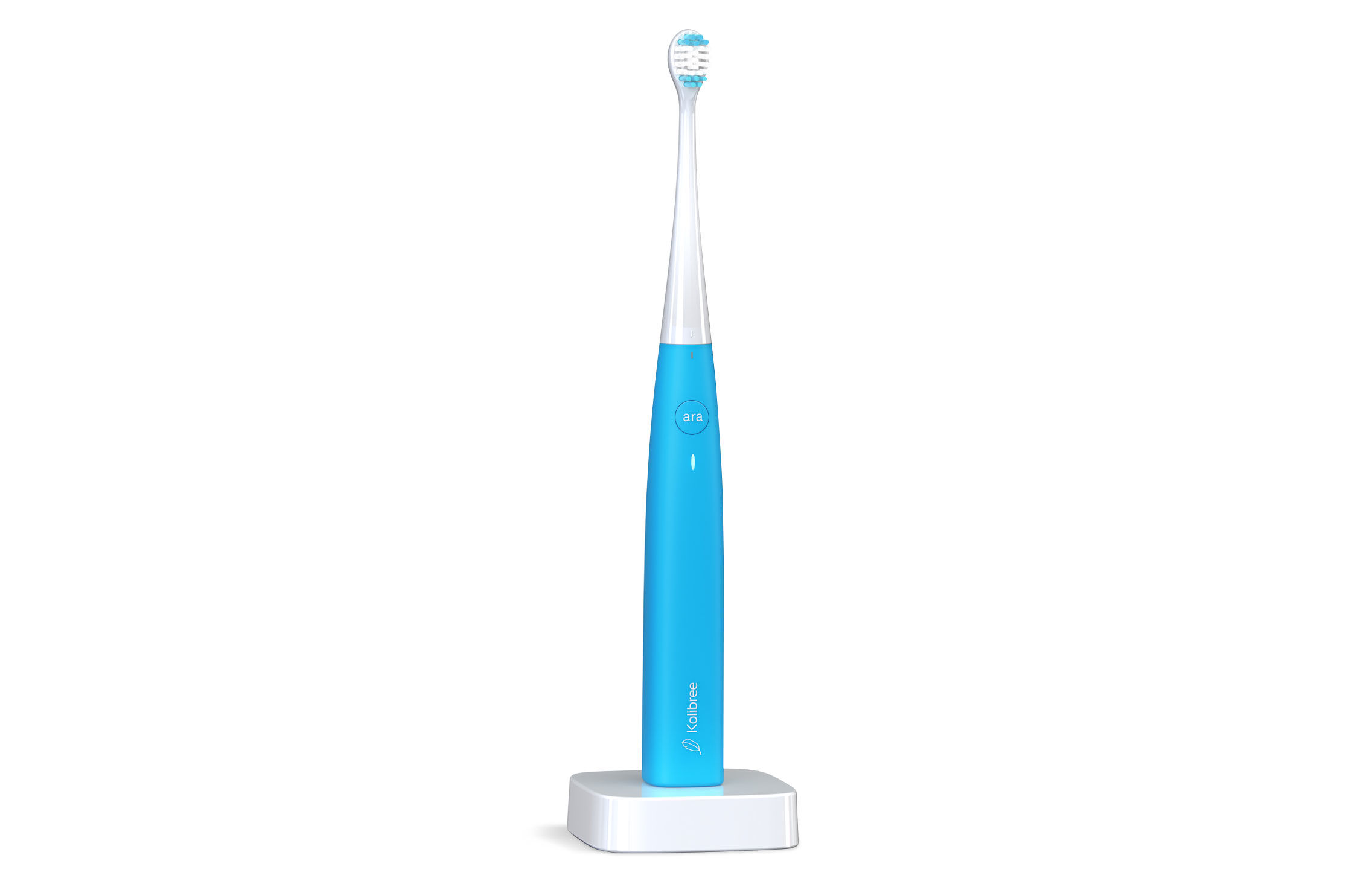 Use it on its own, and the Ara is also pretty typical – it has just one setting, and buzzes every 30 seconds to let you know you need to move on to the next quadrant of your mouth, with a series of buzzes at the two-minute mark to let you know you’re done.

This is all stuff that you can get in any cheap electric toothbrush, but the Ara comes into its own when you load up the accompanying app.

Pair the brush with your phone via Bluetooth, and it uses a series of motion sensors to track how you’re brushing and deliver real-time feedback to your phone while you brush. That means it can let you know how long you brushed for, which areas you brushed properly (or didn’t), and how regularly you brush.

You can see results for specific brushing sessions or a weekly average, which you can also have emailed to you, along with graphs to show your progress on each metric.

The brush surface measure is perhaps the most useful, illustrating which areas of your mouth you’re cleaning properly and which you’re neglecting, and the motion sensors seem impressively accurate for the most part, doing a good job of catching the brush’s movements around your mouth.

There’s also a bit of gamification in place – you get points for brushing well and often, and level up as you go, encouraging you to learn good habits.

There’s also a ‘Coach’ section of the app, designed for use while brushing, which gives you instructions not only on which part of your mouth to brush but also which way to move the brush as you do it. 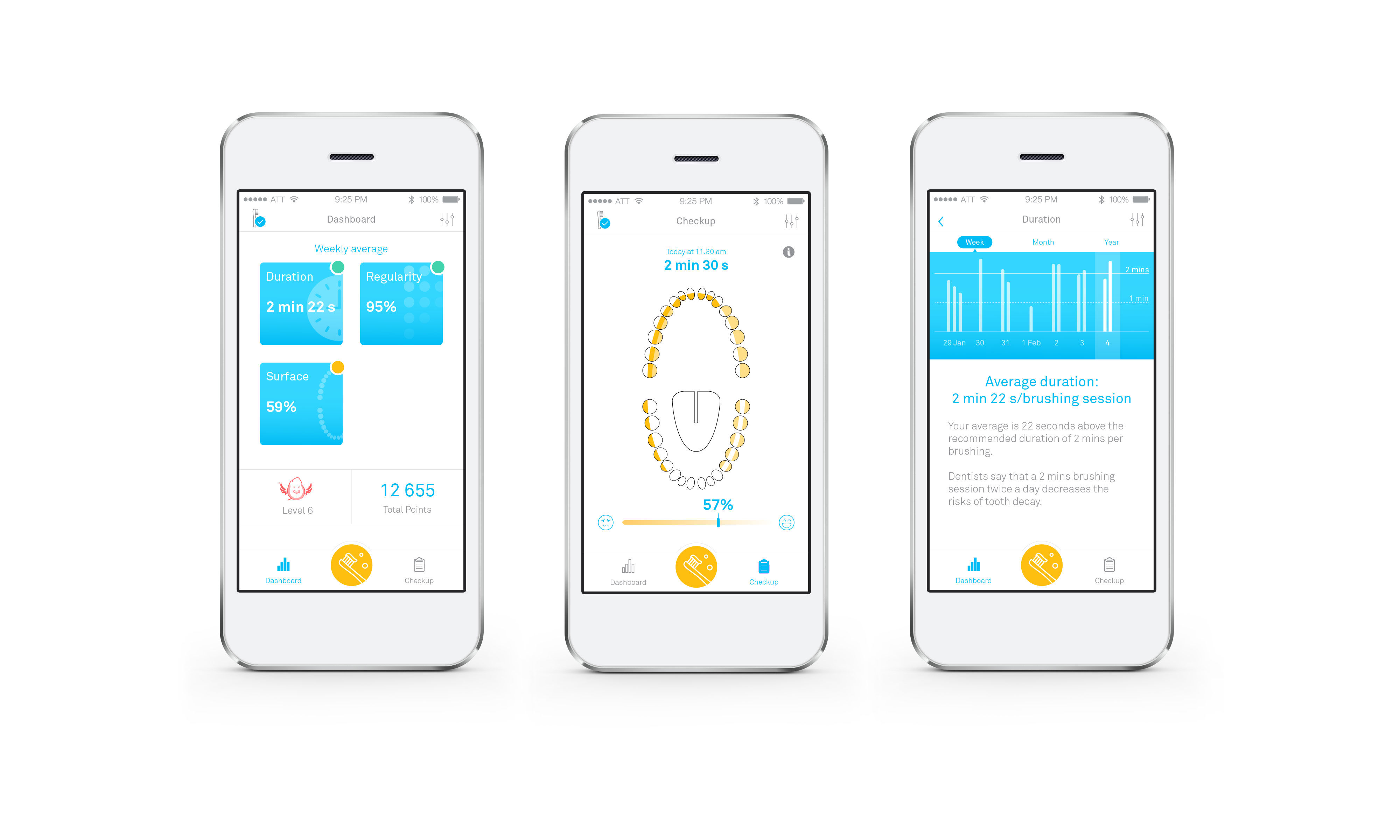 Kids get a similar service with a bit more fun on top in ‘Go Pirate!’, a sort of endless runner game that has you play a pirate collecting coins. You can move to the right by brushing the right side of your mouth, to the left by brushing the left, and so on, with later levels incorporating more precise requirements to make sure kids are brushing their teeth evenly and thoroughly.

The game has enough stages to last a few months of brushing twice a day, so should keep kids going for a while – at least as long as they like pirates. If not, Kolibree promises that more games are on the way in the future to add a little extra variety.

If you don’t want to use the app every time, the Ara is pretty forgiving of that. You can use toothbrush on its own in the quadrant mode, and it will store data on a week or so’s worth of brushing sessions, which will sync the next time you connect it to your phone via Bluetooth.

Syncing can be a bit frustrating though – at times we found our phone struggled to discover the brush, which is exactly the sort of annoyance you don’t want to be dealing with first thing in the morning.

The Ara doesn’t come with any sort of travel case included, and the battery lasts roughly two weeks, so it should be good to take on holiday without a charger.

There’s also one major caveat to the smart functionality: because it’s all embedded within the toothbrush itself, the Ara only supports one user at a time, unlike some other smart-enabled brushes. which let you save usage data for multiple people. That means you’ll need an Ara for each of you in a family.

There are also a few other features the Ara lacks compared to some of its rivals. There’s no pressure sensor to let you know when you’re brushing too hard, and there’s no chance to pick between different brushing modes – though you can set the duration between two and four minutes, which will also change how long it lasts when you’re not using the app.

Compare the Ara to something like the Philips Sonicare FlexCare Platinum and it offers markedly fewer features – though at a much lower price point. Its smart functionality does go above and beyond that of the Oral-B Genius 9000 however, which requires an awkward stand and your smartphone camera to achieve the same motion tracking that the Ara does on its own.