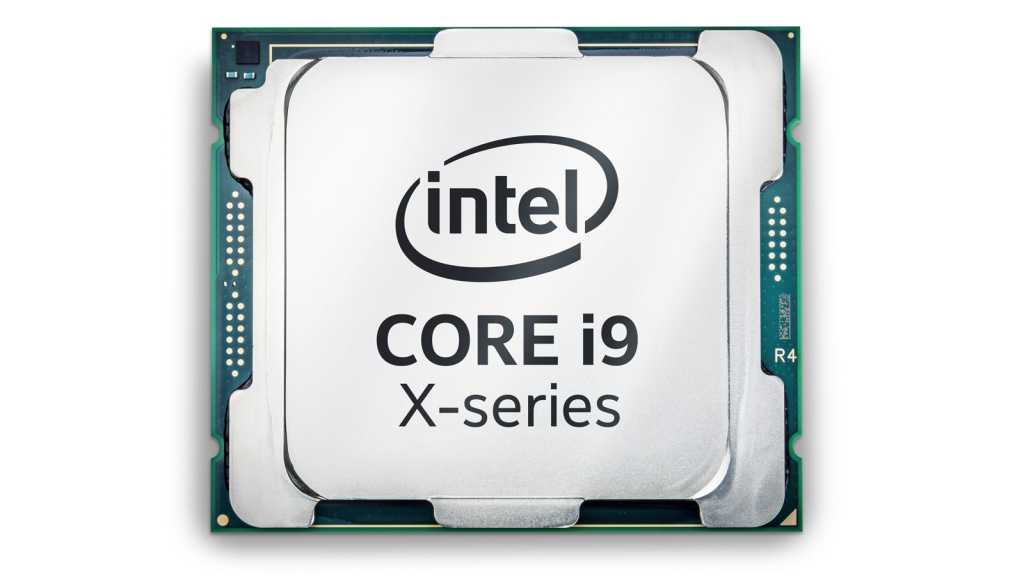 The i9-7900X is the most powerful CPU we’ve ever tested, and the fastest out-of-the-box consumer processor you can buy today. It also has loads of PCIe lanes which, when paired with an appropriate X299 motherboard, allows you to build a seriously powerful PC. However, it’s very expensive and doesn’t offer enough of a performance advantage over rivals such as AMD’s Ryzen 7 1800X which gives you around three-quarters of the 7900X’s power at half the price.

At Computex 2017, Intel officially announced what had been rumoured for a long time: its range of enthusiast processors for HEDT PCs. HEDT stands for High-End DeskTop, and unlike in previous years, Intel didn’t simply launch Core i7 models: it introduced the Core i9 and added ‘X’ versions in the Core i5 range too.

The Core i9-7900X is the first processor available in the new range, but there are more coming: this 10-core, 20-thread chip is merely the entry level model. The range-topping i9-7980XE has 18 cores and 36 threads – a monster that will cost a frightening US$2000 when it launches later in the year.

Few consumers are going to be spending the best part of £2000 on just a CPU when you can buy a perfectly good gaming PC for less than this.

Ok, so it’s two cores (four threads) short compared to the i9-7900X, but it’s still a very powerful CPU. Gaming purists – those with unending cash to spend on their rigs, at least – might still opt for the Intel chip thanks to the current ‘issues’ with 3D performance in the AMD camp, but for everyone else, it does a decent job.

Also, consider that the Ryzen Threadripper 1950X is the same price at £999, yet has 16 cores and 32 threads (and similar clock speeds).

Do I need a new motherboard?

It’s worth briefly explaining the whole HEDT range for 2017. The new chips will fit only in an LGA2066 socket and, yes, that means you’re going to need a new motherboard.

They also requires a new chipset: X299, the follow-up to X99. This doesn’t offer any major new features or support for forthcoming technologies, but it does have a lot of I/O.

Full specs for the whole Core i9 range have yet to be announced, but it’s expected they’ll all have the same 44 PCIe lanes as the 7900X. This is four more than was available with Broadwell-E last year, and 20 more than Ryzen offers.

The other two Core i7 models (7800X and 7820X) have 28 PCIe lanes. This – and their lower prices – puts them in more direct comparison with the Ryzen chips. Just note that the i5 is a quad-core CPU without hyper-threading, so pound for pound, Ryzen still gives you more threads. 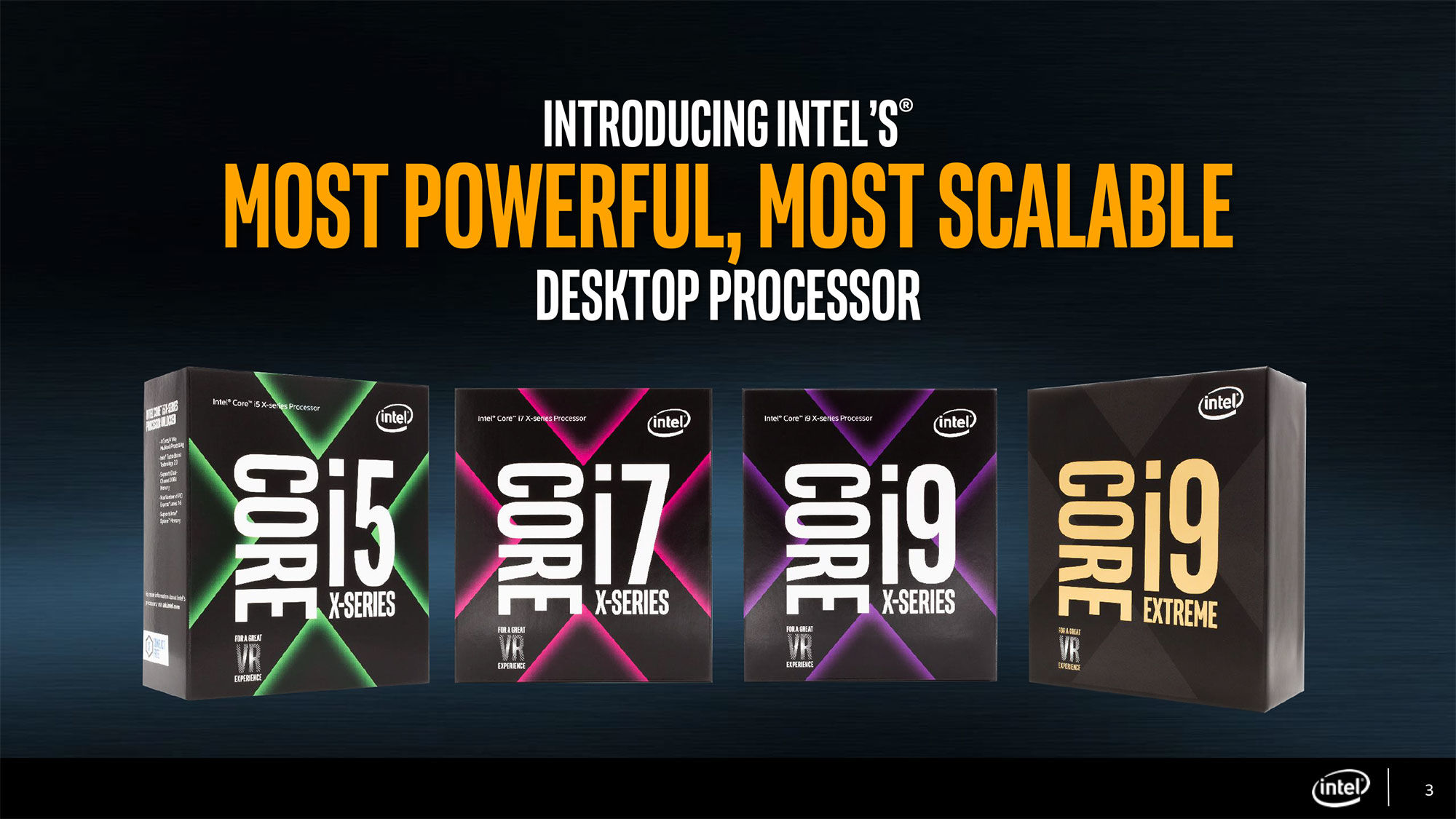 The i9-7900X is a Skylake-X chip. This may sound like it’s old and outdated compared to the newer Kaby Lake (seventh-generation Core processors), but it isn’t.

Kaby Lake is really only an optimisation of Skylake, and all these chips use a 14nm manufacturing process. Skylake-X is actually based on Skylake-SP, which is used for Xeon chips. These are used in workstations and servers, and this means it has a few new features including more level 2 cache and new AVX-512 instructions. Also, rather than use a ‘ring’ bus to transfer data between cores, Skylake-X uses a mesh system where cores are connected to those next to them.

An easier-to-understand improvement is the new Turbo Boost Max 3.0. This lets the best two cores run a couple of hundred megahertz faster than the all-core boost frequency. For the 7900X, this means boosting from the base 3.3GHz to 4.3GHz on all cores, or 4.5GHz on the two best cores.

Of course, if you’re going to buy an unlocked enthusiast chip, you’re probably going to overclock it yourself and run it as fast as it will go all of the time.

However, there’s a problem here. Identified by Tom’s Hardware, Intel uses thermal paste instead of solder between the actual CPU die and the metal heat spreader (the metal part onto which you add your own thermal paste before installing a cooler).

With previous enthusiast chips, Intel has used solder which is far better at conducting heat.

What this means is that you’re going to need a mega CPU cooler if you want to do any serious overclocking. Standard air coolers (and even closed-loop liquid coolers) will struggle to keep the i9-7900X from overheating even at stock speeds.

The Asus board is one of the cheaper X299 offerings: they can cost £400+. The Strix X299-E Gaming, though, offers plenty of SATA ports and – useful for CPUs that need a lot of power – both six- and eight-pin power connectors. It has Gigabit Ethernet, plus 802.11ac Wi-Fi onboard and a pair of M.2 SSD ports.

The absence of a really quick M.2 SSD makes a difference in the PCMark 8 tests, which measure overall system performance rather than zoning in on a particular component. However, it’s pretty obvious from the Cinebench and Geekbench tests that the i9-7900X is a powerful CPU.

Don’t forget, though, that Geekbench is a synthetic test and isn’t necessarily representative of real-world performance, whereas Cinebench is.

Also, remember when comparing the Ryzen 7 1800X that it lacks two cores and four threads, so it will always be proportionally behind the Core i9-7900X in tests which are heavily multithreaded.

Single-core performance shows that the Intel chip can hold its own with a massive 188 in Cinebench.

Plus, in some game tests, Intel holds the advantage over AMD, with a 7 percent lead in 3DMark Fire Strike and 8 percent in VRMark Orange room.

Ultimately it comes down to price. If you do hanker after a Core i9, you’ll have to buy an X299 motherboard to go with it. Even if you have all the other components, you’re still looking at almost £1200.

With the money saved you could buy a GTX 1080 and still get enough change for a power supply and some RAM. Or you could almost afford a 1080 Ti.