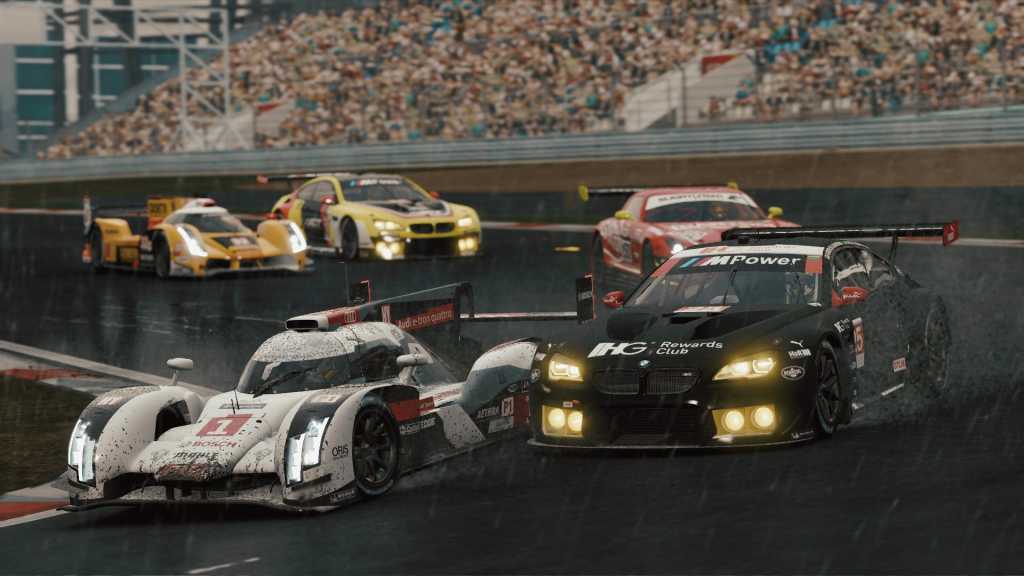 Project CARS 2 is, overall, a success. There are a few elements of the game that we’d like to see improved in future, but it’s a great successor to the first in the series. The wide range of vehicles and tracks provide a range of accurate driving experiences, replicated to the finest detail using test drivers from real-life car manufacturers. The addition of Rally Cross brings a whole new element of the game too, especially for fans of drifting. While we couldn’t quite get the hang of the game with a controller, the experience with a steering wheel was thoroughly enjoyable and we can’t wait to get back behind the wheel once again!

Bandai Namco has called Project CARS 2 “the next evolution in the award-winning racing series” with the promise of featuring some of the most iconic cars and tracks from the world of motor racing to provide the “ultimate driver journey” experience.

While it sounds exciting, has developer Slightly Mad Studios delivered on the bold claim? We’ve spent some time playing Project CARS 2 ahead of its release tomorrow, and here’s what we think.

If you can’t wait for Project CARS 2 to be released, you may want to take a look at our lists of the best PC games,  best PS4 games and  best Xbox One games to tide you over until then.

Compared to the original Project CARS game that was released back in 2015, Project CARS 2 is a huge improvement in just about every way – and that’s an impressive feat considering just how detailed the first driving simulator was. 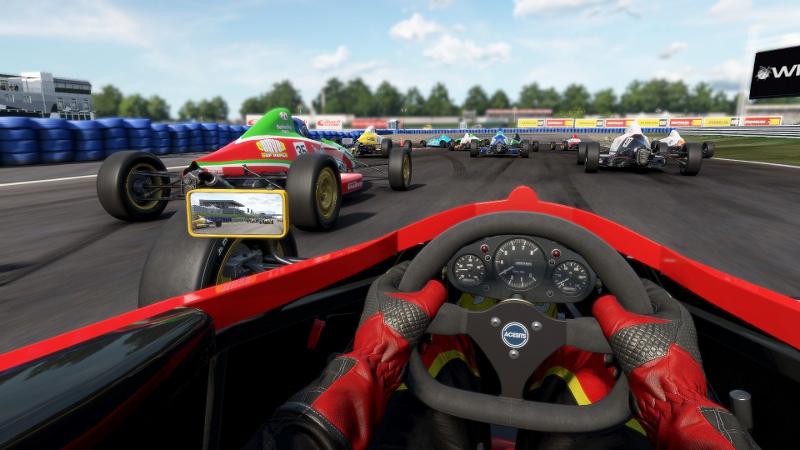 But before we jump into the details of the gameplay and the variety of cars and tracks available, we need to address the UI: one of our biggest complaints about the original game. The UI in the first game was overly complicated for new users and it took a while to find the game type you were looking for.

While there’s a similar layout present in Project CARS 2, it’s much simpler to jump into the action without removing any of the customisation that made the first game so popular. Those that just want to drive, can, while those that want to customise the track, layout, car performance or even the weather system, are still free to do so.

There’s even a handy help system that explains what the various options ‘do’ to the game in simple terms, allowing non-petrol heads to get more out of the driving sim without having to Google each term! It opens up the customisation from dedicated fans to just about anyone interested in cars and racing, and was badly needed in a game where the customisation is so deep and detailed.

Moving beyond the UI, the cars available in Project CARS 2 are stunning. The cars are incredibly detailed, from the individual (functioning) dials on the in-car dashboard to the pattern of the carbon fibre and rattling car parts. Small details like way that sunlight shimmers off the body of supercars and the way rain is swept across the windscreen in Project CARS 2 really makes the game feel more realistic and immersive. 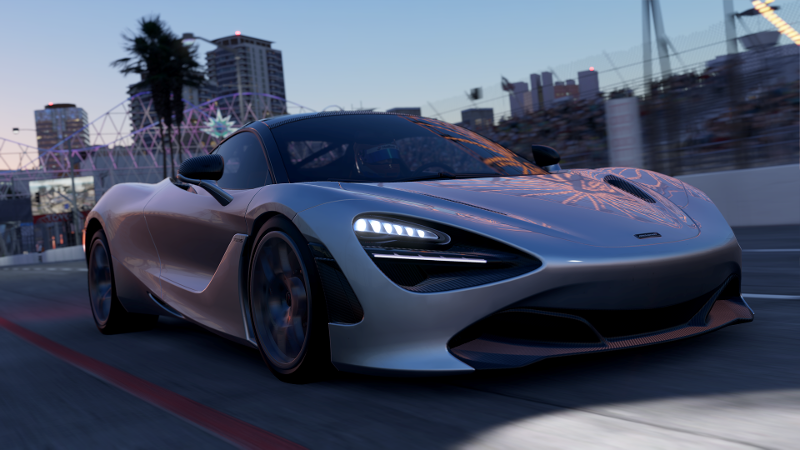 However, while the cars themselves and elemental effects are stunning, the same can’t be said for the environments – another complaint we had with the original game.

While the graphics are much better on PC than on PS4 or Xbox One (as with most games), even running the game on PC with ‘ultra’ graphic settings provided underwhelming environmental graphics. Blades of grass were pixelated and background elements like trees and mountains lacked any real detail, noticeable even when driving at 100mph+.

Admittedly, the game is about racing rather than appreciating the detail of the world its set in as it’ll be a blur most of the time, but it’s worth pointing out nonetheless – especially when the likes of Forza Motorsport 7 is out very soon, and looks absolutely stunning.

Speaking of tracks, there are many available in Project CARS 2 – in fact, the developers have confirmed that there are 60+ tracks present in the latest game with a total of 139 layouts.

That, coupled with the fact that there are over 170 cars available in the game, from go-karts to supercars and everything in between, there is enough variety to keep even the most dedicated petrol head occupied for quite a while. 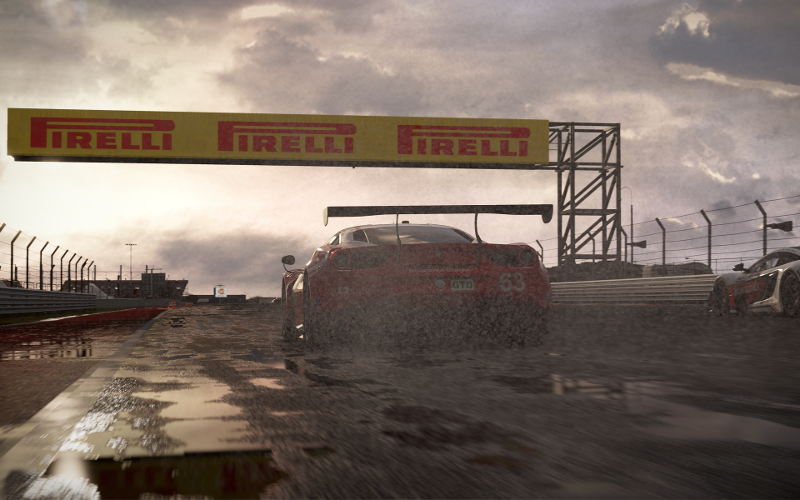 The systems used in Project CARS 2 are more advanced than ever, too. First up, there’s a more advanced AI system in use, providing a more realistic challenge when going head-to-head with NPCs (non-player characters).

The developer has said that the AI system provides more natural gameplay for AI-powered drivers, meaning that the drivers may make human errors like not replacing worn down tires on a long race and occasionally taking a corner completely wrong. They’ll also act more human too, with AIs becoming more competitive (and even shunting the competition) when they’re in a high position close to the finish line.

There’s also a more detailed weather system that includes seasonal weather that’ll have different effects on different tracks – races set in autumn may feature rain that’ll make the track more slippery, while races set in winter will likely have snow and ice on the track.

That’s also possible in part thanks to the introduction of LiveTrack 3, which dynamically changes the quality of the track based on the environment. For example, if it’s rainy, it’ll have a different effect on control and traction compared to a dry track, and if there’s debris from somebody that has gone off-track, that’ll effect things like grip too.

It goes deeper than that though, as the developer has even included things like dynamic drying lines on the track for extra authenticity – driving in a similar line to those around you will dry that particular path quicker than the rest of the track, providing more grip than the surrounding tarmac.

Small features like that will likely go unnoticed by many players, but it’s a small detail that pro players driving supercars at 200mph+ will appreciate. Wet areas on the track also dry differently depending on light levels, driving conditions and even unevenness in the track – it’s all accurately simulated, and it’s incredibly impressive. 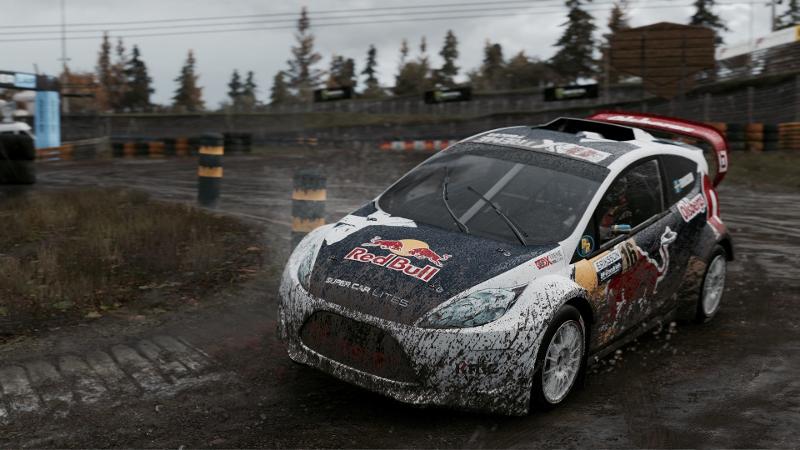 Each of the 170+ cars available were developed with the idea of being as close to the real thing as humanly possible, and Slightly Mad Studios worked with a range of car manufacturers to make sure that the digital copies were up to scratch.

In fact, they were so dedicated to the idea of making the cars as true-to-life as possible that they got test drivers from the likes of Ferrari to drive the cars in a driving simulator to confirm that they handle as they would in real life.

This means that the handling is vastly improved in Project CARS 2, especially the physics and handling when cars are “over the limit” – a big point of criticism from fans of the first game. It hasn’t dumbed down the controls though, as there’s still a learning curve when jumping into the game for the first time – especially when it comes to taking tight corners, something we’re particularly bad at!

One of the biggest improvements is in the drifting department, as the developers have worked hard to make sure that cars can go ‘sideways’ in the new game, an especially important feature for those that want to get the most out of the new Rally-cross driving mode.

While it’s still hard to control a drift in the new game, it’s much more realistic than it once was, and opens up a whole new experience (and the learning curve that comes with it!) for fans of rally-cross. 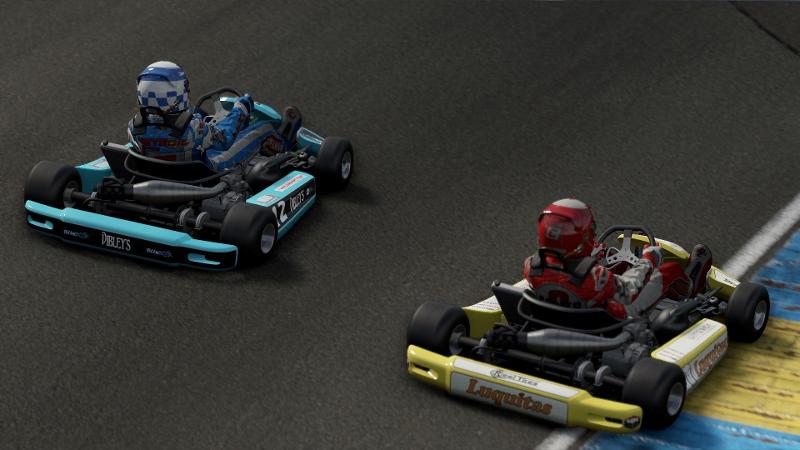 Despite the developers putting more effort into controller support in Project CARS 2, it was still an underwhelming experience. Admittedly we’re not the greatest at racing games, but our time playing Project CARS 2 with a controller was largely frustrating. We just couldn’t achieve the level of finesse required to enjoy the game when using the controller, even with a range of assists on.

Sure, there were times where it all came together and we managed to perfectly overtake during a wide bend, but those epic moments were few and far-between when using a controller.

But using a steering wheel? That’s a completely different story.

Project CARS 2 is a driving sim, so it’d be silly not to try the game with a steering wheel and pedals for the ultimate experience. To test the full-on experience, we opted for Logitech’s G920 steering wheel setup – it’s a little expensive at £195 on Amazon, but the experience it provides for racing fans is worth every penny.

Even without using the game with a VR headset (it’s compatible with Oculus Rift and HTC Vive), using the steering wheel provided a much more immersive and enjoyable experience than using a controller.

It gives you greater control over your acceleration, breaking and steering, allowing you to take more risks and feel like more of a badass when you perfectly execute a complex manoeuvre on the final stretch of the last lap of the race.

Our performance when using a steering wheel compared to a controller really was night-and-day, and we wouldn’t go back to using a controller after using the wheel. 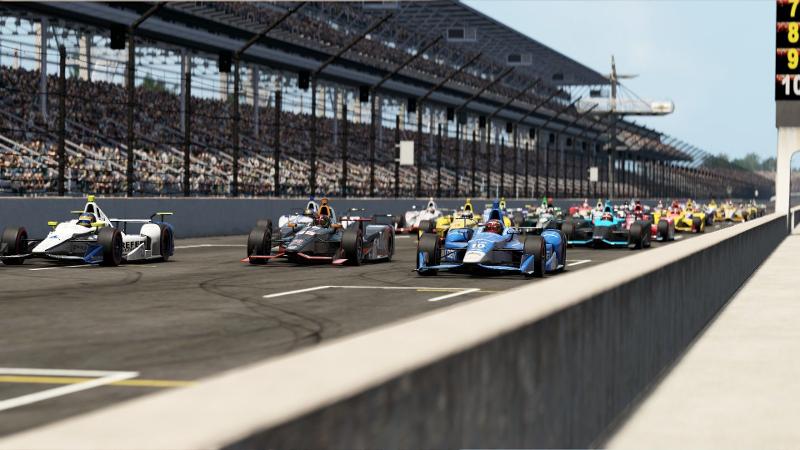 Project CARS 2 has both single- and multiplayer capabilities, much like the first game in the series. And, like that game, the campaign of Project CARS 2 lets you work your way up from Go-Karts to F1 supercars, competing in a variety of series’ taking place across the world.

There’s extra motivation to play the campaign this time around too, as using cars from the same manufacturer 10 times grants you access to an exclusive vehicle for use in the quick-race and online elements of the game.

But what if you don’t want to play through the campaign? What if you just want to create your own race with your own rules and regulations? That’s also an option in Project CARS 2.

You’ll have access to all 170+ cars and all tracks right from the beginning, so if you want to create your own Le Mans-style 24hr (real time) race with Minis at Brands Hatch, that’s an option. You can customise everything, from the time of year to the weather to the cars and even the skill level and aggression of your opponents.

The multiplayer will offer a range of race types at locations around the world, but we can’t yet comment on this as the multiplayer features were offline at the time of reviewing. We’ll head online once the servers are up, and will update this section with more information then.