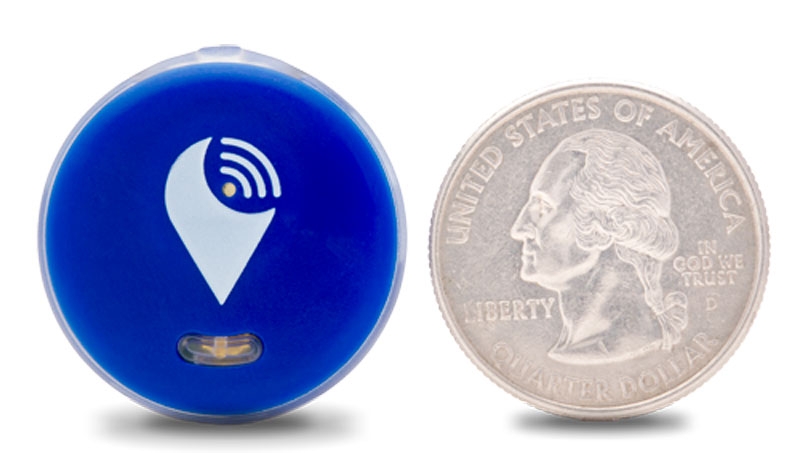 The Pixel has a couple of useful upgrades over the TrackR Bravo, such as its LEDs for easier location in the dark and its even smaller size. It’s good that the battery is replaceable, but not that it still lacks waterproofing. As a package, it still can’t beat the Tile Mate which remains our pick of the Bluetooth trackers.

Bluetooth trackers can be an inexpensive way to keep tabs on valuable items, or those you simply can’t afford to lose, such as your house or car keys.

The Pixel is a refinement and upgrade from TrackR’s Bravo, a keyring-sized device that I’ve been testing and using for over a year now.

One of the attractions of the Bravo was that – unlike its major rival, the Tile Mate– it had a replaceable battery.

However, I found the Bravo unreliable and that batteries would last mere weeks rather than the year or so promised. TrackR assured me the Pixel was an all-new device that had no such reliability issues.

I’ve had the Pixel for only a few short weeks, so consider this an initial impressions review: I’ll update it after a longer period of testing.

There are no surprises in this department: you can buy a TrackR Pixel for £23.99 in the UK or $24.99 in the US. That’s the same price as its predecessor.

This is the going rate for such a gadget, although you will find unknown brands selling Bluetooth trackers for a few pounds on Ebay and Amazon.

The Pixel is tiny. It measures just 26mm in diameter and is 5.6mm thick, so it’s smaller than the Tile Mate.

So small, in fact that there’s no hole through which to thread your keyring. Instead a short cord is provided, or you can use the sticky pad to attach it to a flat surface.

It’s so light, I’d be happy to attach it to a cat or dog collar. It’s unlikely you’d ‘lose’ your pet within Bluetooth range, so you’d probably only do this if you wanted to take advantage of the Crowd Locate Network which can provide a last-known location if another TrackR user picks up the signal of the lost moggie or doggy.

A new feature is built-in blue LEDs which flash along with the (now louder) 90dB siren, which helps in the dark, or if you’ve accidentally put a piece of paper over your keys.

The battery is still replaceable: twisting off the rear cover reveals a CR2016 coin cell. There’s still no water resistance beyond ‘light moisture’ though, so if you drop your keys on the pavement and it rains, there’s no guarantee the Pixel will work afterwards. It probably won’t.

Nothing has changed in the app, so you’ll get the same intuitive interface as with the Bravo. There are a couple of features worth mentioning here, though.

One is Family Sharing that allows others to share your account. They just need to install the app and you give them permission to track your stuff. 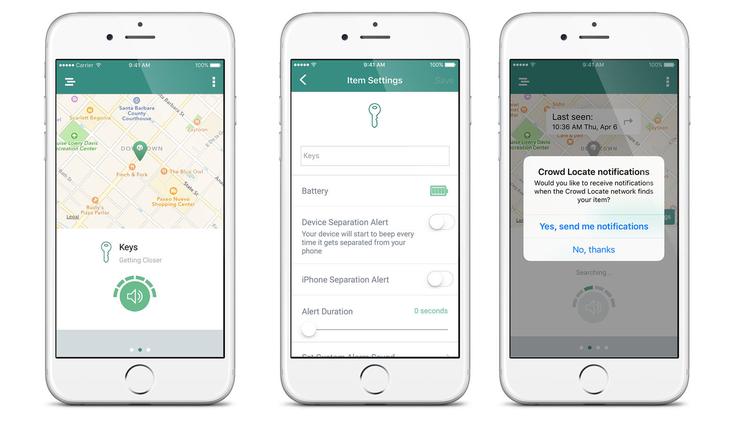 Another is Alexa integration. Rather than having to grab your phone and launch the app, you can ask Alexa to find your missing keys / wallet / diary etc.

And as before with the Bravo, you can press the button on the Pixel to ring your phone: ideal if you’ve got your keys in your pocket but have misplaced your phone.

Separation alerts are disabled by default in the app. By TrackR’s own admission, they’re not reliable and drain the battery.

The other improvement over the Bravo is increased range. However, it’s not a difference you’ll notice in the real world. I tend to leave my house keys in my car from time to time and the Bravo was never ‘found’ in the app even if I was standing right by my front door.

That always disappointed me, as both the second-gen Tile and newer Tile Mate always showed up as ‘nearby’.

The Pixel, sadly, also failed to be found when (intentionally) left in the car and checked from just inside the front door.

In the open air, the range was better, losing connection at around 50 feet. However, it still took longer to establish a Bluetooth connection than the Tile Mate, even when the device was in the same room as the phone (I used an iPhone 7 Plus to test both).

There’s another problem too: the Pixel uses the same siren noise as the Bravo. And as with the Bravo, it’s not too difficult to hear but it is hard to work out where the sound is coming from.

I find it much easier to pinpoint where a Tile is located using its more melodic buzzer.

Finally, there’s still the issue of user base. It’s all very well if your lost item is within Bluetooth range, but if you don’t misplace it in the places you frequent, you’re reliant on the network of fellow users to roam near enough to give you a location.

Tile’s user base is much larger, meaning there’s a greater chance your item will be found. There are no guarantees of course, but it’s another consideration.

In terms of battery life and reliability, the Pixel hasn’t let me down. But as I’ve only had it for a month, it’s still early days.