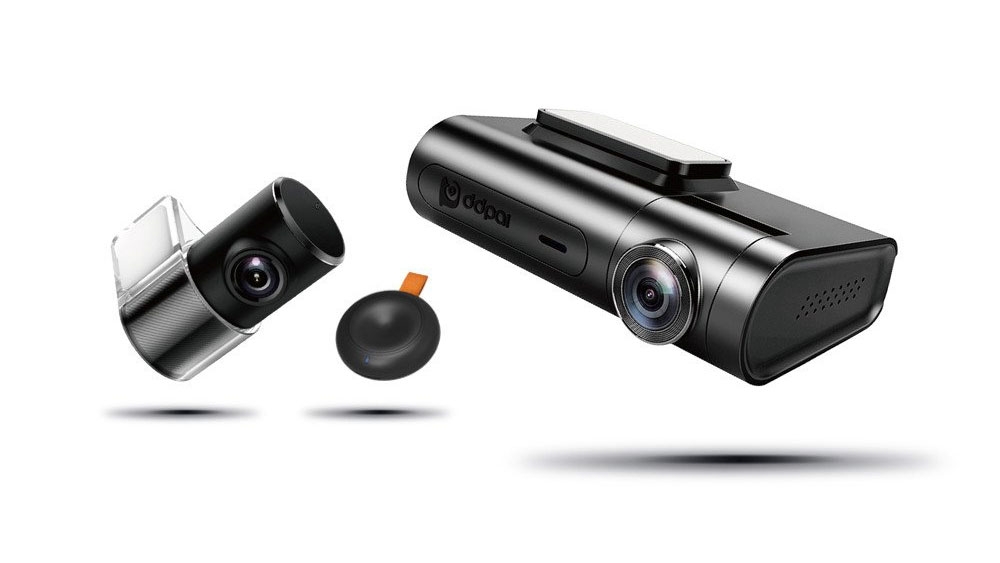 The X2 Pro is well designed and one of the most convenient and easy-to-use dash cams around. It’s great for quickly downloading clips to your phone and sharing them, a task that’s hard on most rivals. However, it’s expensive – you could buy two decent 1080p dash cams for less – and isn’t available locally in the UK, which means you’ll pay extra for import duty.

The DDPai isn’t the first dash cam I’ve seen without a screen, but it’s certainly the best. The X2 refers to the fact that there’s a second camera – on a long wire – which records the view out of the rear window, although you could stick it on any other non-moving window if you prefer.

Adding a second HD camera inevitably pushes up the price, but at US$299 (approximately £240), this is one of the most expensive dash cams around. And it’s not available locally in the UK – it has to be ordered via DDPai’s website and shipped from China. You’re likely to pay import duty as well.

If your car has a second accessory socket in the boot, it could well be cheaper to buy two standard dash cams, such as the Nextbase 312GW.

Also see our roundup of the best dash cams.

DDPai was set up by eight engineers from Huawei and the X2 Pro uses Huawei’s HiSilicon processors in both cameras.

Since there’s no screen, the unit is compact, but thanks to the ultra-slim adhesive mount the X2 Pro can easily hide behind your rear-view mirror.

The lens rotates so you can adjust it for the best view and the whole device is easy to remove from the mount, save for the fact that two cables plug into it.

One is for power (a 3.5m cable with a microUSB connector is supplied), the other runs to the rear camera. You might think you’d get a wireless rear camera at this price, but unless it was battery powered, you’d still need a wire – and a power source.

The other component is a wireless button which you can stick somewhere appropriate within the driver’s reach. Whenever it’s pressed, a photo is taken.

The kit includes a 32GB microSD card, but there’s support up to 128GB, which is 96GB more than most dash cams. And that means many hours of footage can be stored: don’t forget that two cameras create a lot of data.

DDPai has clearly thought hard about usability and to this end the only button on the camera itself is for muting the microphone to prevent sound being recorded. It lights up to tell you the mic is muted.

The device also talks a lot to tell you what’s going on, including when a GPS signal has been found, which is usually within 20 seconds or so.

If there’s a fault with the microSD card, video is recorded to on-board memory but the voice tells you “there’s a problem with the SD card” every couple of minutes.

The main interface is via the app, which is available for Android and iOS. You connect via Wi-Fi to the X2 Pro and you can review and download videos and photos.

Oddly, though, there are hardly any camera settings. All you can change is the resolution. There’s no need to set the date and time as this is done via GPS, but it does mean you don’t get any choice about what information is stamped onto the video, which is just the date and time.

Worse is that you can’t disable the annoying start-up welcome message which says “Hello ding ding pie”, and sometimes twice. All you can do is adjust the speaker volume via the app.

The app itself is one of the best around. Although there’s a bit of a delay because you’re streaming video via Wi-Fi, performance is the best I’ve seen from a Wi-Fi dash cam. This is potentially down to the use of those HiSilicon processors.

They’re by no means high end – there’s no support for recording at 60fps, for example – but the whole system is responsive. 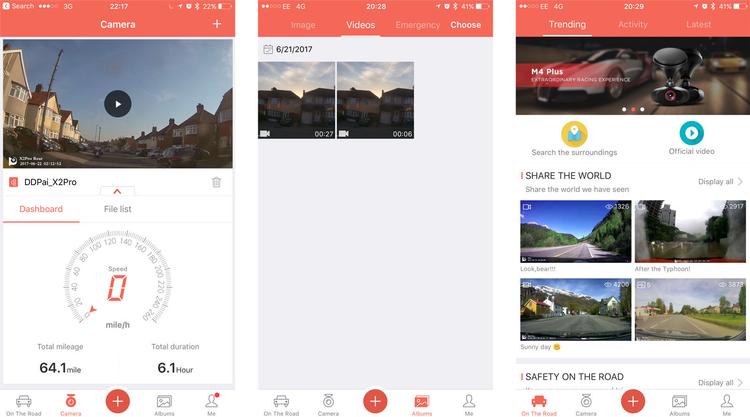 You can scroll through thumbnails of the videos rather than a list of filenames, which means it should be quicker to find what you’re looking for.

The best part, though, is that you can start a download, then stop it before the complete file has downloaded. It means you can grab just the section you need (the video plays while downloading so you can see what’s being saved) which saves time and storage space. 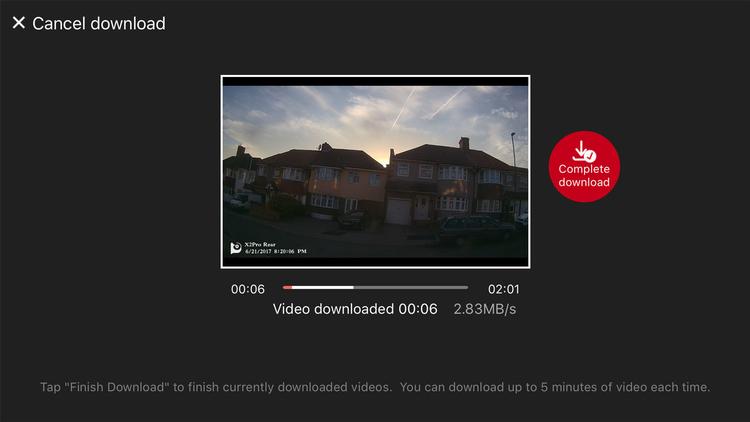 Downloading was a little hit and miss. Some files failed every time, while others started downloading almost instantly. Of course, you can grab the microSD card from the camera and pop it in a card reader to more quickly transfer lots of files to your laptop or PC.

If you’re viewing files directly from the camera, you’ll see a map and your location on it, and you can swipe to a ‘dashboard’ screen to see speed and other data. But for downloaded videos, you’ll just see the video.

The app allows you to trim videos, add music, remove any recorded audio and then share them by any way your phone allows, such as uploading to cloud or social media sites, by message or email, or you can even use the social aspect to post your footage or photos for other DDPai users to see and comment on.

Correct English isn’t the app’s strong suit: the firmware upgrade message is so confusing, you’re left wondering if it’s safe to tap ‘Update now’ or not. 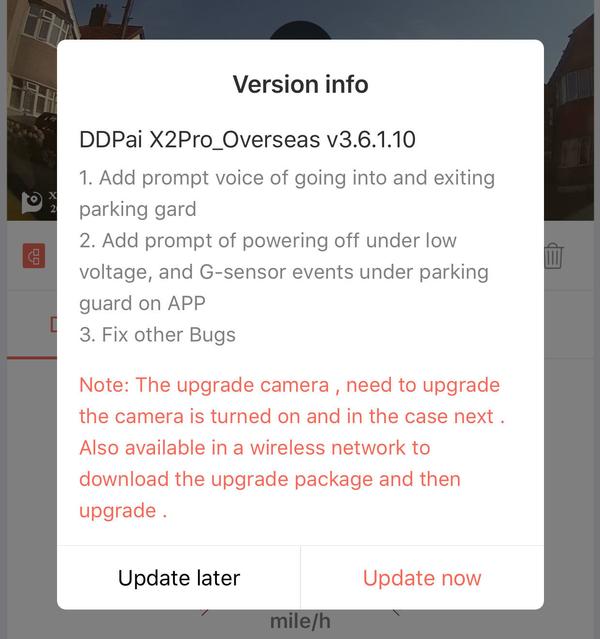 In July 2017, a 4G version will launch so you’ll be able to view and download video files from the camera even when you’re miles from your car. There’s no word on pricing for this, however.

Video quality from the front camera is good, but it’s not noticeably better than a £100 dash cam. There is a good amount of detail, and you can generally read signs and number plates when you pause the video on a laptop or PC – not your 5in phone screen because there’s no way to zoom in on the video.

At the rear, 720p video has a much lower bitrate of 3Mb/s. This means quality is noticeably poorer and it can sometimes be tricky to work out whether a numberplate has an O or a D on it.

At night, quality is also good but as with all dash cams, it’s rare you’ll capture registration plates unless you’re very close and your lights aren’t reflecting off them.