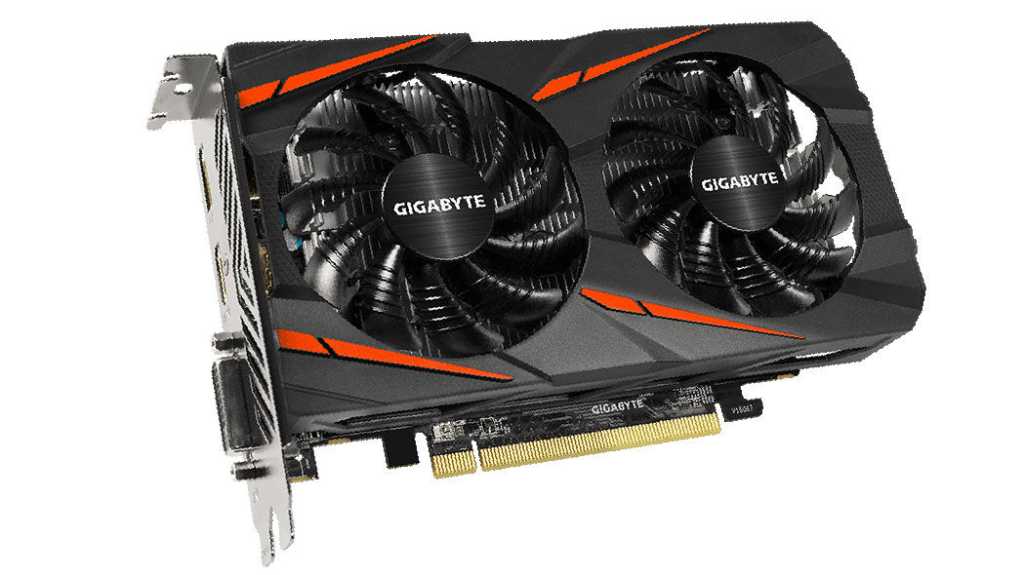 Although a low-cost card, the Gigabyte Radeon RX 550 Gaming OC 2GB never seems cheap. It offers excellent build quality for the price and it’s uprated cooling lets you choose between performance and silence. Performance is more than adequate for older games and good for less demanding titles such as e-sports. It’s price is, however, a little high for those trying to spend as little as possible, bringing it very close to the price of the much faster RX 560. This card is therefore best for those whose PCs don’t meet the power requirements of the RX 560 but want the best performance they can get.

Hot on the heels of AMD’s Radeon RX 580 comes a range of lower-spec versions aimed at various price points and offering greatly differing levels of performance. Competing in the highly price-sensitive e-sports category is the RX 550, a low-cost card with all of AMD’s drivers enhancements, multiple display outputs and just enough performance to deliver solid frame rates in these hugely popular but less-demanding games.

HOW MUCH DOES THE RADEON RX 550 COST?

You can buy the Gigabyte Radeon RX 550 Gaming OC 2GB for £94.99 from Overclockers UK, but as is often the case, there’s an almost bewildering amount of choice when it comes to picking an RX 550, with many manufacturers offering multiple models with often very small differences.

There are also both 2GB and 4GB versions to consider (but don’t, whatever you do, actually consider a 4GB model).

Gigabyte has taken AMD’s reference design and added a new cooling system with twin fans. It doesn’t come with any fancy LED enhancements or expensive additions like a backplate, but it feels well made and offers quite premium looks for its price. 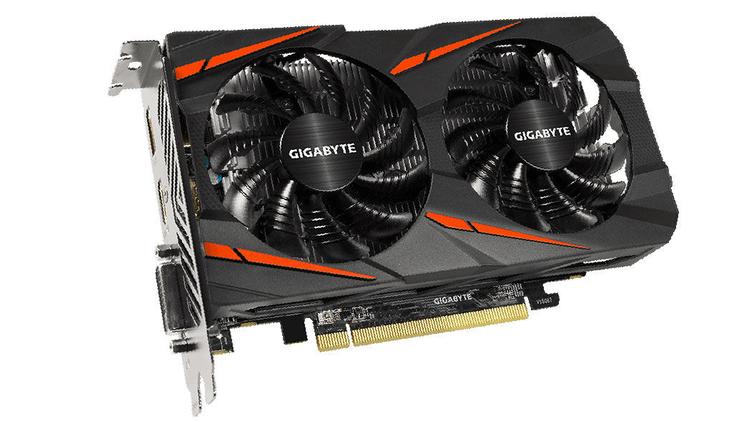 The card will take up two slots in your PC, so make sure you have room for that, but doesn’t need any additional PCI-Express power connectors to run. Given its relatively small dimensions, it should install quite easily into most standard-sized PC cases, helping to keep costs down if you’re building a new low-cost e-sports PC.

When compared to the enthusiast-level RX 580 reviewed earlier, the RX 550 uses a cut-down version of the same ‘Polaris’ technology based on AMD’s 14nm process.

The RX 550 runs at a standard boost clock speed of 1,183MHz, although this Gigabyte model is guaranteed to operate at up to 1,219MHz via the included one-click overclocking software.

The RX 550 features 512 stream processors and uses 7Gbps memory via a 128-bit bus and this review model uses 2GB of RAM. This is a much improved and more up-to-date spec than the rather out-dated R7 450 although still not at the level required for demanding games. 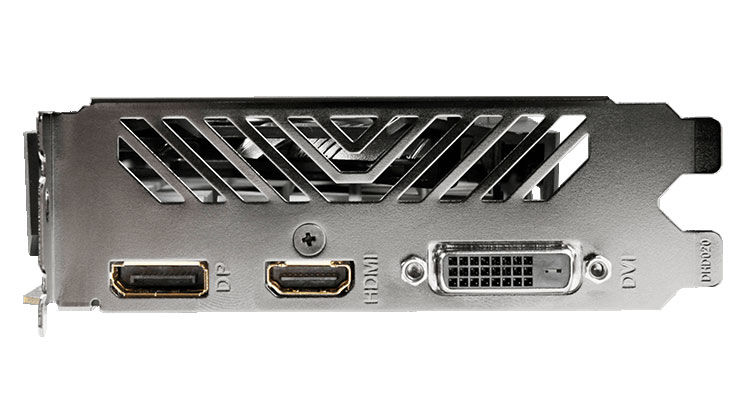 The card gives you DisplayPort 1.4, HDMI 2.0 and DVI-D outputs, allowing you to dive the latest displays at high resolutions, although not for gaming. You also get features such as HDR and FreeSync support as well as the latest APIs including DirectX 12, OpenGL 4.5, OpenCL 2.0 and Vulkan.

The Radeon RX 550 is all about delivering just enough performance for your needs while keeping costs as low as possible. Realistically, that means sticking to resolutions of 1080p and below and generally steering clear of current AAA games.

VR is, of course, right out of the question. The RX 550 may be based on the same Polaris technology which powers VR-ready cards such as the RX 580, but in this cut-down from it offers nowhere near the required performance.

Steam’s VR Performance test rates the card as ‘Not Ready’ with an average quality score of 0.1.

Turning to rather less taxing games, we start to see why the RX 550 makes sense in a budget system. In our tests Alien Isolation ran at 1080p resolution with Ultra quality settings at average frame rate of 48fps and topping out just under 60 fps.

This quite adequate for playing this sort of game on a 60Hz 1080p TV – and turning down the quality settings a few notches would enable you to hit 60fps on a PC monitor, albeit with less beautiful graphics.

If you really want to play something more modern like Deus Ex Mankind Divided, you’re going to have to drop all the way down to 720p in low quality settings before you can get smooth gameplay. This is not the kind of game the card was designed for and it’s no surprise that it fails to deliver.

Stick to older games and e-sports however, and the Radeon RX 550 can form part of a low-cost system with high frame rates plus all the other extras which come along with the Radeon brand, such as game recording and streaming; multiple display outputs and support for Freesync monitors to help smooth out games even further.

Testing in OC mode kept the card’s twin Windforce fans blowing throughout, but they were peacefully quiet, so there’s no need to switch to the fanless Silent mode unless you’re using your PC for noise-sensitive tasks such as listening to music in a quiet room.

If e-sports are your thing or you just want the enhanced user experience you get from AMD’s software then a Radeon RX 550 may be a good choice. However, it’s all going to come down to price.

The RX 550 is for people who want to spend as little as possible on a graphics card without compromising gameplay. And this means ‘extras’ which add to the price without taking your gaming to the next level simply aren’t worth it.

At £94.99 the Gigabyte Radeon RX 550 Gaming OC 2GB is a little pricey considering it gives you just a tiny bit more performance than the default stock speeds and other manufacturers, such as PowerColor, are selling more powerful 2GB RX 560 cards for only around £5 more.

We most definitely urge you not to pay more for a 4GB RX 550. It won’t help you at all with the kind of games for which the card is best suited and any extra money you have would be better put towards an RX 560.

That being said, there is one very important difference between the RX 550 and the RX 560. The faster card requires a 6-pin PCI-E power connector to run, so if your PC doesn’t have the required power supply, you can either try your luck with an adapter cable or stick with the RX 550.

And this is where overclocked models such as the one we’re reviewing here come in, as they represent the best performance you can get for your current PC hardware.