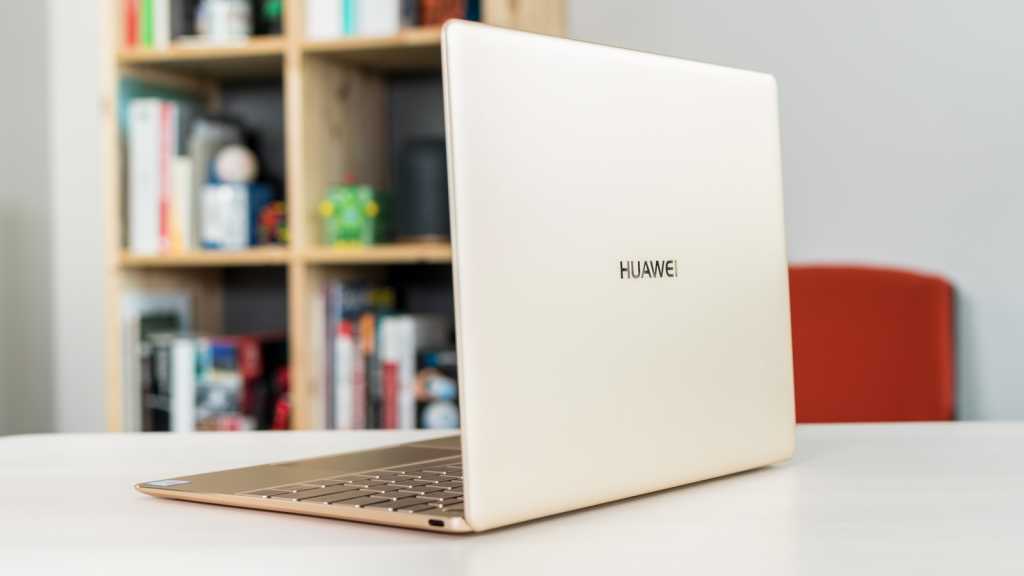 The MateBook X would be an impressive laptop under any circumstances – the fact that it’s Huawei’s first just makes it even more so. Huawei has definitely nailed the design and build quality, while the keyboard is also impressively tactile for such a thin machine. The price might be a barrier for some consumers, but if you’re in the market for an ultrabook then Huawei has instantly earned the right to be in the running.

Huawei has had a relatively meteoric rise into mainstream tech consciousness over the past five years. Its P10 is an excellent smartphone, its MediaPad M3 a great tablet. Now, following on from last year’s 2-in-1 MateBook, it has entered the Windows 10 laptop market with the MateBook X.

The device is slick, metallic, and well thought out, and Huawei clearly hopes it will be enough to tempt people away from the MacBook and macOS. We spent a week working with the Windows 10 device to find out if it’s up to the task.

It’s still not clear exactly when the MateBook X will be available to buy in the UK, but Huawei has promised it’ll be along in summer 2017 so hopefully we don’t have too long to wait.

The company also hasn’t announced pricing for the UK yet, but we do know how much the three available models will cost in Europe. The base model, with a Core i5 processor at 256GB storage, will cost €1399. To upgrade to 512GB you’ll need to spend €1599, while throwing in a Core i7 will set you back €1699.

The closest comparisons to the base model are the MacBook at £1249 and the Surface Laptop at £1249, so the pricing is roughly in line with Apple and Microsoft. The Core i7 version also compares favourably to the Surface Laptop’s £1549 model, which only comes with 256GB storage.

Still, there’s no getting away from the fact that whatever you compare it to, the MateBook X is an expensive laptop. So what do you get for your money?

The MateBook X is a real looker, there’s no denying it. Available in Prestige Gold, Space Grey, and Rose Gold, the machine clearly takes its cues from Apple’s 12in MacBook – something Huawei executives admitted to us in an interview at the launch.

Huawei has built a unibody metallic laptop that is, as they proudly point out, smaller than an A4 sheet of paper. The full dimensions are 12.5 x 286 x 211mm, while it weighs 1.05kg. There’s a slight taper to the body, though it’s less extreme than on some of Apple’s laptops, and the overall impression is still that this is slim, lightweight, and ultraportable.

In that space they’ve crammed a good looking 13in non-touch display that runs at 2160×1440 and 200 ppi, with an aspect ratio of 3:2. The slightly squarer screen takes a little getting used to if you’re coming from the more common 16:9 ratio, and it will mean some extra black bars if you’re watching video, but we loved the extra screen real estate it provides, especially when working on long documents and spreadsheets.

It might irk some that the company has jumped on the USB-C bandwagon, but it is now inevitable. The MateBook X has two ports at least, which is good – the one on the left is for power and data transfer, while the right is for data transfer and docks. There’s also a single 3.5mm headphone port right next to the power port.

The new MateDock 2 is also included in the box, with USB-C, USB-A, HDMI, and VGA, so there’s really no need to feel that the switch to USB-C limits the MateBook X’s functionality.

One notable addition is the subtle circular power button above the keyboard that acts as a fingerprint sensor, and works very well indeed, letting you turn the laptop and sign into your Windows account with just a single button press through Windows Hello.

It sits to the right of the dual speaker grill, which boasts a Dolby Atmos sound system – the first time one’s ever been put into a laptop. More on that later.

The keyboard has pleasantly responsive chiclet keys that match the colour of the device exactly, and have a comfortable, low travel. It’s backlit, as you’d expect at this price point. The trackpad is also smooth, responsive, and a comfortable size.

Really, it all just works, and there’s very little to complain about when it comes to the design and build. It’s clear that Huawei has built a really nicely designed laptop – even more impressive given that it’s their first.

The MateBook X comes in three different specifications. The base model has a Core i5-7200U, 256GB SSD, and 8GB of DDR3 RAM, with Intel’s HD Graphics 620 providing the graphical oomph.

If you want to upgrade, the middle specced model is identical except for an upgrade to a 512GB SSD, while the most expensive version keeps the larger hard drive and swaps the i5 out for a faster i7-7500U chip.

It’s worth clarifying that whichever model you buy, you’re not getting the full desktop processor – this is a mobile-specific version built for lower power consumption and a slimmer form factor. The i5 runs at 2.5GHz and maxes out at 3.1GHz, while the i7 runs from 2.7GHz up to 3.5GHz.

In benchmarks, our review model (the highest spec version with the i7) scored an impressive 2760 in PCMark 8 and 8596 in Geekbench 4’s multicore test. That’s enough to beat Dell’s latest XPS 13, though it lags slightly behind the Asus Zenbook 3 in PCMark.

Either way, between the i7 chip, 8GB of RAM and an SSD, the MateBook X was more than fast enough for our needs, happily handling a barrage of Chrome tabs, playing music, and image editing simultaneously without ever slowing down.

Still, one area it can’t keep up is gaming, thanks to relying on Intel’s integrated graphics processing. Even at 720p, with graphics set to low, it could only run 2014’s Alien: Isolation at an unbearable 18 frames per second on average. You’re not likely to buy the MateBook X with gaming in mind, but it still bears repeating: don’t.

Huawei quotes 10 hours of battery life on 50 percent brightness, which is in line with our experience using it as a work device. It’ll happily run for a full work day with battery life to spare, and should hold its own against all but the binge-iest of Netflix binges.

Refreshingly, it’ll also serve as a great Netflix machine thanks to the quality of the in-built speakers, courtesy of Dolby Atmos. These produce impressively deep, rich sound for both music and video – so much so that we never felt the urge to hook the MateBook X up to external speakers. It’s not going to blow anyone away at a house party but for day-to-day listening this is miles away from the tinny laptop speakers of the past.