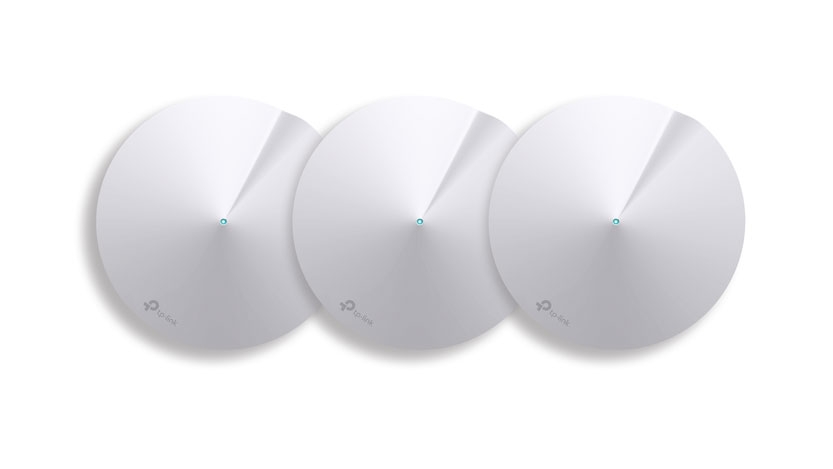 We can’t fault the Deco’s performance and ease of use, although not many UK homes will need the 4500 square foot of coverage offered by the three-pack. But if you’re looking for a mesh networking kit that can provide a fast, reliable Wi-Fi signal throughout your home, then the Deco will really earn its keep.

TP-Link is the latest networking company to launch a mesh network system. It’s called Deco because the aim is to ‘paint your home with Wi-Fi’.

The Deco follows a now-familiar format, with a kit consisting of three very compact wireless routers that can be placed in different rooms around your home.

This allows them to provide reliable Wi-Fi coverage throughout your home, even in areas – such as an loft bedroom – that a single, conventional Wi-Fi router might not normally be able to reach.

The Deco is only a router, though, and doesn’t include a modem for connecting to the internet.  So – as with most of its mesh rivals – you’ll need to use the Ethernet cable included in the box to connect it to your existing broadband modem or router for internet access.

It’s best to think of it not as a router, but as replacing your existing router’s Wi-Fi signal.

You can buy a Deco unit individually for £100, although they’re so new in the UK that they’re hard to find at the moment.

Only larger homes that need wider and more reliable coverage will need three units, which will cost £250 when they go on sale in the UK. That’s a more expensive than the three routers included in BT’s Whole Home Wi-Fi mesh networking kit (£195), but still far less expensive than state-of-the-art, tri-band rivals such as the Linksys Velop, which costs £350 for two routers, and a whopping £500 for three routers.

The devices themselves are neatly designed though, looking like miniature flying saucers that stand just 40mm high and 120mm in diameter. They’re considerably smaller and less obtrusive than rivals from BT, Devolo and Netgear. 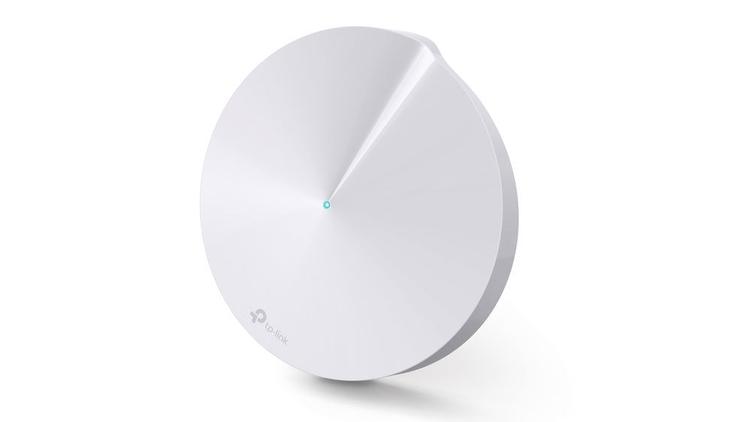 You can place a Deco on a convenient shelf and barely notice it.

Each acts like a conventional dual-band 802.11ac router, with a total (theoretical) throughput of 1267Mbps. They have four internal antennae that support 2×2 MU-MIMO.

There’s a USB-C connector on each unit, which is used for the power supply, and two Gigabit Ethernet ports for wired connections, so you can attach a PC or other gadgets that don’t support Wi-Fi. 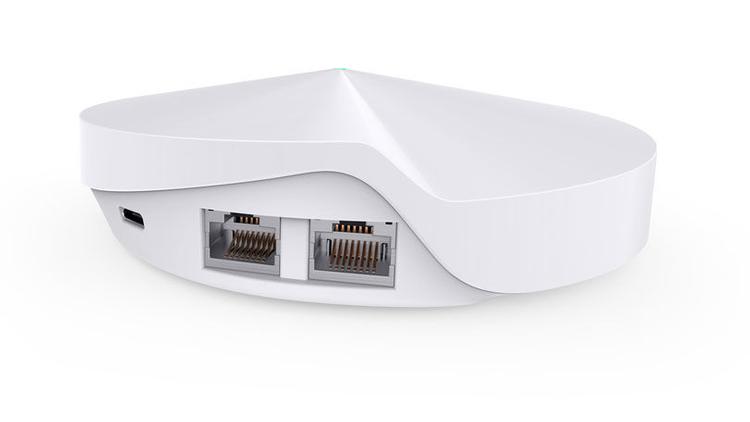 Setting up the Deco system is simple and straightforward. All you have to do is download the Deco app – available for Android and iOS devices – and follow the instructions that it provides.

Our only complaint here is that the app forces you to set up a (free) account with TP-Link before you can even get started – which is irritating if you just want to plug the Deco in and get online in a hurry.

But, once that’s done, the app uses Bluetooth to connect to your first Deco and confirm that it’s properly connected to the Internet, and then prompts you to provide a name and password for your new Deco network.

To add a second or third Deco to your network you simply tap the ‘Add’ button and the app will automatically locate and connect each unit for you.

The app provides a number of other useful options as well. For one, it allows you to create a temporary guest network for visitors, and we also like the option to hide the Deco network so that nosy neighbours can’t see it.

The parental controls are good, allowing you to save multiple profiles for children of different ages, and there’s a ‘Pause’ button that lets you quickly block Internet access completely at dinner-time, or other times when you need to get the kids’ attention.

You can also set time limits – perhaps three hours online during school days, and four hours at weekends – or simply schedule ‘bedtime’ that automatically cuts off internet access at specific times. There’s no browser interface to cater for more advanced users, but the Deco app is ideal for home users who just want basic controls that work quickly and easily.

One of the downsides of the Deco system is that Wi-Fi devices connected to the network can’t see wired devices attached to your main router. For example, our iMac could no longer ‘find’ our printer that’s connected to our BT Home Hub via a network cable after switching from the Home Hub’s Wi-Fi to the Deco.

If this puts you off, then remember that each Deco hub has two Ethernet ports, so you could connect a wired device, such as a printer that you want to share on the network. And you can buy a 5-port ethernet hub for less than £20 to add an extra four wired ports to any Deco unit.

The Deco performs well too. Each Deco acts as a fairly conventional AC1300 router, and with the first Deco set up in my front room I recorded an average speed of 342.5Mb/s.

That’s hardly record-breaking, but still more than adequate for the feeble speeds we can get from BT Broadband here in the rural wasteland known as ‘Central London’.

However, the emphasis with mesh networking systems is of course to distribute that internet connection across your whole home, and this is where the Deco starts to flex its muscles most effectively. 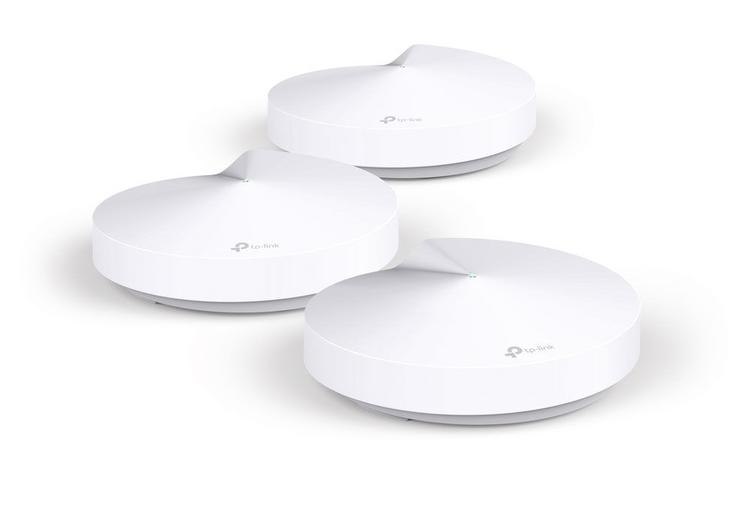 There’s a back bedroom in my home where the Wi-Fi signal from my old BT Home Hub is so slow and unreliable that I normally use powerline adaptors to provide a wired connection instead.

But, with a second Deco set up in that room, I got a consistent average speed of 330Mbps – only fractionally slower than the full-speed connection in the front room. Highly impressive.

A three-pack is a case of overkill for my humble abode, and some people might just prefer to buy two individual routers for £200 (or $260).

However, for those that do need three devices, the fact you can now buy BT’s Whole Home Wi-Fi, which includes three discs, for under £200 means it’s better value.