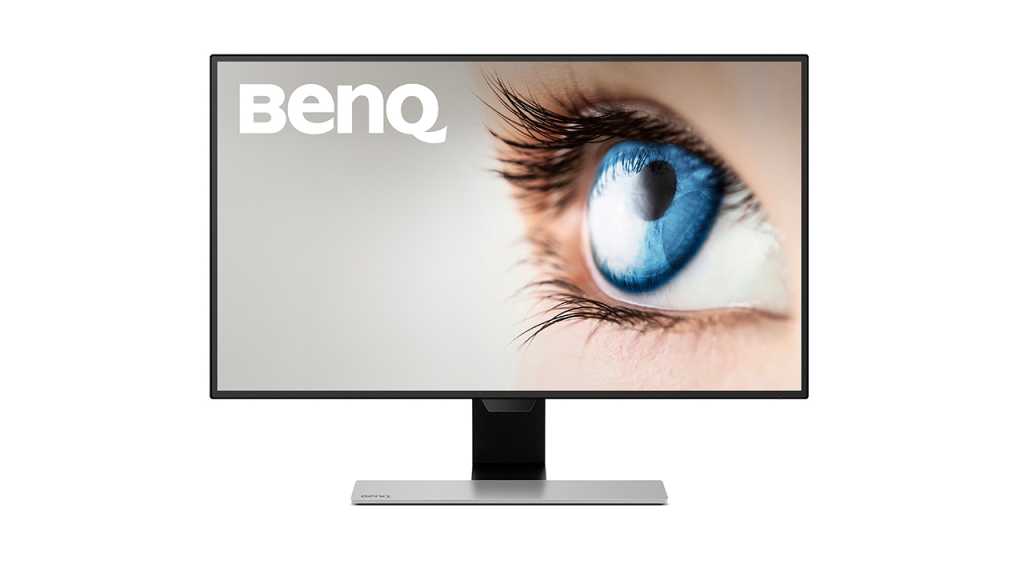 Easy on the eye but not the wallet, the EW2770QZ won’t be attracting many home users. Where it excels is in a working environment, like an open plan office, where depending on the time of day and weather, viewing the screen can be an ophthalmic nightmare. In that precise scenario, the EW2770QZ has no equal.

When BenQ recently launched its EW2770QZ, it was presented as a ‘premium entertainment LED monitor’. That description should be taken to include those who use on their PC for a wide range of uses, not specifically gamers or graphic designers. And, the pricing would strongly suggest it’s directed more as business buyers, or those who insist on having the very best technology in their homes.

It is also the first monitor in BenQ’s range to offer a unique feature that doesn’t easily compare with competitor products… yet.

If this is out of your budget, check out our list of the best monitors.

Aesthetically BenQ succeeded in making this screen remarkably elegant in both the shaping of the case and the ‘T’ support foot. Often screens look like the support was an afterthought, but this one combines functionality and styling without compromising either objective.

The screen has just an 8mm bezel in all directions, presents a thin profile along the sides, before curving to a thicker central mass where the provided support connects.

It is possible to remove the support structure and use the VESA 100 mounting holes to connect it to a wall bracket or independent mount, should you have those.

The only caveat to the elegantly curved back is that along the edges it is 60mm further outwards than at the centre. Therefore, can’t be flush-mounted using to a wall.

The standard inputs are two HDMI 1.4a and a single DisplayPort 1.2, and there is also a 3.5mm audio line out, should you wish to forego the 2-watt internal speakers and use headphones instead.

IPS technology offers excellent 178-degree viewing angles in both horizontal and vertical aspects, a wide colour gamut and at the quoted 350 cd/m² backlight output it is bright enough to make it viewable across a large range of indoor lighting conditions.

But, and this is where the EW2770QZ diverges from almost every other screen available at this time, is how the backlight and colour temperature are controlled isn’t something the user just sets and then forgets.

Brightness Intelligence Plus Technology (B.I.+) uses an inbuilt-sensor to sample the environment, and then dynamically calibrate the monitor while it is being used. The objective is to provide an optimal viewing experience as things change, avoiding manual interventions and non-optimal settings.

It’s a lot like the True Tone feature Apple has put in the 9.7in iPad Pro.

While the levels might change from minute to minute, the objective is to maintaining perception of brightness, colour and hue and saturation.

In default factory settings, a small icon appears at the bottom left to inform you that the sensor has detected a change and adjustment is occurring.

That feedback can soon become distracting, but thankfully BenQ allows you to disable it without turning off B.I.+ functionality.

Alongside B.I.+,  the EW2770QZ has also been empowered with a flicker-free mode and low blue light performance, reducing the potential eye-strain impact of long computing sessions.

The blue light reduction has four settings designated as Multimedia, Web Surfing, Office and Reading, that start by cutting 30 percent on Multimedia, and goes down to 70 percent using Reading mode. It can also adjust the colour temperature of the monitor over time, to reduce possible eye strain.

How well these features work with any one person isn’t easy to predict, but at least BenQ is taking steps towards protecting the eyes of those that spend numerous hours at their screens.

Where it could have done better was in including a USB hub and any vertical adjustment with their support arm, but the positioning of the menu controls is good, and the layout offers easy access to the inputs.

One irony of testing was that to achieve an accurate colorimeter analysis we were forced to disable the B.I.+ mode, arguably this display’s best feature.

With EW2770QZ is not attempting to continuously re-calibrate, the results revealed a screen that in some respects exceeds BenQ’s quoted specifications.  While not designed for professional photographers or graphic designers, 100 percent of SRGB and 82 percent of AdobeRGB is better than most, and the display Gamma is effectively glued to 2.2 over tone response curve.

Contrast at 100 percent brightness was 680:1, with a top brightness of 311.9cm/m². BenQ quotes 350cm/m², but screen brightness levels certainly aren’t an issue with this design.

At 25 percent brightness (106.3cm/m²) the black level is 0.17 cd/m², making the darkest parts of the image genuinely black and not a muddy grey.

Overall, the clarity of the panel is exceptional, and except for a minor frame shadow along the bottom edge, it’s also remarkably consistent edge to edge.

Blessed with a ‘B’ Class Energy rating, normal operating consumption is 32 watts, an annual kWh of 47, and when not in use standby requires just 0.5 watts. If you don’t have 100 percent brightness set, and B.I.+ is active, you can easy reduce the power demand to a very frugal 20 watts or less.

Performance wise, the EW2770QZ is good at most tasks, though not exceptional in any specific area. Without the Brightness Intelligence Plus Technology it would be considered overpriced, but this single feature elevates its desirability.