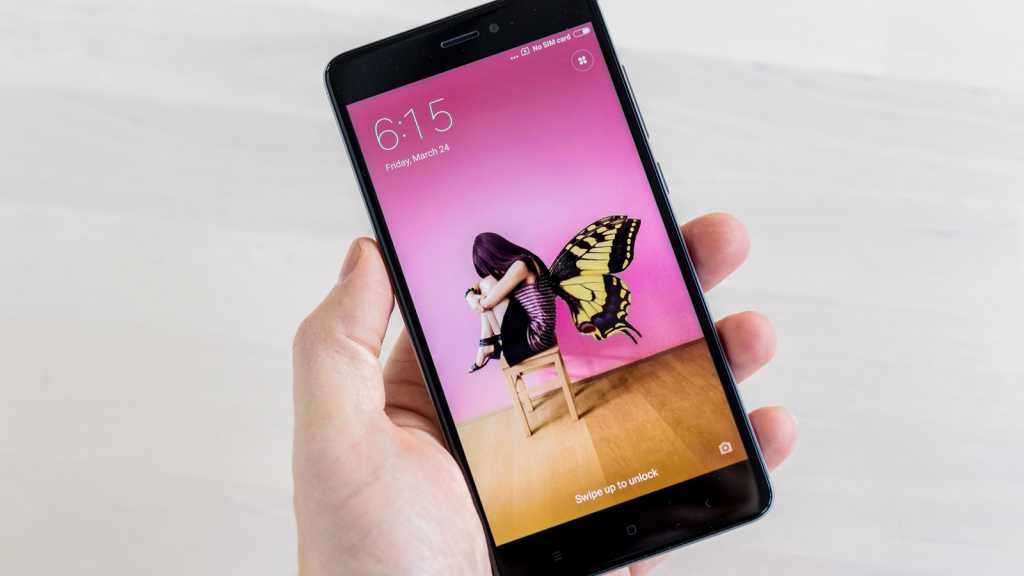 It isn’t a huge upgrade over the Redmi Note 3 or Note 4, but the Note 4X Global edition is a fine budget phone for UK users.

In August 2016 Xiaomi announced the Redmi Note 4 as the phablet in its budget line-up. We reviewed the Chinese version of that smartphone, which featured a 5.5in full-HD screen and reasonable performance from the Helio X20 deca-core processor. An international model launched later with the Qualcomm Snapdragon 625 onboard. Also see: Best Chinese phones 2017

Today we have in front of us the Redmi Note 4X, a nearly identical phone that was unveiled in February 2017 with the same 5.5in full-HD screen and Snapdragon 625 chip. To be fair it’s the global model, which means it works better for a UK audience (we’ll explain that in more detail below), and it has a few more colour options and swaps out the minimal plastic parts on the previous design for metal, but it’s otherwise the same phone.

Scan the spec sheet and you’ll notice a few other tweaks that you probably wouldn’t have realised had we not pointed them out: Bluetooth has been updated from 4.1 to 4.2, but 802.11ac Wi-Fi connectivity has been removed; the Samsung S5K3L8 sensor has been switched for a same-spec Sony IMX258; the IR port has moved over to the side on the top edge; and the screws that previously sat either side of the Micro-USB port are now gone. You also get MIUI 8.1, though of course you can easily update the OS on the earlier Redmi Note 4.

Those new colour options we mentioned are available only to the International and Chinese versions of the Note 4X, and you can get a pink, light green, champagne gold or black model from GearBest for £207.66 ($254.59/232.40€).

Both the international and global editions are suitable for a UK audience, but we thoroughly recommend UK customers opt for the global edition given its support for all three 4G bands used by our major mobile networks. The international models do not support 800MHz/Band 20, which means customers of O2, GiffGaff and Sky Mobile won’t be able to receive 4G connectivity at all, and customers of other networks may find their 4G coverage more patchy in certain areas.

If you are buying from GearBest, read up on the pros and cons of buying tech from China first. And be prepared that you may have to pay import duty on the phone when it arrives in the UK (20 percent of the value on the shipping paperwork, plus an admin fee of around £11).

The Redmi Note 4 saw some significant design changes over the Redmi Note 3, replacing its plastic top and bottom parts with a full metal unibody build. The Note 4X we see here doesn’t make any drastic changes, merely replacing the white plastic antenna lines with a shiny metallic band, but we’re just as keen on the design as we were the first time around. Also see: Best Android phones 2017

For a budget phone the Redmi Note 4X is very well made. It has fairly slim bezels to the left and right of the screen, which combined with the gently sloping edges at the rear prevent it from feeling cumbersome in a single hand. It feels tough and built to last, and it looks good too.

The two phones are practically identical in size and weight, with the Note 4X a slight 8.5mm thick and tipping the scales at 171g.

The twin speaker grilles stay put in their new home at the foot of the phone, and there’s still just a mono speaker found inside. The metal screws we could previously see either side are gone, but this will bother you only if you plan on opening up the Xiaomi and taking a look inside.

As before three Android-standard multitasking, home and back buttons sit below the screen, with the phone’s fingerprint scanner found at the rear below the camera. And you still get a headphone jack and IR blaster at the top, and volume rocker and power key on the side. Also see: Best mid-range phones 2017

The screen hasn’t changed either, and is still a 5.5in IPS panel with accurate colours and crystal clear resolution. This is, again, a full-HD (1920×1080 pixels) screen with a pixel density of 401ppi. And, as with the Note 4, it’s covered with a layer of 2.5D curved glass that makes a huge subconscious difference to your perception of the phone: running your finger over a smooth surface rather than a raised lip just feels so much more natural.

Those who purchased the International version of the Redmi Note 4 will unlikely see any performance gains in the Note 4X since it features the same 2GHz Qualcomm Snapdragon 625 octa-core processor, although there is a new 4GB RAM option to be had here. Also see: What’s the fastest phone?

Unfortunately, we didn’t test the Qualcomm-based Redmi Note 4, and our Note 4X is the 3GB RAM version.

When compared to the Helio X20 Redmi Note 4 we reviewed, performance from the Snapdragon 625-toting Note 4X is actually lower. We can’t compare our Geekbench processing speed scores, since the Note 4 was tested in Geekbench 3 and the Note 4X in Geekbench 4, but in both the AnTuTu core performance and GFXBench graphics tests the Note 4X turned in significantly lower scores. It did better only in the JetStream JavaScipt benchmark, and only slightly.

The Redmi Note 4 came with either 16- or 64GB of storage, and both supported up to 128GB of additional storage via microSD. You can still make use of expandable storage here, but Xiaomi has also bumped up the lower storage amount to 32GB. That’s great news, with 32GB quickly becoming the standard in this category. Also see: How to add storage to Android

Battery performance also falls into this category, and with both phones fitted with a 4,100mAh battery and the potential to run the latest MIUI 8.1 OS, don’t expect any huge increases in the newer model. That said, this is a very generous amount of juice, particularly for a budget phone, and should get you through a couple of days. (And you can always use a power bank if you need more.)

Xiaomi Redmi Note 4X review continues on the next page >> 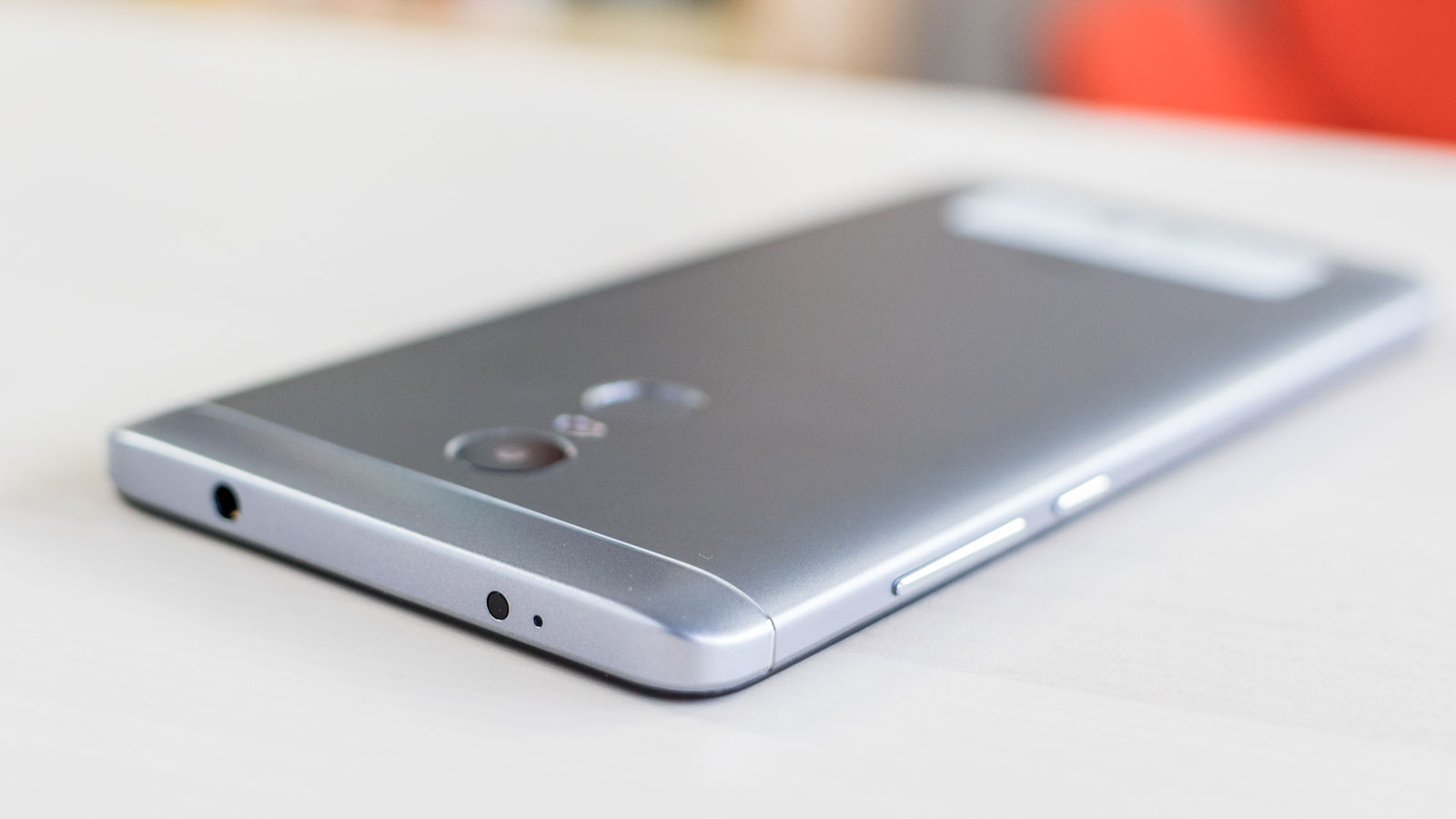 We were hoping with the increasing popularity of mobile payment services that the Redmi Note 4X would add NFC to its spec sheet, but alas it does not. Xiaomi has upgraded the Bluetooth from 4.1 to 4.2, but it has also snatched away the 802.11ac wireless networking connectivity.

Something you can’t take for granted these days is the IR blaster built into both smartphones – this is becoming rarer and rarer. You also get GPS and GLONASS, and OTG.

One of the great things about buying a Chinese phone is its dual-SIM operation. This Redmi Note 4X, in common with its predecessor, will accept two SIMs in a dual-standby fashion, or one SIM and a Micro-SD card. If you want to manage two phone numbers without carrying two phones, it’s a very useful feature to have.

Be warned that several versions of the Redmi Note 4X exist, and only the Global edition (sold here) supports all three UK 4G LTE bands. Also see: How to tell whether a phone is supported by your network.

On paper the Xiaomi Redmi Note 4X appears to have the same camera setup as the Note 4, but we believe the 13Mp Samsung primary sensor has been swapped out for a Sony IMX258. That’s great news, because we really weren’t overly impressed by the soft detail offered by the Note 4’s camera. Also see: Best phone cameras 2017

By comparison the Note 4X takes a decent photo at this price point, with bright, natural colours and good levels of detail – we were able to make out the characters on street signs from our seventh floor roof terrace. HDR mode really makes a big difference, though, so don’t forget to experiment with that also to get the best photos from the Note 4X.

You can see a couple of our Xiaomi test shots below, with Auto settings and HDR mode engaged respectively.

You’ll find the standard Xiaomi Camera app installed on the Note 4X, complete with various useful shooting modes including Manual and Beautify and real-time filters. It’s clean and easy to use.

The Xiaomi Redmi Note 4X runs MIUI 8.1, which is a customised version of Android Marshmallow. It’s a fair deviation from the OS, with the app tray removed and the settings menu rearranged, but a search option here quickly helps find the items you need. Also see: Best phones 2017

Drawbacks of Xiaomi phones for UK users is usually that they come without Google services preinstalled, that they don’t support the 800MHz band (Band 20) required by some mobile operators for 4G LTE access, and that you often have to find your way through various Chinese-language apps and notifications.

The Global edition we’ve reviewed here, however, is different. The Play store and a few Google apps are preinstalled, and you can configure it for UK use out of the box.