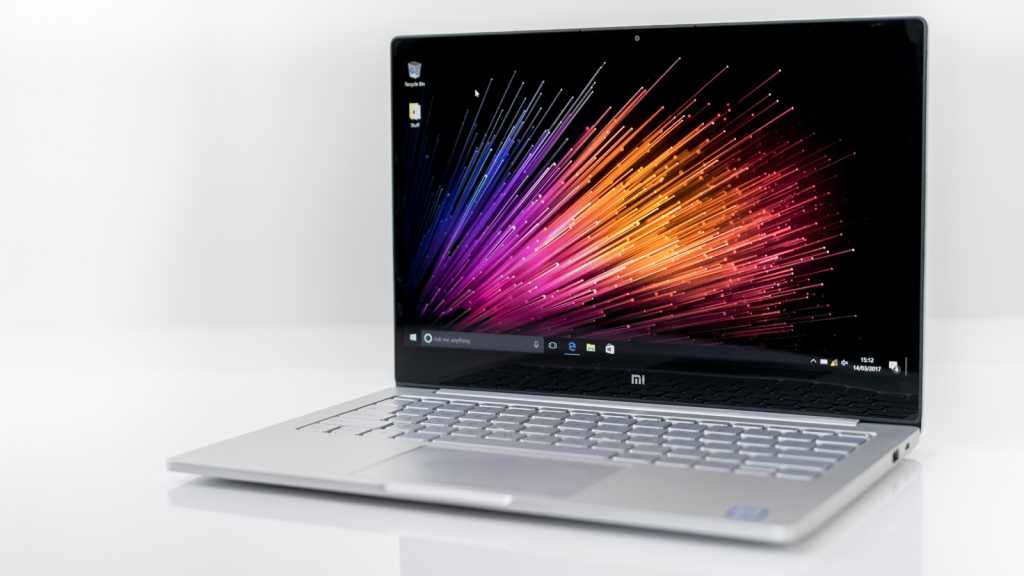 If importing the Xiaomi laptop then installing Windows 10 doesn’t put you off then the Mi Notebook Air 13 is a decent choice. It offers great build quality and the specs mean great performance, namely thanks to the Nvidia graphics card (a rare thing) even if the processor is an old generation. Our main gripes are the lacklustre battery life and lack of an SD card slot.

Xiaomi has made a name for itself when it comes to gadgets like phones and tablets but also has other devices like drones, wearables and more. The Chinese firm also aims to take on laptop giants like Apple with the Mi Notebook Air and here’s our review. Read: The best laptops for 2017.

Check out the new Mi Air 13 with Intel Kaby Lake.

Xiaomi Mi Notebook Air 13 price and where to buy

As you might know, Xiaomi doesn’t have a UK store and British retailers don’t stock its products either. However, don’t stop reading now because it’s easy enough to get your hands on the Mi Notebook Air.

As with many Chinese devices, you can buy and import the laptop from Gearbest and the Mi Notebook Air for under £500 if you choose the 12.5in model in Gold. There’s also a 13in model with higher specs if you’re happy to pay £800 which is the option we’re reviewing here.

That’s a good price for this sleek laptop with good specs but it’s not the only cost. You may have to pay import tax which in our case was £19.

Update: Although it was £800 at the time of publication, it’s now as low as £549 if you select the HK warehouse. You can then use code ‘GAirS13’ to drop the price to £533. Gearbest pricing changes a lot so this may go back up again.

Another complication is that the laptop comes with Chinese language Windows, so you’ll need to sort that out unless you’re fluent. You’ll need to log into your Microsoft account, make a Windows 10 installation USB to change it to English. Choose “troubleshooting”  on the Windows activation screen and it should find a valid activation code.

Is it worth all the hassle? Find out what the Mi Notebook Air has to offer.

The Xiaomi Mi Notebook Air has a striking, yet odd design. The, in our case, silver chassis looks great but the lack of any branding or logos on the lid is a little disconcerting and looks unfinished.

It’s not some knock-off white label device though and open the laptop up and you’re greeted by a Mi logo below the screen on the glossy black bezel which provides a nice contrast in colour.

You’re forgiven for thinking the Notebook Air looks like many of Apple’s MacBook laptops, but the silver keyboard which matches the casing gives it a distinct style. After all, how different can you make a laptop?

The aluminium structure gives the laptop a strong and rigid feel but, in this case, does make it heavier than you might expect. It’s still a pretty lightweight laptop at 1.28kg and we were perhaps spoiled by the staggering LG gram 15 which is bigger yet weighs just over 1kg.

Everything is nice and symmetrical and we enjoy using the large and responsive trackpad. We also like the flat island style keys which offer a smooth and quiet action. The keyboard is backlit (either on or off) but it’s not the best with an uneven distribution of light and you won’t want to use it unless it’s dark.

You’ll also need to bear in mind that the keyboard layout is US rather UK which can be annoying at times.

Spending a bit more on the 13in model will get you a lot more than a larger screen. In fact, it’s only half an inch bigger and still comes with a Full HD resolution (1920×1080).

The IPS display is glossy and reflects light which isn’t ideal but has excellent performance when it comes to contrast and colour reproduction so you could use it for photo and video editing.

What more impressive cannot be seen as the core specs are under the shiny exterior.

For starters, you get an Intel Core i5-6200U processor which is clocked at 2.3GHz instead of a Core M3. This is backed up by a decent 8GB of RAM and you’ll be able to breeze through general tasks like web browsing, word processing and the like.

In our benchmark tests, the Xiaomi Mi Notebook Air 13 scored 2810 in PCMark 8 Home and 6077 in Geekbench 4. That’s not bad at all, beating the Acer Swift 5 with its 7th-gen Core i5 in PCMark and not too far behind in Geekbench. It even beats the latest Core i7 wielding Dell XPS 13 in PCMark.

Much of this is down to the fact it comes with an Nvidia 940MX graphics card, wheras the mentioned rivals rely on integrated graphics. This make a big difference in performance and means the Mi Notebook Air 13 is also able to do a bit of gaming.

Our 3DMark tests failed to run but we were able to play Rocket League smoothly at 720p and high quality graphics via the GeForce 940MX.

You get a reasonable amount of storage with a 256GB SSD and you can opt to replace this with a larger capacity or even add a second via the empty slot.

Although the laptop has a few ports, there’s no SD card reader which is a shame. What it does have is USB-C (used for charging), 2x USB 3.0, HDMI and a headphone jack.

That’s all fine but we’ve found various things are way too snug in the USB ports and get a little stuck. Other specs include 11ac Wi-Fi, Bluetooth 4.1 and a 1Mp webcam. The integrated speakers are above average.

Also under the hood is a 5400mAh (40Wh) battery which Xiaomi says will offer 9.5 hours of battery life. That’s not very big compared to rivals and in ours tests lasted around the seven hour mark when playing a 720p video at 120cd/m brightness.

For example, the Acer Swift 5 will last nearly 11 hours and Dell’s XPS 13 can keep going for a whopping 12.5 hours. The slight saving grace is that fast charging via the USB-C port means you can get the battery to around 75 percent in 45 minutes but that doesn’t help when you’re in a situation with no power outlets.