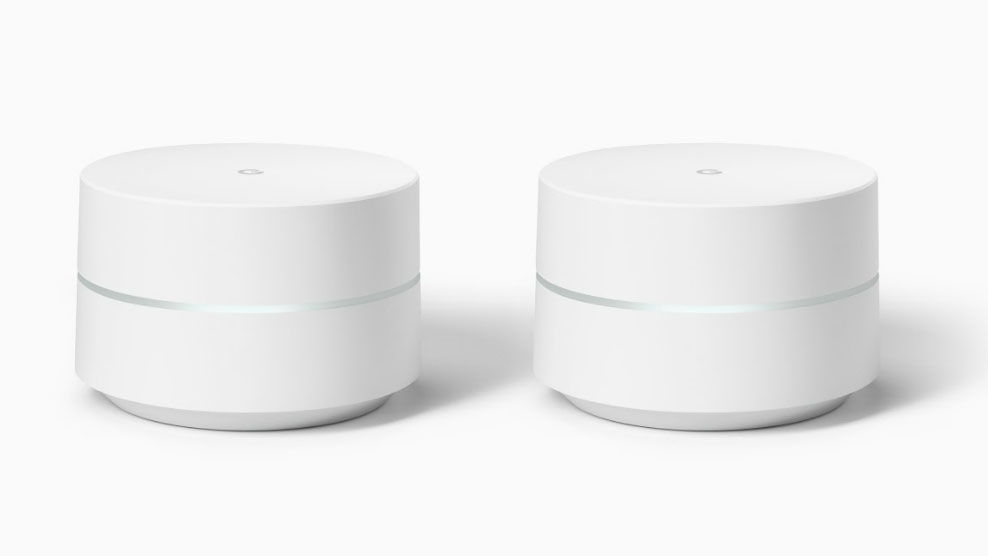 The delay in bringing Google Wifi to the UK means that it’s now facing some pretty strong competition in terms of both price and performance. Its price is quite affordable, and it provides a good all-round combination of performance, reliability and ease of use that makes the Google Wifi a good option if you need to improve the coverage of your Wi-Fi network at home or in your office.

So-called mesh networking really seems to be the fashionable home tech at the moment, and the Google Wifi arrived a little late to the party that is already attended by impressive products such as the Netgear Orbi, Linksys Velop, and the home-grown BT Whole Home kit. You’ll find more alternatives in our roundup of the  best mesh Wi-Fi kits.

It may just be fashionably late, though. Google Wifi was announced and launched in the US in 2016, it arrived here in the UK only a few months later at exactly the same time as the headline-grabbing Google Home.

Like its rivals, Google Wifi offers better wireless coverage around your home by using two or more access points placed in different rooms.

Basically, each device is an 802.11ac router which doesn’t include a broadband modem, so you’ll need to connect one of the ‘Wifi points’ to your existing modem or router using an Ethernet cable.

You can then place a second device in another room where your normal Wi-Fi signal isn’t very good, and the two points will communicate with each other in order to provide a stronger and more reliable signal that can be used by multiple devices throughout your home.

There are also two Ethernet ports on each device, in case you need a wired connection for devices that don’t have Wi-Fi.

You can buy a single Google Wifi point for £129. There’s really no point in having just one, since it won’t offer any better coverage than an 802.11ac router.

The benefit comes in having two or more, and a pair costs £229 in the UK from Google and is better value. In March 2018, Google began offering a three-pack in the UK at £329, so you’re effectively the second two units for £100 each instead of £129.

Although it’s expensive, it’s not the most expensive around: the two-piece Netgear Orbi costs £350, as does the Linksys Velop.

However, the three-piece BT Whole Home kit costs  £179.99 from Amazon, which will obviously be one of the most tempting deals for anyone in the UK – unlike the Home Hub range, BT’s Wi-Fi kit can be used with any broadband supplier.

In the US, the single Google Wifi costs $129. There’s no two-pack, and the three-pack option is cheaper than the UK’s at  $299 from Amazon.

We were, however, a bit annoyed that the app forces you to sign in to a Google account before you can use it. Not everyone has a Google account after all, and that shouldn’t be necessary if you just want to plug in and connect to the internet in a hurry.

But, on the positive side, we were impressed to see that the app includes both an email address and 0800 telephone number for technical support, which is something that few of its rivals provide.

Once you’ve signed in with your account details, the app does work well, and provides some clever and useful features. The app initially uses Bluetooth to connect your smartphone or tablet to the Google Wifi points, and that allows the app to quickly configure each Wi-Fi point for you.

It checks that they’re communicating properly, and that they can connect to the internet via your existing router or modem. The app can also test the speed of the connection between the Google Wifi points, as well as the upload and download speeds of your main internet connection.

Other features include the ability to create a temporary guest network for visitors, and you can even schedule a pause in the Internet connection for specific devices, such as a games console, to help you drag the kids (or dad) to the table at dinner-time.

It’s well thought out, and has useful features – such as the guest network – which are inexplicably missing from some rivals, including BT’s.

Google doesn’t make many claims about the performance, and the AC1200 specification certainly isn’t top-of-the-range. But, of course, the emphasis with mesh networking devices is on reliability rather than sheer speed.

For reference, BT’s Home Hub 5 router gives us a speed of around 94Mb/s for devices that are in the same room, but drops to barely 9Mb/s after fighting through a series of partition walls to reach a back bedroom.

With the first Google Wifi connected to the Home Hub we saw speeds of 435Mb/s for devices in the same room – equalling the performance of the more expensive Netgear Orbi.

The second Google Wifi point in the bedroom did well too, hitting a steady 50Mbps. That’s not as fast as the Netgear Orbi or BT Whole Home, which barely slow at all for the bedroom connection, but it’s more than fast enough to handle the sluggish speeds provided by BT Broadband, and perfectly adequate for gaming and streaming video.

It’s important to know that you may see better or worse results depending on the size and construction of your home. We provide these results for reference and comparison, not as a guide to what you can expect to get.