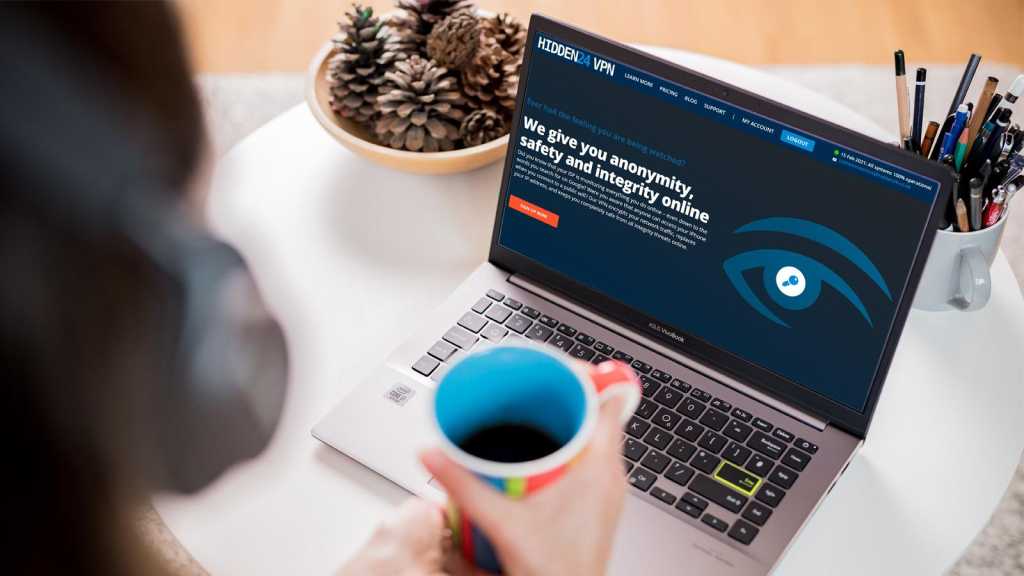 Hidden24 is a secure VPN that’s designed with privacy as a priority. Convenience is lacking and it only works on devices which support VPN connections natively. But if you want security and privacy, it might just be what you’ve been looking for.

Hidden24 is a small VPN provider which operates very differently to its rivals. Born out of a need for privacy, a group of journalists created Hidden24 in response to Sweden’s snooping laws.

Now, it offers its services for free to all journalists, but for everyone else, it’s a paid-for service.

There are servers in the UK, USA, France, Germany, Italy, Spain and Sweden and it will unblock iPlayer, Netflix (in those countries), Disney+ and more.

But, the real focus of this service is security and privacy. As a result of this, there are no apps which means you have to configure VPN connections for each server manually on each device you want to use.

That’s a one-time chore that doesn’t actually take much time, but it does mean you cannot run Hidden24 on your Fire TV Stick, Samsung Smart TV or any other device that doesn’t natively support VPN connections.

The solution is to use a router that supports VPNs, but this does mean all your internet traffic will run via the VPN, all of the time.

Again, though, Hidden24’s aim is privacy and security when you need it, not video streaming or routing all internet traffic through a VPN.

It’s therefore well suited to those who care more about total privacy than anything else.

If you’re still reading, you’ll want to know why Hidden24 is any more secure than NordVPN, ExpressVPN and other services.

It’s because it uses its own proprietary hardware – more like a router than a server – which is entirely owned and managed by the company. All it rents is the space in the server centres (and the internet connections). It even goes as far as renting entire racks, leaving empty space that still has to be paid for, simply to ensure that the only people who have physical access to the server are Hidden24 employees who are the only ones with keys to those racks.

Cloud-based VPN services – NordVPN, Surfshark and virtually all other rivals – rent servers from datacentres. They may call them ‘bare metal’ servers, but the truth is that they still have to run their proprietary software in a virtual machine on top of some kind of Linux installation.

What this means is that datacentre employees can – theoretically – access those servers and potentially install logging software without the VPN provider knowing. Some mitigate the risk by running RAM-only servers but with physical access to the servers, there is always a risk.

This is why the service covers only seven countries.

For most people, convenience is more important than security. Being able to scroll through a list in an app and pick a country is preferable to configuring a new VPN connection for each server individually.

Being able to install an app on a smart TV or streaming stick is also preferable to having no option to use the VPN service at all with those devices. The only alternative is to configure your router’s VPN settings – if it has any – so that all connected devices run via the VPN, which isn’t ideal either.

Hidden24 considers it an advantage to have no apps: there’s nothing to download, nothing to clutter up the Windows Registry and no need to give an app elevated rights and permissions (including root access) to make changes on your device.

It also points out that no app means less drain on system resources, in turn meaning longer battery life and better performance.

But for most people, the disadvantages of not having an app far outweigh those advantages. For example, without an app for Windows there’s no kill switch, which would stop any data being sent or received should the VPN tunnel unexpectedly collapse.

You’re totally reliant on the features and encryption protocols offered by the device, too. That means no OpenVPN, no WireGuard. At least Hidden24 now supports IKEv2: previously it used the old L2TP/IPsec which some VPN services discontinued using several years back.

There’s nothing wrong with IKEv2 in terms of security, but speeds aren’t as quick as WireGuard, if that matters to you.

The company uses Google’s DNS, but this is fine as the queries are routed via the VPN itself. It does mean you might see some strange results when checking for DNS and IP leaks. When connected to the Spanish server, for example, Google DNS servers the Netherlands and Belgium were used.

During our testing, we found no IP or DNS leaks.

As it is a smaller service, it tends to fly under the radar as far as streaming services are concerned, so we had no issues watching US Netflix or Disney+ from the UK, nor accessing BBC iPlayer using the UK server.

To answer the question: “Which devices work with Hidden24?”, the answer is any that have setting for a VPN. That means Windows, macOS, iOS (above), Android and more (routers and NAS drives, for example). Some may have shortcuts to start a VPN connection – like Windows – while others might force you to go into their settings to enable and disable it.

A lot of VPNs talk of zero logs policies. But dig into it and you’ll find that there is logging going on. Hidden24 says it doesn’t do this: it doesn’t log anything at all. Not your IP address, not the time you connected, disconnected, how much data you used, nor any ‘aggregate’ logging which takes anonymous usage data to optimise the service or for any other reasons.

When you sign up, the only details asked are your email and card details. It’s good that you don’t have to enter your name or address, but there’s no way to pay for the service anonymously as the only option is credit or debit card.

The company says it really doesn’t know who you are and this is why it doesn’t offer any refunds. This part doesn’t make a huge amount of sense as every other VPN service we’ve reviewed now has some sort of money-back guarantee. There’s no trial either, so if you did want to try first, it’s best to subscribe for just one month: this is more reasonably priced than other services at £4.99 including VAT ($5.99 in the USA).

There’s one other limitation of the zero knowledge approach: just one connection. While other VPN services let you have, say, five or six devices using the service at the same time (which requires logging to know how many devices you’re using), you can only use one with Hidden24.

If you connect on a second device, it will stop the connection on any device currently using it, so you have to be a bit careful.

There are plenty of setup guides, available as PDFs, for various operating systems but these haven’t been updated for IKEv2 and only describe how to configure an L2TP/IPsec connection.

Put simply, Hidden24 can’t compete with its rivals when it comes to support.

You may like the sound of a reasonably priced one-month subscription which you can buy as and when you need it. It works out cheaper to sign up for a year though: £3.99 per month.

Quite a few VPN services quote prices without taxes, only adding UK VAT at the checkout. So £3.99 is more competitive than it sounds, though less so considering the limitations of Hidden24’s service.

For alternative recommendations, see our roundup of the best VPN services.

In our use of Hidden24, connections are pretty quick and reliable. Speeds are comparable with other VPNs that use IKEv2, but ultimately, this is a VPN service for those that require excellent privacy and security over and above everything else.

If that’s you and you won’t need to have more than one device connected at the same time (or you’re happy to use the service via your home router), Hidden24 is a fine choice. Just remember there’s no kill switch.

For those that just want to unblock US Netflix, there are cheaper, more convenient options such as   Surfshark and Ivacy.