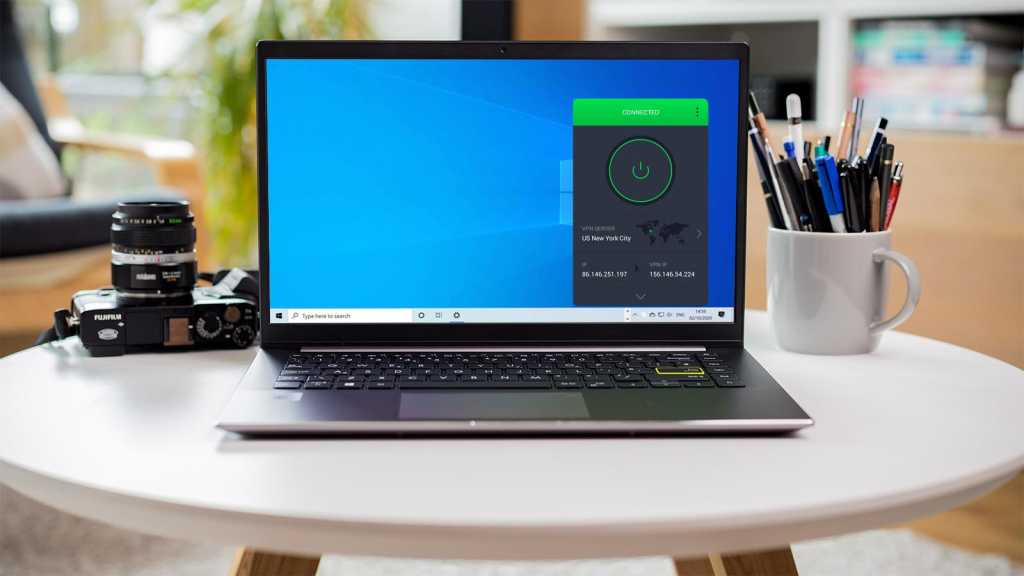 PIA is an well-featured VPN service with plenty of servers. It’s good value, too.

Private Internet Access is known as PIA by its users and celebrated its 10th anniversary in 2020. We’ve tested the service several times over the years and it has improved consistently.

Just recently, Private Internet Access added over 20,000 servers to its network which means it has way more than any other VPN service we’ve tested. Over 11,000 of these are in the US (where the company is headquartered) and you can see the breakdown on it’s its network page. They cover 77 countries, giving it very broad coverage.

Private Internet Access offers apps for Windows, macOS, iOS, Android, Linux and browser extensions for Chrome, Firefox and Opera. It doesn’t support  Amazon Fire TV, but there’s an install guide on its website explaining how to download the Android apk and use that instead. It would be nice to see an official app for Fire TV, though.

The service didn’t used to label servers as being for any particular task but there are a few, such as the London – Streaming one which is optimised for iPlayer (and yes, we checked – it works!). Private Internet Access also unblocks Netflix and it doesn’t matter which of the US servers you choose if you’re after the American library. It can also unblock other Netflix regions and other streaming services including Hulu and Disney+.

Starting with the Windows app, it quickly becomes clear that it’s designed for those who know their VPNs. It’s still very easy to use, but includes useful information on the server list such as the ping time (the lower the better) and you can favourite servers so they’re quicker to reconnect to.

There’s a large connect button on the main panel which automatically connects you to the best server. Initially, it looks like the panel is permanently attached to the taskbar, but dig into the (many) settings and there’s an option to have it as a floating window instead.

It’s nice that it shows your current IP address and, when connected to a server, your virtual IP address. Not many people will need this information, but it’s a nice visual confirmation.

The panel is expandable, which is brilliant for geeks, as it displays current upload and download speeds, plus the amount of data sent and received. There are shortcut icons to enable and disable advanced features (more on those shortly) and a handy ‘VPN Snooze’ timer which lets you set a short period when the VPN will be disabled, then automatically reconnected.

Settings are split into several sections, and include options to launch PIA on startup, connect on launch and, under ‘Privacy’, the kill switch settings.

It’s great to see the kill switch is enabled by default, so all traffic will be blocked if the VPN connection drops. Unlike rivals you have two choices: Auto (the default) which blocks any traffic flowing outside the VPN when connected. The Always setting is different: it will block any internet traffic at all if the VPN isn’t connected.

MACE is an extra feature which blocks internet ads and trackers.

Under ‘Network’ you’ll find the option to use PIA’s DNS servers (the default) but you can also use your ISPs (not recommended) or even your own custom server settings.

There really are features galore in the Windows app, including the ability to forward ports, which might speed up P2P downloads, and a Proxy section where you can configure extra protection. There’s now a Dedicated IP menu, but you’ll need to pay $5 per month for one of these – they’re not included with a standard subscription.

The Connection Preferences have been simplified since we last looked: you can no longer select the type of encryption, handshake and connection type used. This may frustrate power users, but the vast majority will only want to pick the protocol and choose WireGuard over OpenVPN.

A feature which was added around a year or so ago is split tunnelling. This allows you to choose which apps use the VPN rather than all apps. You can create a whitelist or blacklist this way and choose whether the list of apps uses the VPN or bypasses it.

If you only want your web browsing to be secured by the VPN you can install the Chrome, Firefox or Opera extensions. These look much like the main Windows app and work in the same way so are easy to use.

You’ll find virtually the same interface and set of features on macOS too.

Android and iOS apps often lack a kill switch, but with PIA, you get a kill switch on both platforms which is great to see. This is the Android app:

PIA is headquartered in the US, which is a red flag to anyone who knows about the 5-eyes (and 14-eyes) group of countries. However, while PIA can be asked to hand over data by authorities, its no-logs policy means there is no data to hand over.

It has demonstrated this is several court cases where it has not offered any data which could identify individual users. However, these were before the company changed hands in 2019. There have yet to be any requests since Kape took ownership. Kape also owns Cyberghost and NetProtect.

We’d like PIA to make its logging policy a lot more prominent on its website, and make its privacy policy a lot easier to read and understand. If you do read the privacy policy you’ll find only a terse reference to logging, but no actual details about what it does or doesn’t store when you use the VPN service.

You have to search the support section to find these, where you’ll find that no logs of any kind are kept so PIA doesn’t know when you use its service, how long for or what you do while you use it. Unfortunately, you’ll have to take the company’s word for it as it hasn’t released the results of any audits into the logging policy.

You can pay anonymously via Bitcoin, though, so you shouldn’t write off PIA as an option simply because it’s based in the US.

We found no DNS or IP leaks when testing Private Internet Access. This means our real location was always concealed. Only IPv4 is supported though, so all IPv6 connections are blocked. We’d like to see this resolved soon, because IPv6 connections are becoming more prevalent and quite a few rival services support both types of IP address.

Testing the speed of a VPN is a tricky business as speeds vary all the time and are affected by many factors. At the time of updating this review, lockdown prevented us using our office and it’s not possible to test how fast VPNs run on a slow home broadband connection below 40Mbps. All we could see is whether any servers ran noticeably slower than this.

If you have fast broadband you can do your own testing for free by signing up for a month as there’s a 30-day money back guarantee, so long as you don’t pay by Apple Pay (as refunds can only be processed via Apple).

Connection times are certainly fast and we only had one occasion where a connection was dropped, at which point the kill switch kicked in as it should have to cease all internet activity.

WireGuard is now supported and from what we’ve seen reported around the web, speeds can be pretty quick (up to around 400Mbps) but also surprisingly slow depending upon which server you choose.

As with some other VPN providers, certain servers are virtual. This is only an issue if your physical location is far from the server (because this always means slower speeds). Connect to Iran, for example, and you’ll actually be connecting to a server in Amsterdam. That’s not good if you’re in Iran, but it is if you’re in the Netherlands or even the UK as speeds should be faster than if the servers were actually in Iran.

Unblocking websites and streaming services is a key consideration for many people. We had no trouble accessing Netflix which worked first time, every time.

When we tested Private Internet Access in 2017, 2018, 2019 and 2020 it was unable to unblock BBC iPlayer. But finally that is sorted – at least for now – as when we tested the London – Streaming server from a physical location in France, we were able to watch shows with no issues.

The company also has 24/7 live chat, addressing the main criticism that we had previously about its support. No longer do you have to fill out a contact form with details of your problem and wait for a response.

PIA doesn’t offer a free trial, but its money-back guarantee has now been brought in line with the 30 days that most VPN services offer.

Either way, PIA isn’t the absolute cheapest, but it’s still very affordable. Note that it now lets you have 10 devices connected to the service at once, not 5 as before.

Plus, you get a year’s subscription to Boxcryptor Personal – a way to encrypt files stored in cloud storage – thrown in for free. This isn’t just the free version, it allows you to use it on multiple devices, rather than just 2 and it works with lots of services including OneDrive, Dropbox and Google Drive.

If PIA doesn’t suit, then you’ll find our other recommendations in our roundup of the best VPN services.

Private Internet Access is a great VPN service overall. It’s not the fastest or cheapest, but it does have a heck of a lot of servers, prices are reasonable and there are some advanced options you won’t find in other VPN apps.